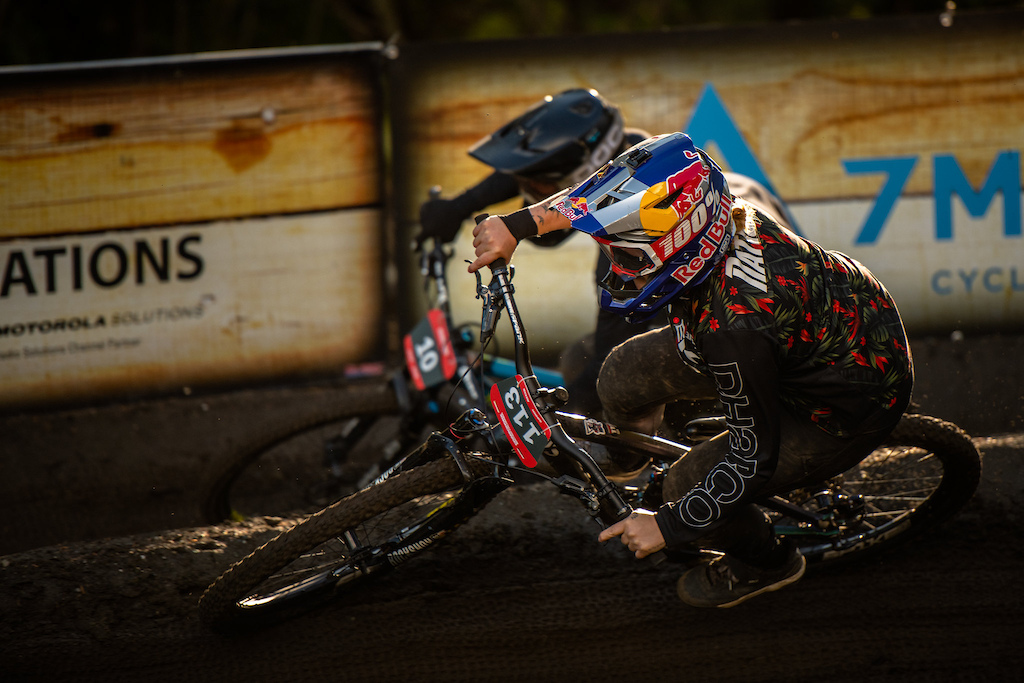 Over the past few days, we've followed the stories of our favourite riders as they’ve gotten in their final training sessions, packed up, and hit the road. Destination: Sun Peaks, British Columbia, Canada. Now, together on the same (perfect, tacky) soil, the games can begin.

Today, the first live broadcast from Crankworx B.C. will launch right here on Pinkbike, with four others to follow.

With events closed to spectators, we've got your front row seat right here:

Schedule for all live events is available here: crankworx.com/british-columbia/schedule/

Yesterday, athletes got their first taste of racing, with practice for tomorrow’s DH, and practice and qualifications for the Dual Slalom. 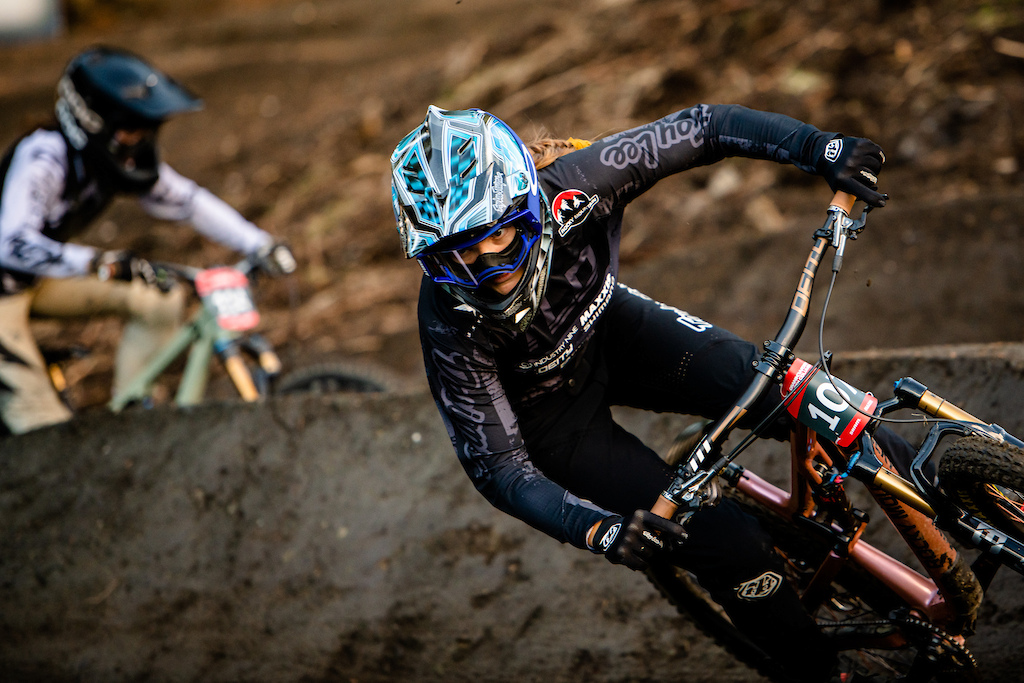 Qualifying first were Vaea Verbeeck and Bas van Steenbergen. Verbeeck has won two Dual Slaloms in Crankworx World Tour competition (both in 2019). She also made a clean sweep of the event during last year’s CLIF Crankworx Summer Series, winning all three. For his part, van Steenbergen hasn’t clinched a top spot in Dual Slalom in World Tour competition yet, with two second place finishes to his name (both in Rotorua). Like Verbeeck, he had great success at the Summer Series, winning two out of three. 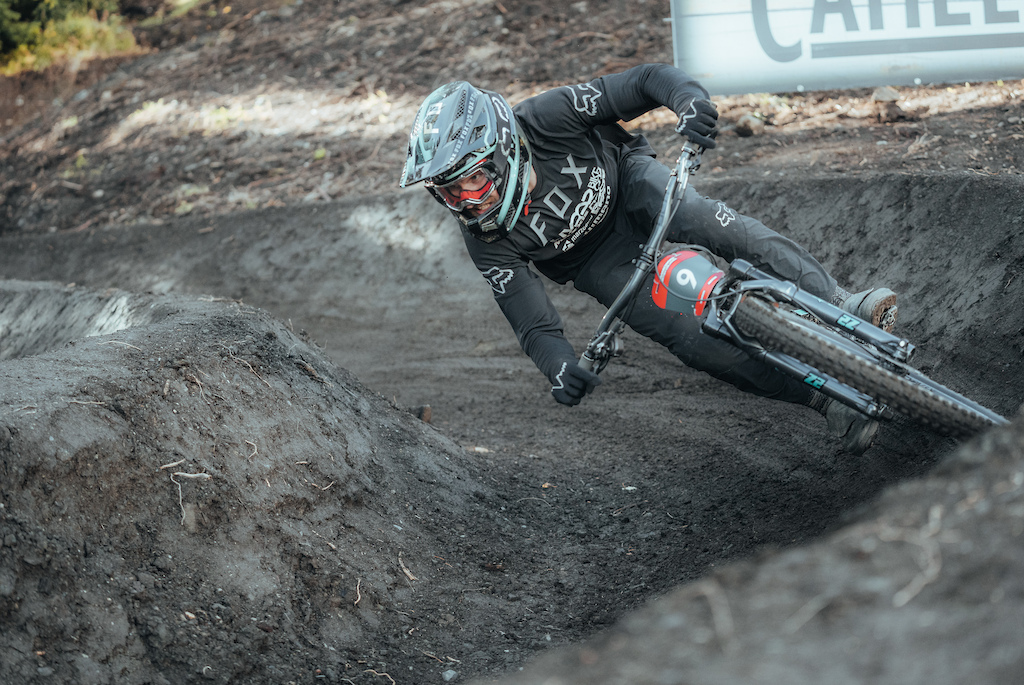 Other notable results include Tomas Slavik who had the fastest lap of the day at 26.252 and Tegan Cruz, just 1 second off the pace, qualifying in third. For the young RockShox Trek Race Team athlete, this is his first time racing in the Pro category. The 15-year-old (who’ll celebrate his 16th birthday next week in SilverStar with Crankworx) most recently won the Dual Slalom event in Innsbruck in the CWNEXT (next-gen) category. 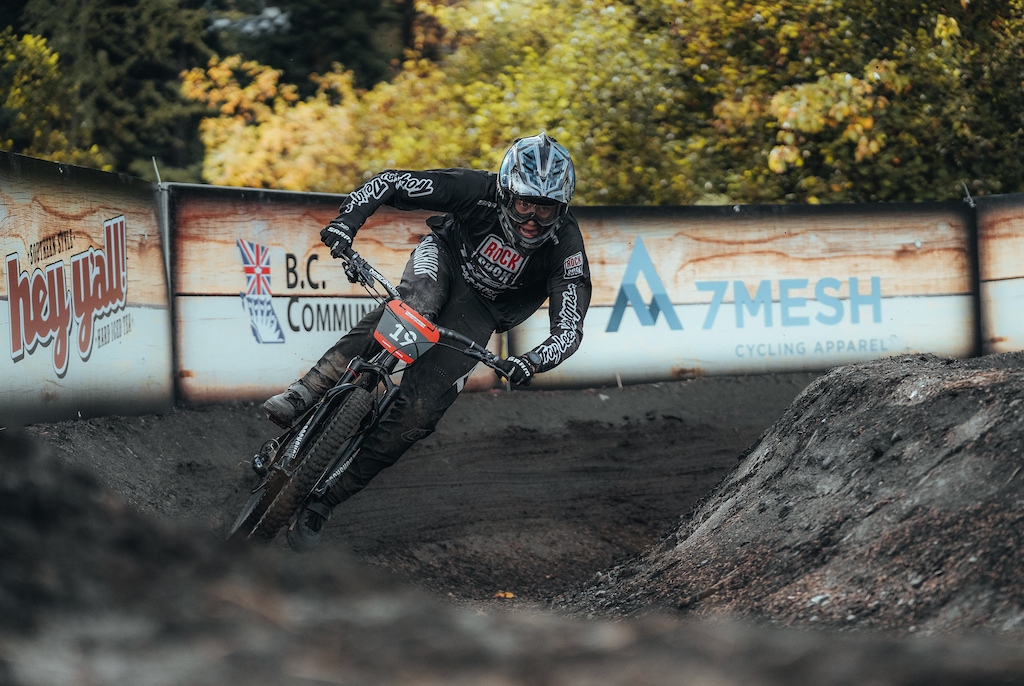 15 years old. Third in qualifying. Enough said. Photo: Jake Paddon
On the women’s side, Verbeeck’s timed runs were both fastest. Nipping at her heels were Kialani Hines and Danielle Beecroft. One back, qualifying fourth, the rider who took the Dual Slalom win in Innsbruck and is currently in the lead for the overall Queen of Crankworx race in the midst of the season of a lifetime.

Harriet Burbidge-Smith set off for a couple overseas competitions in May, intending to return home in June. Instead, she’s been riding a wave of success around the world since then.


In between events and competition since then, her year took another unexpected turn: she was offered a sponsorship with Red Bull Australia and a coveted Red Bull helmet. 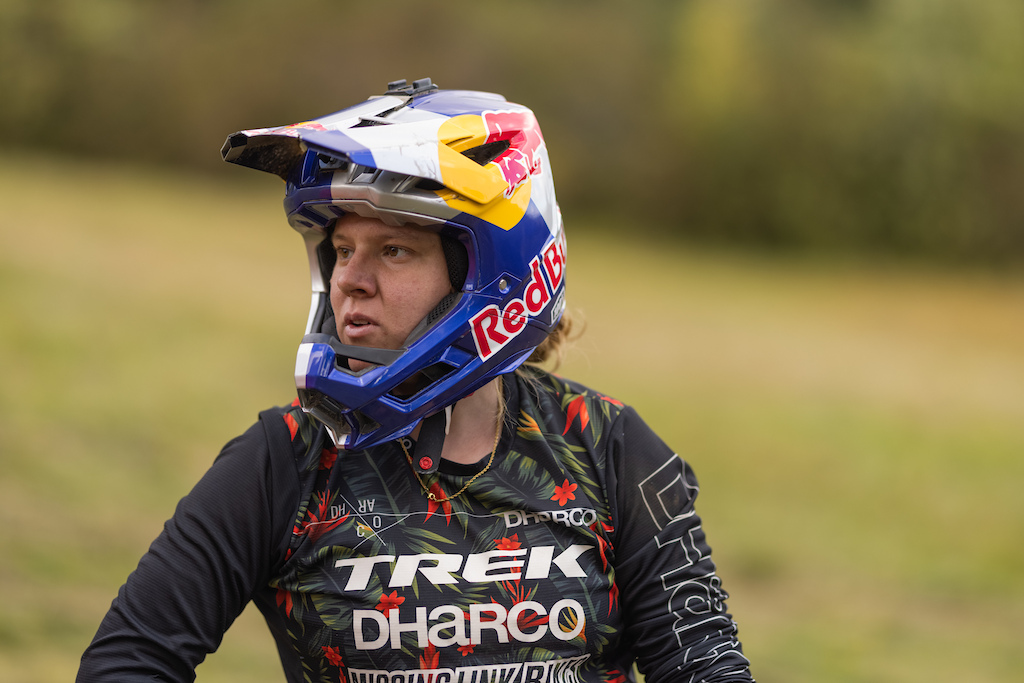 Photo: Clint Trahan
Burbidge-Smith’s rise mirrors the momentum in women’s mountain biking overall this year. Especially in the realm of freeride, many of the athletes at Crankworx this week have been part of a movement that has completely changed the game.


Burbidge-Smith and the roster of 29 other Crankworx B.C. athletes will be racing tomorrow on a new course at Sun Peaks Bike Park, built for the event but that will remain a permanent part of the bike park going forward.

It features a series of berms (watch for the second set that are especially tight), rollers, a spine, and a flat turn slalom section.

Get the full riders lists for all events across Crankworx B.C.: crankworx.com/results/start-lists/

onemanarmy (Sep 23, 2021 at 14:11)
That headline is a bit misleading. Reads like there are 5 live broadcasts... today. DS was entertaining though. Some of the guys coming out of that first inside berm where full gas.

stringbeane (Sep 23, 2021 at 15:36)
They really put BC cup and crankworks DH on the same weekend in the same province? All they had to do to not screw BC riders was put them a weekend apart.....
Post a Comment