GRAVITY GROUP will be present at World and European Championships, World Cups, Maxxis Cups and other international events placed in Germany, Switzerland and Austria. 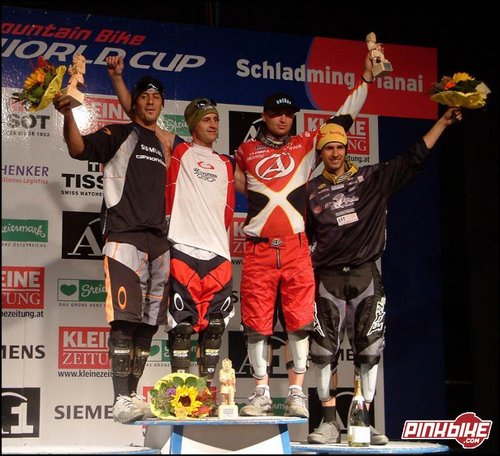 Filip Polc on World Cup podium in Schladming
GRAVITY GROUP is delighted to get to work with the following riders:

Filip Polc from Slovakia, regular on the podium, came back to the top circus after some contusions and finished 9th overall at 4X World Cup 2005. Because of his originality and consistency, Filip is a competitor in any event he enters and aims to finish top 5 in 4X World Cup 2006 overall.

Leiv-Ove Nordmark from Norway, who won 4X World Cup Final 2005, after a very successful 2005 season and a strong background in BMX decided to concentrate on four-cross racing this year.

Sam Blenkinsop from New Zealand got already into the act during New Zealand National Series. Sam has his eye set on the downhill junior title at the Worlds and working with GRAVITY GROUP will help him to prepare for this goal.

Lorenzo Suding from Germany represents the future of European downhill racers. He is a very committed athlete for this sport. 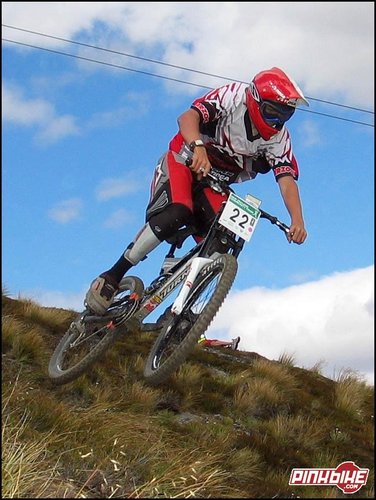 Sam Blenkinsop during training session in New Zealand
The GRAVITY GROUP team creator and manager Peter Siulczynski says: “2006 is the first year of our activity as a team. We are excited to demonstrate our quality due to top results of our talented riders, excellent preparation and professional service during all events. We look forward to great things working with TURNER BICYCLES and the rest of our partners.