For The Thrill: A mysterious mood. All "for the thrill." - Julian Clauss.

Sunday’s In The Park S2 E1 - Dirt Jumpers In The Park: Back at it with the dad cam videos. This time we’re at Panorama Bike Park riding with the dirt jump kids. We filmed two laps down Lookout and Punisher. Featuring: Paul Harrop, Stéphane Pelletier, and Liam Gould. Enjoy!

Cludio's Bla Bla Runs - Chur: Chasing Nino Schurter again on this third Blabla run of the day, still in the bike park of Nino's home town of Chur. He's not scared of jumping that XC bike, is he?!?

Caleb Holonko - Down Days: I don't care about your short attention span.

Into The Woods: Charlie Flynn in Wharncliffe Woods.

Pedal Through: Pedal Through invites us into the world of director-lead Analise Cleopatra as she discovers the healing and joy of mountain biking. Analise had never camped or ridden a bike off the pavement when she decided to plan a week-long mountain biking adventure with an all Black female team: her best friend and fellow newcomer to the sport, DeJuanae Toliver, and professional mountain biker Brooklyn Bell. Together, they traverse the Oregon backcountry on an adventure full of exploration, curiosity, waterfalls, old growth forest, sparkling starscapes, and deep healing. With raw authenticity, Analise shares all the intimate foibles, fear, fun, and beauty of discovering her place in the outdoors. The landscape opens to greet her as she learns to lean into uncertainty, accept support and trust herself on this wild ride.

Massive Backyard Pumptrack: Right about the time Covid-19 was hitting Arizona I had made plans to build a massive pump track in my new backyard. Luckily the shut down didn't affect our backyard dream build. My wife and I wanted a blend of fun freestyle jib features to ride BMX and MTB's ons. A project this big took some long days to get done before the spring heat settled in, even after it was ridable it needed some love. I learned a lot during this build, and no doubt have lots more to learn. The end result is a massive "fun track" that's a good layout for future add ons and endless ideas. Thanks for watching, hope you liked it - Adam.

Nathan Williams - Why Not? Trailer: "With no deadline in sight 'Why Not' featuring Nathan Williams is an independent video project shot in three years from California to Texas. With the idea of creating a new platform for a rider and filmer to produce their own content, we wanted to try something different and really take our time to create something special! Shot entirely in 4k/5k 'Why Not' features some of the most progressive riding BMX has ever seen in the highest resolution for your eyes to enjoy/ Please help us in spreading the word and supporting this project. Any and all proceeds will go back into creating more original content like this for everyone to enjoy! Click here to pre-order.

Nathan Williams - Why Not Leftovers? Only Nathan Williams would consider a nollie switch pegs on El Toro a leftover. Two and half minutes of everyone else's bangers are what's left on the cutting room floor for Nathan's upcoming nine-full-minute video part, "Why Not." The film drops on 8/7/2020.

Nathan Williams - Ender Ender: Our DIG Ender Ender series returns! KINK's 'Champagne' full length video was one of the most anticipated releases of 2019, and for good reason - it turned out to be an instant classic. Needless to say, Nathan Williams put out an epic section full of hammers, but his ender really blew everyone's socks off. Here's the full story behind the massive pegs hard three, from the man himself.

Ryan Sheckler - Being: Considered the first modern child star of skateboarding, Ryan Sheckler was competing at a pro level by the time he was 13, followed by his own reality television show, scores of pro accolades and the trappings of fame at a young age. Rather than burn out, Sheckler adjusted his focus and returned to his true love of skating. Now with the gift of perspective, he’s enjoying a new life of Ryan.

Braydon Szafranski Full Street Part: On October 31, 2016, we posted Braydon Szafranski's latest part - a two-song testament to clear-eyed focus. The part was knocking around in Braydon’s mind for years, but one traumatic experience in South Africa transformed the languishing project from an abstract goal into a very real opportunity to recapture that “little kid” feeling again.

My War - Sammy Buca: Baca got broke off going big for Baker 4, but no words can describe his dedication quite like this video. Twenty-seven bus trips from Vegas paid off in the end.

The Weight Of Gold: In a typical year, more than 3.6 billion people globally tune in to watch the Olympic Games. What most of these viewers don’t know is that just like one in five Americans, many of these Olympic athletes similarly face serious mental health challenges and struggle to find the necessary support and resources. The Weight of Gold seeks to inspire discussion about mental health issues, encourage people to seek help, and highlight the need for readily available support. It features accounts from Olympic athletes who share their own struggles with mental health issues, including Michael Phelps, Jeremy Bloom, Lolo Jones, Gracie Gold, Bode Miller, Shaun White, Sasha Cohen, David Boudia, Katie Uhlaender, and, posthumously, Steven Holcomb and Jeret "Speedy" Peterson (via his mother, Linda Peterson). 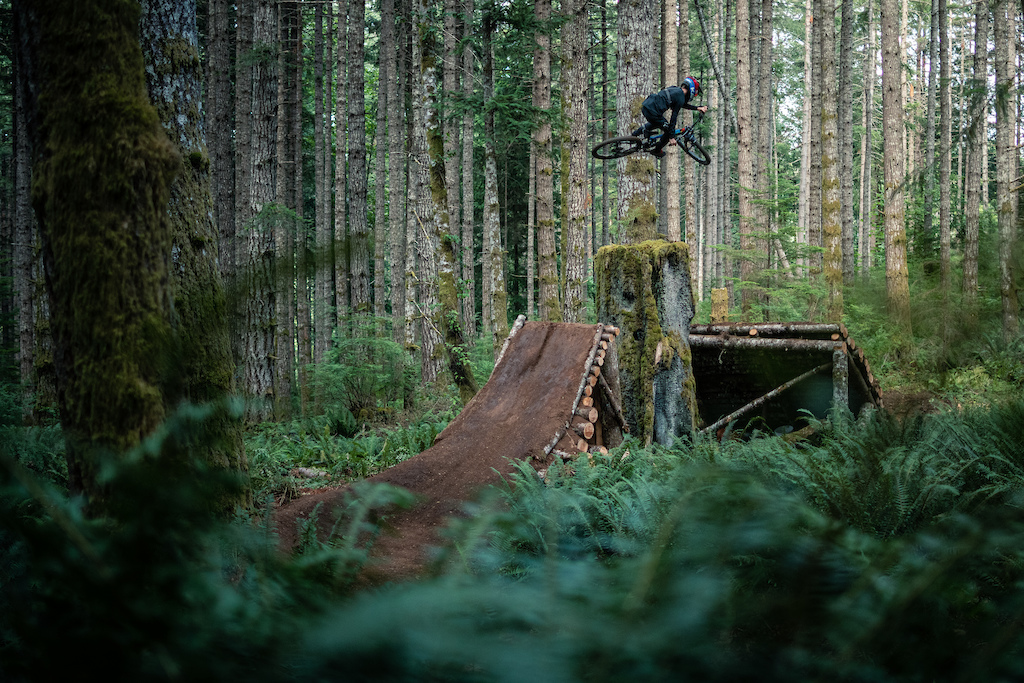 The-Foiling-Optimist (Jul 27, 2020 at 0:57)
Nino Schurter is amazing. But we knew that. Now, about skaters criticizing Ryan Shekler as as sellout allegedly ruining skateboarding. These are the kinds of arguments that go on inside academic disciplines where would-be grandees act as self appointed gatekeepers attempting control their subject and prevent newcomers from taking it in a new direction. This is why academia is often criticized as being an "ivory tower". I always love it when fields like skateboard do this as it shows that you do not need a lot of PhD's to fill a field of human endeavour with jerks.

Albatrosse (Jul 27, 2020 at 13:23)
for context its worth noting that skateboarders "selling out" nearly killed the sport at one point. skateboarders dropped skater owned companies in search of money from bigger corporate sponsors which effectively killed several skater owned companies. skateboarding experienced a downturn in popularity and those corporate brands dropped their support leaving the professional scene in a very tough spot.

skateboarders now know that chasing big corporate money comes at a cost, those companies don't hesitate to pull out at a moments notice which will leave the industry in tatters if it grows to rely on that money. skateboarding is now an incredible place of entrepreneurship and skater owned brands (minus shoes) - we learned our lesson and we don't hesitate to call people out who forget how much "selling out" can harm the entire industry and community.

djyosh (Jul 27, 2020 at 9:22)
That's from Mark Matthews' isolation series. It is odd that PB used the photo without linking to his videos.

The guy is criminally underrated and under-followed in this era of any kook with a GoPro and YouTube channel. That said, no need to go lurking on my page for lame footage!

smith006 (Jul 28, 2020 at 17:07)
@mmatthews: Where do we petition to get your vid added to the actual article? It's dumb they used your still without embedding the actual video.

fattyheadshok (Jul 29, 2020 at 17:55)
How come BMX and skateboarders don’t wear helmets? Only takes one shot onto concrete. Why are they anti safety equipment?

DroppingThreeTwoOne (Jul 27, 2020 at 8:35)
I really feel bad for all those Olympians who got million dollar contracts and super model wives and husbands... come on give me a break.

ryd-or-die (Jul 28, 2020 at 6:53)
why is it that you believe those two things preclude someone from your empathy? I suggest you come to grips with your jealousy of their material goods and realize that the kinds of difficulties in that video are terrible regardless of your SES
Post a Comment