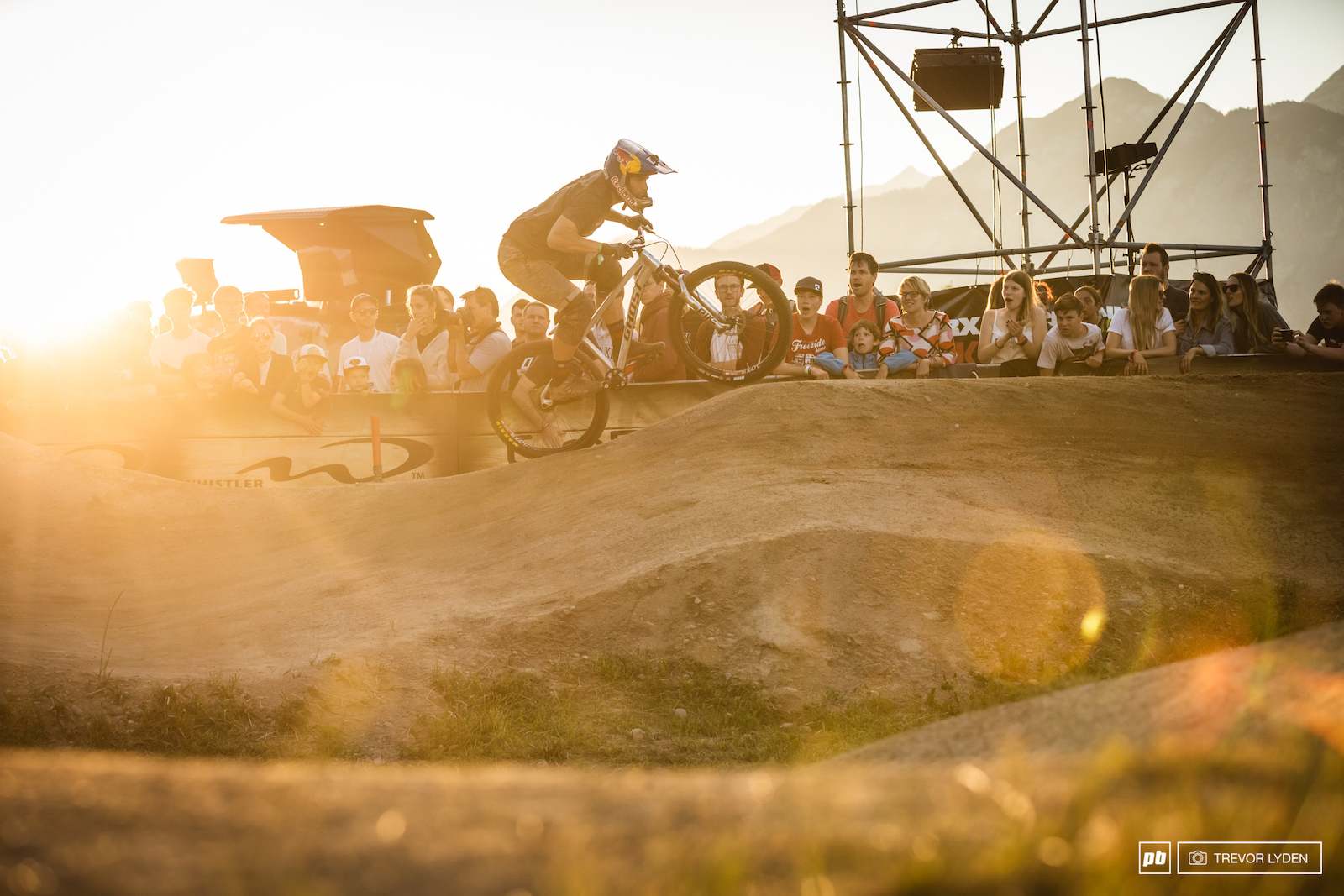 Crankworx Innsbruck
Sundown Showdown
RockShox Innsbruck Pumptrack Challenge
Photography by Trevor Lyden and Samantha Dugon
The sun may have been setting during the RockShox Innsbruck Pumptrack Challenge at Crankworx but the day's competition was far from over. With dual and pump track on the same day, this was a chance for the rhythm racers to rake in a load of valuable points and shoot themselves up the King and Queen of Crankworx rankings. A lot of riders doubled up in the two events today and that meant tired bodies and minds added an extra challenge for those who battled all the way through to the final rounds.

In the women's race, Kialani Hines underscored her dominance in this event and she has now gone two from two in 2019 pump track races. She faced stiff competition in the final from Mathilde Bernhard who battled to the win in this discipline in Les Gets last year ahead of Jill Kintner. In the men's race, Adrien Loron proved himself to be the King of pump tracks once again as he forged himself another win, beating Austin Warren in the final. 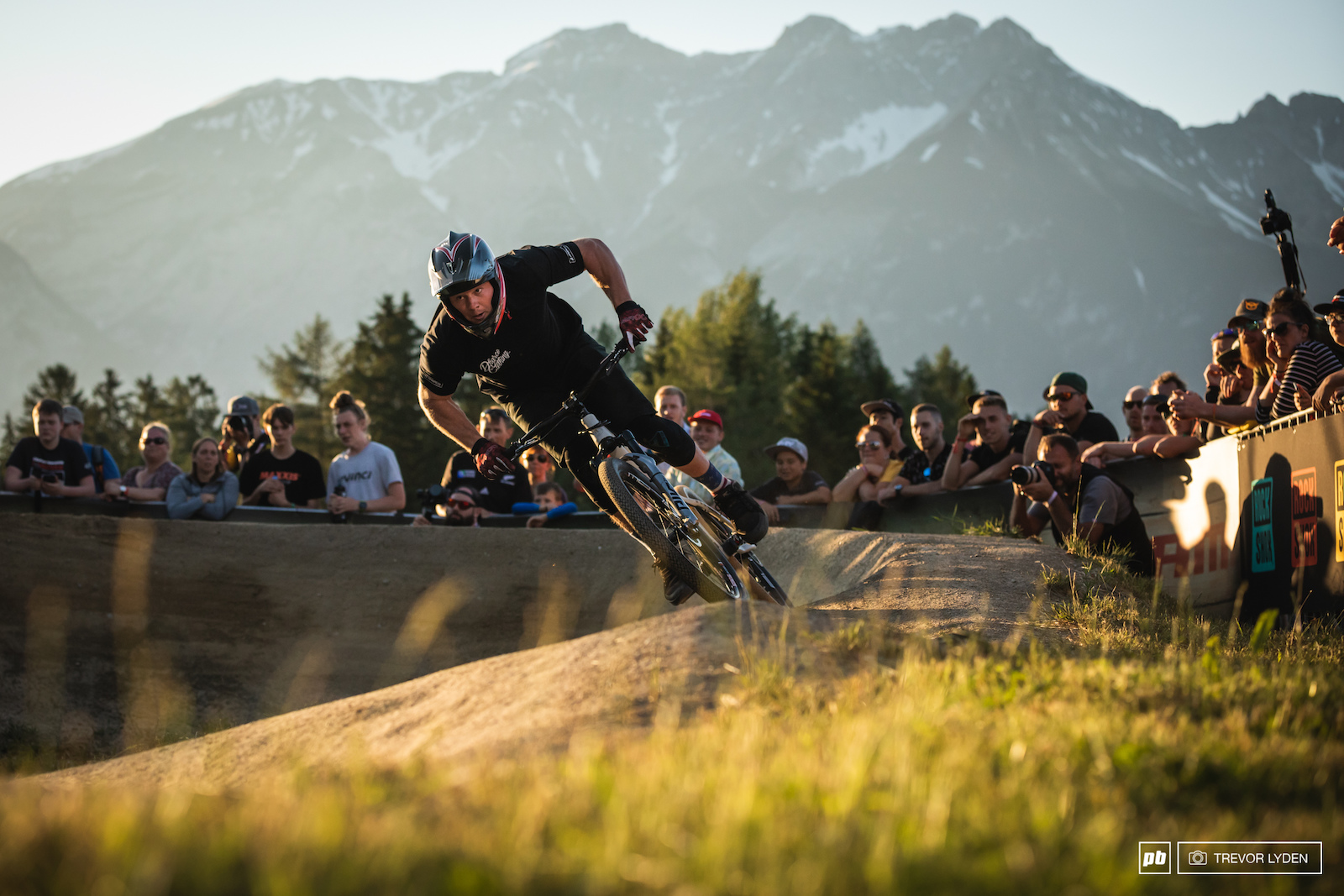 The early rounds were bathed in some glorious light, 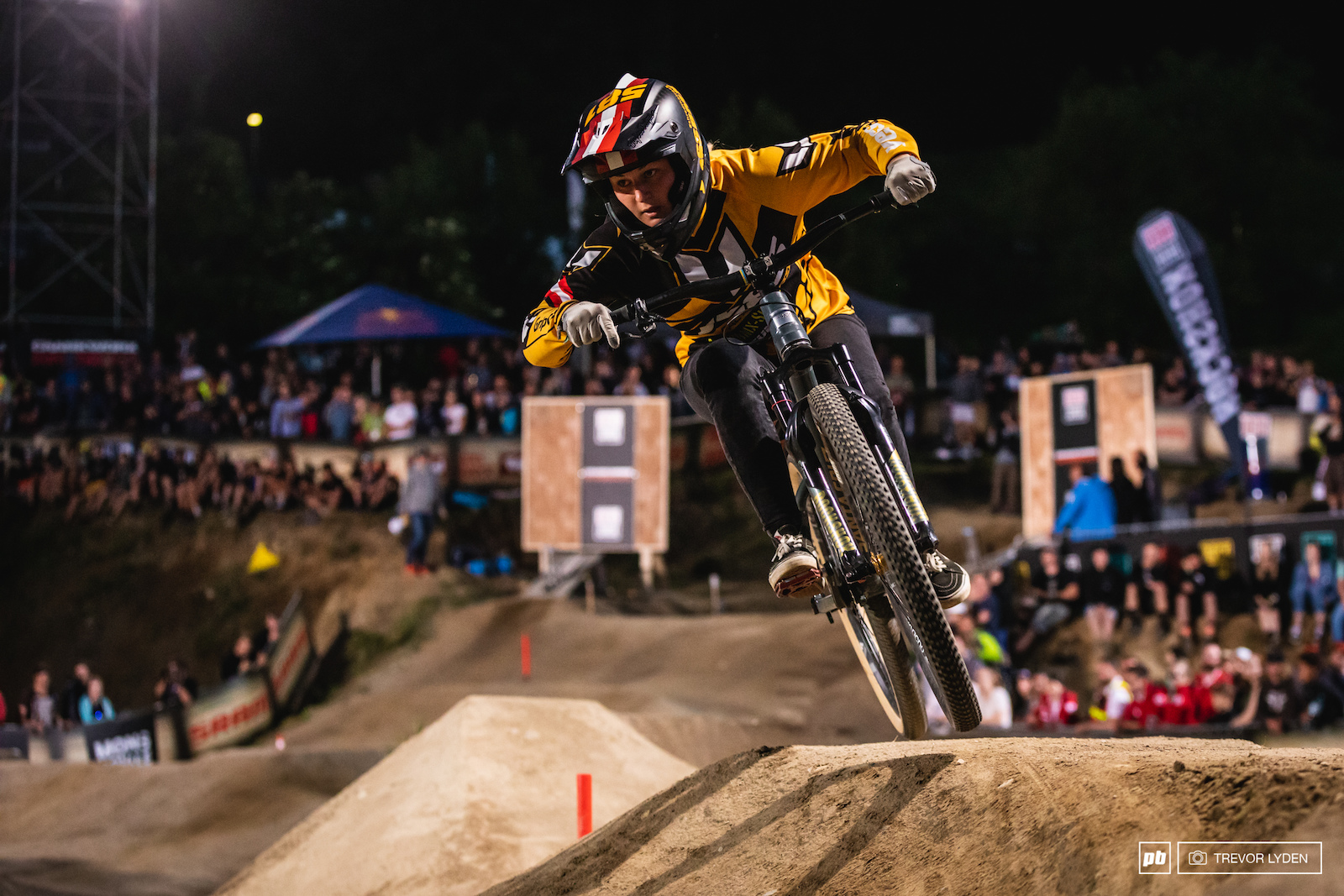 Local rider Vanessa Kager battled hard all night and came away with a well-deserved bronze. 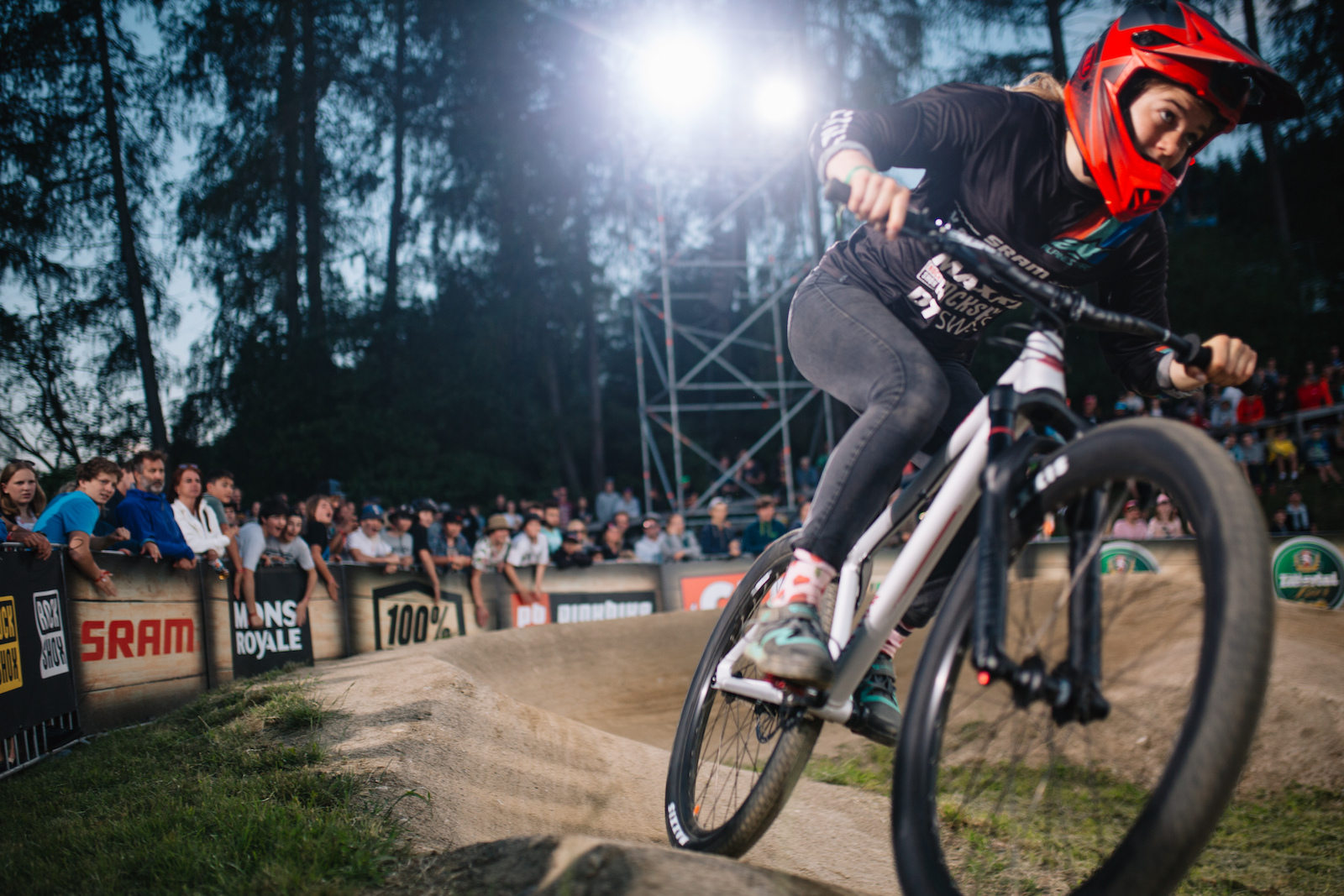 Anna Newkirk continued her foray away from downhill tracks and finished seventh. 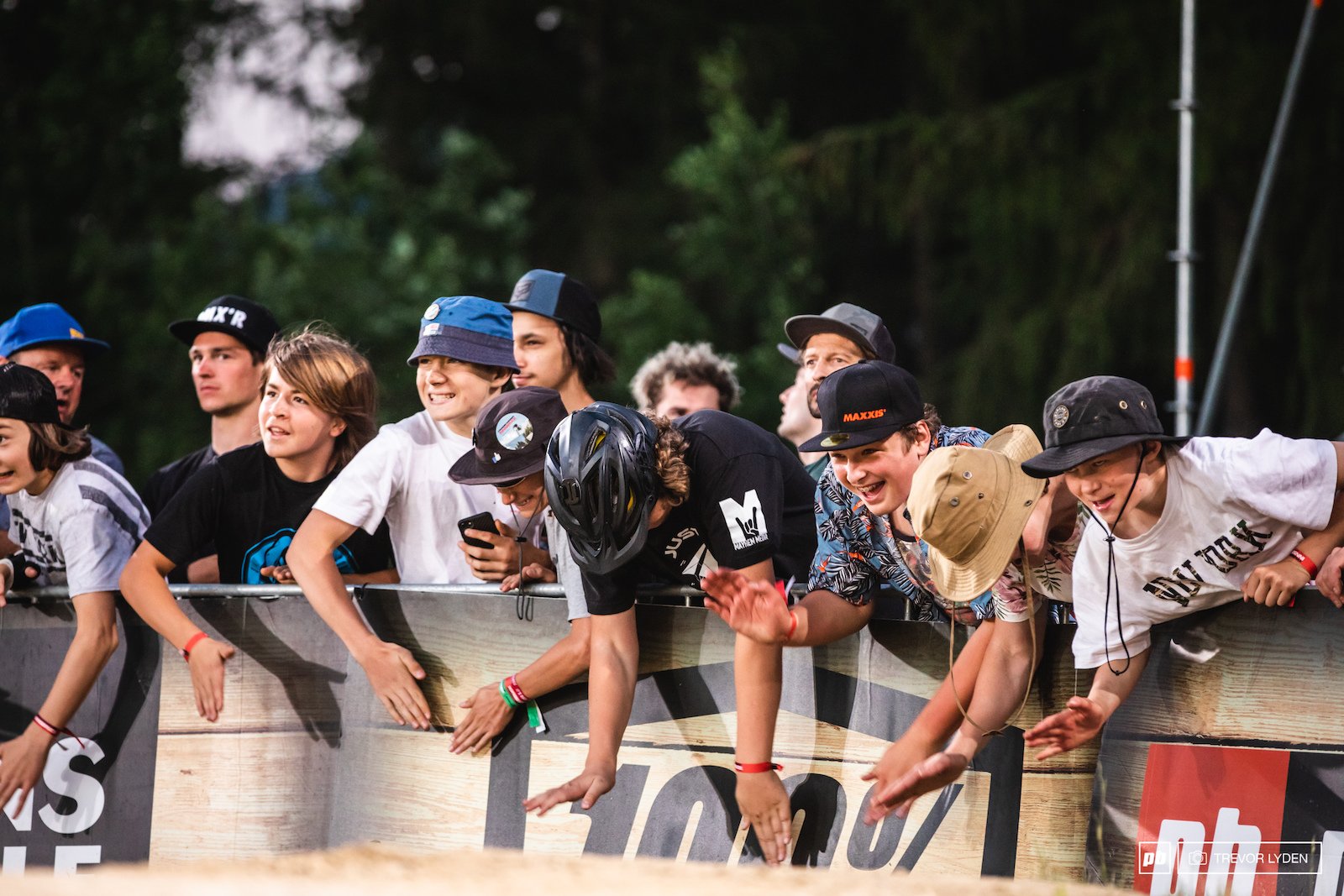 The fans were out in force and loving every minute. 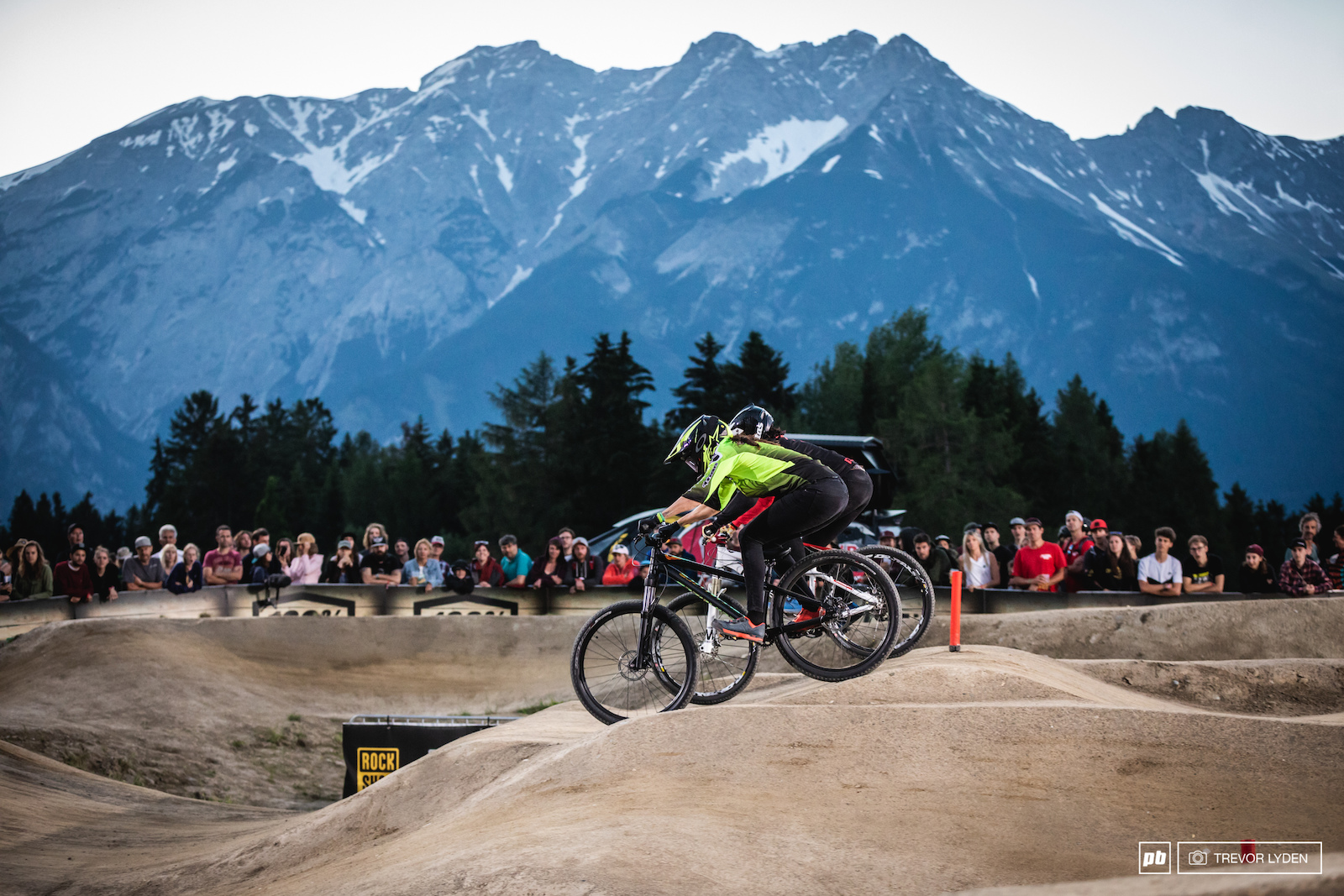 A third and a fourth on the day for the ever-consistent Anneke Beerten. 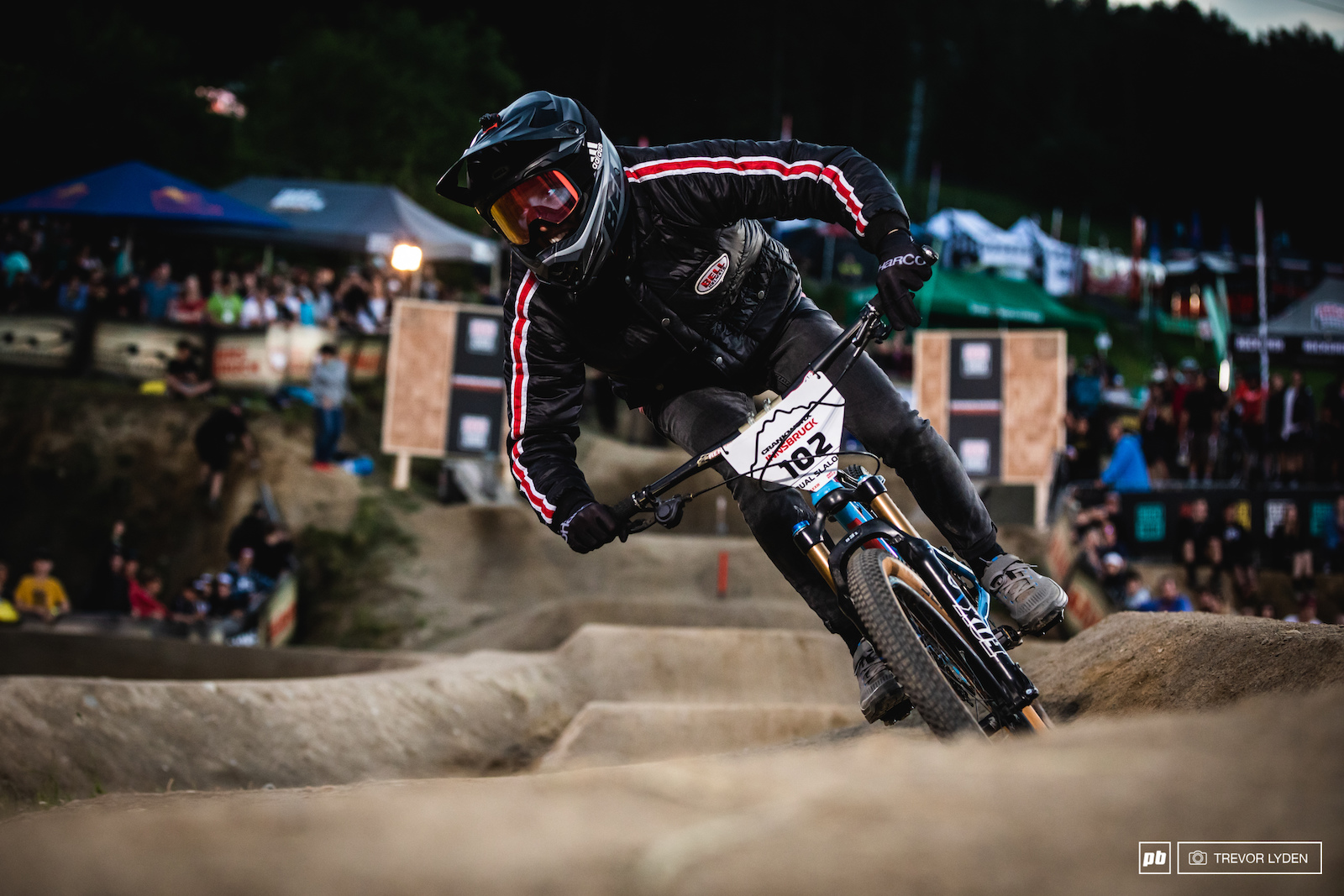 Vaea Verbeeck was racing again after her afternoon triumph in the Dual Slalom. She wasn't quite as successful this time around and picked up ninth. 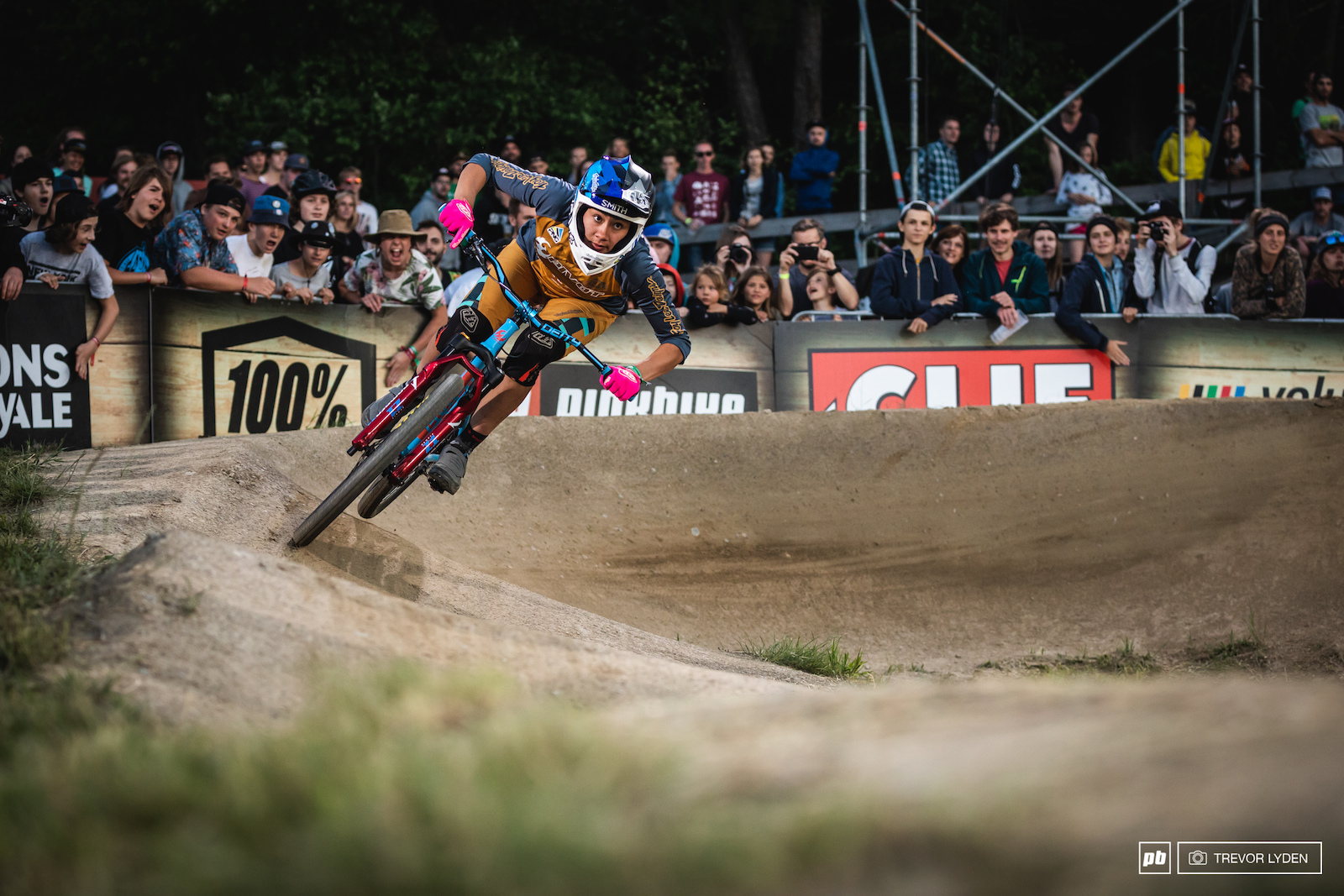 Kialani Hines is the woman to beat on pump tracks in 2019. 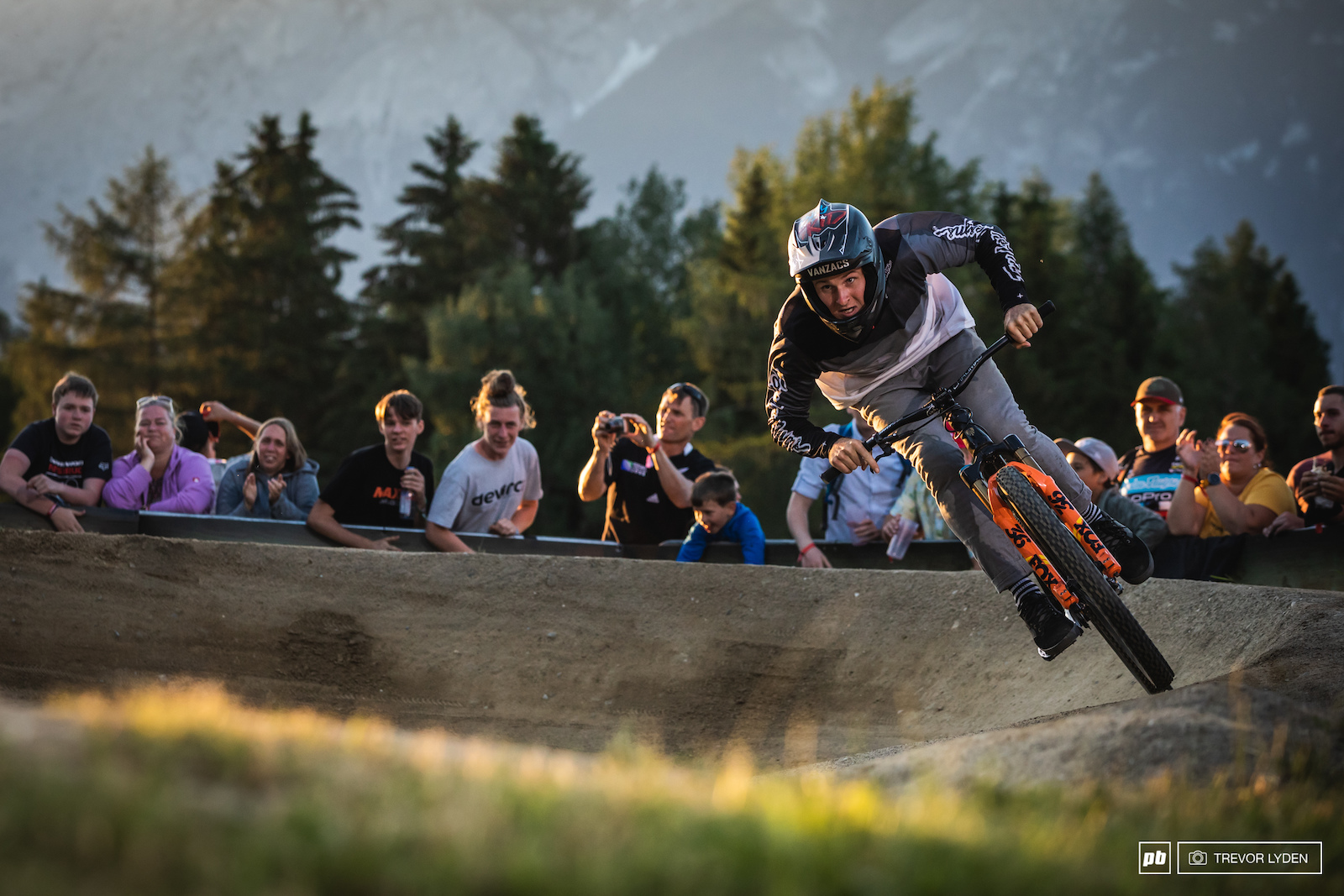 Billy Meacham was the breakout star in Rotorua and continues to impress here. He's got another chunk of valuable King of Crankworx points with a ninth-place finish. 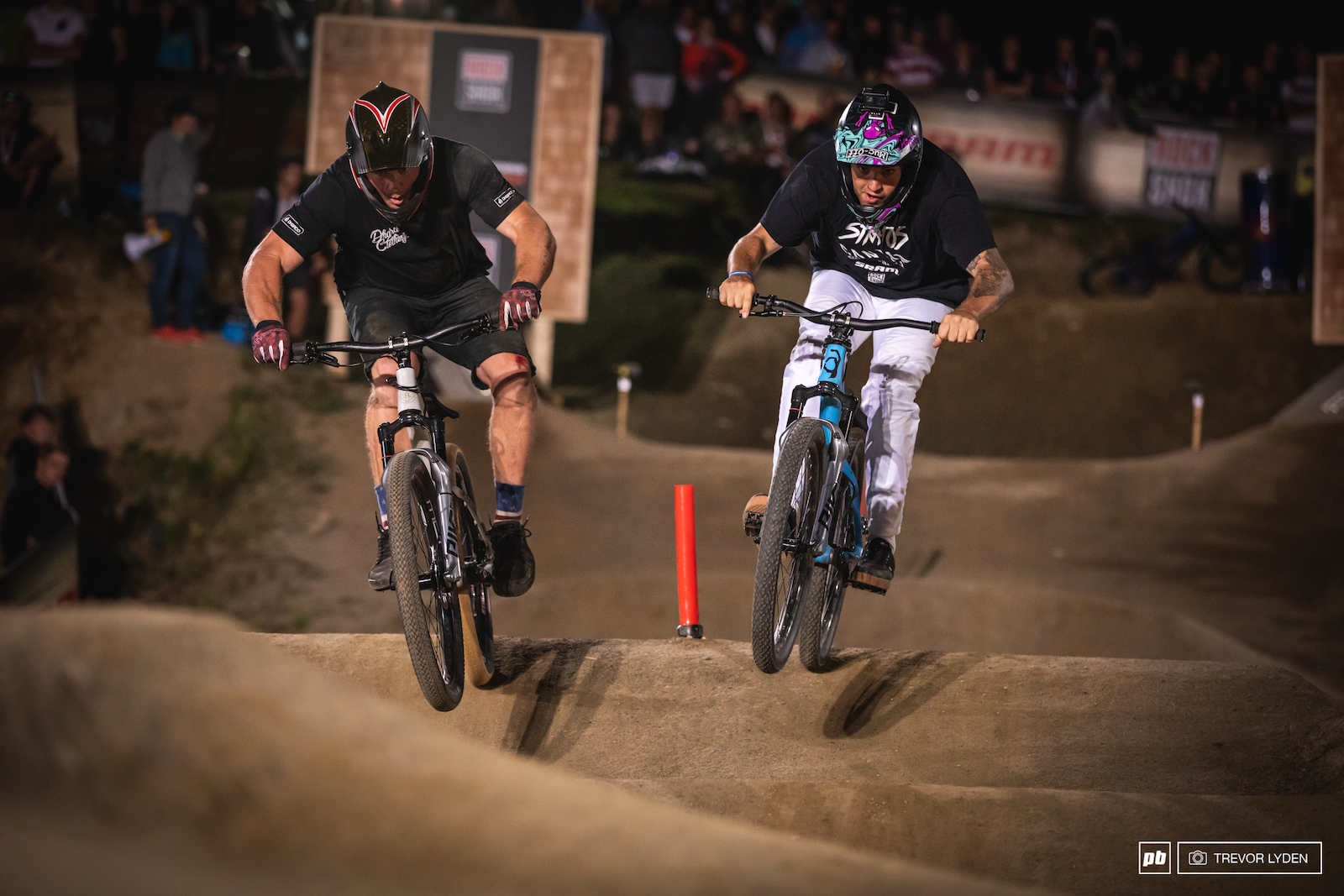 Kyle Strait was on unbelievable form tonight and was a big crowd favourite. 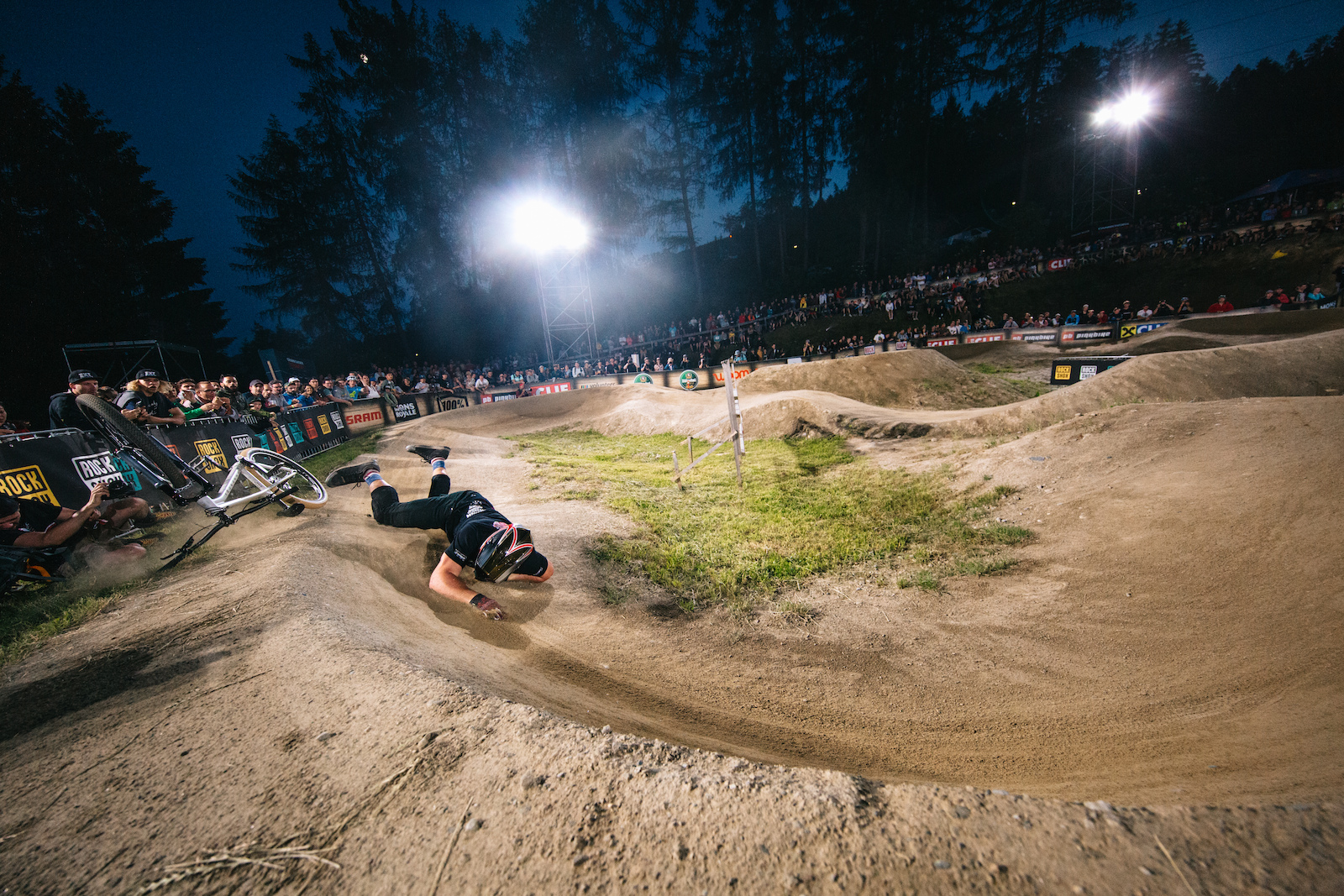 Unfortunately he crashed in both his third place heats and was unable to step up onto the podium. 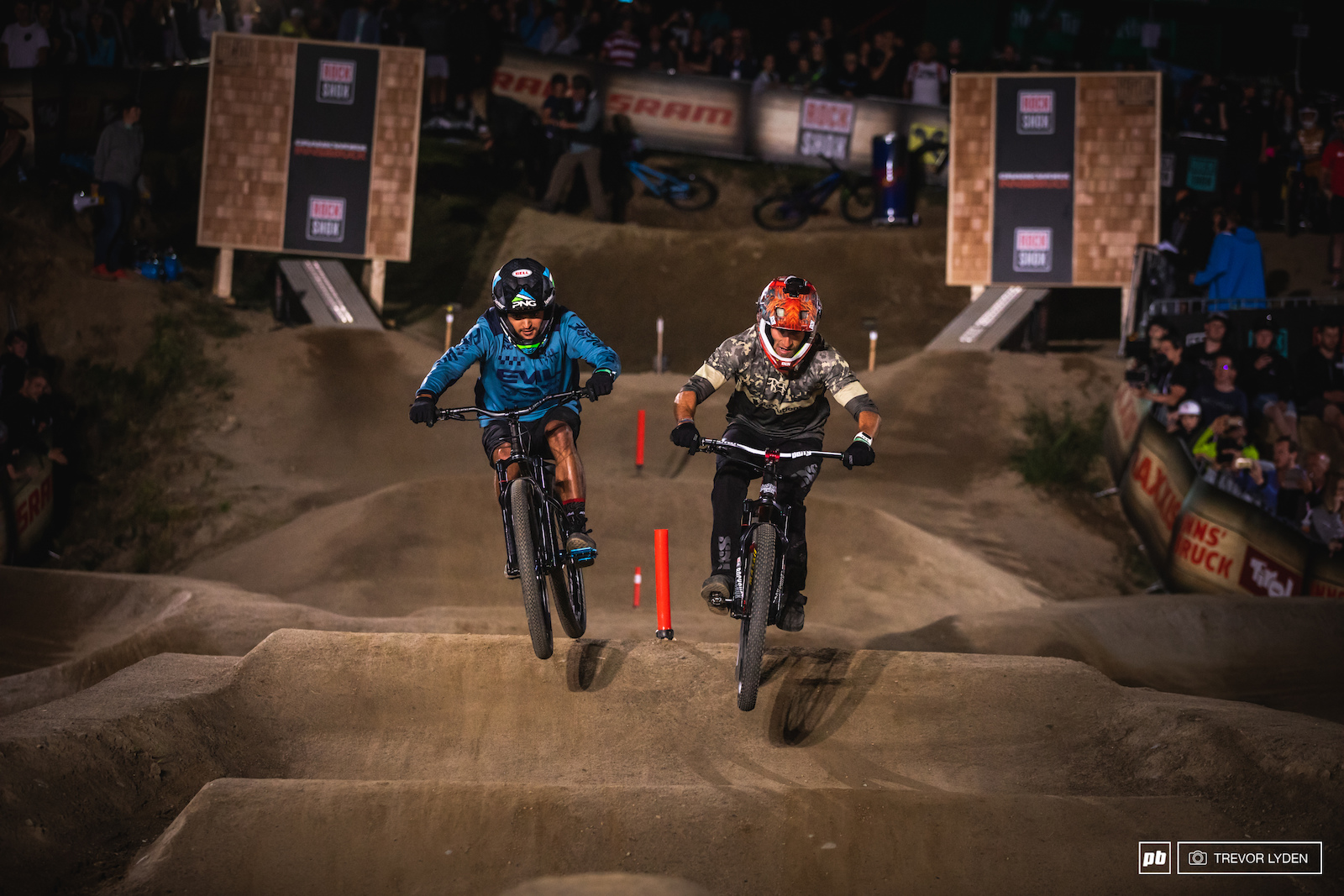 The final duel between Warren and Loron was won by milliseconds. 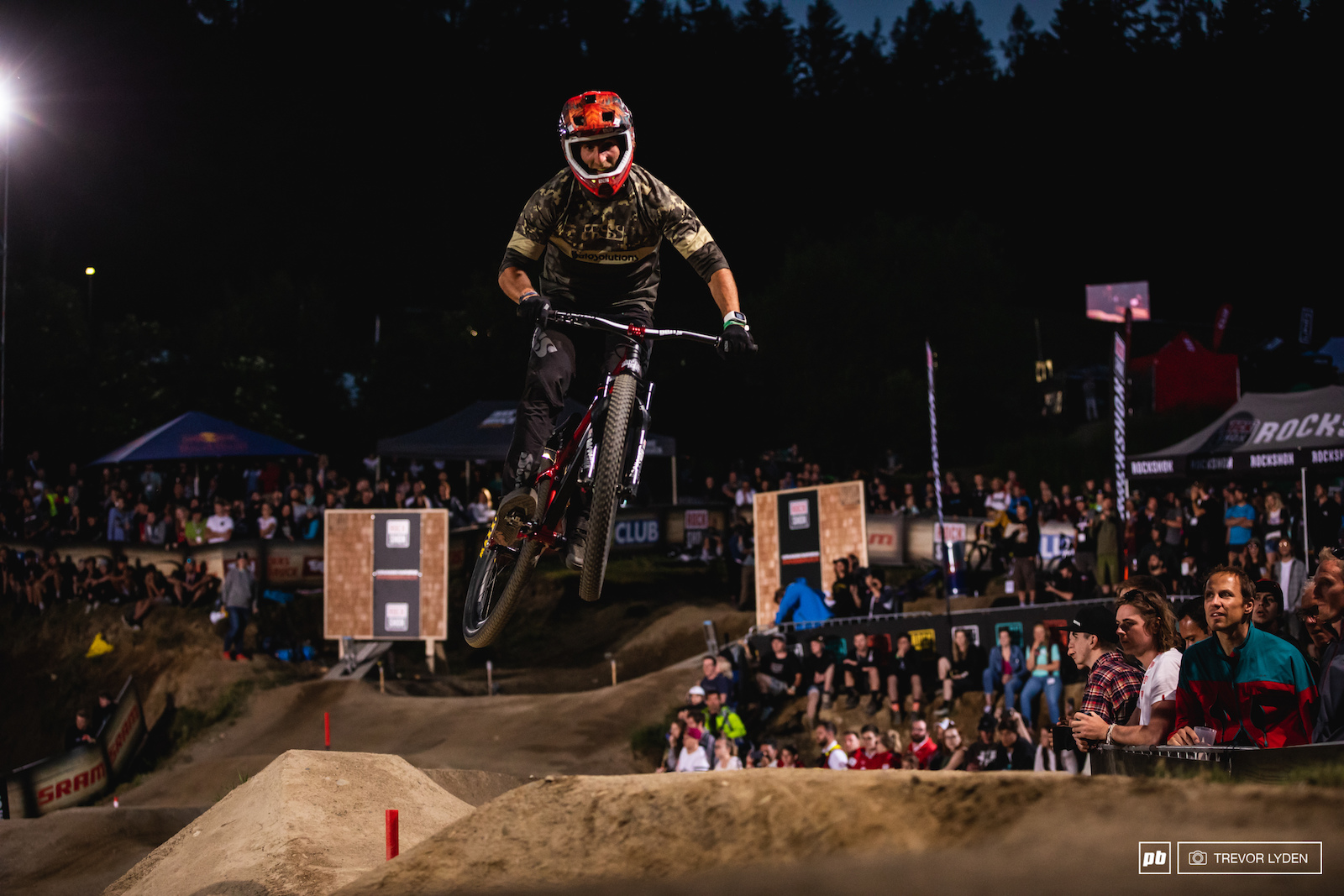 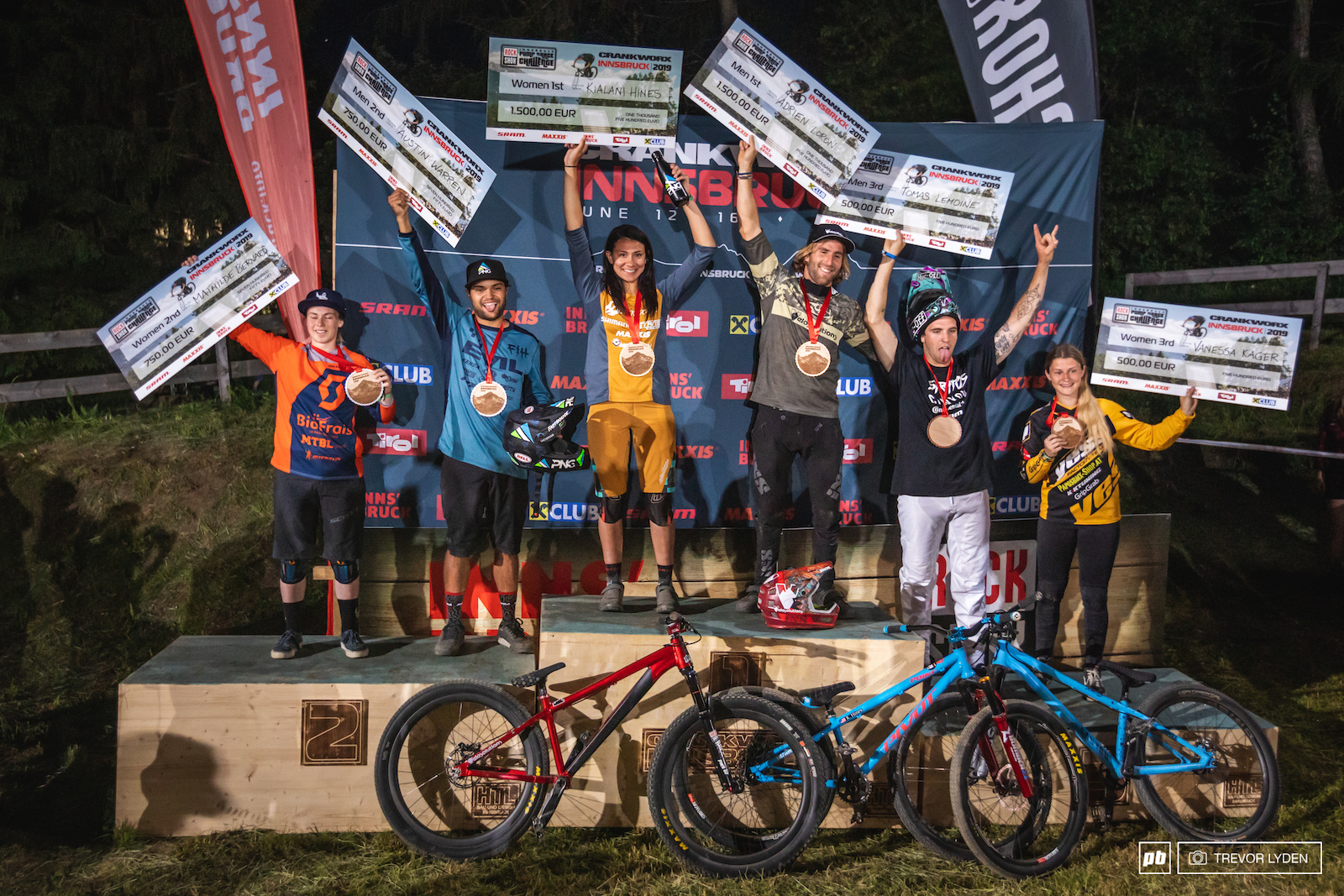 AntN (Jun 13, 2019 at 17:09)
It would be interesting to see power output crank data from a pump track run...maybe even data collected from handlebars...