CascadeComponents CascadeComponents's article
Apr 18, 2021 at 13:05
Apr 18, 2021
Cascade Components Announces 2019-2020 Commencal Meta AM and 2018-2020 Transition Scout Links
The ideal amount of progression is more than a lot of the frames can make it to. The link just pushes it as much as possible without creating clearance issues. If I had my way they'd all be around 35%, but some don't have the real estate to do that so it turns into squeezing the most out of it that's possible. And yeah if you take a bike that's 11% and push to 22% it will be better in everyway... unless you don't ride aggressively and are too preoccupied with how far the o-ring on your shock moves. With the Commencal it can't be pushed further without having clearance issues between the seat stay bridge and the link. We never claim any of these are the ideal amount of progression (except so some like the Nomad link), but rather that it's significantly better than the stock set up. To say that we just make links with no end goal or thought behind it is seriously misguided.

CascadeComponents CascadeComponents's article
Apr 16, 2021 at 17:53
Apr 16, 2021
Cascade Components Announces 2019-2020 Commencal Meta AM and 2018-2020 Transition Scout Links
@tigersuit: there are a couple of other things that factor in as well like shipping cost and import duties. It's less expensive to ship a whole bunch of links to the EU at the same time, but not free so that does need to be included as well. VAT is definitely the largest driver in cost though. The US price doesn't include any of the taxes people pay here because it varies stat to state.

CascadeComponents CascadeComponents's article
Apr 16, 2021 at 15:23
Apr 16, 2021
Cascade Components Announces 2019-2020 Commencal Meta AM and 2018-2020 Transition Scout Links
@justanotherusername: So all of travel is the last 33% of travel then? That's not how it works. You could flip that and say if you look at the first 33% of travel the difference is huge. You have to look at the entire curve. That's why it's an entire curve and not a few data points. You don't set your bike up to sag 40 mm into the shock stroke. If there were to be any single point on the whole entire curve to compare it would be the leverage ratio at the sag point, but that only tells you absolute bottom out resistance for a huck to flat type of scenario. The relationship between the start and end of the curve is pretty important and that is what progression is. That relation is what impacts how much a suspension design will pack up, how much mid-stroke support it has, and how well it handles chatter. We don't claim increased progression. Progression is increased at that is a fact. As such, the bike will behave quite differently than before.

CascadeComponents CascadeComponents's article
Apr 16, 2021 at 14:47
Apr 16, 2021
Cascade Components Announces 2019-2020 Commencal Meta AM and 2018-2020 Transition Scout Links
@lkubica: They didn't reduce leverage. The 2021 frame has a higher average leverage ratio than the 2019. If it's more progressive then the initial leverage ratio is inherently even higher. If they did make the 2021 frame less progressive, which I doubt, then I should amend my statement to say that something on the page has better kinematics than the 2021 version.

CascadeComponents CascadeComponents's article
Apr 16, 2021 at 14:29
Apr 16, 2021
Cascade Components Announces 2019-2020 Commencal Meta AM and 2018-2020 Transition Scout Links
@justanotherusername: Progression is commonly referred to as 1-(final leverage ratio/initial leverage ratio). That's the common definition. Make what you want of it. Picking a single point on the curve doesn't teach you anything. You could pick the end of travel and then they would be the same. But the whole entire curve is not the same at all. However if you want to get into the significance of a 0.1 difference in leverage curve lets do that. The stock curve goes from about 3 to 2.5, so a change of around 0.5. Moving a single point by 0.1 is 20% of the entire change in the stock curve. That's quite significant. Saying that's not meaningful is like saying a switching to a 600 lb spring from a 500 lb spring might as well be the same thing or that the dials on your shock do absolutely nothing.

CascadeComponents CascadeComponents's article
Apr 16, 2021 at 13:40
Apr 16, 2021
Cascade Components Announces 2019-2020 Commencal Meta AM and 2018-2020 Transition Scout Links
@justanotherusername: You won't find many frames with upwards of 35% progression or many with less than 15%. Bikes on either end of that spectrum feel very different. So it's increasing progression 6% out of a 20% range. That's 30% of the range, which is significant. Now until you have ridden one of the links you won't know whether it's irrelevant or not. I can assure you this is a link that makes a pretty big difference though. We wouldn't have dove into making both the link and the yoke if the outcome wasn't worth it. As for plot scale. You can scale a plot to look like anything. I could make the Y axis go to 1000 and then both lines would look like they might as well be zero. Picking as scale that's relevant to the subject is important. Stretching the Y axis to go all the way down to zero doesn't convey useful information because you will never see leverage ratios that are zero. It circles back to the usable range thing. We aren't talking about comparing things on a scale from 0-5 for example. We are looking at a leverage ratio range of 2-4 at the absolute maximum. More like 2.2-3.5 as the plot is scaled.
Load more... 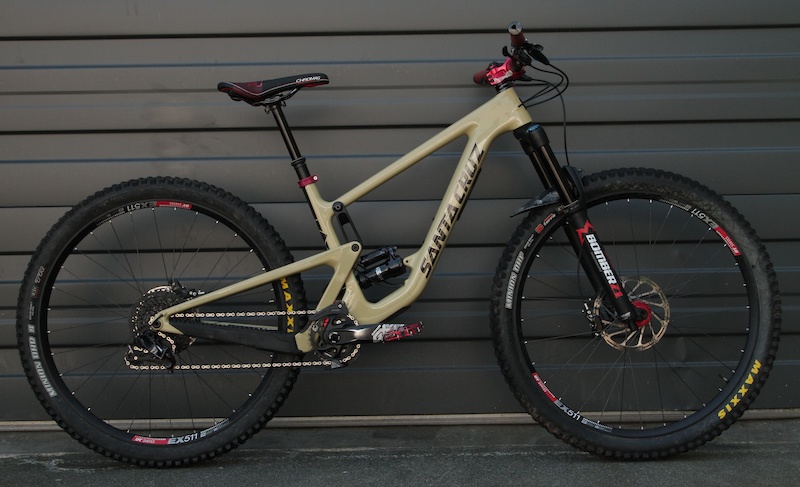