I have to admit, I have a soft spot in my heart for somewhat unique, but well designed bikes. Balfa was one of them.

Read on for the whole story, 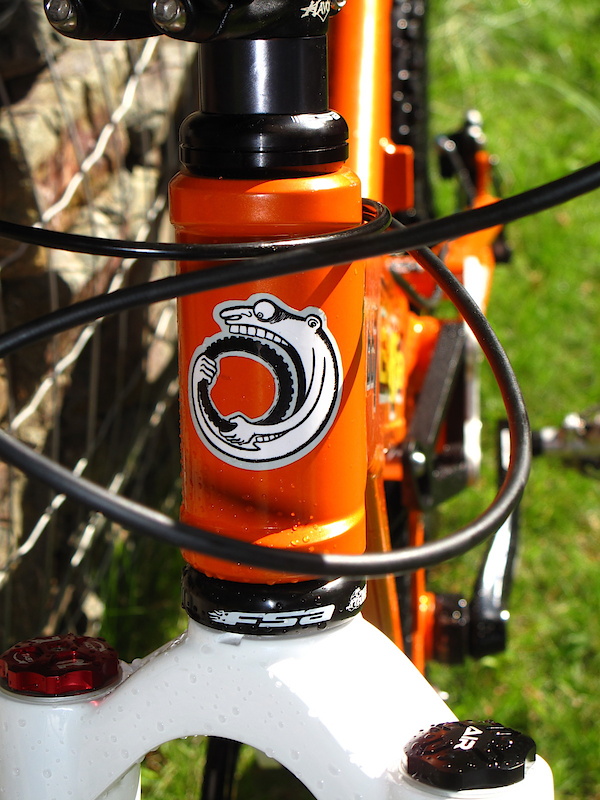 Back in 1999 I rode a Balfa BB7 for the first time. It was crude and heavy, but at the time I kinda liked it. Most bikes on the market were flimsy, rickety and were seemingly engineered by prepubescent children. The Balfa was a tank, but it was assembled with thought and purpose.

In 2000 I found myself riding one of my own. I loved it! The weight rode low and the rearward trajectory meant that the bike just wanted to go faster. Back then, it was common to find most people trying to make their bikes heavier to handle drops to flat, as well as making their bar height run into the nipple range. I was odd. I had my BB7 race bike running at 42lbs with no headset spacers, low rise bar, XC cranks, carbon post, and lighter wheels.

In 2001 I got on the Balfa squad and into my second BB7. This one was a beautiful beast: orange metal flake paint. It had some drastic changes from the '00 model that made it racier with more travel and slacker angles. The '01 had some issues with the linkage plates and idler pulley, but overall the BB7 was headed in the right direction.

The 2002 model was sweet. Long, low, and slack. Pretty much standard for today's downhill bikes, but '02 was a lifetime ago for mountain bikes. It was the accumulation of what Balfa's designers had set out to do from the start: to make a true Canadian made, World Cup level race steed. The '02 was number three for me and I couldn't be happier.

Fast forward to 2010. I wasn't really looking for a downhill frame, but thanks to Pinkbike's buy and sell, I found a new-old-stock 2003 Balfa BB7. That's right - never used, never built. I couldn't pass it up. Even just for old time's sake or just to hang it on the wall I had to have it. Then I thought why not build it up using modern parts. The frame has modern day angles, nine inches of travel, and one of the better pedaling platforms even by today's standards. Did I mention wheel path? The BB7 had a rearward axle trajectory making it somewhat parallel to the fork's path of suspension action. On the ground this means that small sharp edged bumps are hardly felt and the bike feels like it accelerates over choppy terrain. In any era this just works and works quite well. It's a shame nowadays there aren't more bike designers applying this same knowledge to their frames. 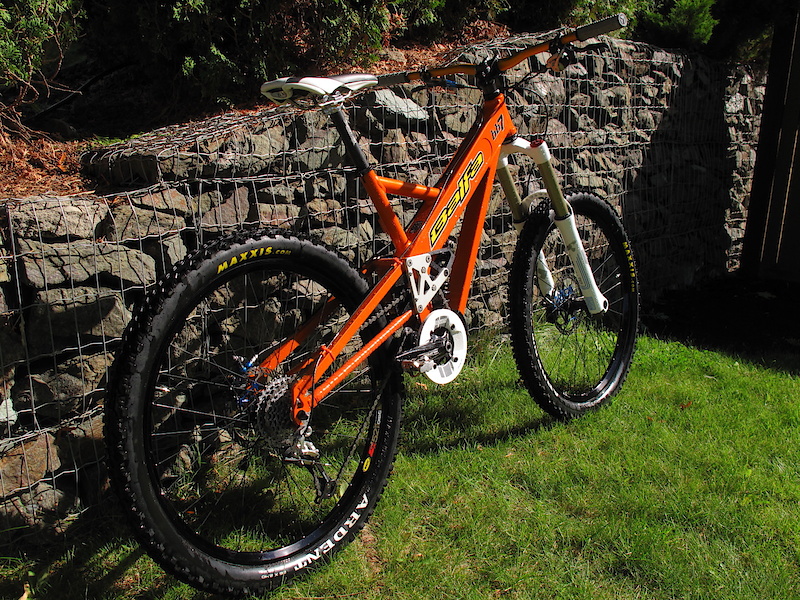 I started piecing together parts. Some new and some borrowed from my 2010 Giant Reign 0. Yes, you heard that right, I stole some parts from my all mountain bike to build up a "mini DH" bike of sorts for ripping some smooth Kamloops' trails. I wanted a bike I could pedal flat sections on, but also could hammer through the chunder... and do it all day.

I had the opportunity to test out X Fusion's 2010 160mm Vengeance fork and their Vector HLR coil over shock. In initial tests the combo feels planted and very supple. I have ridden several other brand's 160mm travel, 36mm stanchion single crown forks and I would easily say the Vengeance is as good if not better. What separates the X Fusion fork and shock are the adjustments. A couple of clicks of damping in any direction is actually noticeable on the trail. That has been a big pet peeve of mine for years, that mountain bike suspension settings were very limited. This is noticeable to me as a dirt bike rider, as my other 'bike' is a Yamaha YZ250, where every click will affect your bike's handling. 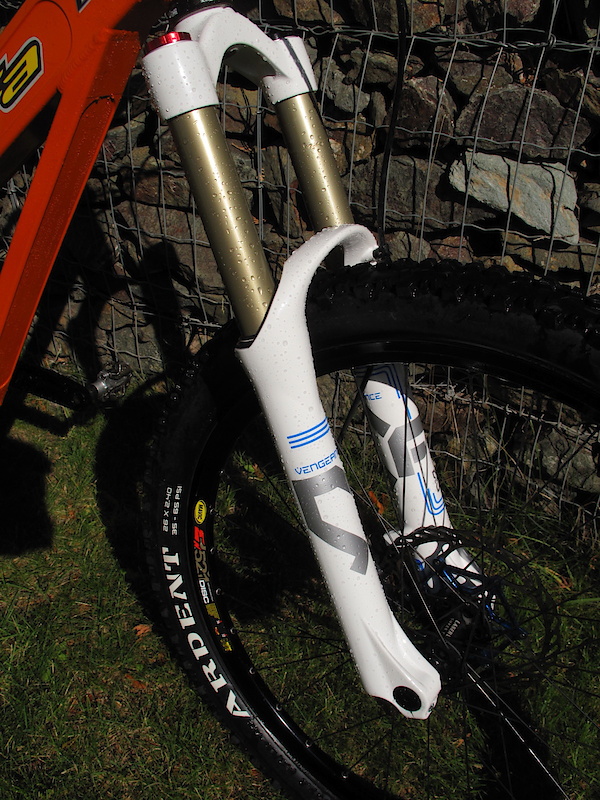 I really liked the stout crown and lowers of the fork. The crown is massive yet hollowed out where you don't want extra material to add weight. There weren't any quick release levers for the 20mm through axle, which some people may find annoying. However, you do only need one 5mm allen wrench for two pinch bolts and for the axle. Simple and stiff, kind of like me. 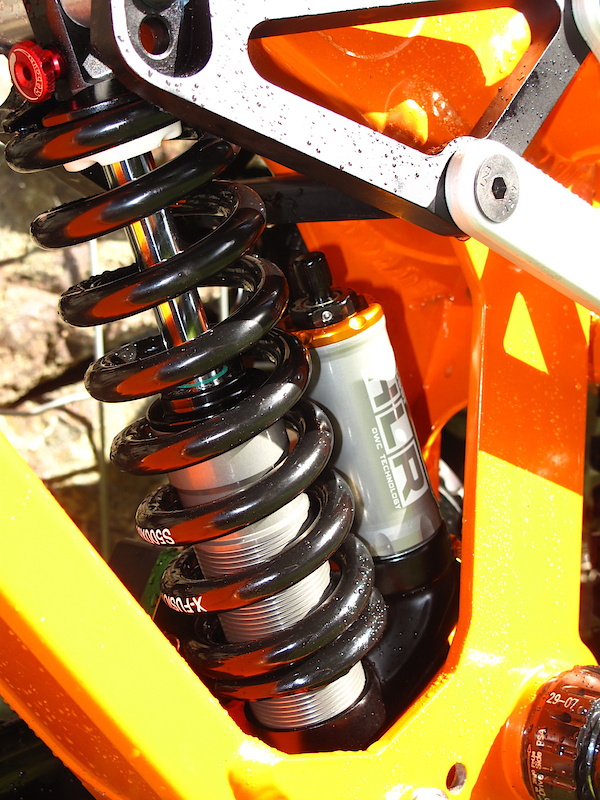 X Fusion's Vector HLR shock featured all the typical adjusters you'd find on any high end shock: High and low speed damping, rebound damping, adjustable bottom out resistance via air chamber, and of course spring preload. I started out my test ride with both the high and low speed damping backed all the way off as to see where I needed some changes from there. What I found was a very supple first few inches of travel. Although I was in the 'meat' of my recommended sag, the 500# coil was a tad too stiff for my weight. That said, the shock was super plush off the start and got very progressive towards the end stroke. I swapped out springs to a correct 450# and the plush feeling was just that much better. I played around with a few clicks of low and high speed compression. To say the changes were noticeable was an understatement. For a choppy flat trail both the compression adjusters were best suited to be backed all the way off. For a smoother trail like A-Line some low speed damping would suit the terrain well. But for a trail like Sugar on Sun peaks, you want that shock to be moving fast and be ultra responsive to all the small roots and rocks. It was a pleasure to use a shock and fork that could be set up for any trail with just a few clicks of adjustment either way. 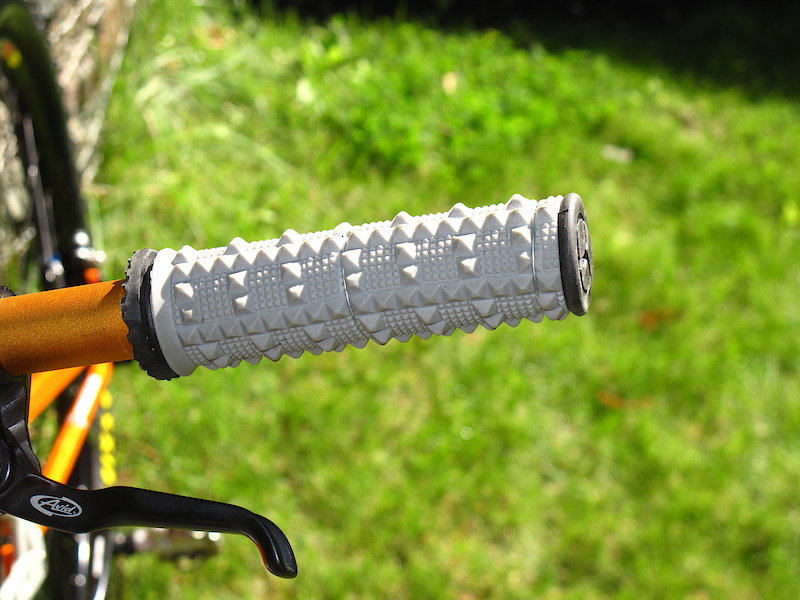 I also wanted some comfort for all day rippers. I use Tag Metals Rebound grips on my YZ250 because they are the only grips that I can ride for four to five hours without getting blisters, yet are grippy enough to hold a little more loosely to reduce hand fatigue. A little bit of clear spray paint in the grips and some safety wire on top and I'm good to go. I'm also a bit of a set up nerd and grips are one of those things that bring out the OCD in me. 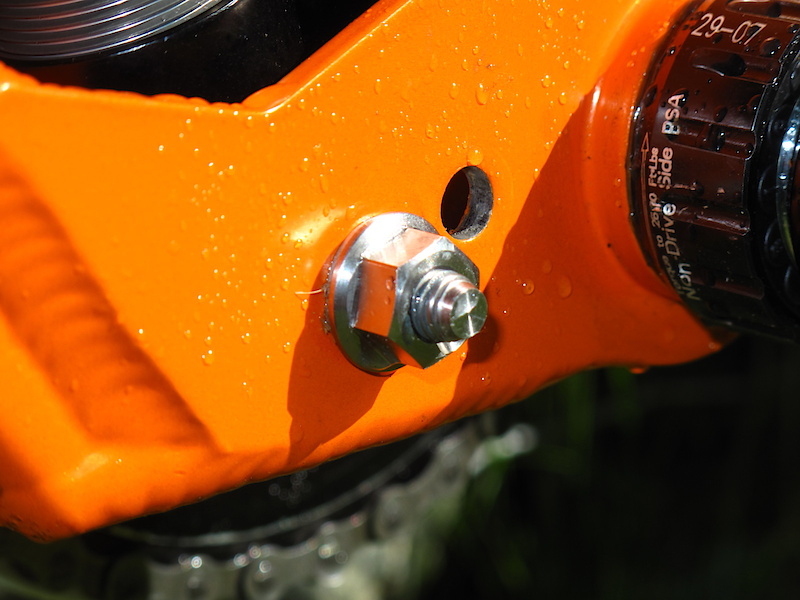 I found some titanium bolts and nuts via www.torontocycles.com to help lighten up my 10lb (sans shock) frame. They had some perfectly fitting shock mounting hardware for a good price that I couldn't go without. Ok, it didn't save much weight but whatever... it's ti!

I wanted to save lots of weight with my wheelset and tires. The wheels are borrowed from my Reign, a set of Mavic 521 disc wheels. I decided to run a 2.4 Maxxis Ardent single ply tire up front and a dual ply Ardent in the rear (both tubeless) to help save flats. With a smattering of random bits and pieces my old Balfa BB7 came in at just about 37 lbs. Given the heft of this frame, I'd call that good. 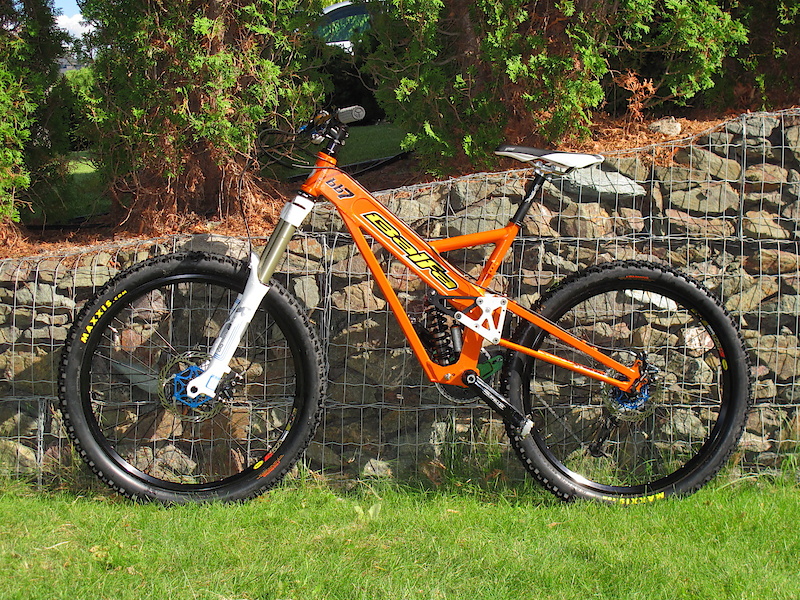