I work for Planet Eclipse a Paintball Company. I love my life.

$340 GBP
I have for sale: Top of the range Front and Rear SRAM Code RSC Brakes 2 x SRAM 200mm Centreline Rotors Brand new, pads have never touched a disc, pre-bled ready to ride. (May need bleeding as with any bike but didn't have to with the other set I sold) These came off a brand new bike in October and have been sat in a drawer since waiting for me to sell them. Any questions please ask. Thanks!

GSuperstar jamessmurthwaite's article
Jan 28, 2021 at 1:06
Jan 28, 2021
Video: Czech EWS Racers Fall into a Frozen Lake on Gravel Ride
So, you could say, they ended up riding icycles. Sorry.

GSuperstar pinkbikeoriginals's article
Jan 21, 2021 at 7:03
Jan 21, 2021
Video: 9 Tips for Maintaining Your Bike Through the Winter with Christina Chappetta
Right?! It's like they think we're all well behaved employees that definitely don't spend half our day on here...

GSuperstar ralf-hauser's article
Oct 22, 2020 at 9:52
Oct 22, 2020
Review: Shimano's STEPS EP8 Motor is Great, But Not Perfect
@just6979: Your logic doesn't really work there. If I didn't have an ebike but had 2/3 times the amount of time to put into riding would you still be asking me to donate an extra 50% of trail building effort / money? I'm pretty confident you wouldn't. Added to the above, I pay to park at my trails that help fund them. I don't offer extra as I'm on an ebike, however one of the jump places I go to charges more for ebikes as we can get more runs in. So I guess this should be down to the trail owners rather than putting the onus on me? If I really wanted to go down an elongated route, I'd point out how manufacturers since turning to ebikes have since received the largest rise in purchases of their brand in a very long time. (Hence all the sold out bikes). Funding the industry that we both love is surely a good thing, and in turn gets more people out to trails increasing traffic flow / sales / attendance. All beneficial to trails. With the amount of batteries in everyday tech that are not suitable for landfills, on millions of products, sold in their billions all over the world. I think ebikes probably rank pretty low in the grand scheme. Ideal? Absolutely not, but if you're asking me how I'm going to save the world with a 1 x ebike purchase that I plan to own for many years to come (Unlike a lot of tech with batteries) then I'm afraid I'll have to disappoint you here and admit I'm not the next Elon Musk. I have to point out that as you're looking at everything with a negative viewpoint, there are factors you may ignore as they don't fit your anger: Such as 'Trails made for human-powered bikes'. You know roads weren't originally made for engine powered cars? Things move on. There's a lot of people riding since the creation of ebikes that never used to, and if they're riding at places that they have to pay for (Parking / entry / cafe food etc), then that's additional income to those businesses they wouldn't have seen. I'm not trying to claim that the financial benefits will outweigh the labour cost as I don't have that information, but you 'are' trying to claim they won't. E-bike specific components. If you truly believe that the majority of those aren't more to do with sales marketing, then you haven't spent enough time on the Pinkbike comments section :) You're correct the latter doesn't apply to me, and I'm in full agreement with you there. Waiting at the top for a mate never bothered me, if anything gave me an extra chance to take in the views.
Load more... 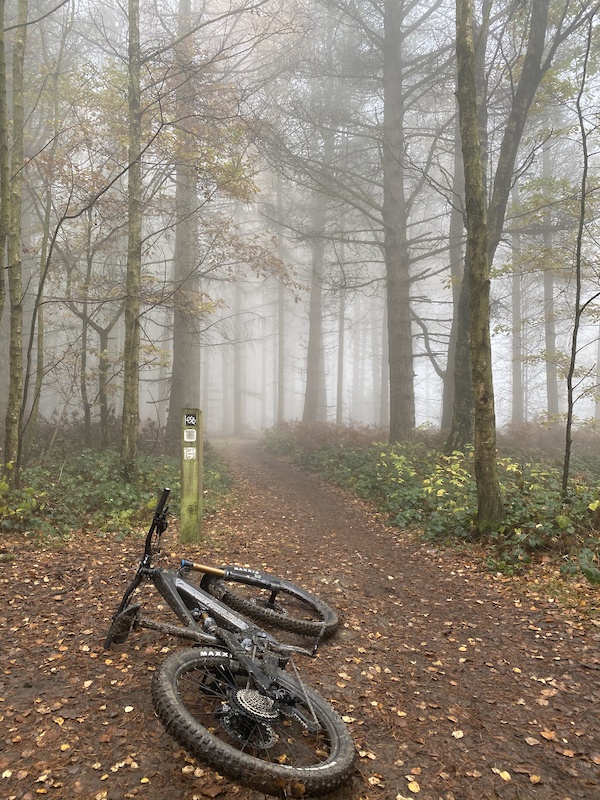