andreas2634 jamessmurthwaite's article
Oct 5, 2020 at 6:30
Oct 5, 2020
5 Positive COVID Tests Registered at Nove Mesto World Cup [Update: Two Members of Team USA Test Positive]
frankly, I was quite surprised to read about several athletes racing while being sick on social media. While this is definitely not healthy reagardless of covid, I was hoping people are concious enough nowadays to isolate themselves if they have covid-like symptoms (at least until getting a test result)...

andreas2634 jamessmurthwaite's article
Jul 7, 2020 at 0:40
Jul 7, 2020
Video: Trond Hansen's Kidreel Lets you Tow your Kids on a Leash
Totally agree - can't imagine this works better than a towwhee, as the towwhee is just perfect in its simplicity. Recently, we used an inner tube as we had forgotten one of our towwhees, which reminded me how good the towwhee actually is.

andreas2634 pinkbikeaudience's article
Apr 16, 2020 at 8:36
Apr 16, 2020
Now Finished: Ask Us Anything with Nino Schurter, Kate Courtney & Maxxis
Q for Nino and Kate: how confident are you that XC especially on the top level is a clean sport, no doping etc. in percent?

andreas2634 RichardCunningham's article
Nov 10, 2019 at 0:22
Nov 10, 2019
Poll: When Does a Trail Become a Roadway?
Maybe put 5 photos from different trails (like already in the article above) and ask which of these is your ideal trail?

andreas2634 jamessmurthwaite's article
Oct 1, 2019 at 2:51
Oct 1, 2019
Court Awards $150,000 to Mountain Biker Who Fell From Chairlift
I understand the lift operator messed up, but IMO, the guy should have waited far longer than 15 mins before taking such "drastic action" with likely high consequences, and instead should have kept shouting for help. He was 10m from a dirt road, so the chances somebody would have heard him were pretty high - which appearently is actually what happened while he was trying to resuce himself. 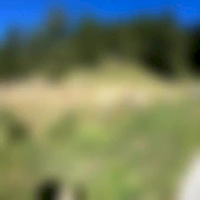