badbadleroybrown jamessmurthwaite's article
May 11, 2021 at 18:57
3 days
How Much Do Professional Mountain Bikers Get Paid? - Pinkbike's State of the Sport Survey
@DoubleCrownAddict: fun fact, Gwin is still making over a million a year and he's still very religious... and you're still a sad lil joke of a man that people laugh at.

badbadleroybrown alicialeggett's article
May 10, 2021 at 21:17
May 10, 2021
6 Key Findings from Female Pro Riders - Pinkbike's State of the Sport Survey
@Veloscente: Still working hard at sounding stupid, huh... at least you're consistent. Olympic gold is all important... that's why professional pole vaulting is so profitable, right. That's why women are raking in the cash and sponsorship deals for medaling in biathlon, right? FOH Pauline Ferrand Privot has been racing at the highest level for a decade, she's been world champion on the road, in cyclocross, and on the mountain bike, multiple times... but she's a "flavor-of-the-minute" name drop huh? The three women who took medals at the last olympics, in 2016, are "flavor-of-the-minute" now even though they've only met with moderate success as pro's... despite your suggestion that olympic development is what's driving professional competition. Sounds legit. You know, there's far easier ways for you to announce to everyone that you have no clue wtf you're talking about, but you've certainly succeeded in proving your case in that regard nonetheless. :beer:

badbadleroybrown alicialeggett's article
May 10, 2021 at 20:17
May 10, 2021
6 Key Findings from Female Pro Riders - Pinkbike's State of the Sport Survey
@Veloscente: :roll: Yeah, you're right... that's why Jenny Rissveds, Maja Włoszczowska , and Catherine Pendrel are currently the top women's riders, right? You're fooling yourself if you think an event that happens once every four years is what's driven women's XC to excel above other disciplines rather than the simple reality that decades of youth development in multiple countries has produced a tremendous amount of talent that's culminating in engaging, competitive racing on the dirt and drawing in fans. The vast majority of fans couldn't tell you who won the gold medal in Rio but damn near all of them could tell you that Loana Lecomte put on a commanding performance last weekend... and she didn't even line up for the last olympics. One of the most popular current riders, Kate Courtney, wasn't in Rio either, and arguably the best female rider, Pauline Ferrand Prevot, was a DNF in Rio. These women are being recognized and paid for the high quality, competitive product they're producing week in and week out; one that's being increasingly recognized as just as competitive and engaging as that which the men are producing... not a one off race that happens every four years that most fans don't care about. Next time you want to spout sexist ignorance or try to throw shade on the "free market," at least have the decency to be succinct.

badbadleroybrown alicialeggett's article
May 10, 2021 at 13:10
May 10, 2021
6 Key Findings from Female Pro Riders - Pinkbike's State of the Sport Survey
I feel like all women's racing needs to follow the lead of women's XC racing... they seem to be closing the coverage gap and the wage gap faster than any other type of racing, and they've done it without trying to artificially regulate equality. They race basically the same races as the men and they've put out an incredible product, developing talent and then showcasing that talent and it's attracted more and more viewers, sponsors, and dollars. You'll always have assholes that can't see past "girls on bikes" but I think the number of riders today who don't just see women's XC as amazing riders first and foremost are a dying minority.

badbadleroybrown edspratt's article
May 9, 2021 at 18:49
May 9, 2021
Bike Check: Kate Courtney's Scott Scale - Albstadt XC World Cup 2021
@riddenagenda: they already sell a chainring based power meter... it's like $800. The black box proto must have something updated. Guessing it's the mountain version of this https://www.sram.com/en/sram/models/pm-axs-kita-d1

badbadleroybrown edspratt's article
May 9, 2021 at 17:47
May 9, 2021
Video: Mathieu van der Poel Returns to World Cup Racing After Nearly Two Years Away
@riddenagenda: it really was, that final attack when he dropped Alaphilippe was insane.
Load more... 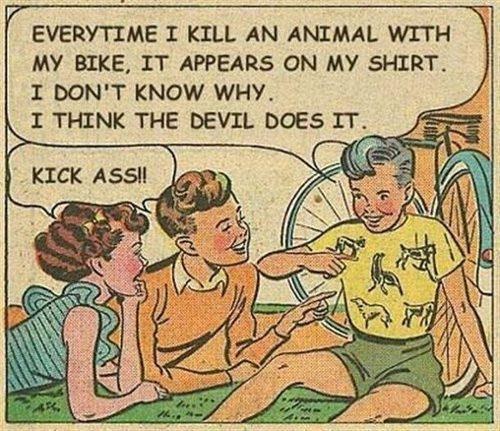