ceecee cotic-bikes's article
May 22, 2020 at 12:08
May 22, 2020
Cotic Launches the New BFeMAX Hardcore 29" Hardtail
@just6979: lengths! please, since they've been tied to balance via ratio and even single riders are divided by them. Santa has made them without having to make a different swingarm--which is probably half the cost of a frame--so there's no significant financial disincentive to have them. Also sliding dropouts--they could be labeled Tall/Not tall or Race/Rip. Scott Voltage had a 41cm setting for 26" only. That gets me going, but I'm in the rip camp. That and fit theory which is probably consistent with Physics, in plain speech. DH pros adjust head and tail track by track to get the fastest balance of turning and steering. Courses for horses!

ceecee cotic-bikes's article
May 22, 2020 at 7:28
May 22, 2020
Cotic Launches the New BFeMAX Hardcore 29" Hardtail
@just6979: that's a tasty chunk of original analysis that I'm still trying to digest. Thanks for typing it up. I presume you've seen the highly regular sizing schemes on new Optic and Sight. Torrent didn't quite get the same treatment.

ceecee cotic-bikes's article
May 21, 2020 at 9:30
May 21, 2020
Cotic Launches the New BFeMAX Hardcore 29" Hardtail
A short offset fork would help, but it's already got a lot of trail. Short chainstays compared to what? Rootdown is 42cm. The longish chainstays allow for a straight seat tube, which might mean one could use a longer (40mm) stem, which helps with weighting, which is easier with slacker htas anyway. Based on the longer-than-average toptube, I wouldn't take a chance on in, but it's consistent with their other offerings and its stated intention.

ceecee mikekazimer's article
May 20, 2020 at 15:56
May 20, 2020
Review: TRP's New TR12 Shifter and Derailleur
@fullfacemike: by holding online sellers to MSRP, they've incentivized 'independent' bicycle dealers to promote their stuff. Plus, SRAM's marketing is superior. Eagle iconography has been very successful in both USA and Germany. Going after Shimano in OEM, IBD, and marketing has proven very effective.

ceecee jamessmurthwaite's article
May 19, 2020 at 9:37
May 19, 2020
The FCKW Frameworks Reclaimer Was Designed and Built Completely by Hand
Also, it's the anti-MCFK
Load more... 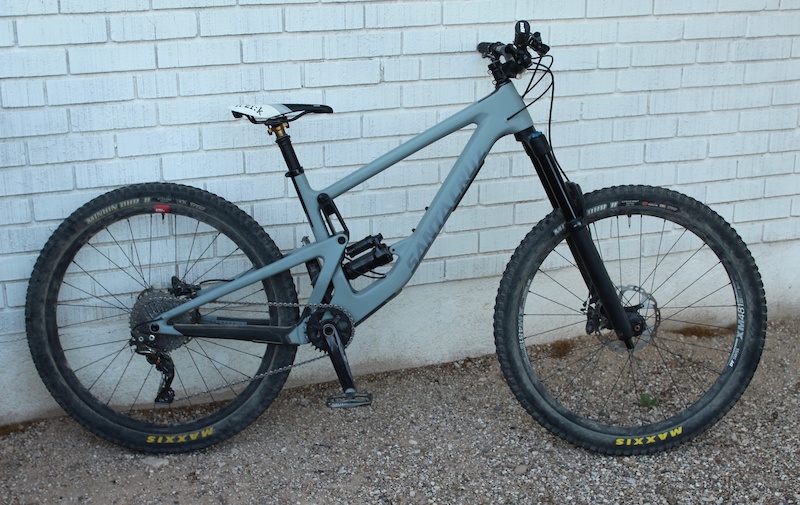