donalddouche pinkbikeaudience's article
Mar 29, 2015 at 1:19
Mar 29, 2015
Results: Crankworx Rotorua - Slopestyle
Very glad he pulled out of that run if that's the case. Second impact syndrome is no joke. Semenuk might come across as a bit of a robot on here, but he's done huge things for slopestyle and the sport would be lesser without him.

donalddouche pinkbikeaudience's article
Mar 29, 2015 at 1:06
Mar 29, 2015
Results: Crankworx Rotorua - Slopestyle
That information is simply not correct. The uplifts were NOT free, they required an additional wristband pass priced at $25 per 2 hours on the skyline gondola to take a bike, on top of the $37 crankworx pass for one day entry to the area. The event was 'packed' for NZ maybe, but then the entire population of NZ is half that of a capital city. It was pretty empty compared to Whis and DeuxAlpes. Don't get me wrong, the 'huck' and 'eagle vs shark' trails we did at the uplift in the forest on the oher side of the town away from crankworx were short and fun, even if you had to rent a car to get to them and ride the ghetto bus to get to the top, but world class? Not even close. I'm trying to avoid people eating up the crankworx hype and coming to Rotorua next year with a bike thinking it's in the same league as Whistler or DeuxAlpes and being disappointed. If you prefer to trade personal insults, rotten eggs and obesity don't do it for me; and you need re-evaluate your standards.

donalddouche pinkbikeaudience's article
Mar 28, 2015 at 23:39
Mar 28, 2015
Results: Crankworx Rotorua - Slopestyle
The advertising team behind crankworx deliberatley hyped the event to generate revenue. The capitol is Queenstown. It's a better, cleaner, friendlier town with a great atomsphere and a much larger and more maintained trail network that doesn't stink of rotten eggs every single day. The bikepark in Queenstown is 10x the size and has 3x the vertical. It also has the wynyard freeride area, the dreamtrack, the gorge road dirt jumps... Rotorua is garbage by comparison. This is NOT the case in whistler or les deux alpes where entry is free and the trails are open during competition. Can you imagine the uproar if the world was invited for a bike festival to canada, but then the whistler events charged $37 a day to watch, and they closed the entire trail network for 10 days? Because that's exactly what happened here.

donalddouche pinkbikeaudience's article
Mar 28, 2015 at 21:46
Mar 28, 2015
Results: Crankworx Rotorua - Slopestyle
Won't be a popular post but it needs to be said if it spares just a few people from making the trip next year. Don't bother going to Rotorua unless you are competing: You have to pay $37 to get into the crankworx area to watch one event. There is no bikepark on that hill, you can pay extra on top of your crankworx pass to ride the two 1minute long blue trails that were closed for the entire week. The announcers said that rotorua is the mtb capitol of NZ, this is simply a lie. The nearest riding spot is 10 miles away in a forest, where you can pay for uplifts by shuttle bus. The atmosphere sucks. This is partly because the event is not in the actual town, there was less than 1000 people, and because the crowd are mainly locals who were given free event passes instead of people who actually like bikes. The discussion around us for the majority of the slopestyle was actually about cricket. On top of this, the entire place smells of rotten eggs because of the volcanic vents in the centre of Rotorua which pump out sulphur dioxide 24/7. Went with some friends, felt completley cheated and definatley won't be going back. 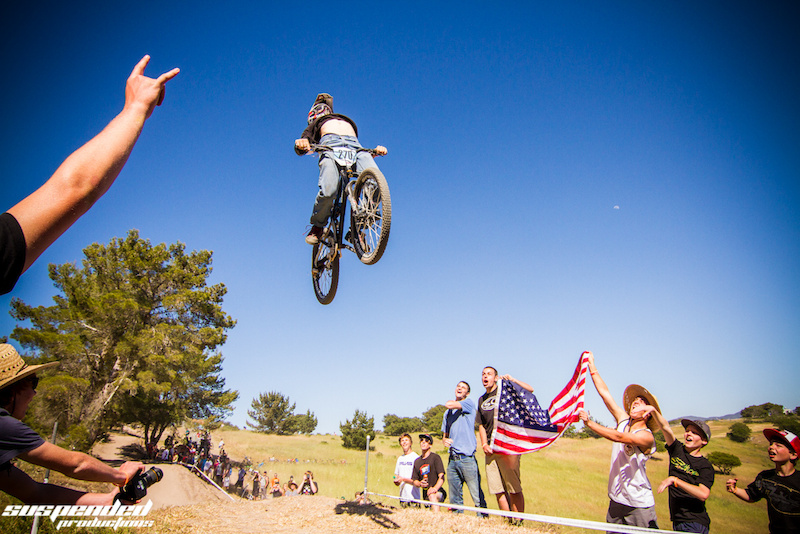