hisroyalgooseness jamessmurthwaite's article
Jan 20, 2021 at 0:59
11 hours
Opinion: How True is the 'Dudes Who Shred' vs 'YouTubers' Meme?
I already am!

hisroyalgooseness jamessmurthwaite's article
Jan 20, 2021 at 0:58
11 hours
Opinion: How True is the 'Dudes Who Shred' vs 'YouTubers' Meme?
Thats a good point! There's more to mountain biking than just the biking. And these guys will answer your messages or comments.

hisroyalgooseness jamessmurthwaite's article
Jan 19, 2021 at 13:18
22 hours
Opinion: How True is the 'Dudes Who Shred' vs 'YouTubers' Meme?
Hmmm let's see, I bought a YT Capra because of Who Is Dylan shredding it on his channel, I swapped out the rear bouncy bit for a DVO Jade X after watching Remy testing it on his YouTube, same for a Camelbak Remy spoke about on his IG, other items from Seths Bike Hacks, I'm also a fan of Druid run by BC POV, oh and I bought a Fox Drop Frame after seeing Paul the Punter stack it massively and thought I could do with the extra protection. I don't think I've ever bought anything a pro-racer was wearing or riding. Finally I used to drink Monster, now I'm all about the Redbull. I have been infulenced! Oh dear!!!!

hisroyalgooseness steelheadmarketing's article
Dec 24, 2020 at 7:23
Dec 24, 2020
Video: Casey Brown, Micayla Gatto & Georgia Astle Explore British Columbia's Cariboo Region
I don't think there's a better place in the world to be locked down in than BC.

hisroyalgooseness WeArePeny's article
Nov 25, 2020 at 11:24
Nov 25, 2020
Video: Kade Edwards' Leftover Slash Footage is too Good to Waste
this was gooooood

hisroyalgooseness brianpark's article
Nov 25, 2020 at 10:29
Nov 25, 2020
The Pinkbike Podcast: Episode 32 - What Needs to Change in the Bike Industry?
Only last week I had a 7-hour drive to make and binge listened to half the back catalogue. What I learned was geometry is free, head angles are a constant arguing point, Levy drinks too much Monster, gravel bikes are fun and no one should ever be called Pinkers. I learned a lot!
Load more... 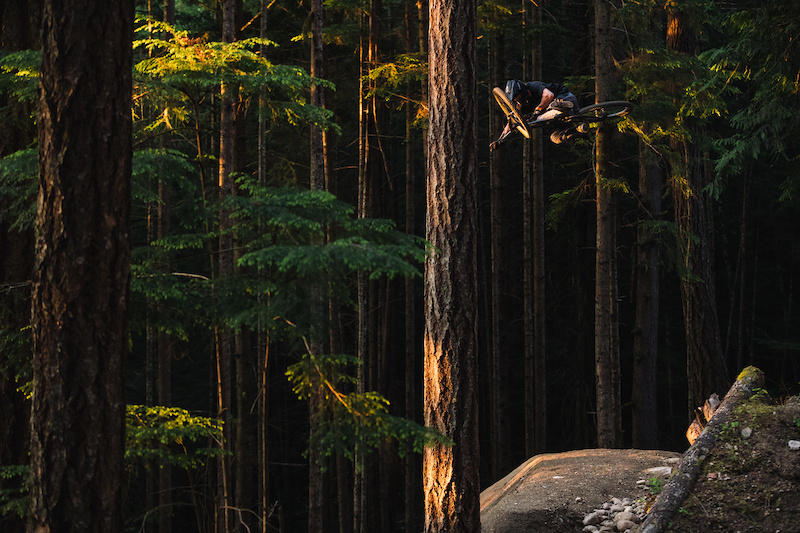