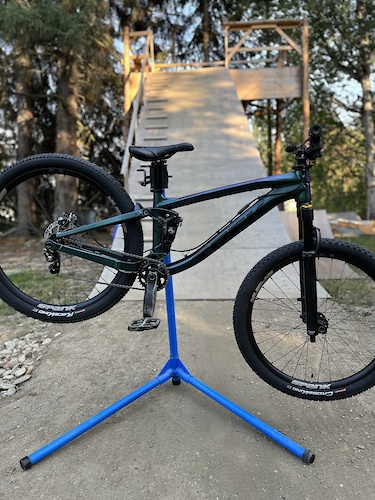 jamesdorrett edspratt's article
Nov 13, 2022 at 13:57
Nov 13, 2022
Results: Slopestyle - Crankworx Rotorua 2022
You gotta think that gapping a feature like the hitching post will give you literally no points, where the Swedes were actually using the feature and getting tech off of it. Lot of guys didn’t use this feature or just straight bonked it.. Also if you judged a feature like the wallride out of 10, doing a wallride to bar would probably score less than a 5( like majority of the field). Doing a bar to oppo wallride to downwhip will probably score closer to a 10. A lot of points that people missed on these two features. Not to mention guys like max and Emil spinning oppo and normal. Rheeder and semenuk used to rack so much more points because they were the only ones doing actual switch combos and not just normal rotations. I do feel huppy and fedko deserved more but I can easily see where a difference in points came from. Style and ease are a huge factor, and max and Emil where straight up silk. Bringer had an absolute banger run, but I agree with others, big people just don’t look that great on a bike. I suffer from it too. Fedko is tiny and looks better than anyone. If anything needs to change it would be how judges set an anchor score, because those guys that drop in first always get judged way too hard.