$3800 CAD
2017 knolly endorphin raw rare and hard to find frameset build new old stock from the ground up in 2020 sr suntour durolux 160mm 20mm thru axle hope brakes (maguras shown, haven't got any pictures with the hopes but they are almost brand new) chris king wheelset with wtb rims chromag 35mm BZA cockpit one up tool and pedals can be included

$650 CAD
Looking to trade my 2018 Durolux for a Rock Shox Pike/fox 34 or similar set to 150mm. I've build up a different frame and the durolux is probably too much fork. Cheers! Josh $600 USD
Up for sale is my 2016 Transition Patrol frame. This amazingly stable ride pedals extremely well thanks to Transition's giddy-up platform; It is everything you could look for in an all-mountain bike. Designed around a 160mm fork with a 155mm rear end it ploughs through any descent with ease, perfect for the rough rocks and roots of the west coast. Non-boost 142x12, I will include the syntace rear axle and cane creek headset. Threaded BB, I can throw in a race face BB as well. I also have a fox factory float dps shock I could negotiate into the sale. I am the second owner of this bike and have not been riding it as much as I would like as the majority of the trails in my area/skill level don't require such a beast. I'm looking for a Knolly endorphin or other similar 130/150 27.5 trail bike. I have simply found the patrol is more than I need for the majority of my riding. Cheers! Josh 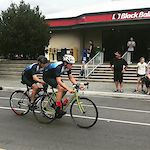 $700 CAD
Almost like new 2018 Norco Valence A Claris. less than 600kms on bike, only ridden this summer to train for a race. my little brothers mtb was recently stolen so selling to help him out in getting a new trail bike, will consider mtb frames or full bikes to trade in the 1 to 2k range