$2200 GBP
2017 Scott Gambler 710 for sale (funds for an e-bike - dont hate me) Its a used bike so a few paint chips to be expected. In March, I had a new fox 40 stanchion as there was some internal scratches in one of them, and a new shaft in the shock as that had some internal damage. This was general wear and tear not anything too serious.The bike has had a full bearing set, fork and shock service 1 ride ago. (March) I havent managed to get out on it since lockdown and I've been searching the Internet through boredom and I've used Man Maths logic to persuade me to get another bike/ a few new bikes. So this one is going to have to go. I'll include pictures including the service sheet for proof from Bounce Cycles in Preston (big shoutout) - they are awesome check them out if you need anything bike related servicing! I've done some minor upgrades since owning the bike but mostly cosmetic - Large Gambler 710 frame - bearings 1 ride old Fox 40 upfront - 1 ride since service Fox Float x2 shock - 1 ride since service 27.5 Superstar Dhx wheels and hubs on High Roller 2 tyres. Plenty of life left Superstar Headset SAINT brakes, 200mm front and rear - 1 ride since service SAINT groupset with orange hope front just for looks
Load more... 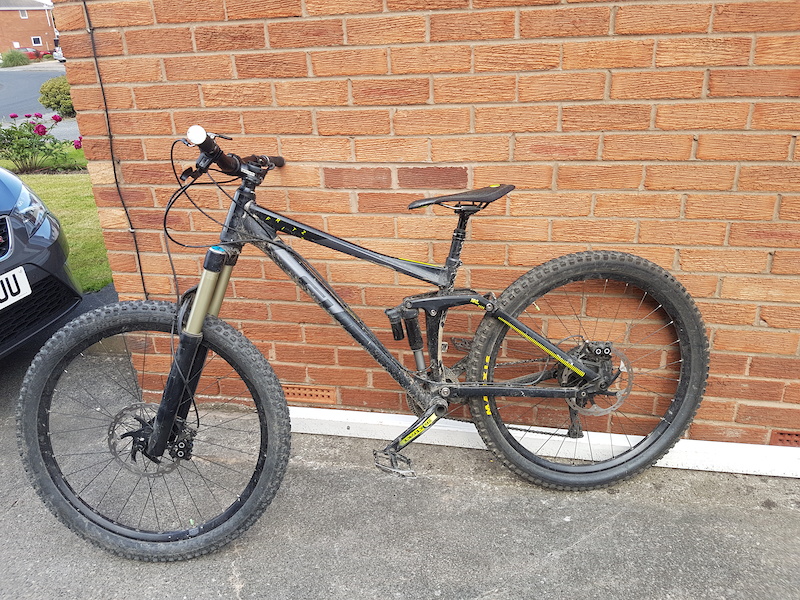