Short Ends: Short Ends is a mountain bike film what is shot on glorious super 8, 16, and 35mm film. Produced and directed by Aaro Visala.

Vanzacs & The Zoo Boys: The Vanzacs is a small group of mates from Australia and New Zealand that wanted to take on the world and get away with it by the skin of their teeth. The Vanzacs and The Zoo Boys take an inside look at one of the most notorious crews in mountain biking and how they succeeded as professional riders and racers while never losing sight of the need to have fun along the way.

Rooted In Whistler - The Georgia Astle Story: Can you imagine growing up in Whistler? For Georgia Astle, the endless opportunity of home keeps the wheels turning, the throttle twisting and the snow flying. She’s always getting up to something fun in the mountains. Naturally, Georgia has a passion for good times and a propensity for shredding. Rooted in Whistler is the story of how Georgia’s backyard led to a future with no rev limiter.

Colours Of Mexico - Kilian Bron: Discover Mexico and its magnificent mix of backdrops with Kilian Bron and his team. This is a melting pot of unusual images captured in the craziest and unique places across the country! Let yourself be transported from the tops of Mexico's most active volcanoes to the steep and colourful streets of historic villages. Prepare to feast your eyes on a month’s worth of road trip turned into five minutes of images! And let's not forget, a particular mention to the complete conception of the music, in direct link with the culture of the country and the places we visited. A whole project that we can’t wait for you to see, listen to, and read, through our various forms of media. A logical sequel to "Our Tour de France" and "Follow The Light" that we’d also love you to (re)see whilst waiting for the other projects scheduled to arrive in the not too distant future. YES, we are preparing other surprises for you!

Finn Iles - Shredding Panorama: A few weeks ago Tommy and I headed out to Panorama Bike Park, for some chill time between races. Fast and loose trails called for some clips and a quick shreddit to recap the afternoon!

Generations: As we get older, our priorities change, time becomes fleeting, and we learn to take less for granted. Ambassador Tim DaCosta is learning to embrace and appreciate every minute he gets to spend with his family. Bikes have become a critical part of their daily life. With the continued popularity of pump tracks and dirt jumps, they're becoming more accessible to riders of all ages and are proving to transcend generations and strengthen family bonds.

Halcyon Days: I am stoked to present this project that Blake Rountree and I have put a huge amount of effort into! We shot this over a very short day and a half and used every second of the available light. I've never walked so many kilometres in the Redwoods! We are both super proud of the finished film and hope you like it.

Dakota Roche - For What It's Worth: A fresh collection of mind melters from the most prolific street rider in the game.

Dakota Roche - Vans Illustrated - Full Part: Dakota Roche dedicated two years to filming this video part and created a two-song masterpiece filmed all over the world by combining his progressive street riding and dead-man hammers that have made this Huntington Beach local a living legend in BMX.

The Skatepark On Treasure Island: The story of an illegally constructed skatepark on San Francisco's Treasure Island, seen through the eyes of a veteran builder who has dedicated his life to the craft.

Chima Ferguson's "Nice to See You" Vans Part: Chima’s resume had him in the top tier, but this new part elevates him into the pantheon of all-timer greats. Those Martin’s Place hammers carry major weight.

Mark Suciu's "Blue Dog" Adidas Part: Mark and his Verso co-collaborator Justin Albert get the band back together to bang out another insane part. Firing off at Pier 7 and going absolutely nuts in New York, Suciu leaves no doubt that he’s one of the best.

The FIFTY - Ep. 29 - Castle Peak, ID - Bad Beta & Backcountry Buddies: On the heels of a massive sufferfest in Montana, Cody Townsend and cinematographer Bjarne Salen, hurry down to Idaho to catch a favorable avalanche and weather cycle to attempt a line deep in the Idaho wilderness north of Sun Valley. Armed with a borrowed snowmobile, enough equipment to survive a week in the woods, some bad beta and the desire to check the line of the list, Bjarne and Cody go out on a mission filled with good vibes, great laughs and some damn fun turns. This is Episode 29 for The FIFTY, and line 32 of 50 completed by Cody Townsend. The FIFTY is a project following Cody Townsend as he attempts to climb and ski all fifty of the lines and mountains chronicled in the book, "The 50 Classic Ski Descents of North America." The series documents Townsend's journey's, travels, challenges and each line and mountain listed in the book. It's a journey through the most majestic mountains and ski lines in North America along with a unique insight into how skiers make decisions in the backcountry, how they plan, navigate and safely move through the mountains along with the people that dedicate their lives to the mountains.

In Pursuit Of Soul - Official Trailer: Last winter, it wasn’t hard finding the soul across twelve independent mountain resorts in North America. These mountains had more rich character and stories to tell than we could've ever imagined possible.

Out Of The Public Eye: Vans and Public Snowboards are proud to present ‘Out of the Public Eye’, a short film starring Darrell Mathes and Kas Lemmens. Founded on the idea of building community and enabling free expression, PUBLIC shares a likeminded ethos with Vans to embrace individuality and creative expression on and off the board.

Nic'ole: "What if I start from scratch, what if I take this apart and remake it, what happens if I just reevaluate this? By doing that I feel like I've discovered so many amazing things and possibilities in things that people really deem as useless." For Arc'teryx Ambassador, Nicole McLaughlin - waste is not just a consequence of our unquenchable thirst for new products, it's an opportunity. A chance for us to create something useful out of something useless. A new life. A circular economy - by design.

Ascend: “It's not about these summits, it's about these experiences in the mountains with my friends and communities, having conversations about what it feels like to be a minority in the mountains…” Last winter, Vasu Sojitra and his two friends Emilé Zynobia and Zahan Billimoria set out to ski Mt. Moran — in the process, reshaped the conversation around disability in the outdoors.

They/Them: For Lor Sabourin, climbing is more than a sport; it’s a way of exploring identity and building resilience in the face of adversity. They/Them follows Lor, a trans climber, into the sandstone canyons of northern Arizona, on a journey to piece together one of the hardest and most inspiring routes of their life. By embracing the strength in vulnerability, Lor has found the space to thrive and build a climbing community that others like themself can call home. 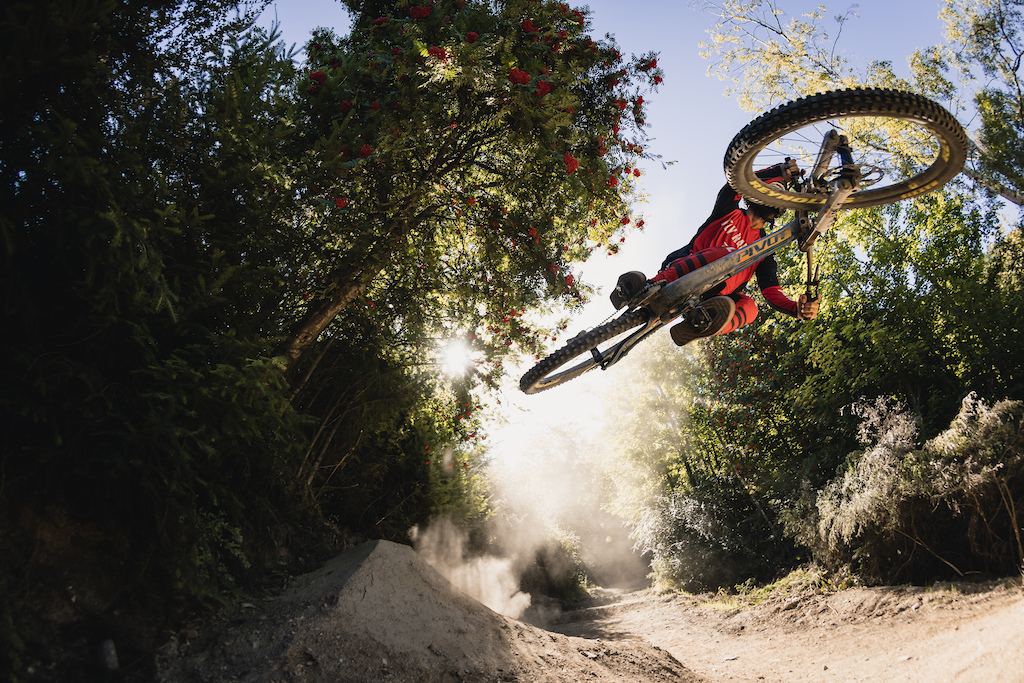