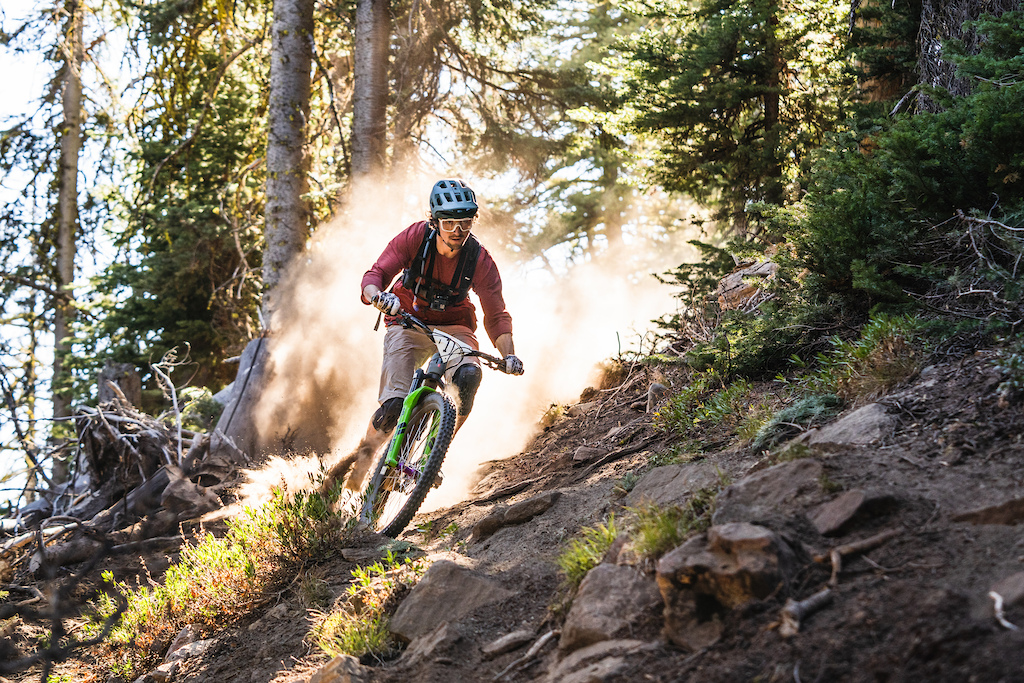 After a hiatus in 2020, the blind format backcountry race that is Trans-Cascadia returned in September, promising a heady mix of surprise, singletrack and gourmet sausage. And 7mesh was there in spirit, thanks to the presence of our ambassador Myles Trainer, who proved fastest over four days of hard racing to bring home a deserved win. A couple of weeks after the event, we jumped on a call with Myles to learn more about his ride.

I’ve done the race a couple of times before, so it was nice knowing what to expect. But I don’t really like going into things with any high expectations. More just trying to have a bunch of fun and enjoy the whole experience. The first time I raced Trans Cascadia I was running in the top ten until a flat pushed me to the back of the field. Year after that, I guess I was fourth or fifth. It’s gotten better each year. 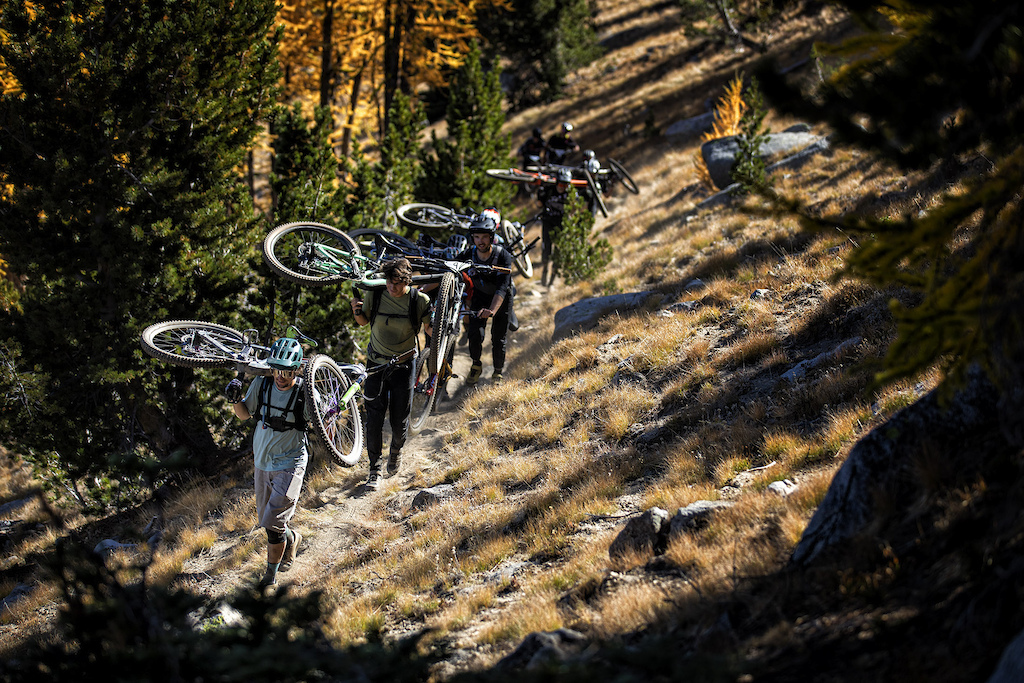 Blind racing presents its own set of challenges.. I’ve always been into maps, so the idea of only seeing the route a few hours before you have to race appeals to me. You’re just kind of flying by the seat of your pants and have to read the terrain. So this year, there were four days of bike racing. How it works is, you get a map the night before of the route for the next day’s stage and an elevation profile showing height gained, lost and your overall mileage. So you have to check the map against the profile to get a feel for what the tracks will be like, whether they’re long, easy descents, tough climbs, etc. And that gives you an idea of pacing and strategy for the day ahead.

For example, if you look at the map and see that the stage has a certain amount of climbing at the end, well, you know you’re going to have to get there in good shape. Likewise, if there’s a tough start, how hard you go out the gate depends on whether you can visualize what the rest of the stage is going to demand of you. 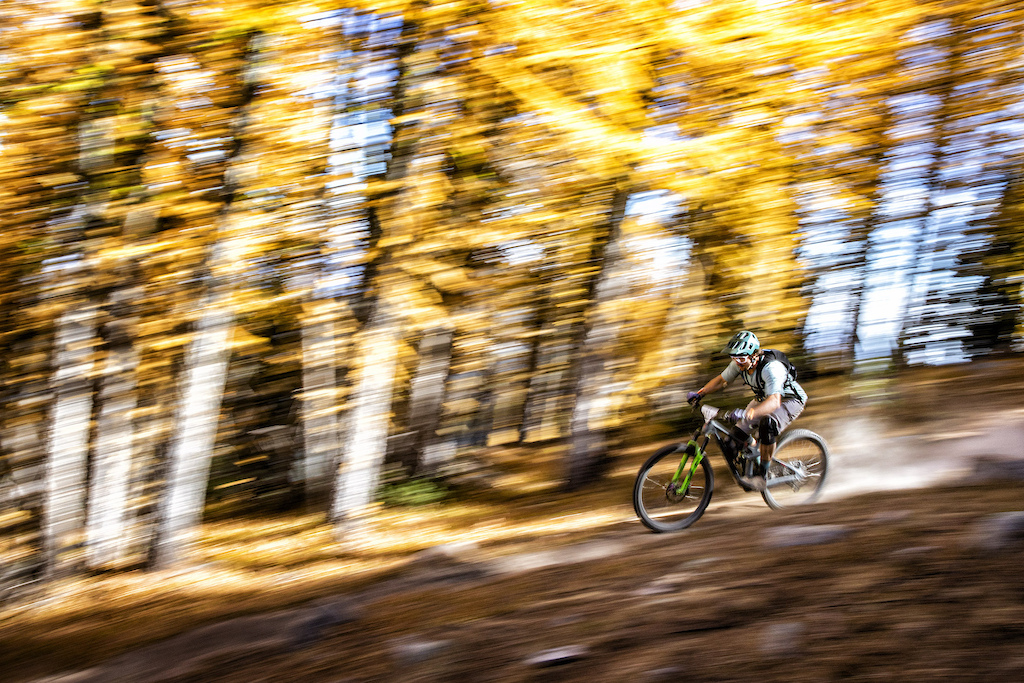 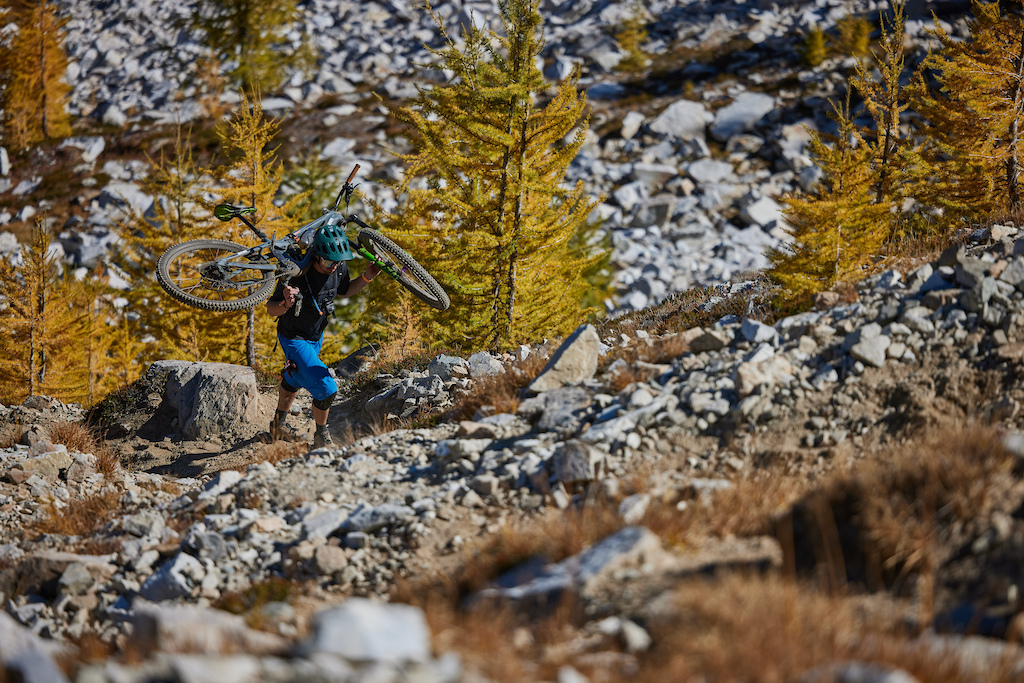 On top of that, everything during the day is on you. Food, water, spares, everything. I didn’t have an issue with that, but I know some people had water filters and whatnot. In every Trans-Cascadia I’ve done, you’re super secluded. No cell phone service, no food stops. But back at basecamp at the end of each day, we had some amazing food prepared for us by Chef Chris Diminno of Gourmet Century and Chris King. I could get used to that.

One of the best parts is you have no idea how well you're doing while racing. Plus, it’s cumulative time, so that’s more mud in the water. During the race, you’re just hanging out with the people around you on the trail, checking them checking you. I was riding alongside my buddy, another Myles, pretty much the entire time, and we were even-steven until he had a minor setback on the last stage, whereas I kept it clean, which gave me the jump. 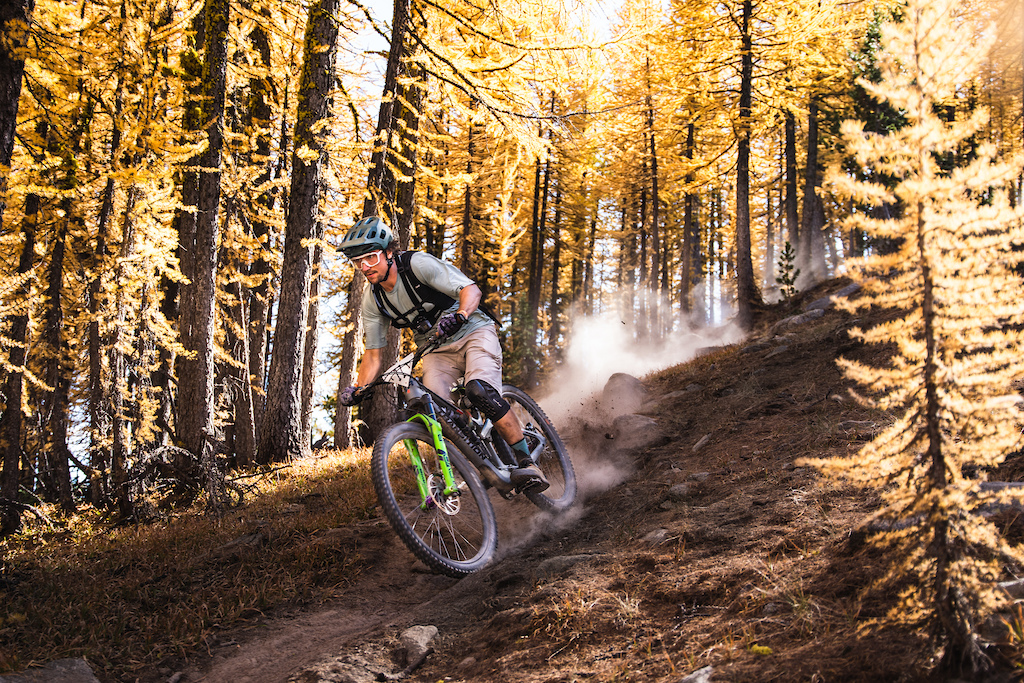 This year the event was held on the eastern side of the Cascade mountain range. That whole area is a world away from the wet and windy Pacific Northwest, just because of the side of the mountains it’s on. There’s far less precipitation; pretty similar to where I lived in California – super dry and dusty. Some days, we were getting topping out around 8000ft, with 3-5000ft of elevation gain along the route.

Taking in your surroundings is important. You definitely have to do that and realize why you’re out there. At certain elevations on the peaks, you find Larch trees. We caught them just as they were turning from green to a golden yellow. It felt like something from a Dr Seuss book! It was pretty mind-blowing.

Choosing the right kit is also super important for an event like the Trans Cascadia. I’ve always been a fan of a thin windbreaker that you can stash in a pocket and pull out when you need it. So I used the 7mesh Northwoods Jacket all the time. For shorts, I was wearing the 7mesh Farside baggies, but underneath I’d wear the MK3 Cargo. For shirts, the Optic and Sight of course – they were daily staples on the ride. 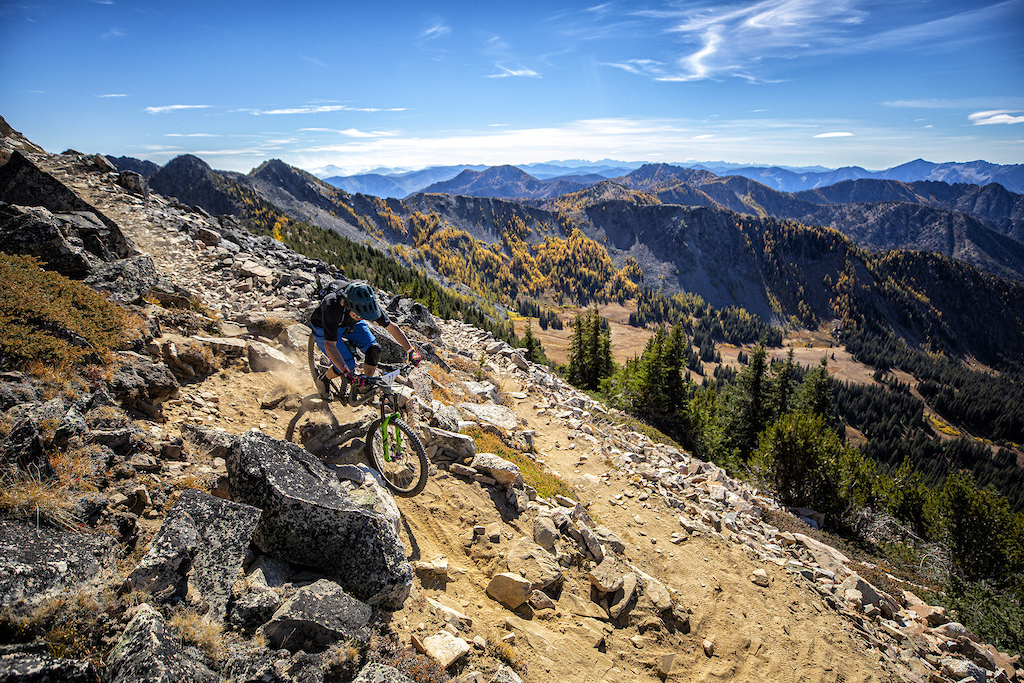 Posted In:
Racing and Events 7mesh

scott-townes (Oct 8, 2021 at 7:15)
I just hope the SJWs don't hear about the "blind" race format because "visually impaired or sight impaired" race format doesn't roll off the tongue as well.


But seriously though, its great to hear that racing stages blind is making a comeback after the world bastardized enduro by eliminating blind racing. Its what the inventors of enduro, le Frenchies, intended. Its a way to make the race fair for everyone, even the privateers who cannot afford to spend a week before the race memorizing the stages' details.

cooperquinn-wy (Oct 8, 2021 at 11:16)
Myles is fast due to the copious amounts of drinking he did in his time wrenching at Wilson Backcountry Sports. Unfortunately, the drinking didn't have the same effect on me. Nice work, Trainer!