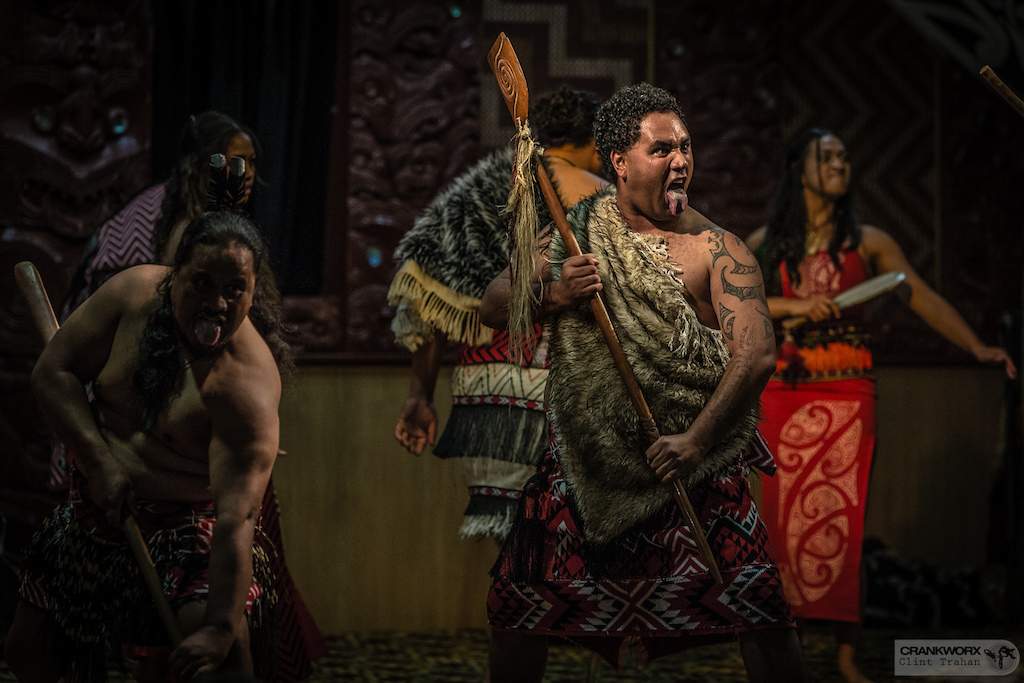 Welcoming MTB royalty to Rotorua, a city with deep Māori heritage and a strong culture of manaakitanga (hospitality) and kaitiakitanga (guardianship of the land). Photo: Clint Trahan
Press Release: Crankworx

Tere Panuku (/Teh-reh Pah-noo-koo/): in te reo Māori (the language spoken by the indigenous population of New Zealand) it means to glide, soar and rise, all qualities associated with the Kings and Queens of mountain biking who gather to compete at Crankworx. In that spirit, a Māori name for Crankworx was recently bestowed on the festival by Kingi Biddle, Pūkenga Mātauranga Māori (Māori Knowledge Specialist) at Rotorua Lakes Council, just as competitors prepare to descend on the North Island city, March 1-8, 2020.

The name was further explained by Ariki Tibble, Event Director for Crankworx Rotorua. 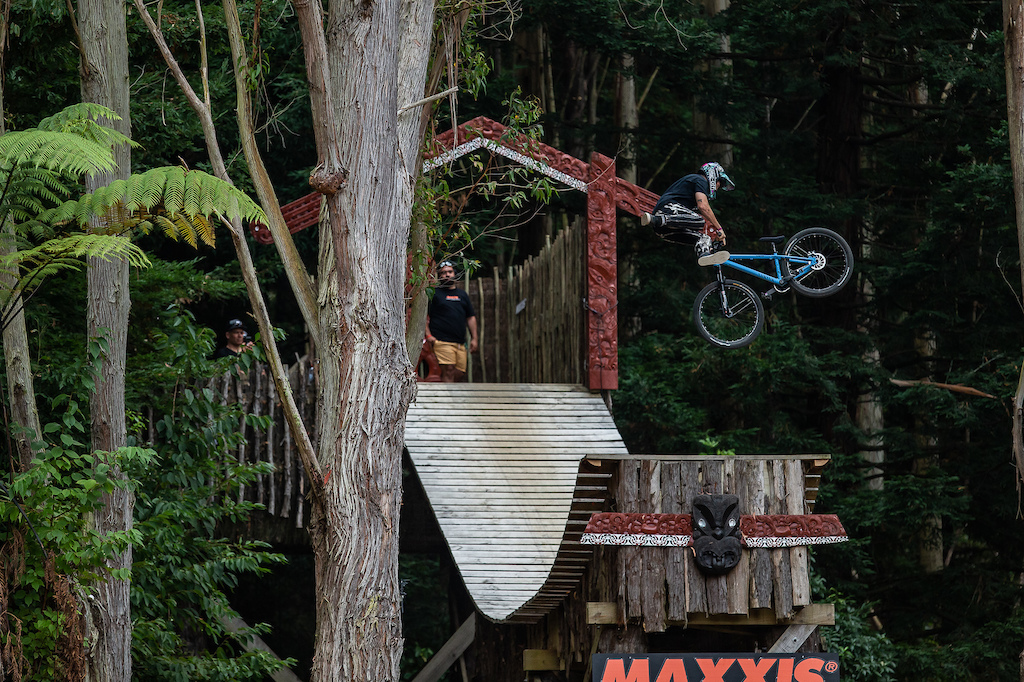 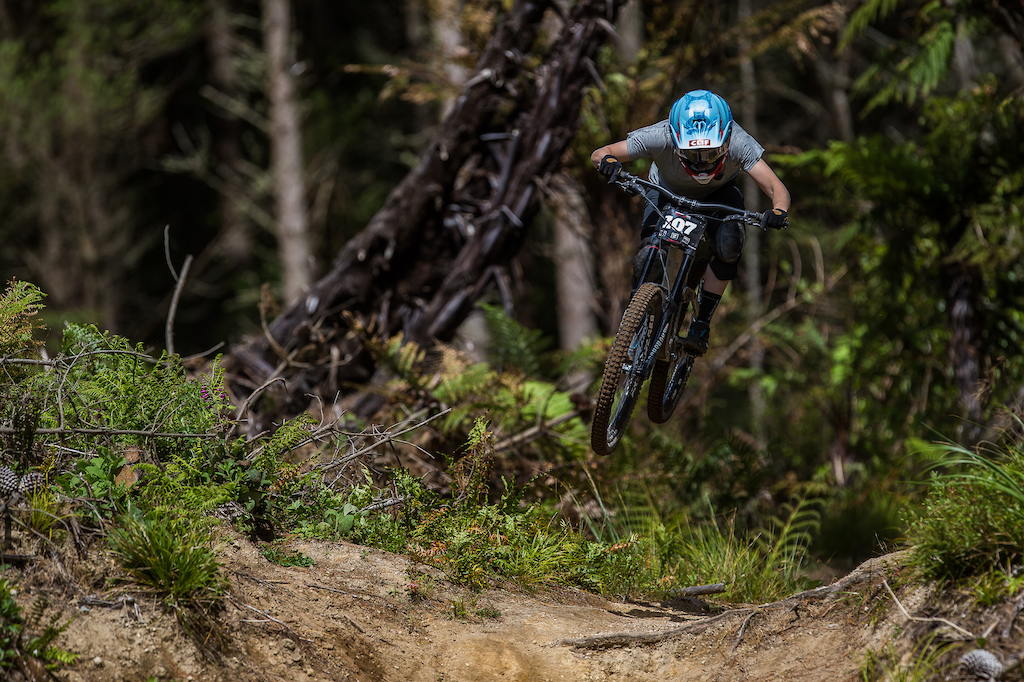 Pushing beyond and rising above - Tomas Lemoine and Casey Brown in Rotorua. Photos: Fraser Britton
Crankworx is influenced by each of the locations that make up its World Tour. Over the past five years, Rotorua with its warmth, generosity of spirit, and pure, unadulterated passion for mountain biking and the environment that makes the sport possible, has come to encapsulate the soul of the festival.

Four days from now, this soul will be set afire as nine competitions, contests and races take place over eight days - the ultimate arena in which the 138 of the world’s best mountain bike athletes will test their mastery of the sport and share their commitment, love and skill with the world.

Here’s a roundup of how Tere Panuku Rotorua 2020 is taking shape.

New Dual Slalom track
2020 will see the debut of an all-new Dual Slalom course in Rotorua to challenge pros, CWNEXT competitors and amateurs alike. The 100% Dual Slalom Rotorua will move to the main festival grounds at Skyline Rotorua, bringing it closer to all the Crankworx action. Famed course building duo Adam King and Chris Martin of Empire of Dirt will be bringing to life a world-class course that’s steeper and more technical, leading to tighter racing over shaped berms, rollers and flat turns. As the resurgence in popularity of this old-school discipline continues, 2020’s new track will set the stage for some epic battles that will call on racers to be on their game from start to finish. 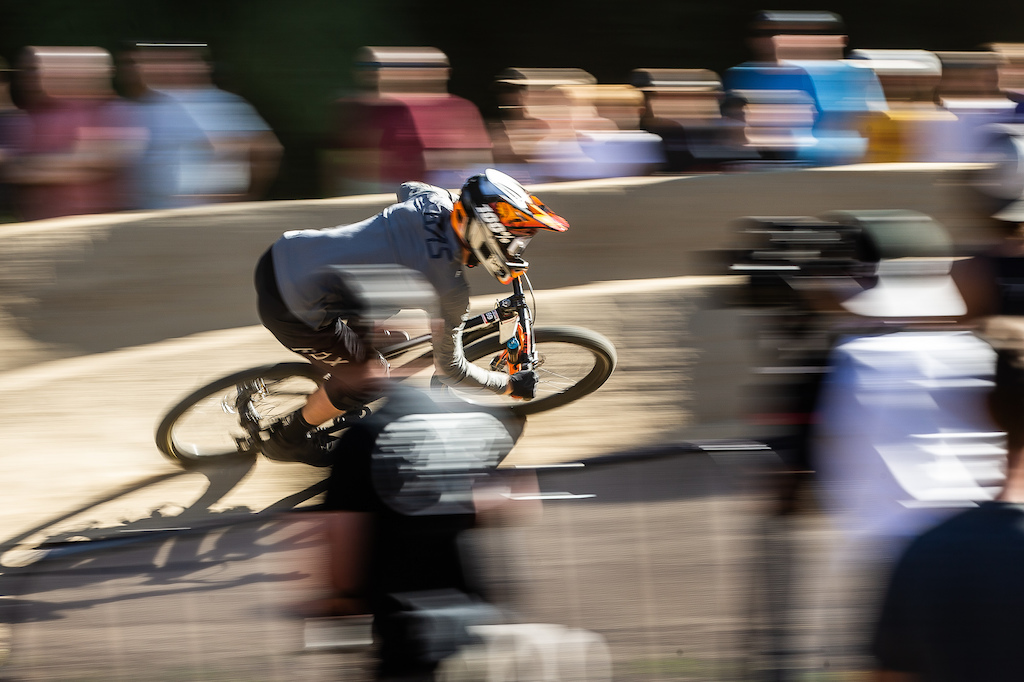 Bas van Steenbergen on the Dual Slalom track in 2019. Photo: Fraser Britton
Rework for Speed & Style and Slopestyle
The blueprint for both courses, where the most stylish riders in the world are primed to prove themselves, will remain relatively similar in 2020, with some changes to a few key features, thanks to the inspired vision and skilled hands of Tom Hey and the crew from Elevate Trail Building.


2020 will be the first time a women’s category of the CLIF Speed and Style presented by Mons Royale is run in Rotorua, with 15 women on deck top compete. 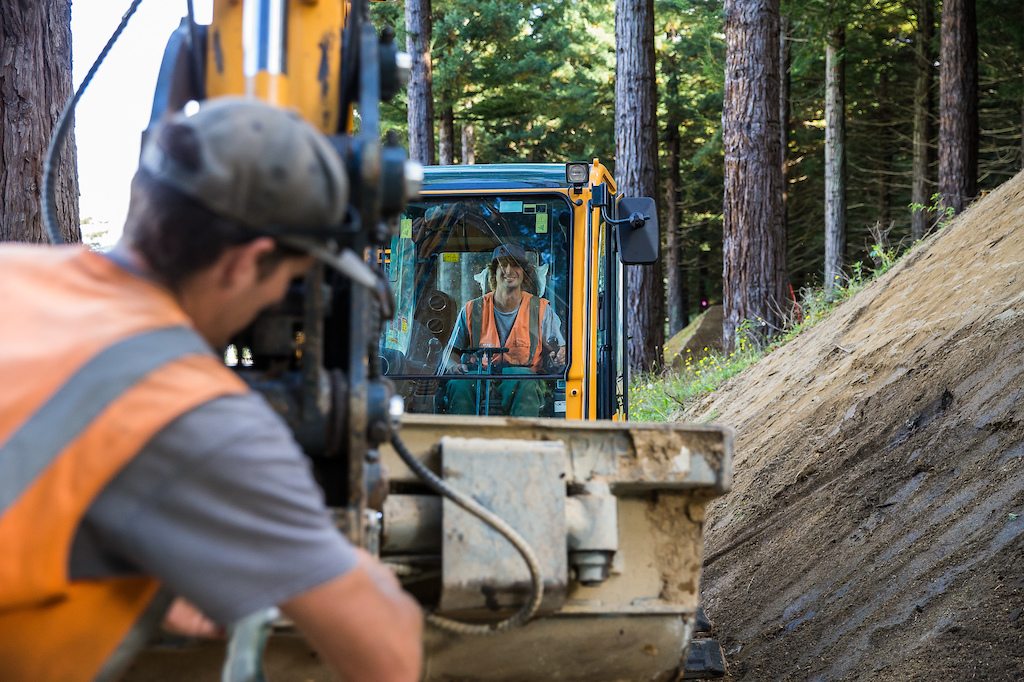 Tom Hey, moving, shaping and bringing the dirt to life and Skyline Rotorua. Photo: Fraser Britton
As for the famed course for the Maxxis Slopestyle in Memory of McGazza, imagined, designed and built by Hey and his partner, the late Kelly McGarry:


Revamp for annual kick-off to DH racing season
As the first international downhill competition of the year, Crankworx Rotorua is often the first glimpse riders have into how their off-season training has set them up for the season ahead. Those lining up at the start gate in the Crankworx Rotorua Downhill presented by Gull will be challenged to some new twists, turns and chutes.

"Riders will face different challenges in several sections of the course this year,” says Race Director Dave Hamilton. “We have new lines through the upper grass slope resembling the high speed Les Gets course. The infamous steps in the Larches have been bypassed with steep, off-camber chutes. The end drop in the last jump has been re-routed into what should be a spectacular finish of a shark fin launch pad into the finish arena" 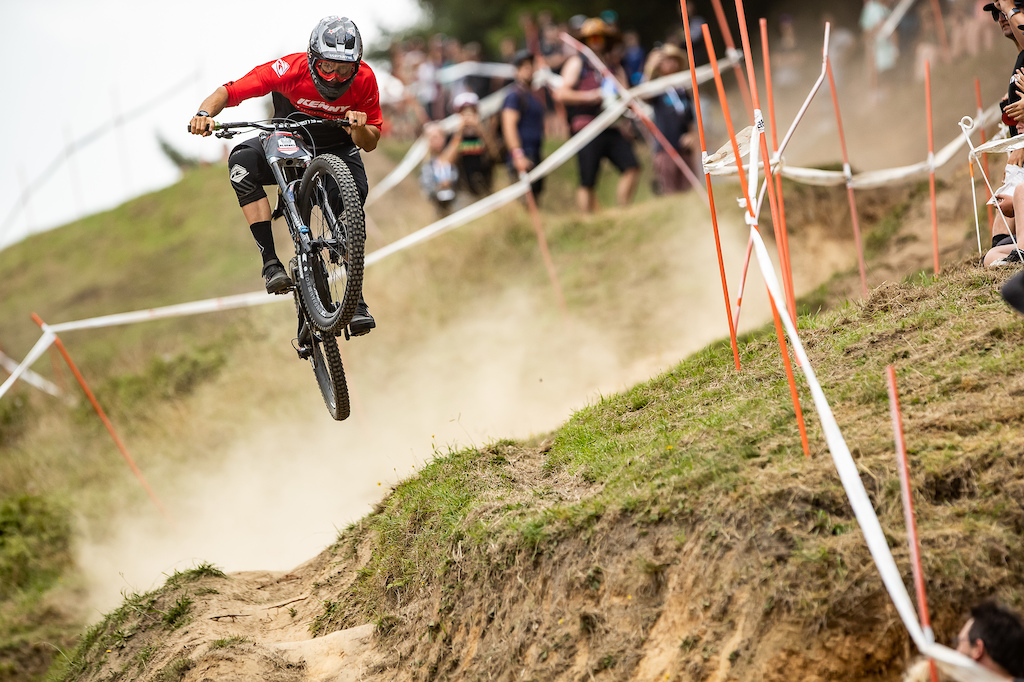 Kiwi rider Sam Blenkinsop, full gas and pedalling for the finish line in the Rotorua DH. Photo: Fraser Britton
Get the full details on all the riders who’re getting ready to take on Crankworx Rotorua: https://www.pinkbike.com/u/officialcrankworx/blog/preliminary-athletes-lists-released-for-crankworx-rotorua.html

Keep up with all the action from the Crankworx World Tour on Crankworx.com, including LIVE event coverage, schedule and broadcast info, tickets, event details, and results from across the tour.

You can also follow along at RedBull.com/Crankworx, including LIVE coverage on Red Bull TV of:

cru-jones (Feb 25, 2020 at 18:58)
I would hope the UCI would wake up and remember how attractive and simple those DS races were. They should bring it back as a pre-event for DH WCs, similar XC Eliminator. Make the courses rough enough so Enduro bikes are suitable, and I am sure the sponsors would be totally behind it as well.