I likes bikes alot...and also do music a lot... 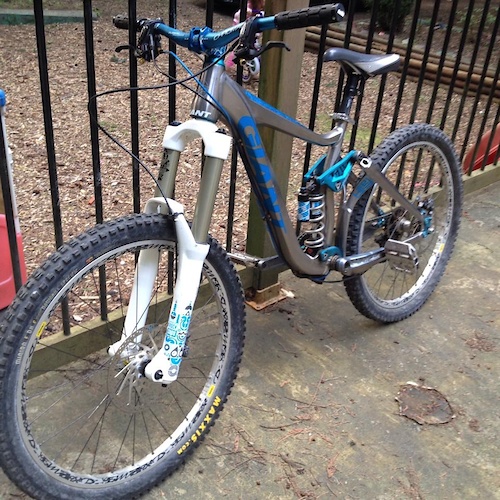 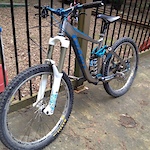 $1600 CAD
OBO Well the time has come. I've moved to a place where there really isn't much riding to be had at all, and so I'd like to see someone put this bike that I've built up to proper use. This is a 2010 Giant Faith0 with tons of upgrades. This is likely the lightest and one of the best faith builds you'll find. Frame: 2010 Giant Faith0 (size small) Fork: Rockshox Totem Solo Air 180mm Rear shock: Rockshox Vivid 5.1 with Titanium Spring Cranks: Raceface Atlas Wheelset: 2011 Silver Mavic Deemax Tires: Maxxis Minion F/R Brakes: Shimano Saint (w/ 180mm discs) Shifter: Shimano Saint (8 speed) Derailleur: Shimano Saint Stem: TwentySix F1.2 Bars: Chromag OSX Pedals: Crank Bros. 50/50 Grips: ODI Seat post: Raceface Carbon Seat: WTB And I also have an almost brand new Fox digital Shock pump for the fork that I'll throw in. Also comes with the other set of dropouts. This is all in great shape, as I haven't rode it for a while, and when I did a lot I didn't rip hard. But man is this thing fast, smooth, and easy to flick around. More detailed photos can be found on my profile, but note that not all parts in older photos will be current as they were taken at various stages of the build. This photo and part list are correct. Please do not ask me to ship this. I'll cross that bridge if it comes down to it, but not at this point. Will meet on the island or ferry terminals for those who are serious. Will accept offers, reasonable offers so don't ask me to bend over. Prefer text as I'm not on PB very much. WILL TRADE FOR A HIGHER END MACBOOK PRO..! (However, that MUST be an i series processor and have at least one Thunderbolt port) Any questions, ask away. Cheers. 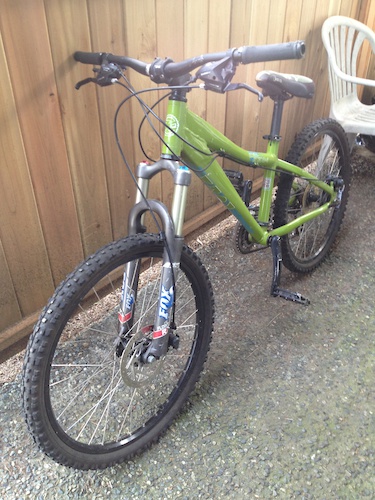 $450 CAD
For sale or trade for decent adult sized full-sus MTB: 2010 Kona Shred 2-4. My son is finally taller than me, which means 2 things. I'm getting f*cking old and it's time for him to get a new bike! But the only way that can happen is by getting rid of this one. This is a fantastic bike for the younger rider! This has been ridden lightly for about 2 years in total, with less than 20 trail rides on it. There are a few scratches, mostly on the bottom of the top tube from taking it on/off the bike rack on my vehicle and one of the clear plastic caps on the right shifter is missing but still shifts fine. It could also use some new grips I suppose. This bike has been blessed with a buttery smooth Fox Float R with 130mm of travel. I have a shock pump and can set the fork up for the weight of your son/daughter. The fact it's an air fork means it can be easily adjusted as they grow without having to swap out springs inside the fork according to their weight. Comes with a set of trail tires and a set of dirt jumping/street tires as well. Local pick-up is preferred, but I am willing to meet on Vancouver Island or at Nanaimo ferry terminals for serious buyers. This is easily one of the best Jr. bikes currently for sale on VI so don't miss out as it's a heck of a deal..! $450 obo Feel free to ask any questions about it EXCEPT TRADES FOR RIDICULOUS NON-BIKE ITEMS AND FOR THE LOVE OF GAWD DON'T ASK ME TO SHIP THIS THING

ButtonPusher brule's article
Aug 24, 2013 at 22:00
Aug 24, 2013
Bearclaw Invitational - Top Three
oppo is as hard as switchstance on a skateboard... doing already difficult tricks oppo with huge style and amplitude earns my respect for sure... 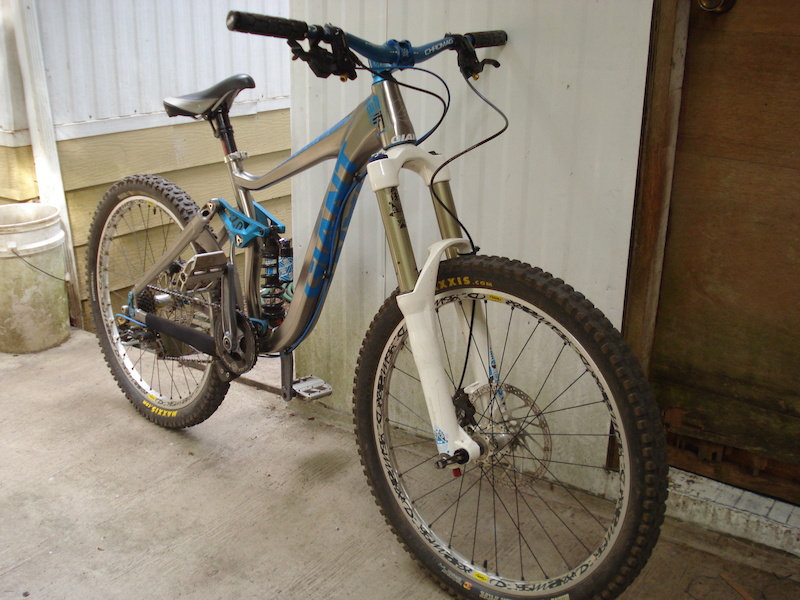