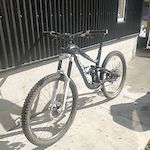 $1300 CAD
*DISCLAIMER* About 18 months ago, my mechanic informed me that he had found a VERY small crack on one side of the bottom shock mount (see photos) while doing some end-of-season maintenance. Now I don't know exactly how or when this happened (not from an impact though), but nothing budges when removing the shock and stress testing the crack the best I can, and I rode all of last summer without any issues whatsoever (I'm not super aggressive, but I love technical, steep riding, slab trails with heavy compressions, a day or 2 of bike park, etc). Realistically, this crack has been there for at least 1.5 seasons of riding. I've contacted CarbonWorks in Oakvillle, ON with detailed information and photos and they are able to fix it ("Yes we can use special carbon infusion epoxy for this process and it is good for small areas as well and limited space") for $395. I'm after a new bike and just can't be bothered to deal with shipping across the country. Otherwise, the bike has been well used and is in good mechanical condition. The Deets: -Front triangle replaced in 2016 -Frame is Medium Carbon -Fork is Rock Shox Pike RCT3 160mm Dual Position Air 27.5 -Rear Shock is Rock Shox Monarch Plus Debonair RC3 -Brakes are Shimano XTR Trail M9020 -Cranks are Shimano XTR Hollowtech II Trail M9020 170mm -Chain ring is Shimano M9000/M9020 single chain ring 30 tooth (one season of use) -Rear Deraileur is Shimano XT 11 speed (one season of use) -Rear shifter is Shimano XTR Rapidfire Plus shift lever 11 speed -Cassette is Shimano XTR M9000 11 speed 11-40 tooth (half season of use) -Wheels are hand built. Front has an XT hub with a WTB KOM i25 rim. Rear has an XTR M9010 12x142mm with a WTB KOM i25 rim. Both are tubeless compatible and have a few dings. -Seat post is a Race Face Turbine 150mm travel 30.9 internal -Stem is a Chromag BZA 50mm length (one season of use) -Bars are Chromag BZA Carbon 35mm diameter, 790mm/31 inch length -Saddle is a Joystick Emulator -Pedals are Shimano Saint Spare parts include: -Front deraileur XTR 2by -Front shifter XTR M900 -Rear deraileur hangers Syntace hanger Qty. 2 plus one Syntace bolt -Rock Shox Duel Position fork tolkens Qty. 2 -Rock Shox Monarch Plus Debonair RC3 rebuild kit Reasonable Offers accepted on the whole package, or parts. But I ain't no fool so don't offer me a shitty back rub, your PS3, or your grandma's legendary apple pie recipe (although that could be negotiated in a deal). 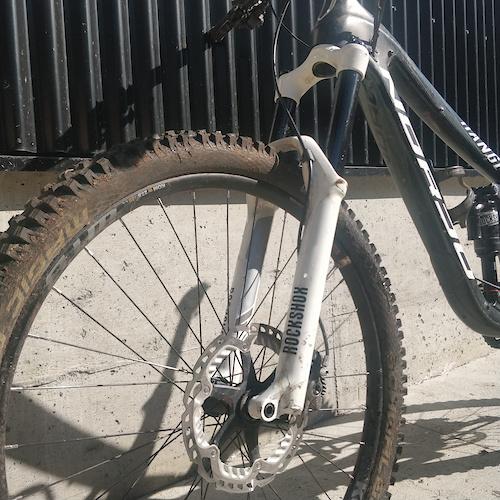 Gski mikelevy's article
Oct 7, 2016 at 11:26
Oct 7, 2016
Heckler's Rock: The Final Heckle - Video
Beer cans and other trash ending up in the woods = LAME. I'm sure the recycling/trash guys did a good job, but if people that wasted can't be responsible enough to pick up after themselves, boot them off.

Gski pinkbikeaudience's article
Oct 7, 2016 at 10:22
Oct 7, 2016
Squamish Campground Project - An Affordable Place to Stay
They need to replicate the idea by the stawamus river so the climbers can stay where they already are (it makes logistical sense too)