Video: Following Johny Salido's Dreams of Rampage in 'Keep on Keeping on'

When Mexican freerider Johny Salido held a wildcard for Red Bull Rampage in his hands by finishing second at Marzocchi Proving Grounds in September 2019, he was completely overwhelmed. This was his opportunity to make his biggest dream a reality. With his new documentary, Johny shows how much Red Bull Rampage means to him. A heavy crash one day before the final of the event adds an emotional element to an open and honest view on Johny’s Rampage journey. Be part of Johny Salido's "Keep on Keeping on | Dreaming of Rampage"! 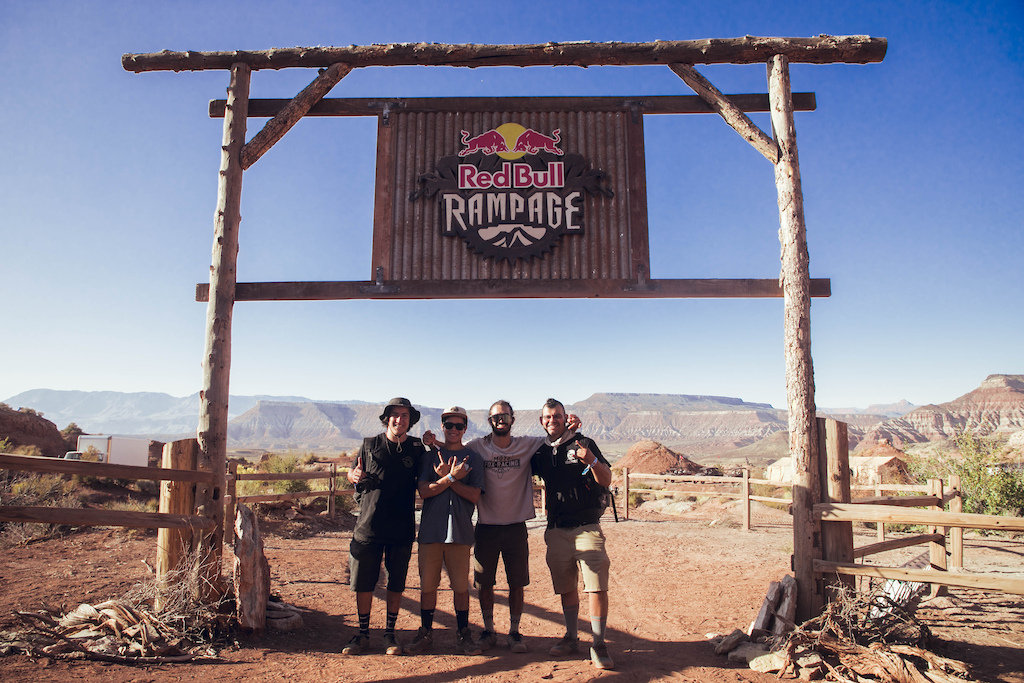 © Juan Diego Taylor
Johny and his crew at the finish line of Red Bull Rampage
In Salido's "Keep on Keeping on | Dreaming of Rampage" it becomes clear that he has been passionate about riding bikes since his early childhood. Since he was just nine years old, he has enjoyed every second on his bike, surpassed expectations with top race results in his early years and fulfilled his dream. In September 2019, Juan Diego Salido aka Johny Salido became the first Mexican to qualify with a silver medal at the Marzocchi Proving Grounds for Red Bull Rampage, which has been held in Zion National Park in Utah for many years. 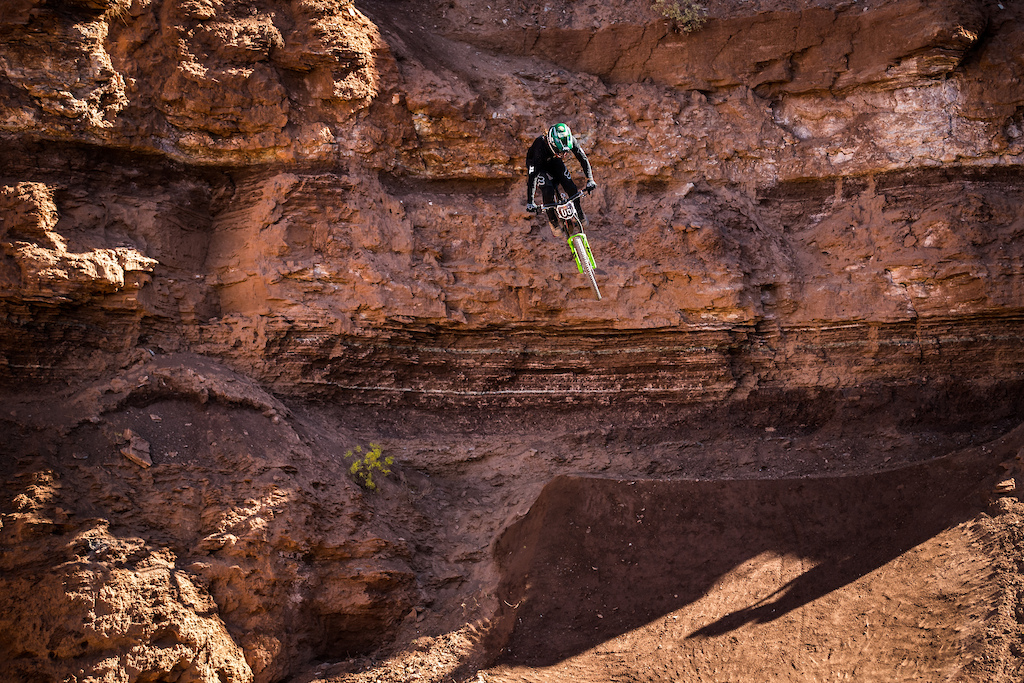 © Boris Beyer
Johny sending a huge step down
Johny and his crew set off for Utah in their truck, with the bikes, luggage and cameras for the biggest freeride event in the world. The documentary shows the great spirit and bond between them as they have a good time during their road trip. Anticipation is high with only good vibes and laughing amongst them.

What makes Red Bull Rampage so unique? The riders who take part in the event, shape and build their own line together with their crew – two shapers and a cameraman – so they can express themselves individually on their bikes. They have one scouting day, eight days for the actual construction of the line plus two days for recovery. Johny and his team work hard and prove themselves and put in some serious physical work. 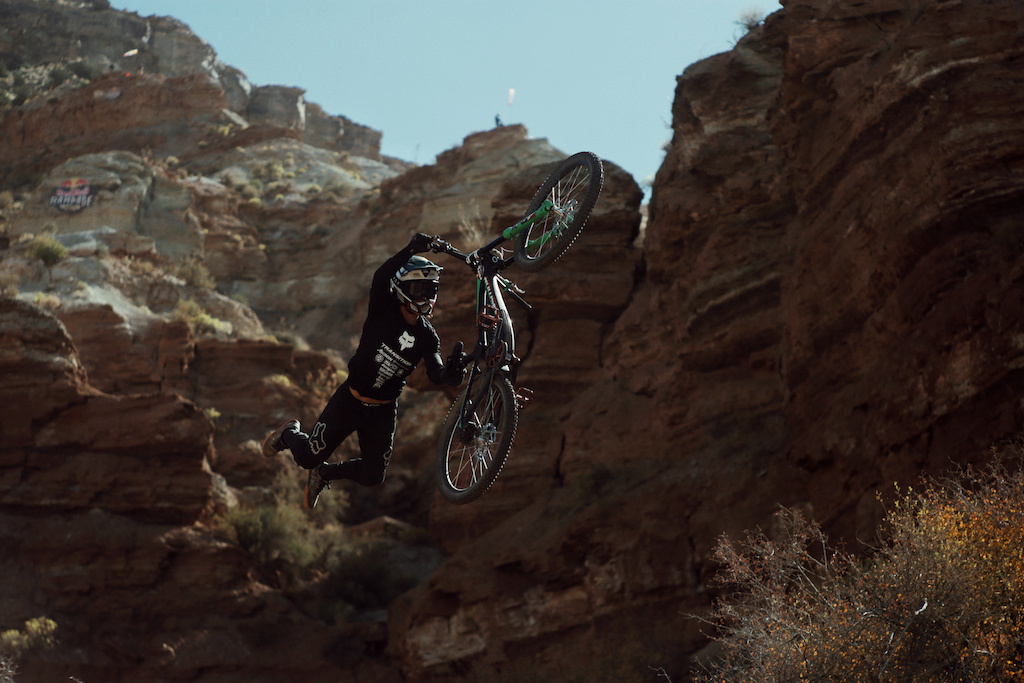 © Juan Diego Taylor
Flying high at Rampage
He is the first rider ever to represent Mexico at the biggest freeride event in the world. It all looks like his biggest dream will come true - until on October 24, 2019 – one day before the Final, he seriously injures himself on a massive step-down backflip. He is immediately in severe pain, but he doesn't want to give up and lose sight of his dream. In the video it becomes clear he’s willing to fight the pain if possible, to be a part of the final of the contest. His team notices on the day after his crash that something is wrong with him: 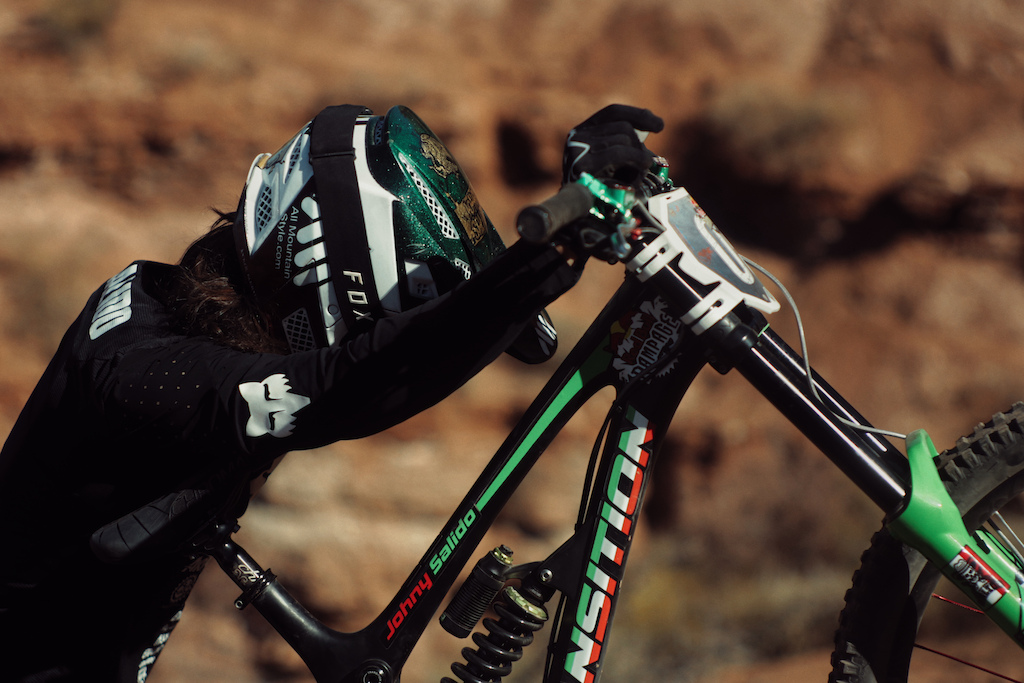 © Juan Diego Taylor
Johny on his way back to the top at his first Rampage experience
Eventually one can see Johny in hospital bed. He has suffered internal bleeding caused by a ruptured spleen. After his first practice run on the final day of Rampage he has collapsed and was taken directly to hospital. So, for the time being his dream is on hold. He has been part of the event, has ridden next to the superheroes, has built his own line, all that’s left is for him to show what he is capable of on finals day. The title of the documentary "Keep on Keeping on | Dreaming of Rampage" reflects that Johny Salido is not giving up on his dream and will continue to fight to make it a reality.

IndustryNineOfficial Plus (Dec 4, 2020 at 8:57)
Cheers to you and everyone helping make it happen! We're grateful to be a small part of your story and journey. Keep on Keepin' on!

owlie (Dec 4, 2020 at 10:09)
We rode into Rampage and his whole crew "Team Salido" still came in wearing their T-Shirts in support for him. At that point we didnt know he was out. Poor little town of Virgins one cel tower was blasted. No internet

lafayettebiker (Dec 4, 2020 at 23:09)
Had no idea he was so young, and that he's already done so much. He's insanely good for his age. Really good video and it shows that we (sponsors and media) should look out for amazing riders who just haven't gotten as much exposure because they don't live in whistler or the usa.

HaydukeLives (Dec 4, 2020 at 20:43)
A spleen injury is way to easy to push through and way too dangerous to ignore. I shattered mine (into multiple bleeding pieces) and I was able to ride out. I waited way too long thinking it was just a bad concussion and ended up in the icu for a week.(Thanks wifey for my buddies who ended up dragging me unconscious from the floor to the car) I was out for two months, shitting myself, and unable to move without passing out.

I hit the biggest jumps of my life after recovering. Super stoked to see Johnny continuing to follow his dreams. Glad everything worked out and hes back at it

superxavi (Dec 4, 2020 at 15:44)
Love it and love seeing central and south American athletes crack higher into the world stage.

panchocampbell (Dec 5, 2020 at 5:48)
grande Johnny!!
Below threshold threads are hidden