Every thing else is written in small writing apart from BLACK,which is ironically white in colour

Looks like a badman rider if you ask me,Should well get him sponsored.

Haha,legend. no seriously im not a rip off this is a joke,Andycreak123 is a Christian and loves to suck jesus' balls.

$500 GBP
2003 k3 Suzuki AY50 liquid cooled moped/scooter For sale here we have my practically brand new suzuki ay50 liquid cooled moped.I say practically new as i have just fully rebuilt the engine spending over 140 quid on: Brand new racing Crankshaft(racing conrod etc) Brand new quality crankshaft bearings Brand new quality crankshaft oil seals Brand new piston and rings Porting on engine Matched the gaskets to the engine and visa versa. Brand new gasket set Brand new iridium ngk spark plug The engine starts 99 percent, first time on the kickstart. I only rebuilt the engine on the 14th of april 2011 Since then i have coverd around 50 miles,taking it very easy for the first 20 going around 10mph, then gradually increasing,Never revved the shit out of it,And it may still need breaking in after i sell it so bare this in mind!. When i put the engine together i pre-lubed the bearings,piston etc,just to get that pre stage smoothness,With castrol 2 stroke oil,This is what i have been running the moped in on,and have added a little bit to the fuel aswell,just to make sure it gets the luberication.the oil pump does work fine,i have tested it and it pumps oil,but i just wanted to give it a little extra,just in case. All of the plastics bar the front headlight surround have been repainted Pearl white,Done properly with Air gun, undercoats,Quality paint,lauqer,etc.Not some scimpy flakey matt crap that you usualy see with mopeds.This looks Absolutley brilliant.The only reason i left the headlight surround to be honest was because i totally forgot to give it to the painter,and only realised when i was fitting it back on,However it works suprisingly well as it matches the exhaust and air filter cover. I have put a few decals on the bike as shown in the picture(s),They are a tribal design and look great. The rear panels are from an earlier bike,as the originals were smashed. Some of the panels have a few chips in them from installing bolts but these are very hard to notice.also the front fairing has an around 1.5 inch scratch on on due to someones bicycle handles bar scraping it,I have used a paint to to cover it up and is very hard to see. It has a few upgrades aswell such as Technigas next R exhaust (annodised blue) Mallosi rollers K and N racing air filter with cover Ngk iridium spark plug The bike has been deristricted i have had it up to 50 already,not even full revs,Considered its not run in properly yet,its fast and is only going to get faster as the miles increase. The bike has coverd around 7300 miles from new,but as the engine is rebuilt,practically it has only coverd around 50 miles,Probably under that to be honest.please note the miles will increase as i am currently using the bike. The bike does have tax until the 31st of january 2012,however when i was riding the other day,the whole tax disc holder fell off and i have no idea where it is. (only £15 for a year though!) And mot until the 25th of august 2011 I have all of the papers to go with bike including manual. The only minor problem with the bike is that the start motor is a bit temperamental,it works about 75% of the time,but sometimes it just spins and does'nt engage properly,however there is a nack which i have found out.Like it says it starts first kick on the kick starter. This bike would make a ideal moped for a 16 year old.It is not a cheap chinese piece of crap,and is very reliable. Any questions just ask, Thanks Jordan.

Jordys14 brule's article
Apr 16, 2011 at 14:52
Apr 16, 2011
Random Photos - Sea Otter Part Two
What is the advantage of presta valves over the normal schrader ones? most of the bikes here have them,but i only find them annoying?
Load more... 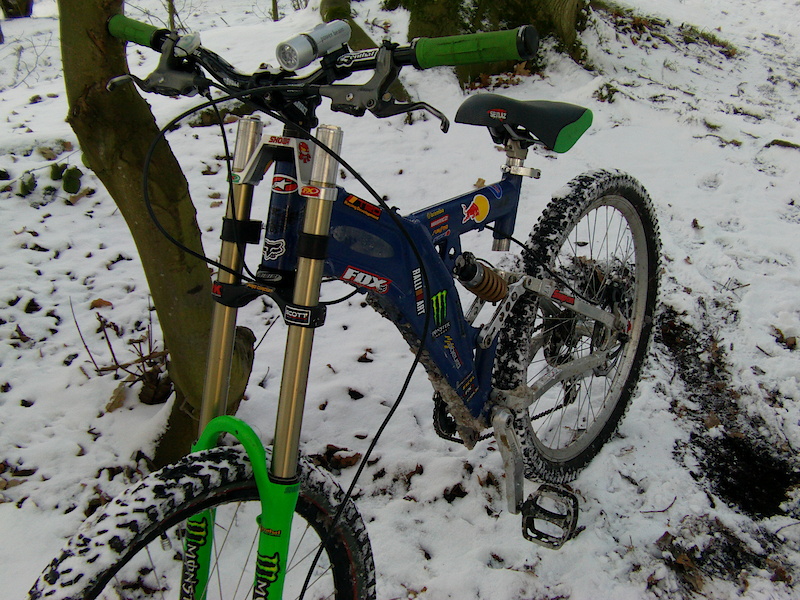