VooDoo Ride - We Ride for Those Who Can't 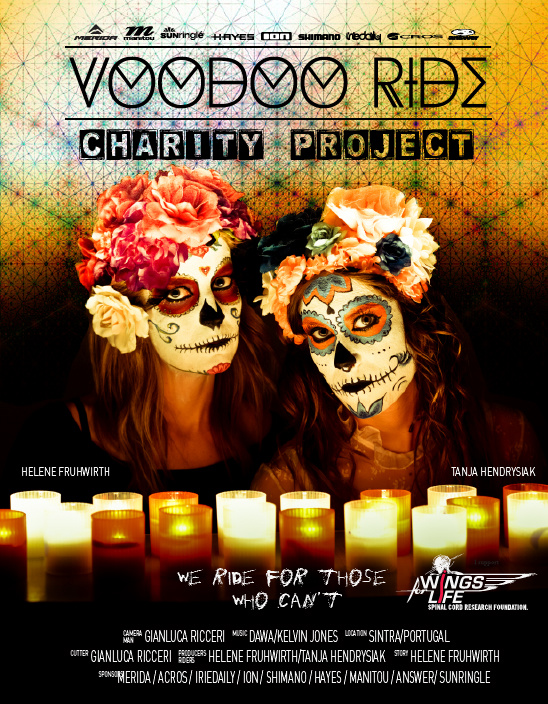 Voodoo Ride- We ride for those who can't

WATCH - ENJOY - READ - DO SOMETHING GOOD and win a bike! (see information below)
The "Voodoo Ride“ project was set up in the beginning of 2014 by Helene Fruhwirth and Tanja Hendrysiak and is based on Helene’s dramatic personal experience, her brain surgery that she had in Spring 2014. After a MTB crash doctors found a cerebral cavernoma, a blood vessel malformation in the brain during a routine check, which needed to be taken out. At that point it was not clear, how the surgery would turn out - if she might have a disability, since the cavernoma was located in the motor center of the brain. Naturally this was very scary news. But everything turned out well and she had an idea. 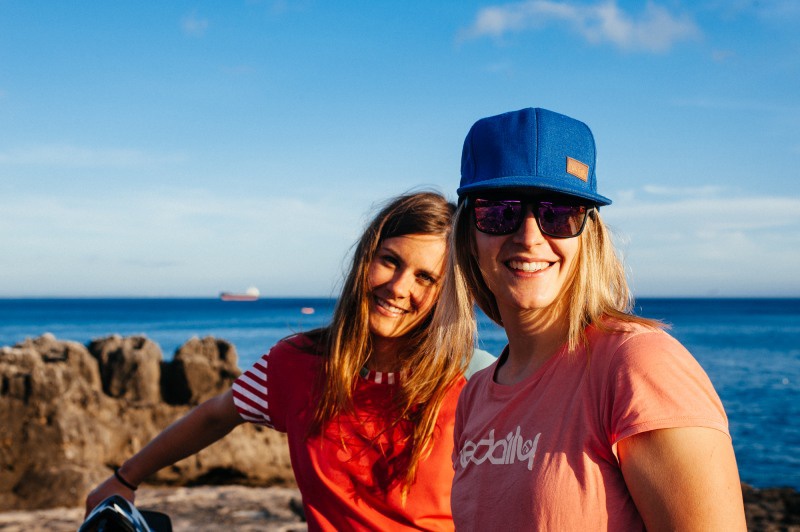 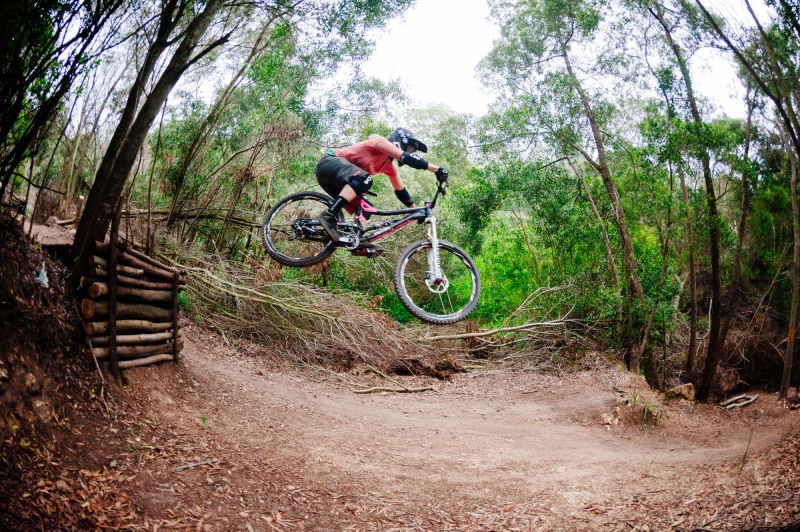 The tracks in Sintra are amazing, but very hard to find without the locals.

"I am very lucky because the surgery turned out fine and I can live my life how I want and do what I love – which is riding my bike! But a lot of people are not as fortunate and that‘s why we got the idea to help them and to contribute something, which is this video and a subsequent charity tombola for "Wings for Life“. Their goal is to find a cure for paraplegia.“ - Helene Fruhwirth 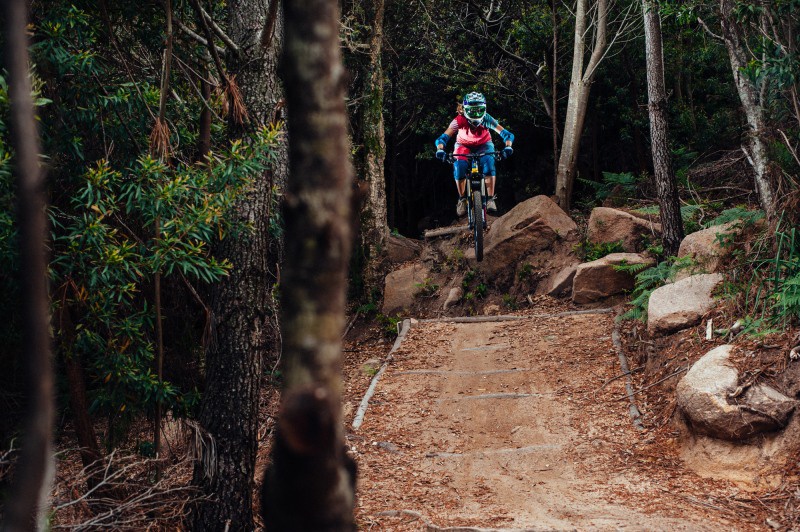 Tanja in the air! 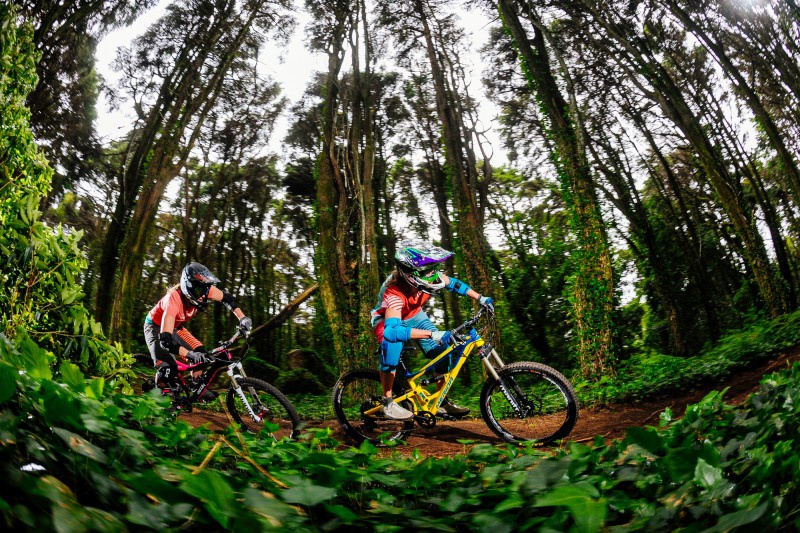 "This video project was something new for us and we didn't know how it would turn out. But we knew from the beginning that we wanted to make something unique and something with a charity background. Because it's not just a normal riding movie. We put a lot of effort into it. It has an interesting story line, good dialogs, many different actors, we chose a different way to represent our sponsors and I can say we are very satisfied with the outcome. Big thanks to everyone who helped us to make this project possible." - Tanja Hendrysiak

The idea of the "Voodoo Ride“ movie with its charitable intention met a lot of response from Helene’s and Tanja’s sponsors (Manitou, Hayes, Answer, Sun Ringle, Merida, Acros, Ion, Iridedaily, Maxxis and Shimano), as well as actors and voluntary background actors, the video maker Gianlucca Ricceri, the photographer Jorge Matreno and the "Wings for Life“-project manager Wolfgang Illek. (find the interview with him below) 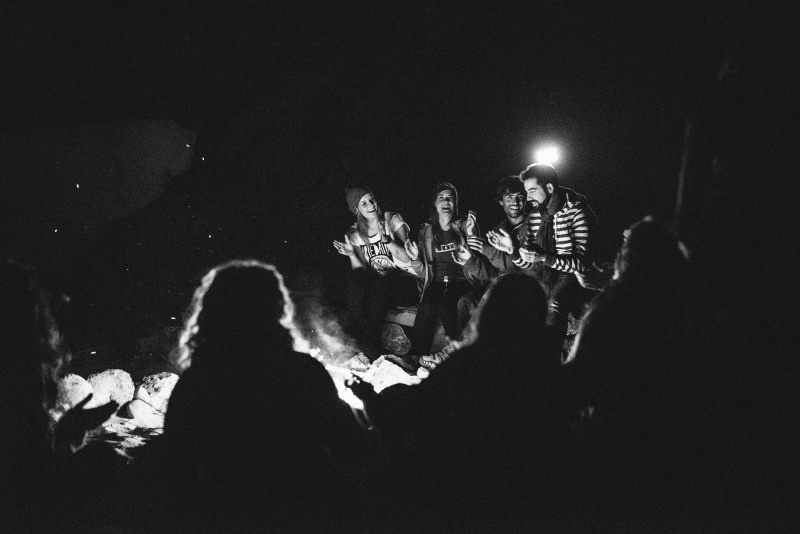 "People tend to forget that this sport goes along with certain risks and that crashed riders are not always able to stand up and continue riding. It doesn't matter if the rider is a professional athlete or riding just for fun, anyone can be effected. That’s why the Hayes Bicycle Group decided to support this project right away and we are happy to be part of it.“ - Tim Fischer, Marketing Manager Hayes Group Europe 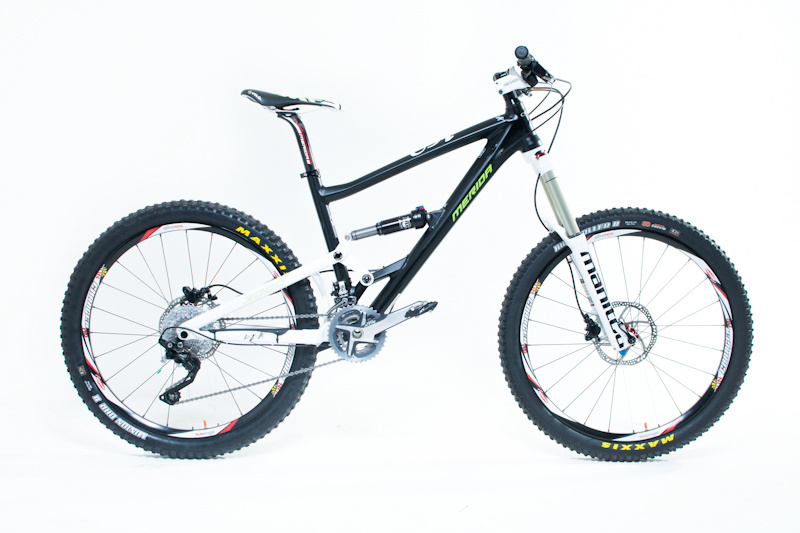 This is the original Voodoo bike from the movie, and you can win it on the 10th of December. So donate and keep your fingers crossed that it will be yours! It is a Merida Sixty Enduro Bike with the new MATTOC Manitou fork, Hayes Prime brakes, Acros head set, Shimano XTR and XT parts, Sun Ringle Pro Charger Wheels, Maxxis Tires, Answer handlebar and grips.

Just donate and you automatically take part in the charity tombola for Wings for Life. Wings for Life guarantees that 100% of the donations will go towards cutting-edge spinal cord research projects. The same applies to the proceeds generated through this "Voodoo Ride“ bike- tombola. (more infos below) 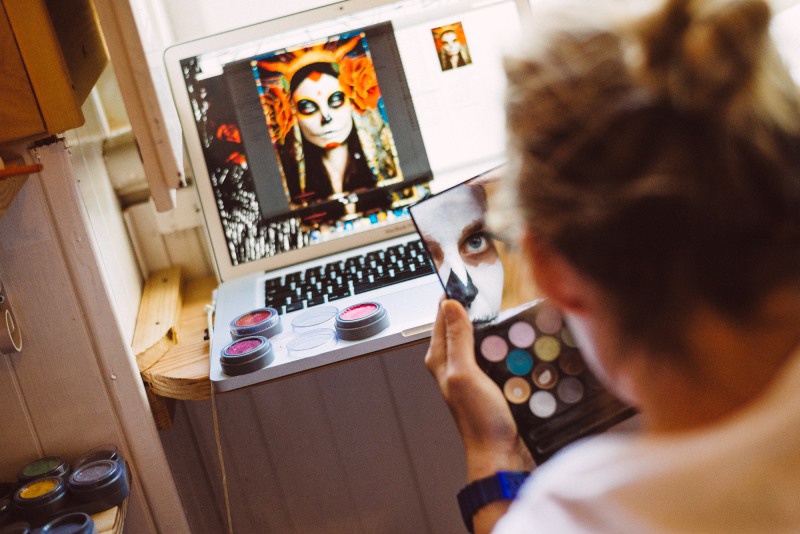 A lot of patience was needed to make it perfect. 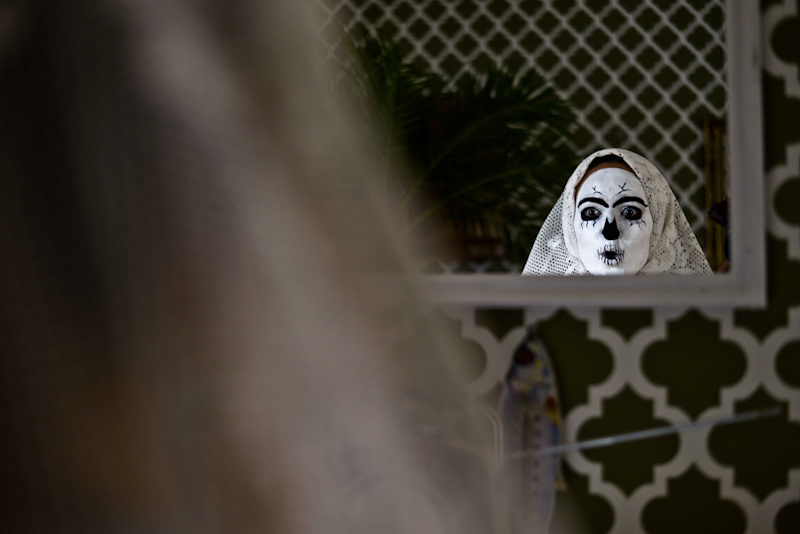 The girls were creative: the ghost’s headscarf and cape were originally Tanja's grandmother's kitchen curtain. The movie had many helpers and actors. Also this ghost, in real life her name was Marcia and she is a local MTB rider from Sintra. 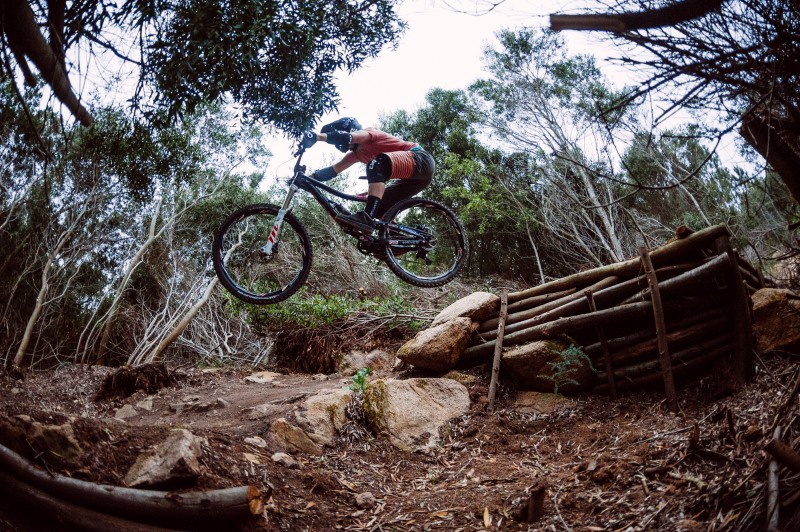 "There were many reasons to accept this project and first of all: it was different. As a mountainbike videomaker you don't have many chances to film something like this, a really true short movie. This is definitely caught me. Moreover I liked the idea to make something that in some ways could have helped people with bad luck. Last but not least how to say no to this gorgeous ladies and to the beautiful location of Sintra in Portugal?"- the filmer, Gianluca Ricceri 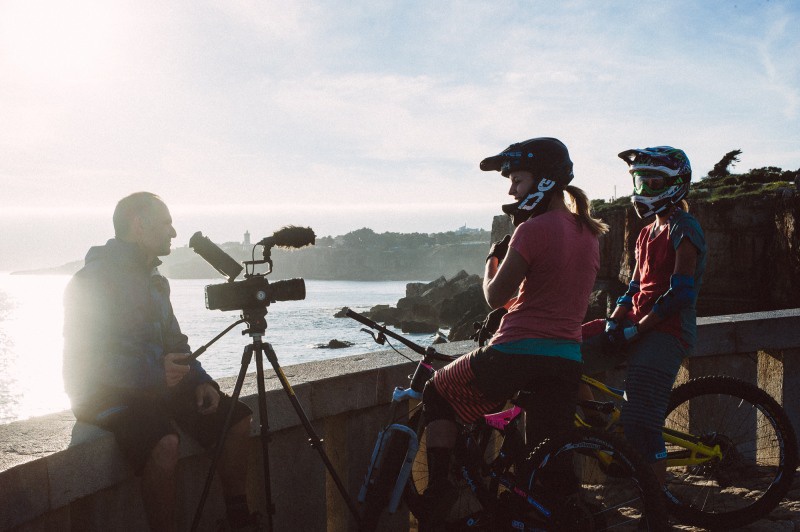 Helene met up with Wolfgang Illek, the WIngs for Life project manager, and interviewed him:

Since Wolfgang’s crash during his training for the Downhill World cup in Schladming 2004 he has been paralysed from the shoulders down. It was not a spectacular crash, but a quite common one "over the handlebars“. But it was enough to put him into a wheelchair and to completely turn his life upside down.

"Right after the crash there is nothing like before. I communicated merely with my eyes and after 13 months of hospital and rehabilitation, I could go back to my family and friends for the first time. Back home I realized that there were a lot of barriers and obstacles and it was hard for me to depend so much on the help of others. 'Please‘ and 'thank you‘ became part of my daily standard vocabulary.“ - Wolfgang Illek, Project Manager at "Wings for Life“ 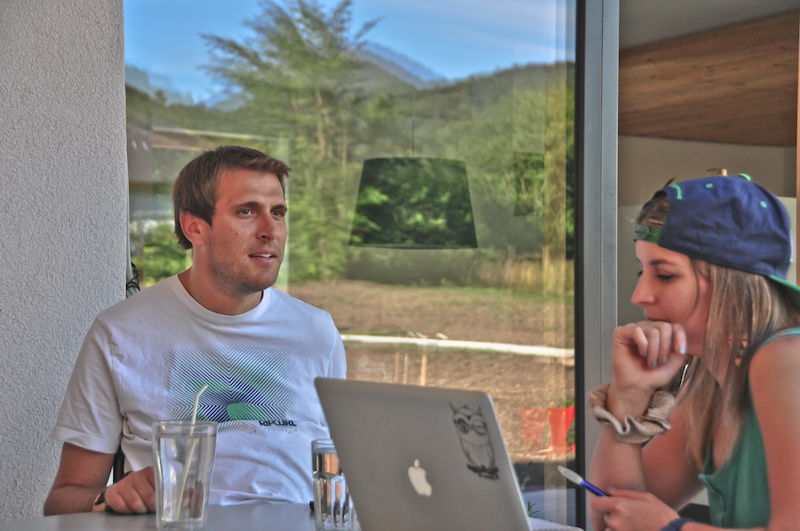 Despite this cruel blow of fate Wolfgang doesn’t let himself down. As an athlete he is used to fighting his way through things. He finished his studies, continues to exercise consequently and now works as project manager for "Wings For Life“.

"I am very proud to be a part of "Wings For Life". This foundation for spinal cord research has the goal to find a cure for spinal cord injuries. In order to achieve that, we support the most promising research projects all over the world. The question is not whether effective treatments and cures will be found, but when they will be found." - Wolfgang Illek, Project Manager at "Wings for Life“


"We have great support from the field of sports, for example from Sebastian Vettel and many more. But it cannot be enough - we have not yet reached our goal. We are very happy about all the support that we can get and with Helene’s and Tanja‘s "Voodoo Ride Project“ you can see, that everyone is able to contribute a part. Small donations are important." - Wolfgang Illek, Project Manager at "Wings for Life“ 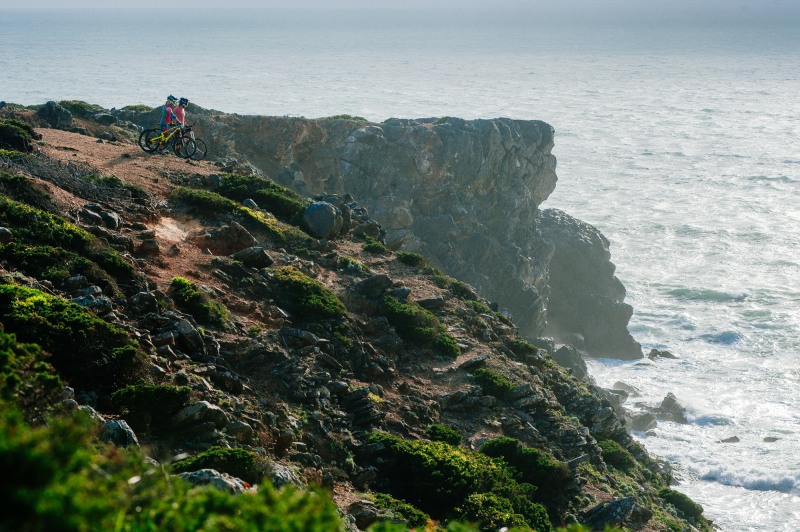 If you don't have a credit card or paypal you can also donate via a bank transfer.
IBAN: AT27 1953 0001 0001 1911 BIC: SPAEAT2S Wings for Life - Spinal cord research foundation) ad the word VOODOO RIDE and your email address.

The amount doesn't matter as you will automatically take part in the "Voodoo Ride“ bike-tombola and everyone can win. The tombola ends on the 10th of December 2014 and the bike will be shipped/sent worldwide. The winner will have it before XMAS. The winner will be announced on facebook and will also get an email. Wings for Life will give all your details and email address only to Helene and Tanja so that a winner can be randomly picked. The personal data will not be passed on to anybody else.

The goal is 5000 Euros, so help them help other people that are getting their lives back.

For all further information about the project "Voodoo Ride“ please click here.

dank13 (Sep 17, 2014 at 0:49)
Sometime it takes only 1 to make the difference, in this case there were 2, what a great cause and eye opening cause. You always hear of stories of people who crashed and hurt themselves but, this is the last thing on your mind when you are out riding and having fun... That's why it's important to ride within your limits... and for those who had the unfortunate accident that made them not be able to ride again, we have those 2 amazing girls that donated their time to inspire more people to support a great cause... i'm donating today. Thank you for sharing... Dan

tommynut (Sep 17, 2014 at 10:48)
Awesome short movie, thats whats it takes great imagination and a HUGE heart to give of themselves for a cause. Kudos women and men for sharing this with us.

Lene (Sep 24, 2014 at 23:39)
Thanks to everyone, who gave something and for these nice words :-) I really appreciate it and I am happy that you like it. It was such a good time but a lot of work too and I hope we can get even more money for Wings for Life. Bye Helene

NomadBlur (Sep 18, 2014 at 14:00)
Super!
Congrats on the successful surgery and even more on wanting to help other people.
Just gave a small contribution.