$2100 USD
For sale is this 2017 Giant Glory 0. Yes, it is the 2015 frame-only colour way. I'm not a fan of many of Giant's frame paint jobs so I went out of my way to track one of these black frames down. I bought it brand new from Giant in 2017 and I have the receipt to show this. I then built the bike up with Fox Factory suspension, Raceface SIXC parts, and Shimano Saint drivetrain and brakes. The bike rides amazing with this spec and weighs just under 36lbs. The bike is in great condition and has been serviced regularly. The frame was wrapped in 3M clear film when new and the fork stanchions are mint. This Glory frame generation is still such a good downhill bike, with a long 461mm reach and a well rounded suspension kinematic. I still love riding this bike, but I've decided to try something new and go to a very race-orientated 29er instead. The specs are as follows: Frame: Giant Glory Size Large Fork: Fox 40 Float Factory 200mm Shock: Fox DHX2 Factory 200mm Headset: FSA Orbit C-40 Stem: Ride Alpha Direct Mount Handlebar: Ride Alpha 20mm Rise, 780mm width Grips: Ride Alpha Lock-on Brakes: Shimano Saint Ice-Tec 203mm Brake Levers: Shimano Saint I-Spec Shifter: Shimano Saint Chain Guide: Ethirteen LG1+ ISCG05 Rear Derailleur: Shimano Saint Cranks & Chainring: Raceface Sixc Cinch 165mm 34T Bottom Bracket: Race Face 30mm 83mm Threaded Cassette: Shimano CS-5700 11-28T Chain: Shimano HG-95 Hubs: DT Swiss 350 Spokes: WTB 2.0-1.8 Rims: Sun Helix TR29 Front, DT FR570 Rear Tires: Maxxis DHF 3C Maxx Grip 27.5 x 2.5 Seatpost: Race Face Sixc I-beam 30.9mm Saddle: Race Face Atlas I-beam I'm asking $2800CAD or $2100USD. I will cover the cost of shipping the bike anywhere in Canada or the US. Let me know if you have any other questions about the bike.

$1750 USD
For sale is a 2017 Rocky Mountain Maiden World Cup Frame without shock. It has less than 10 rides on it and the whole frame has been covered in clear 3M film. Looks and basically is brand new. The headset and all of the shock hardware and reducers you will need to bolt up any 9.5x3.0 shock are included. Its the size XL which runs more like a large. I have the matching Rocky stem and Atlas handlebar that I can include, both brand new. Im open to offers and will cover the shipping costs.
Load more... 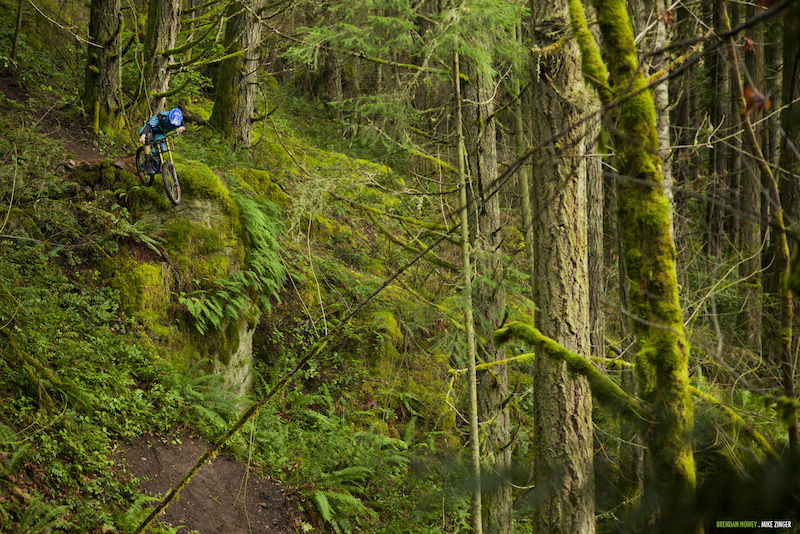