I thought it would be fun to compare a bunch of gps devices I had around on the same ride. So I loaded up 7 devices in my pack and went out for a ride on the densely forested North Vancouver mountains.
Below are the results of the gps tracks, generally the more points, the more accurate & detailed the track will be. But the more points also means faster battery drain.

These results show a fairly large variation in the total distance of a ride, which is something I see all the time when people on the same ride compare their Strava stats at the end. The data really shows how horrible the Edge 200 it, its really only good for road cycling. The smartphones are actually not too bad, but the higher end Garmin devices are still better.


Here you can see all the tracks overlayed on top of each other, a lot of variation. The 2nd image shows how bad the Edge 200 is. But its not all about number of points, some of the tracks defiantly drift more, the HTC One seems the worst, it's the purple line in the image below. All the smartphones seem to drift a bit more than the good Garmin devices. 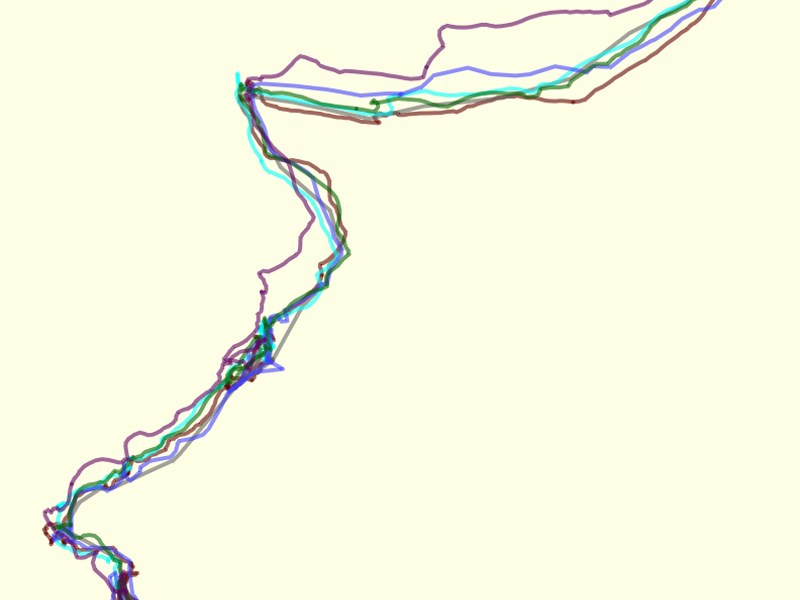 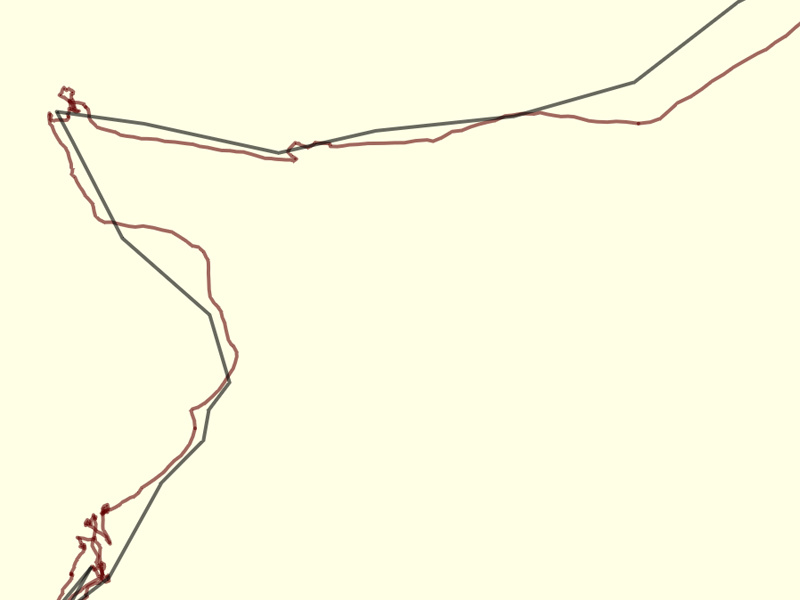 This is a good example why using a worse gps can sometimes provide you with better Strava segment leaderboard results! Often people using good Garmin devices will have slower Strava times than someone using a smartphone. This is because there are fewer points and the segment start & end match on your tracks nearest point. So with a more accurate gps your nearest point will be much closer to the actual end of the segment, usually meaning a longer time lapse.

But if your trying to complete a Strava challenge like 200km in a week, you would be at a big disadvantage using a smartphone compared to a decent Garmin.

Here are all the gpx tracks if you want to compare yourself: gps_compare.zip

The GPS on Android phones can be made to take a lot more points if your using an App that lets you control various settings that Strava doesn't provide.
GPSLogger app provides a ton of gps settings, including interval and a setting to keep the GPS on at all times between points. A phone will sleep the gps between points sometimes to try and save battery. This app has a setting to always keep the gps active, minium accuracy settings and much more.

So I went for a ride with the always n setting and told it too take a point every second, which worked pretty well! 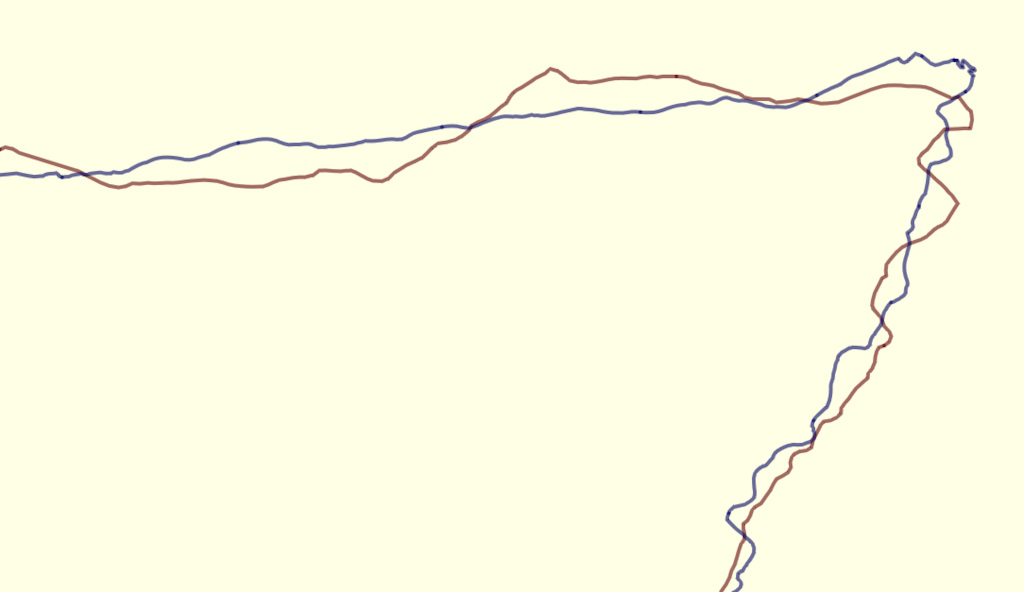 canadaka Mod Plus (Sep 11, 2014 at 12:42)
Its certainly possible to modify a gpx file or even create one from nothing to create a fast track. But if its suspect, you can always flag it on Strava.