like drifting, dh and freeride i ride most days and love it! racing in senior for 2012.sponsored by steel mx/smx optics.check them out!

freeridemanic IanHylands's article
Jan 3, 2012 at 21:57
Jan 3, 2012
Behind the Scenes - Airborne Bicycles Photoshoot
quite simply if your thinking of getting one... don't. buy a decent second hand bike like a iron horse Sunday or specialised demo and you will not be dissapointed. if you choose to listen to the airborne sponsored riders or the photographer paid by them to take photos then you will end up wasting your money on fixing something not worth fixing. that's THE truth and nothing but the truth Ian. I know I may sound like an ass hole but my friend has spent allot of money on his bike trying to fix it and its just not worth it. for the amount he has now spent maintaining and fixing it to get it to work properly he could have bought a 2010 specialized demo i dont want other people having to go through that and waste there money. especially not young beginner riders. bikes like this put people off our sport and cost people money.

freeridemanic IanHylands's article
Jan 3, 2012 at 21:56
Jan 3, 2012
Behind the Scenes - Airborne Bicycles Photoshoot
haha thats funny because half of the people saying they have raced on them and have had no problems with them are people riding for airborne (by the looks of things)... and yes they are not very good. please explain to me how a beginners bike that constantly requires maintenance and has linkage problems witch the only way you can remedy them is by customising the linkage and getting custom made parts is good? yes you cant because it is not. my 09 norco was bought second hand for about the same price a taka cost and it has not failed me once. its a sweet bike and was virtualy new when i bought it. and it had components far better than the taka. i know you have been in the bike industry for a very long time but that dose not make any difference. my friend rarely rode his bike witch was new and the only time he did ride it was not even on dh tracks and trails and it still broke. his dad and step dad are both full trained bike mechanics who have been fixing and building bikes as long as you and they still say its a piece of trash. i know a fair bit about bike and how they are built and work. i race dh in the uk and ride pretty much every day i also know how to look after a bike. so i am very well capable of telling and giving a reliable opinion about the taka. its a cheaply made, ok equipped bike that requires constant maintenance to keep it running ok. and customisation done to the linkage to stop it ovaling the linkage plates from new. the cost of owning one and having to tune, maintain and customise it to stop it from braking itself far outweighs the good points of the bike. that's all there is too it.

smart whats the fps? :) now im 18 i am tempted to get a real CMMG AR15 semi auto rifle. just for target practice at a friends and for protection/ if there is ever a zombie apocalypse/ ww3 ;) there is a shop in my local town witch sell's them too! haha

freeridemanic IanHylands's article
Jan 3, 2012 at 21:16
Jan 3, 2012
Behind the Scenes - Airborne Bicycles Photoshoot
your missing the point im trying to make and instead of listening you and others are defending airborn bikes being cheep and not very good. your lulling people into a false seance of security regarding these bikes... at the end of the day yes the spec is good for the price. but then the price is very low and the parts are low performance-high maintenance. the frame likes to destroy itself unless you completely customise the frame and make custom parts. so yea if you want to waste money on fixing a bike that's content on braking and needing babying after every ride then buy a taka but if your smart and want a bike that will last then buy something like a second hand iron horse Sunday, specialised demo (both of those are far better in every way and can be bought for the same price with better components) ect and not a taka or yakuza kumicho. its simple really and anyone who says otherwise is a fool. i have had first hand experience of this happening so please do not try and persuade me otherwise. thank you

damn your bike is nice man!

Reason:You have a long history of suspensions for spamming and flaming threads and comments and you haven't learned. 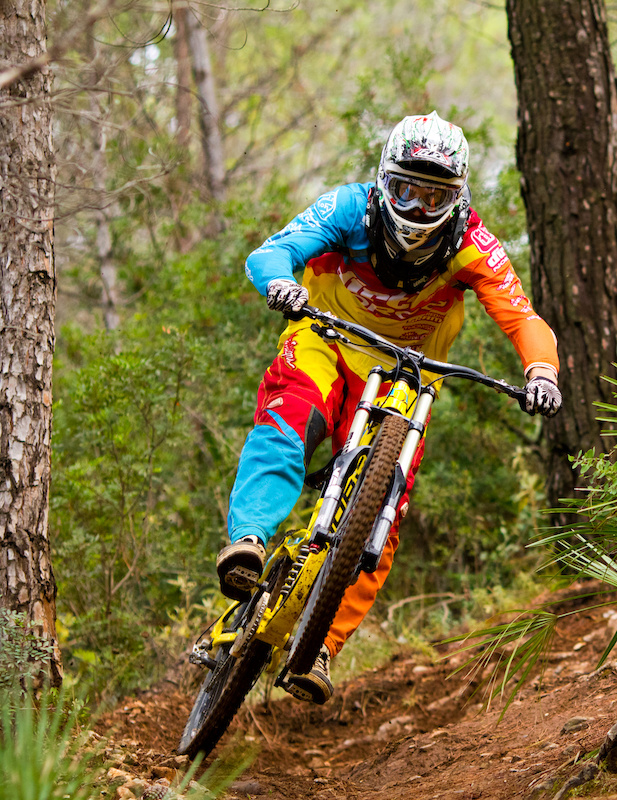