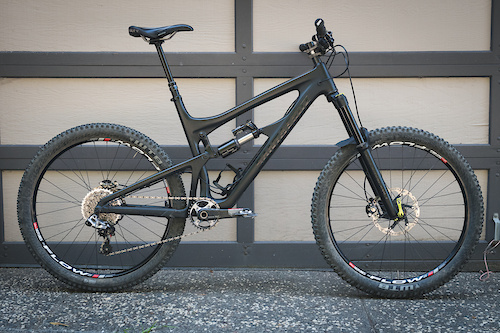 $1800 USD
I am selling this V10 because it is too small for me. I ended up getting a new downhill bike and am looking to sell this one. The bike is in good condition and I will attach both saint brakes when I sell the bike. DM me with any questions or offers.

$2150 USD
I am selling my santa cruz bronson after two years of owning it we are parting ways. I rode the bike mainly last year and for the last 7 months i have had the bike sitting around because i got a new bike. The bike is a base build but has an added seat dropper that has been internal routed. The main issue with the bike is that the seat dropper needs to be rebuilt because air leaked to the other side of the seals. Its a standard rebuild so i have lowered the price to factor in the cost of the repair. The bike is a mix of slx and XT parts. The size is XL and is a good fit for people around six foot. i got the bike when i was about 5 11 and grew in to it at 6 1. Santa cruz in general runs small for bikes and with the seat dropper it can fit a large range of riders. To add to the deal i can also throw in an extra XT rear derailed and carbon bars. message me if you have any questions. i can show the bike in Santa Barbara or san francisco over the next month.