mattwragg alicialeggett's article
Dec 3, 2021 at 23:19
19 hours
Global E-Bike Market Forecasted to Exceed $120 Billion by 2030, eMTBs Fastest Growing Segment
Same as any bike, most people end up doing more. Yes, if you exclusively ride ebikes you generally lose a little leg strength, but you can still build cardio. For some scenarios, I tend to think ebikes are actually better as, let's say you're riding to a target HR on a given day, you have an additional option (the motor) to remain consistent. For instance, it's generally accepted that for base fitness you need to do volume at a low(ish) HR, where I live on an MTB that means soft-pedalling up fireroads for hours on end, which is painfully boring. Or I can use the motor and zip round a fun 2-3 hours at the same HR. If I had a hard day the day before, I'll stick it in turbo and grab an easy hour - which is an extra ride I wouldn't have done on my MTB.

mattwragg velosolutionsglobal's article
Dec 3, 2021 at 3:05
2 days
A Look at Velosolutions' Innovative New Bike Park in Norway
Other than the £19 million going into the Tweed Valley, right?

mattwragg mattwragg's article
Nov 8, 2021 at 23:27
Nov 8, 2021
Point: Bring Back Dual Slalom
@blowmyfuse: Have you ever seen both of us in the same room together? ;) @pedaladdictioncollective, I never said I was any good at 4X racing (or any racing for that matter), just that I did it. And they didn't record the results for the open class and I was too cheap to buy a racing license.

mattwragg mattwragg's article
Nov 1, 2021 at 2:03
Nov 1, 2021
Exploring France's Secret Bike Parks - Abries
@chriscowleyunix: Bruni is from down here in the South, where we don't eat like that, it's more tomatoes, olive oil and chickpeas... ;)

mattwragg mattwragg's article
Oct 31, 2021 at 4:47
Oct 31, 2021
Exploring France's Secret Bike parks - Reallon
I'm afraid this was the last one, it was difficult trying to get the work/relaxation balance right and we kinda ran out of time. We started looking further north as Mary has friends in Les Saisies, but there are a lot more people when you get towards Briançon and we struggled to find spots to camp. 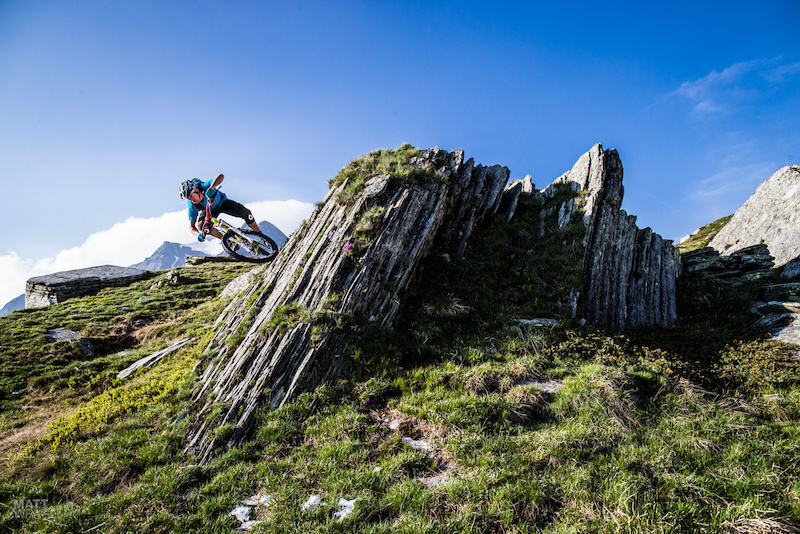