mnorris122 rossbellphoto's article
May 16, 2022 at 7:44
May 16, 2022
Photo Epic: Nove Mesto XC World Cup 2022
Vader had a horrendous crash on the road last month, was in an induced coma for nearly two weeks. I get wanting to secure your bag with a big road racing contract, but crashes on the road are something else...

mnorris122 henryquinney's article
Apr 11, 2022 at 3:32
Apr 11, 2022
Galfer Release New Disc Shark Rotor With Bold Claims
Yup. Magura doesn’t need fancy fins to increase the surface area of their rotors. They simply don’t drill so many holes in them in the first place! And they’ve always been 2mm thick.

mnorris122 seb-stott's article
Apr 7, 2022 at 18:02
Apr 7, 2022
Review: Continental's New Kryptotal DH Tires
Mounting and inflating Contis has ALWAYS been an issue. Poor form to not include the installation in a review.

mnorris122 mattwragg's article
Feb 17, 2022 at 6:49
Feb 17, 2022
Opinion: Nobody is Talking About 1 of the Most Interesting Team Moves of the Winter
Honestly yeah...That bike ticks all the same boxes as a bike that costs $1,000 more. An """entry level""" mountain bike shouldn't cost any more than that cheerfully named 100 S All Mountain Bike. All the bikes from major manufacturers in a similar price range have a spec that's a level or two down from it. My riding buddy, who's an experienced rider, wanted to get off his 6 year old Trance and bought a new Trance 29 2 this past spring. The shop tried to steer him up to the 1 or a carbon model, saying that the 2 was the "entry level" option. $4,000 after tax for the entry level option? Seriously?? Pure insanity. Granted, the frame and spec is more than good enough to satisfy a rider of any level, but this sport has a serious problem with being welcoming to newcomers, and elitist bike pricing is a big part of that problem. If Decathlon can provide a similar spec to the big bike companies for thousands less, kudos to them. Hope I see some Decathlon bikes out on the local trails soon. Edit: Christ alive, just hopped on their euro website...the "XC 920 S LTD Carbon" is a 120mm XC bike that has a carbon front triangle, comes with GX AXS, Carbon Reynolds hoops...all for the price of 3,199 Euros, $4,600 CAD. Competition like this can only be good for the consumer. Hopefully Trek, Giant, Specialized, ALL of them feel the need to compete on price.

mnorris122 sarahmoore's article
Feb 15, 2022 at 8:44
Feb 15, 2022
Liv Releases 29" Version of Embolden Value Trail Bike
Once the Stance and Fathom FINALLY got through axles they became the most attractive bikes in Giant's lineup.
Load more... 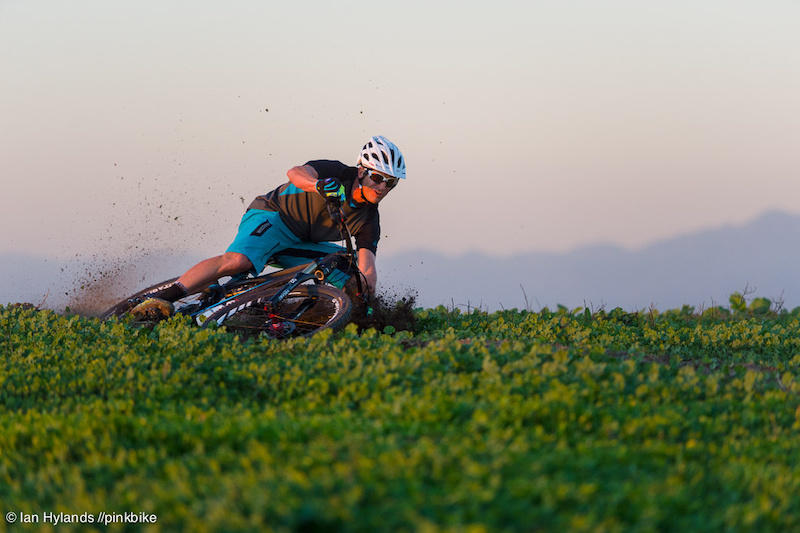 MUST WATCH Video: Danny MacAskill on the Edge of Cliffs
2 Oct 2014