mrousu mrousu's article
Mar 19, 2021 at 0:05
Mar 19, 2021
Race Report: Australian National Championships 2021
Hmmm. I know Bec is already pre selected. Dan would definitely be the next to go. I think Aus only have 1-2 spots at this stage for the MTB. Cam Ivory would also be up there with some UCI points. But. Wouldn’t it be sick to see him back at the Olympics!

mrousu mrousu's article
Mar 18, 2021 at 14:18
Mar 18, 2021
Race Report: Australian National Championships 2021
Yep. He was on another level, definitely still the most well rounded cyclist out there.

mrousu jamessmurthwaite's article
Jan 26, 2019 at 0:16
Jan 26, 2019
Interview: The Athertons - "If People Want Gee’s Fort William Race Bike, We Can Make it for Them"
So sick! Does this mean Affy is going to design Rach and Gee’s World Champs custom paint jobs, going to be hard to keep it a surprise for them but I’m sure it’ll be so special! See you on the circuit @athertonracing

mrousu mikelevy's article
Sep 14, 2018 at 18:28
Sep 14, 2018
Pinkbike Poll - What Matters Most: World Cup or World Champs?
World Champs is such a unique race for the season. The pressure to win this one race is immense, much more so than a World Cup. Lenzerheide was a perfect example. I remember a couple of years ago racers were saying the rainbow jersey didn’t mean as much as an overall World Cup but I think that’s beginning to swing around. You could see from the emotion of both Loic and Rachel how much it meant to win this year (both in tears at one stage). It’s not just another race, the crowds are bigger, the media presence is bigger and the infrastructure is next level. Being trackside as a photog at both a World Cup and World Champs this year you could clearly see how much bigger Lenzerheide was! I also love the fact that you have racers from all over the world attend (even if they have no chance of medalling), the smile on their faces as they crossed the line was a story in itself! I really think as a racer there is something extra special about representing your country (even if sometimes selectors get it wrong).
Load more... 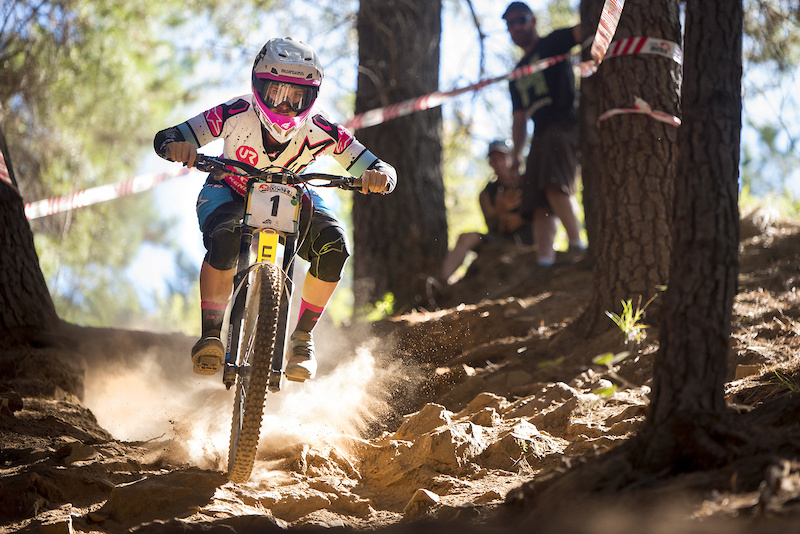