Trail junkie, with a history of urban assault. Basically, I like using big hammers on small nails.

Is this an advert for saint cranks or against trek Bikes I wonder...

obskein JulianCoffey's article
Sep 28, 2013 at 8:16
Sep 28, 2013
Official 2013 Oakley Icon Sender Reveal
Um, it's private land, it doesn't 'just get torn down', and the whole course is about 3 miles square. This *is* the second site /in Virgin, Utah/, so it seems likely that if there are billions of planets orbiting stars, there might just be another site or two worth grooming for big mountain action. The meaningful question is; what are we gonna do when benders gone? Someone's gonna have to keep this alive, and at the moment, this event is basically all his fault. Go figure.

obskein JulianCoffey's article
Sep 28, 2013 at 7:59
Sep 28, 2013
Official 2013 Oakley Icon Sender Reveal
I have been an obsessive rampage fan since it started (and yes, I am that fat and old). I got a chance to go to Utah last year and what WRT line choice, and feature selection, a lot more people than ever before bit the sender. It stood to reason that the feature would be rebuilt to make it harder, taller, faster etc. the sender is about mid way down and riders have it as part of about 6-7 major line choices by the time they get that far down the course. And that's the thing. It's a choice. And how it fits into their overall run is what's gong to matter. Last year messere and norby got masses of respect taking extremely hardcore lines and crashing out. So many people hit the sender that it more or less didn't feature onthe podium. Moreover, cam McCaul totally blew me away with the canyon gap. I'm expecting big things this year. I'd like to second the motion to thank Oakley. They didn't have to spend an ass load of money rebuilding thae sender. If a bunch Of guys came to your trails to build bigger stuff, and asked you what you wanted, the came back a year later or two, and made it better, would it be reasonable for one to be so rude? Building this junk is hard, and most of us have jobs or school. Maybe we should be glad people invest in outsport, rather than letting it go stale.

Man I want that helmet so bad.

Racelink with a cute little bell. Classic. I'm gonna get a horn for mine. Well played.

This is one of the coolest bikes I've yet built. Is it still like this or have you blown up those shivers yet? I want to say I should never have sold this to you, but I'm glad I did. You still riding?
Load more... 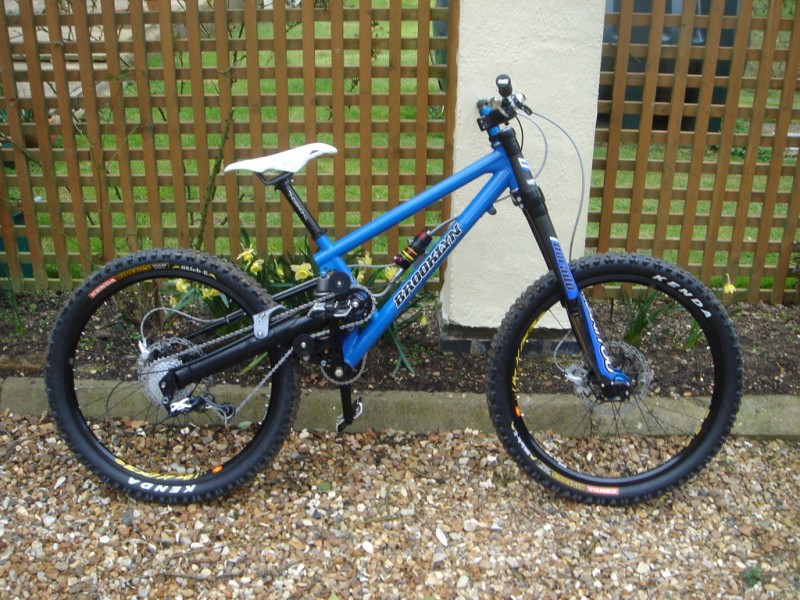 Video: Gee Atherton - Llangynog Quarry Helmet Cam
21 Dec 2012
You must login to Pinkbike.
Don't have an account? Sign up