Jul 27, 2010 at 10:19
by Reece Wallace
Share
Tweet
29 Comments
While I was working for the Whistler Municipality in early May building the River Jumps, I knew that they were going to be sick, and the first thing that came to my mind was to get all my friends together, play some music, give out some prizes, and most importantly have fun riding bikes under the hot Whistler sun.

Read on to check out some killer videos and photos!When I first approached Chromag with the idea of sponsoring a dirt jump gathering at the River Jumps they were really stoked on it. After a couple months of crawling around in logistics with the Whistler Municipality, I finally organized and invited all of my riding friends to get together at the River Jumps on Saturday, July 24th for a great time of shredding, listening to music, and hopefully snagging a few goodies in there too.

The day started out around 2:00 PM with Julian Hine of Chromag Bikes busting out some sick rasta and hip-hop beats that he mixed together and were blasting on the big speakers throughout the jumps. Riders were really hyped on the relaxed vibe and just riding with their friends. 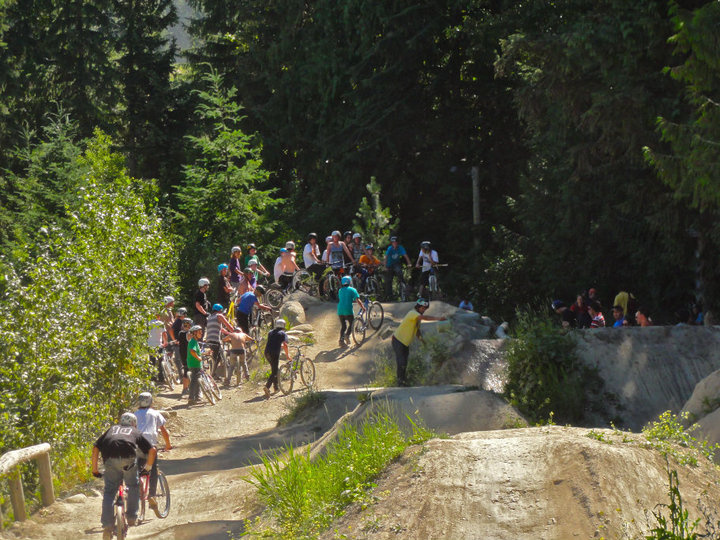 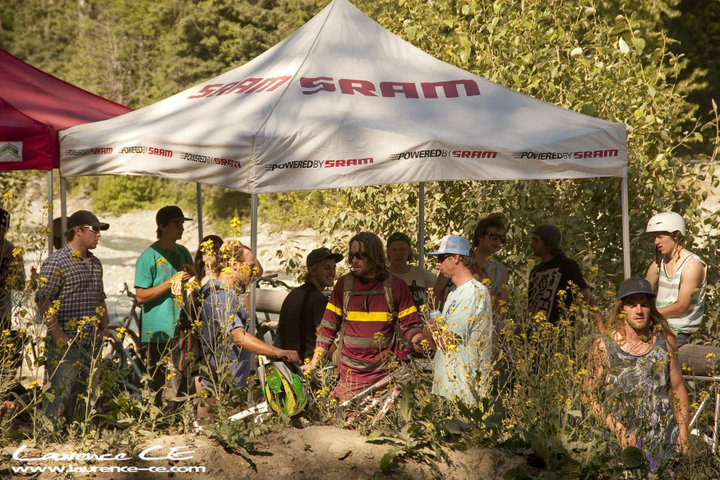 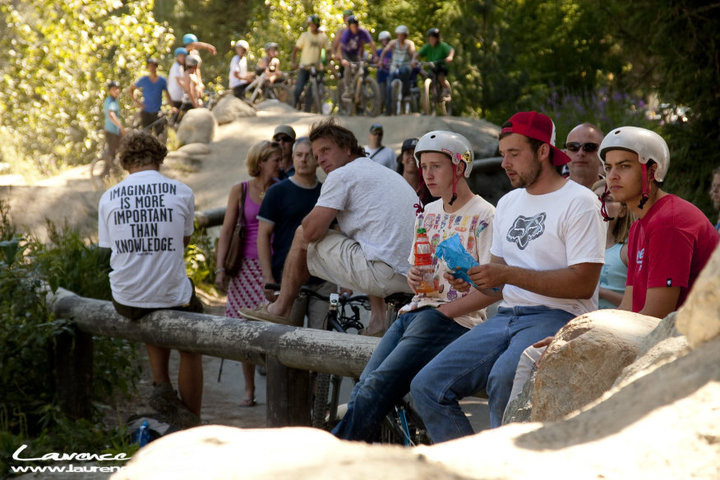 That being said, there were some serious banger tricks thrown down throughout the day by everyone. Tail whips, back flips, 360 variations were just some of the maneuvers that were performed. I was really impressed by Wink Grant and Dennis Langenstam doing some of the steeziest 360's I have ever seen on a mountain bike. Check out some photos below of the action. 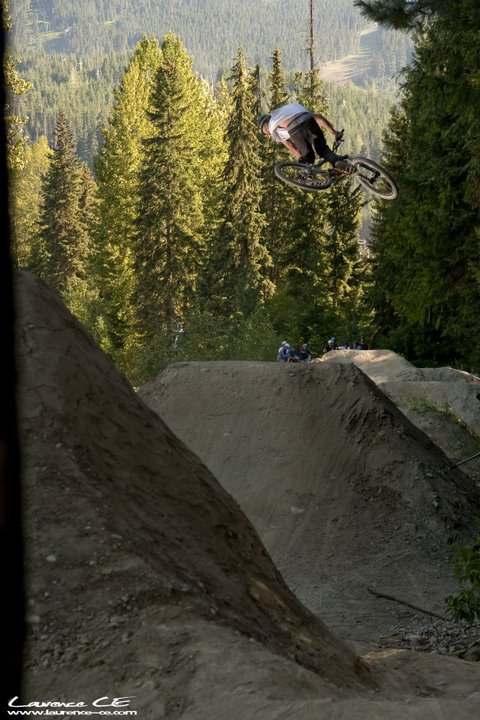 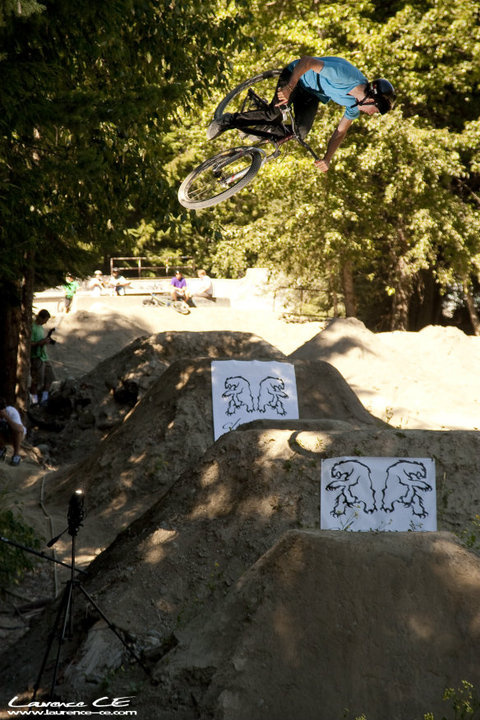 Many of the riders were stoked when Chromag rider Brandon Semenuk showed up and shredded the jumps for a while too. 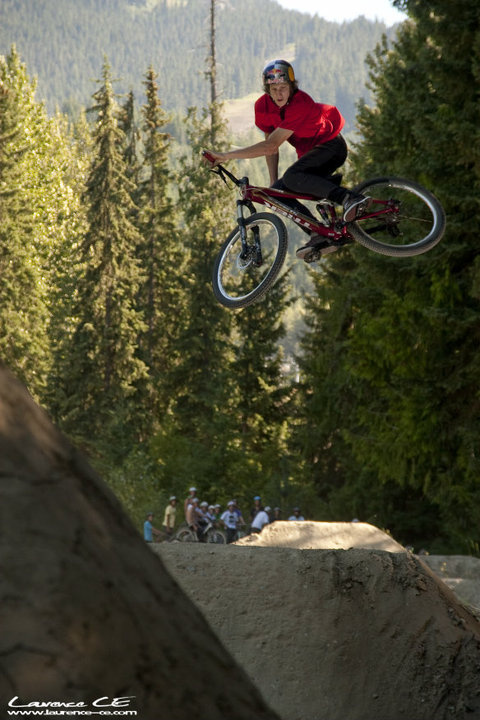 I was really pumped when I did my first flip on the River Jumps midpack that day after a little spill on my first attempt; however, I stomped it second try. 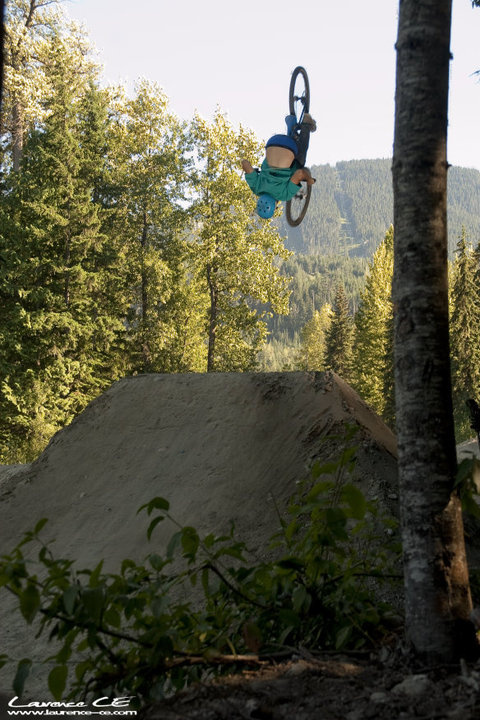 Throughout the day, I was tossing out prizes to riders including Chromag Overture Semenuk saddles, Fubar OSX handle bars, and lots of other goodies including apparel and other components by Chromag. Riders were stoked to be riding away with some new swag at the end of the day. 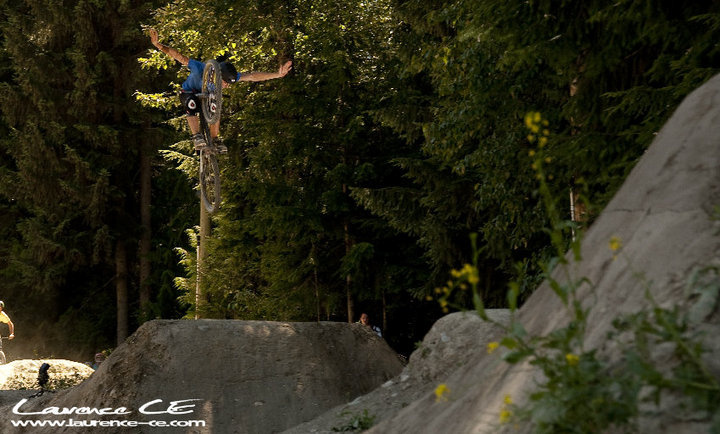 The turn-out was quite impressive considering it was extremely hot and news of the event had been spread mostly by Facebook and word of mouth. There were about 40 riders and 40 spectators at any given time throughout the day. For my first time organizing an event, I was pretty amped on the turn-out because it greatly exceeded my expectations and I was unaware that so many kids shredded mountain bikes so hard. There were tons of riders that really showcased local British Columbia talent. Riders came from as far as Fernie and Victoria just for the event. Big thanks for everyone coming out to ride and hopefully next year it will be even better. 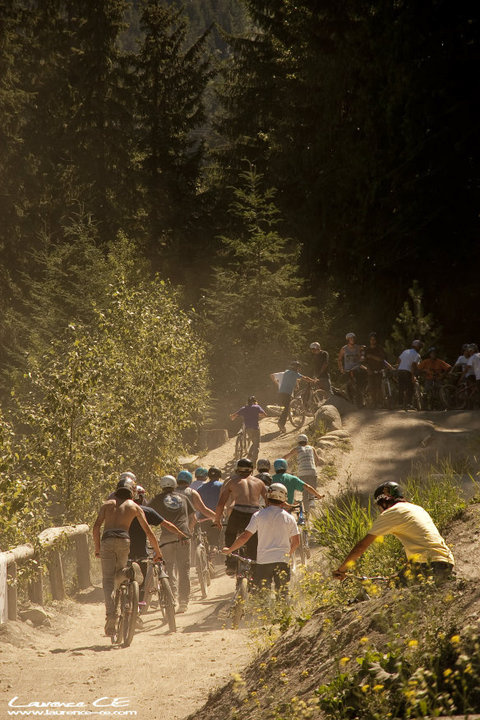 The Chromag Family Gathering was a great success and I am pleased to say that everyone had fun chilling and riding with their buddies under the sun while rocking out to some great tunes. 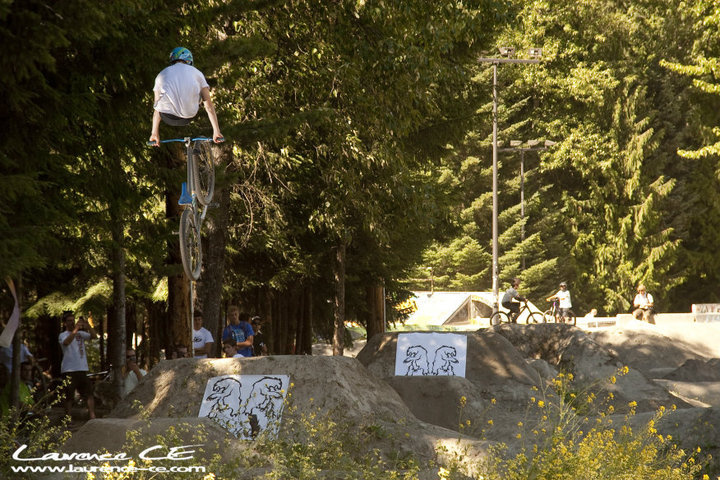 Chromag Family Gathering Video:
(Password protected)
Views: 21,475    Faves: 443    Comments: 59
This video is password protected.
A huge shout out goes to Julian Hine and Ian Ritz and the rest of the crew at Chromag for making the event possible! Without their support, it would have been just me tossing out stickers and slapping some strings on my guitar. Be sure to check out www.chromagbikes.com for more information about Chromag and their products!

Furthermore, a big thanks everyone who helped set up the event and Laurence Crossman-Emms and Nic Genovese for the photos and video.

trudymbaker (Aug 6, 2010 at 0:28)
Great job Reece, I am so very proud of all you have, and are accomplishing, as you follow your dreams! Way to go AND the Whistler weather is cooperating. NOW on another note, did not notice the full face serious melon protector helmet on your noggin`.........just sayin`. Can you translate what your brother has said too please? Lotsa love and carpe diem! Love, mom xoxox

Thrillride (Jul 28, 2010 at 6:01)
that picture looks cool, but its over exposed and too yellow....Needs some work, and further more why would you put another photographer down saying your pictures are better? Come on pinkbike, grow up a bit...