I like bikes. A LOT. Especially when I ride them.

scottrallye rasoulution's article
Jul 13, 2016 at 10:23
Jul 13, 2016
Danny Hart Secures First ever World Cup Victory in Lenzerheide
All these people bitching about Redbull player... never mind they don't have to pay anything to watch these events. "I paid nothing to support Redbull or watch this event, I demand it work perfectly every time!" The entitlement generation at it's finest.

Emblem looks crooked. Gotta find SOMETHING not totally perfect on this thing... it's like a "beauty mark", makes it even better ;)

scottrallye astonmtb's article
Aug 19, 2015 at 15:07
Aug 19, 2015
Bits 'n Pieces - Crankworx Whistler 2015
I'm not sure YOU understand what a monopoly is. "Petrol is unnecessary and only continues due to a monopoly." That's what you said. Petrol has a monopoly on what? A single (or very few) big companies having total control over an industry is a monopoly. An oil company can have a monopoly on the oil industry, but what does petrol itself have a monopoly on? Cars? Products? Bicycle parts? Petrol itself, but definition, can't have a monopoly on anything, it's technically just a chemical. You can argue that our world's dependence on petroleum products is due to monopolistic domination of the oil industry by a couple of huge companies (which is what I think you are trying to argue), but discussing "necessity" is completely subjective. Really, all I technically need to survive is food, water, and enough clothing/shelter to prevent me from dying of exposure. So from that standpoint, you are absolutely correct. Petroleum is unnecessary. For the human race to carry on existing in it's current state (and for us to enjoy mountain biking), then you are incorrect, it's absolutely a necessity. Unless you want to take a huge leap back to the bronze age, live on a plot of land and cultivate your own food and live in a tiny shack made of local resources, then you are incorrect buddy. Hate to break it to you.

Hmmm, those tires look like they were made with petroleum-derived materials. Better throw them away. Oh, and your hydraulic brake lines. And all the grease on that bike. And your chain lubricant. And all the machinery that mined, processed, transported, and machined every part, bolt, and screw on that bike. The boat that bike was shipped on wasn't a sailboat. Now do you see what I'm on about?

scottrallye astonmtb's article
Aug 18, 2015 at 15:51
Aug 18, 2015
Bits 'n Pieces - Crankworx Whistler 2015
^^lol^^ Obviously you're not sure what I'm on about if you are so dumb you'll call petroleum "unnecessary". Only a wildly ignorant, uninformed person could state that. You can say a LOT of things about the petroleum industry and a lot of it would be awful. Pretending that your life and this hobby we do called "mountain biking" isn't heavily dependent on the petroleum you claim is "unnecessary" is just plain ignorant and straight-up WRONG.

scottrallye astonmtb's article
Aug 18, 2015 at 11:37
Aug 18, 2015
Bits 'n Pieces - Crankworx Whistler 2015
Awww, c'mon guys, tell me more about how I'm a "true oil burning" American! All I did was point out how truly minor petroleum-free suspension oil is in the big picture (even though I didn't say anything about it being a bad idea). I'd LOVE to hear more about what a horrible oil-guzzling person I am, while you choose to ignore how much of the sport we love is dependent on petroleum.
Load more... 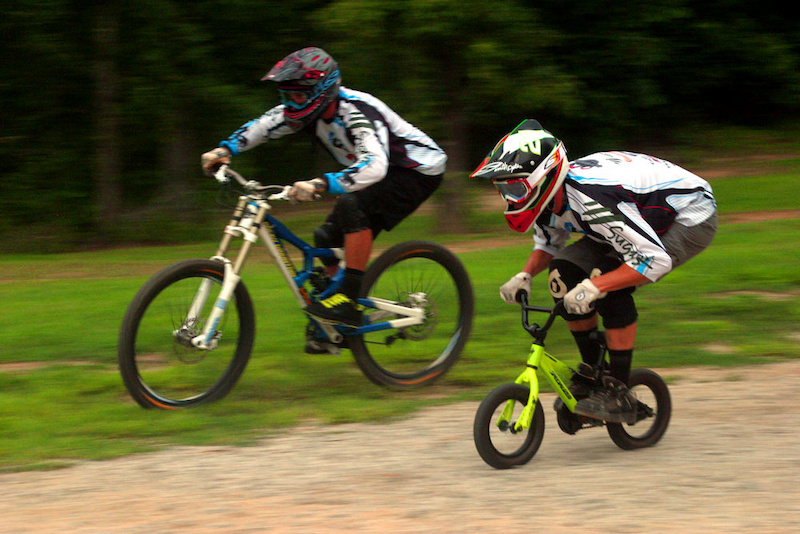