Video: Mountain Biking Meets the Office as Niner get a Brit Visitor

UK rider Damian Groves, aka Dogman has been riding a Niner since 2015, but this year Niner is stoked to welcome him to the official #Ninerd family. We kicked things off by inviting him out to Colorado to visit The Office and pick up a new RIP. Check out the video and read below to learn more about this 30-year old from Stoke-on-Trent, England.

At the age of 7, my Dad started bringing home biking magazines with the intention of persuading me to venture outdoors as opposed to playing on my PlayStation! By the age of 12 or 13, I was obsessed with downhill racing and completed my first season. I was lucky that my family were so encouraging and supportive of my interest. 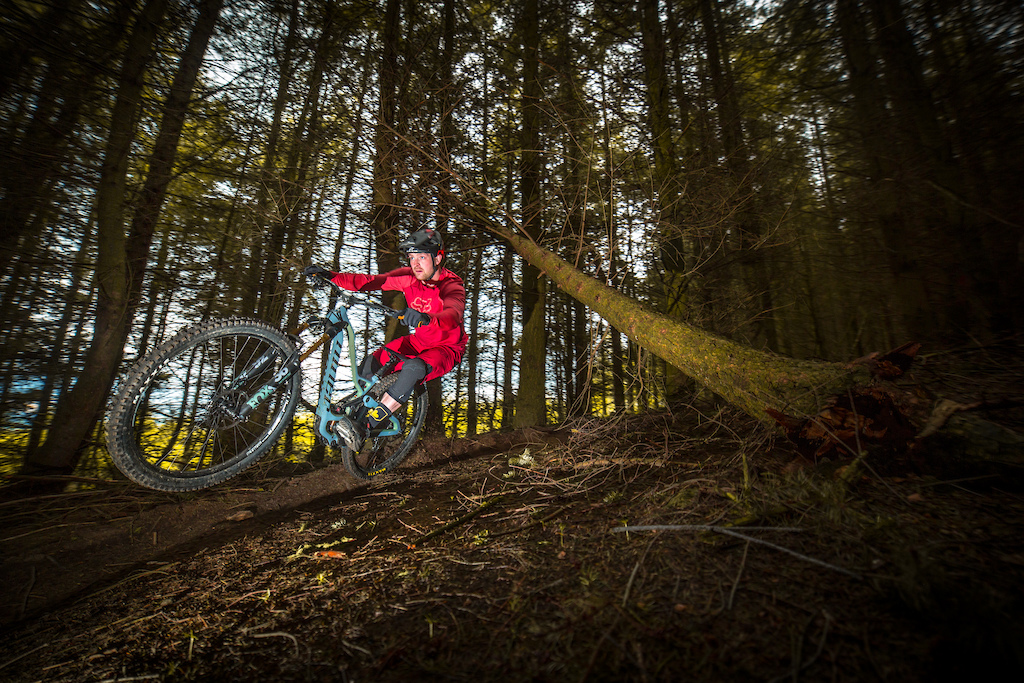 These days, I work in the construction industry, primarily domestic or what you'd call residential work. This allows me to manipulate my workload and working hours to fit in mountain biking as much as possible. Every weekend is spent on my bike and I try to make the most of the British summertime during the week (if we’re lucky enough to actually have sunny weather!). 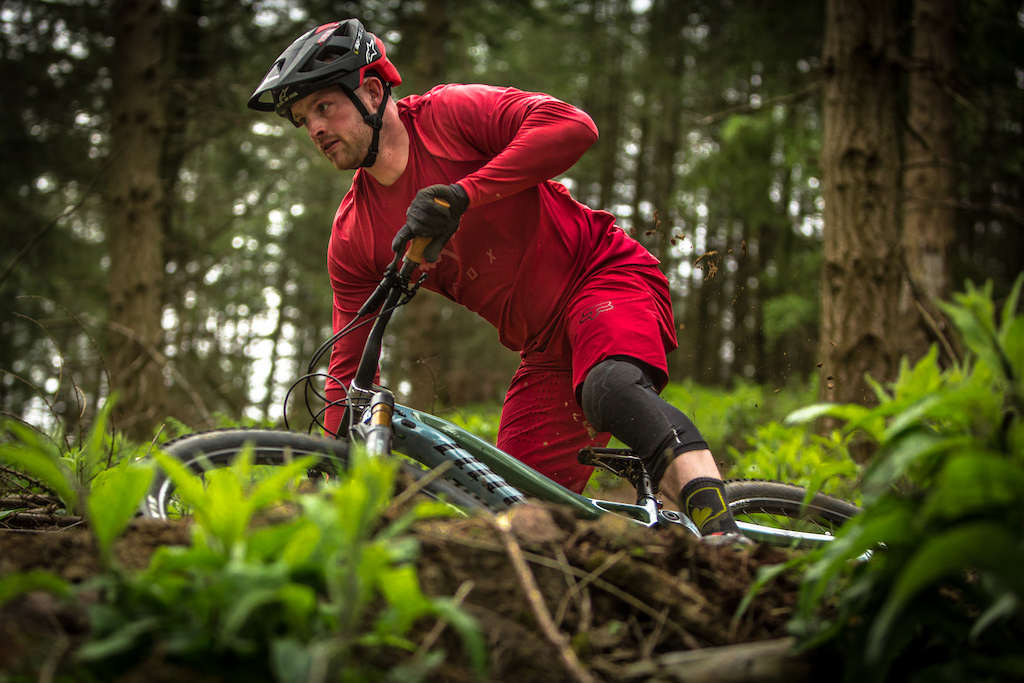 I first got started riding Niners in 2015. My local bike shop were dealers at the time and were looking for someone to race the following season to represent them as a Niner dealer. The following year I was offered various different bikes but I stuck with the Niner and things rocketed from there. 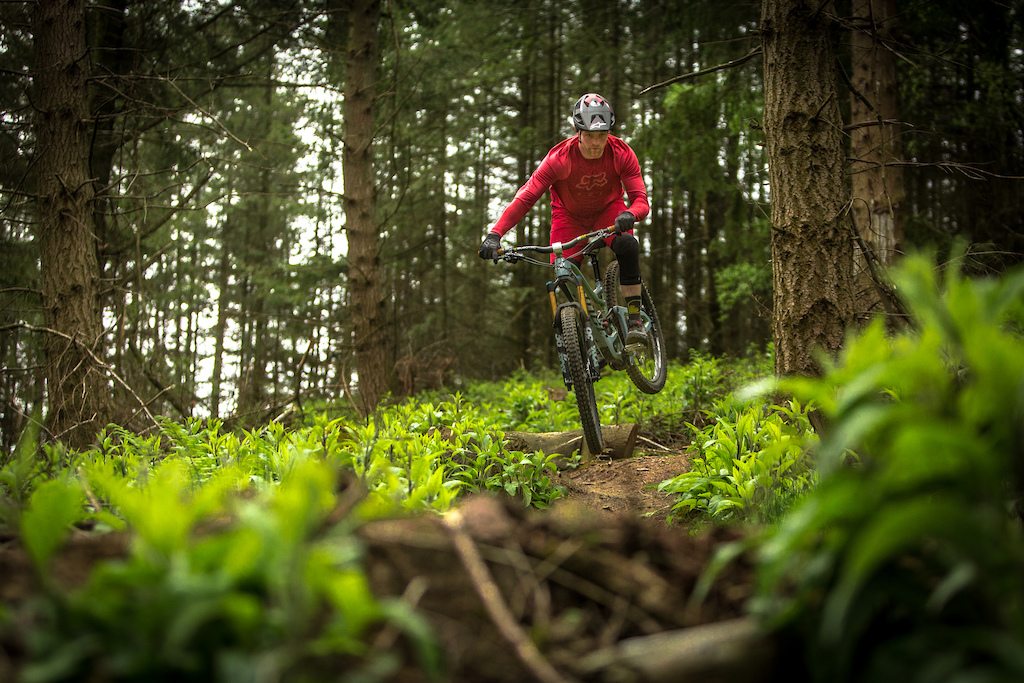 It's not really easy to describe my riding style. Racing is my background but these days I do a lot of different things. I’ve never been the most flamboyant of riders because I’ve always been a racer at heart so keeping things neat and tidy has always been the aim. However, if the situation suits I’m not afraid to hold it wide and let it slide! 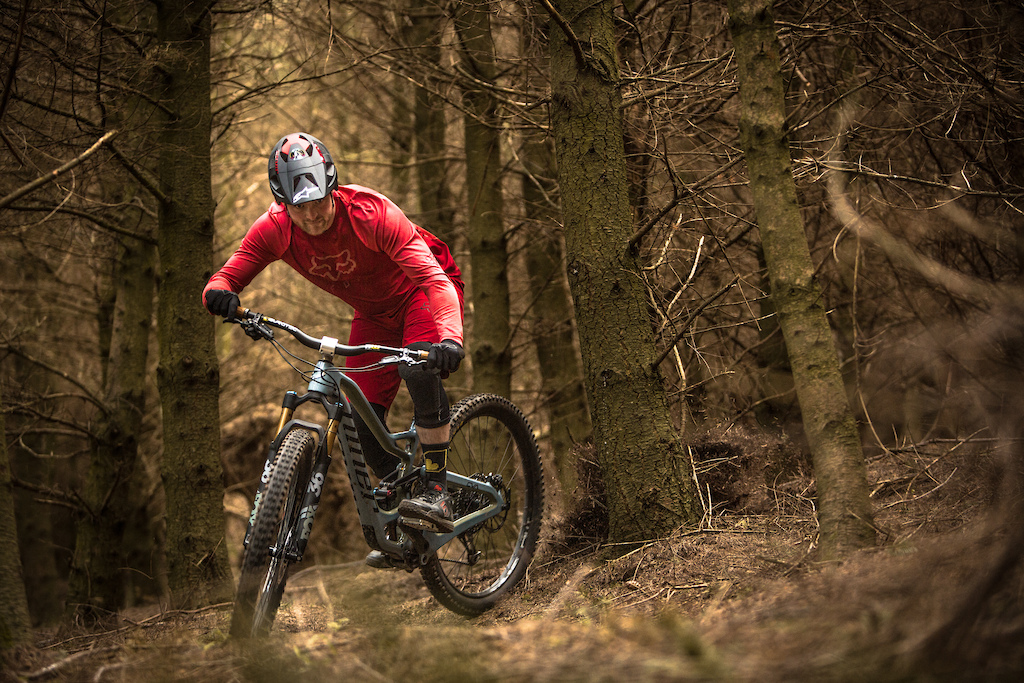 I still race a bit of everything. Mostly these days I definitely prefer the enduro style events. I think I’ve just become a bit of a sucker for punishment, blended with the adrenaline junkie left from my gravity-fed youth. Plus you get the added feeling of it being like a big ride out with mates mixed up with some racing for good measure. 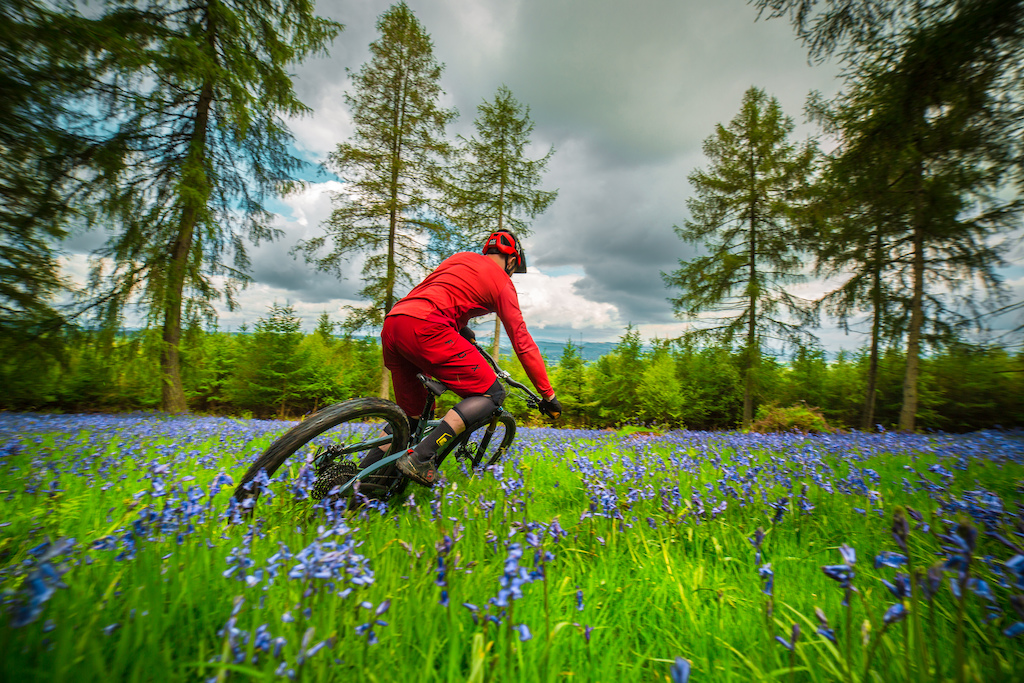 A few events have stuck in my memory from my career, such as it is. Beating Josh Bryceland as a youth to take my first ever downhill win was something I’ll never forget. Racing the 2012 BMX Worlds in Birmingham was pretty special too. What stands out most of all when I think back on my years racing and riding bikes, has to be the places I’ve seen, the friends I’ve made and the good times had with all involved. I’ve been lucky enough to race loads of Europe, some of Canada and America so it’s hard to pick out any one or two memories. All I can say is, in my opinion, bikes have made life awesome in countless ways and that’s something special. 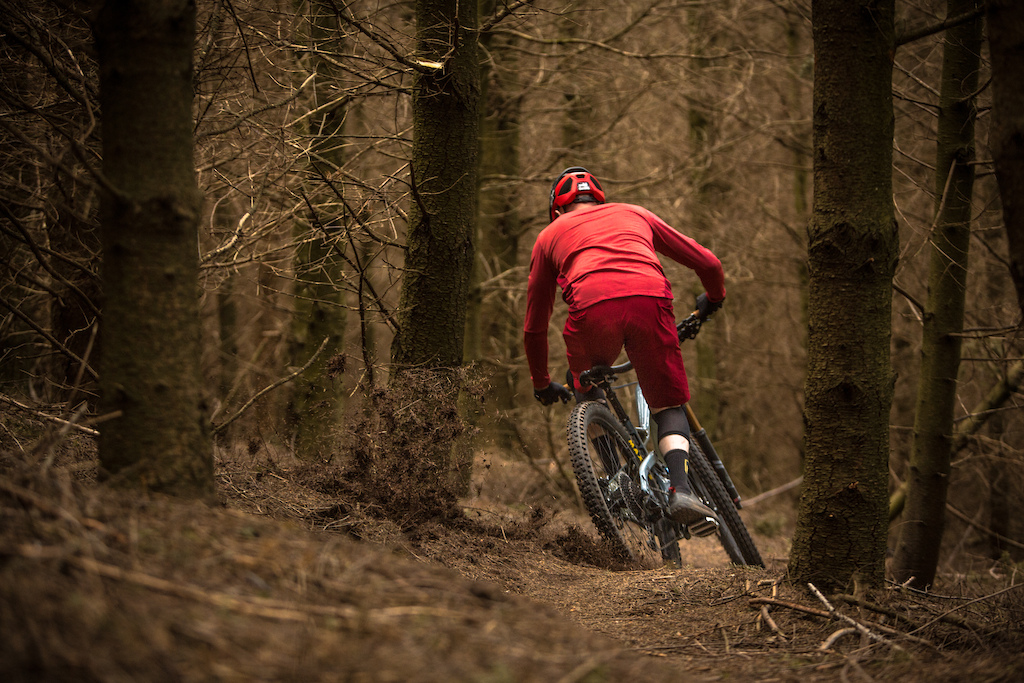 The guys at Niner said it would be cool to get some pics riding the new bike in a foreign land so I spoke to my mate Tom Gaffney and we decided the Shropshire hills of Brindgewood near Ludlow would be a good choice. That place is typical English woodland - it’s a bit gloomy but very green, and littered with trails that twist and tangle through the trees like some kind of snakes' wedding! And obviously being England its rarely dry so loam is aplenty. If truth be told, it was almost too dark that day but Tom has the skills with the camera so I just did the fun bit and it all came together. 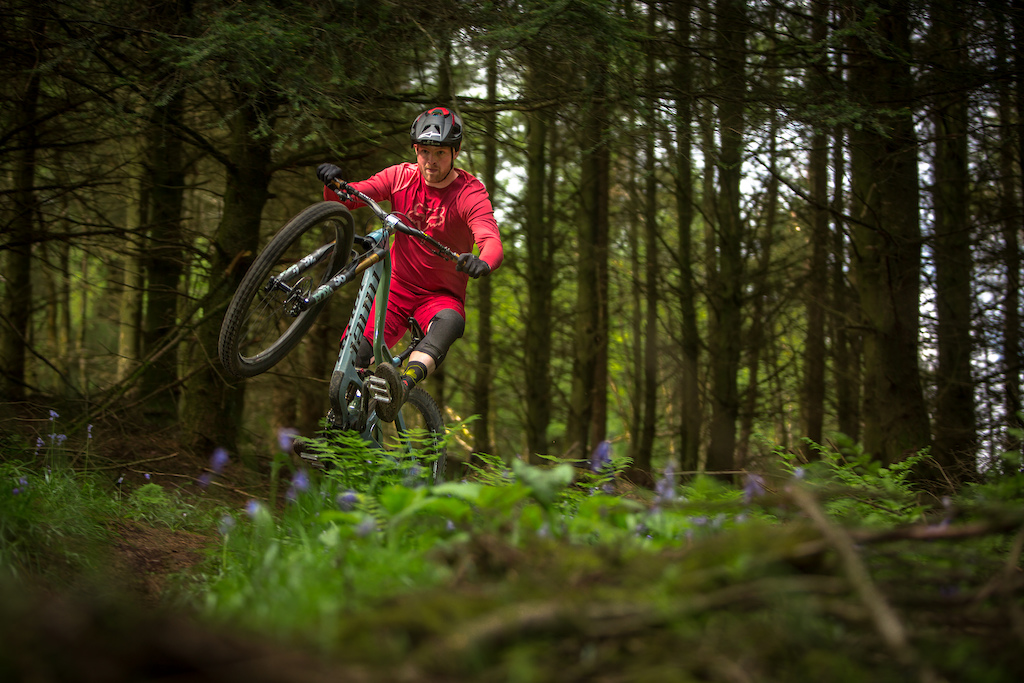 My visit to Colorado was awesome! It came about because ironically it was easier for everyone involved when the new bike was available to just pick it up myself. Unfortunately, our riding plans got scuppered by the late-season snow but on the flipside that gave me chance to get a real taste of the Niner office and lifestlyle which is basically, design cool bikes, go fishing, eat Mexican food and get “marged”! I didn’t really know what to expect of the Niner HQ or Fort Collins in general, to be honest. Let’s just say it exceeded all expectations. 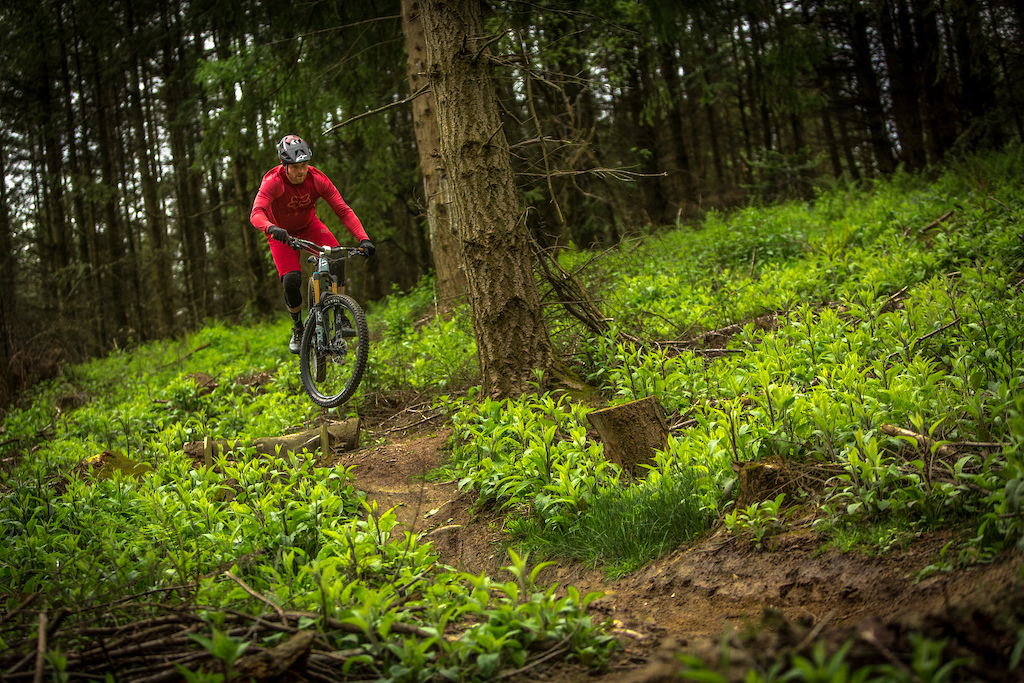 As for the rest of the year, I never really have too many plans set in stone to be honest. I like to keep my options open and just jump on trips and races when it suits me. I do like to do some of the bigger festival style events like Tweedlove and the ‘Ard Rock’ Enduro in August - those are always cool events. This year I’m lucky enough to be headed back to Whistler with some friends in September. I’m super excited for that one! Aside from that, I’ll just be doing some of the Welsh races and hopefully get a long weekend up in Scotland to explore Avimore and Laggan Wolftrax.

Historically, my focuses and goals have always been driven by races and results, and that’s not completely changed or changing. Huge style and tricks aren’t my thing. I’m a racer definitely but nowadays I’m more racing myself. I like to aim for the top 10% out of everyone there, and I still enter pro men to push myself that bit harder. Going forward I’m trying to be more selective and only compete in events that spark my interest, which will allow me to see some new places and hopefully make me a more rounded rider. I buzz off experiencing new places from the trails to the local culture so the more of that the better. 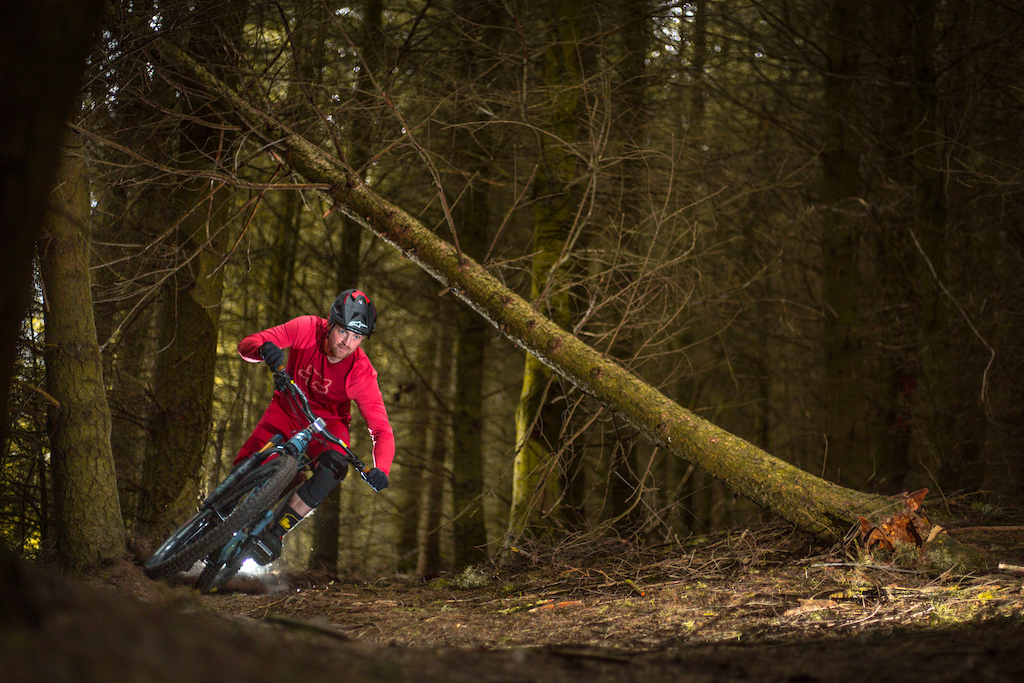 chainspotting (Jul 20, 2019 at 22:24)
I thought that was a pretty funny vid. Well done Niner for doing something a bit different and trying to be funny. Dont take yourselves too seriously!

Otago (Jul 20, 2019 at 17:26)
Now guys, we're about to enter a warehouse environment, now I must warn you that some of the people in here will be working class, so there may be arse cleavage. So just find a partner, hold hands. Don't talk to anyone though.