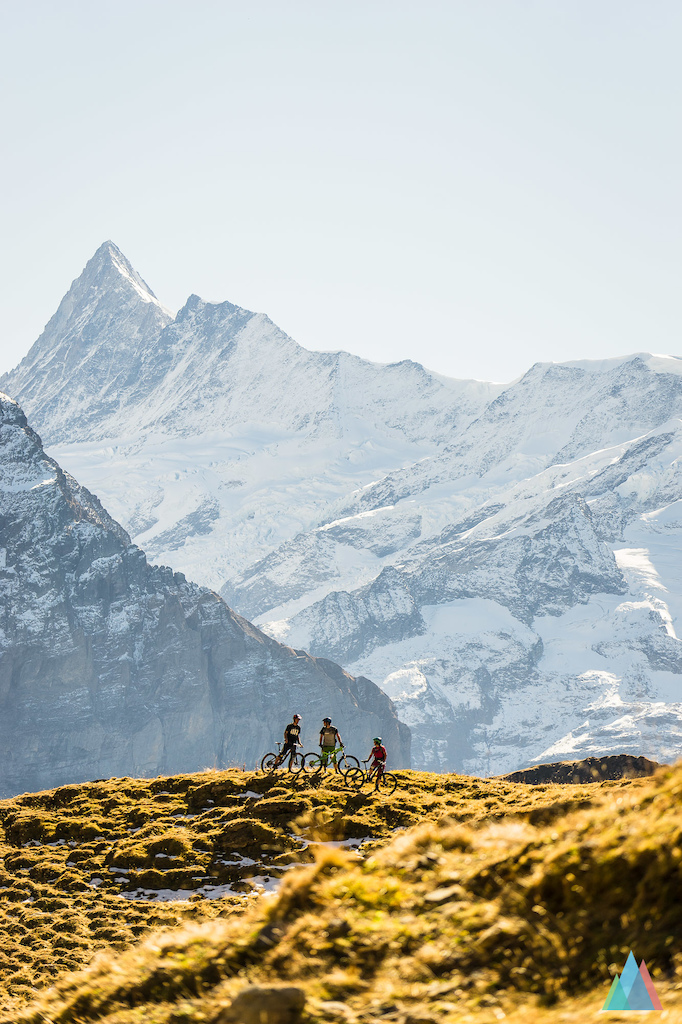 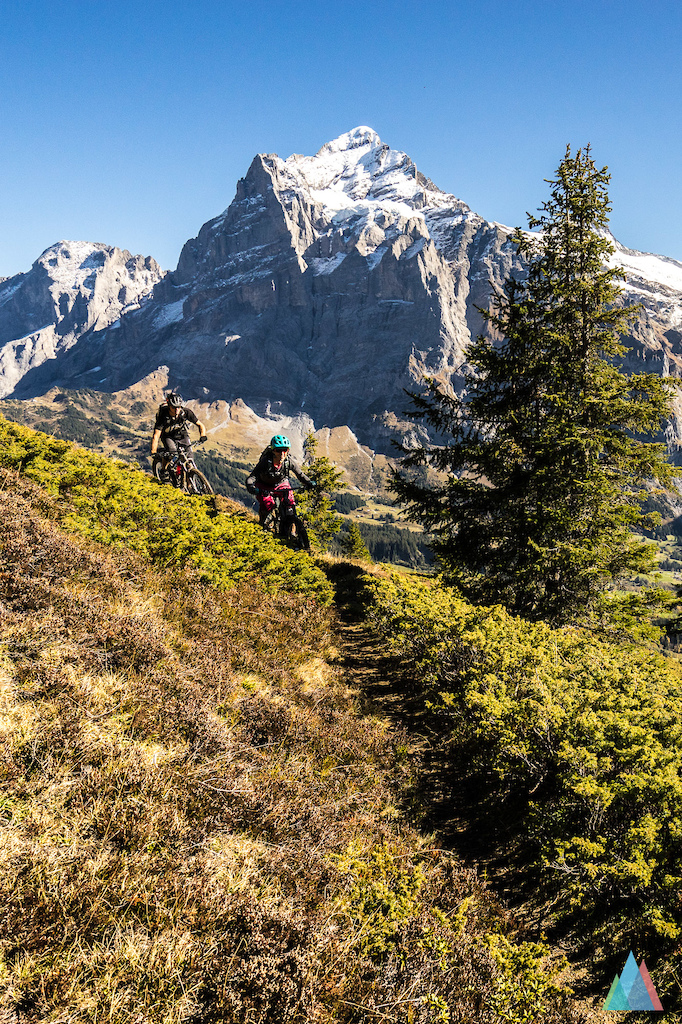 Switzerland, as small as it is, has a few distinctly different mountain regions. You have Graubünden on the eastern side, with Lenzerheide, Davos and the Engadin as its most famous spots for mountain biking. Then you have the Tessin in the south with Monte Tamaro as the standout spot for mountain biking and many more mostly sketchy descents. And in the southwest, you find the Valais with Zermatt, Verbier and Crans-Montana that get often the attention of the magazines and journalists alike.

But there is more. With central Switzerland and the Bernese mountains, there are regions with lots of potential but not the masses of mountain bikers like for example in Lenzerheide. This has many reasons, one might be that you find not so many – accessible or rideable – trails another might be that the tourism boards may just have other priorities.

We love the Valais, Graubünden and all the spots in between. But we also think that other regions in Switzerland should get some more attention too. This short article should show the beauty of the region.


Discovering the trails in Grindelwald

So when Frazer, a Kiwi friend that lives in Grindelwald asked me if I wanted to join a group ride with the goal to ride a 3X1 – as in 3 amazing descents with at least 1000m of denivelation – I immediately agreed. Obviously, I brought the camera, Eiger North Face and late autumn make a great combination. 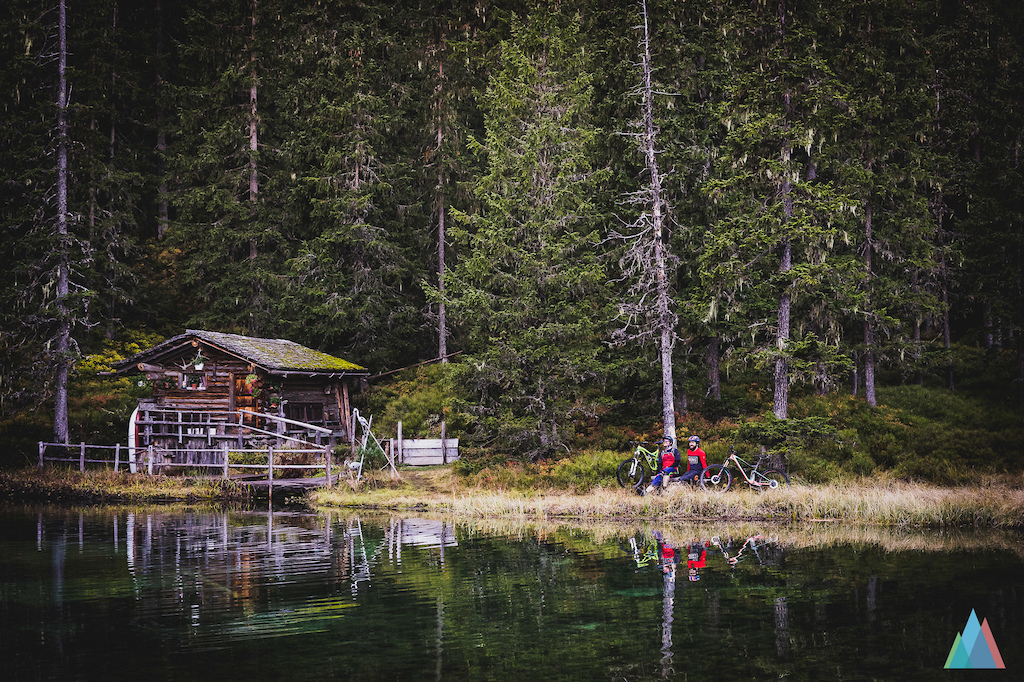 It all started early and since the first uphill needs to be done by yourself (the train to Kleine Scheidegg only allows bikers to enter after 4pm). To my delight the timing was quite perfect and just when we reached the highest point of this mornings climb the sun showed up above the famous Eiger North face. 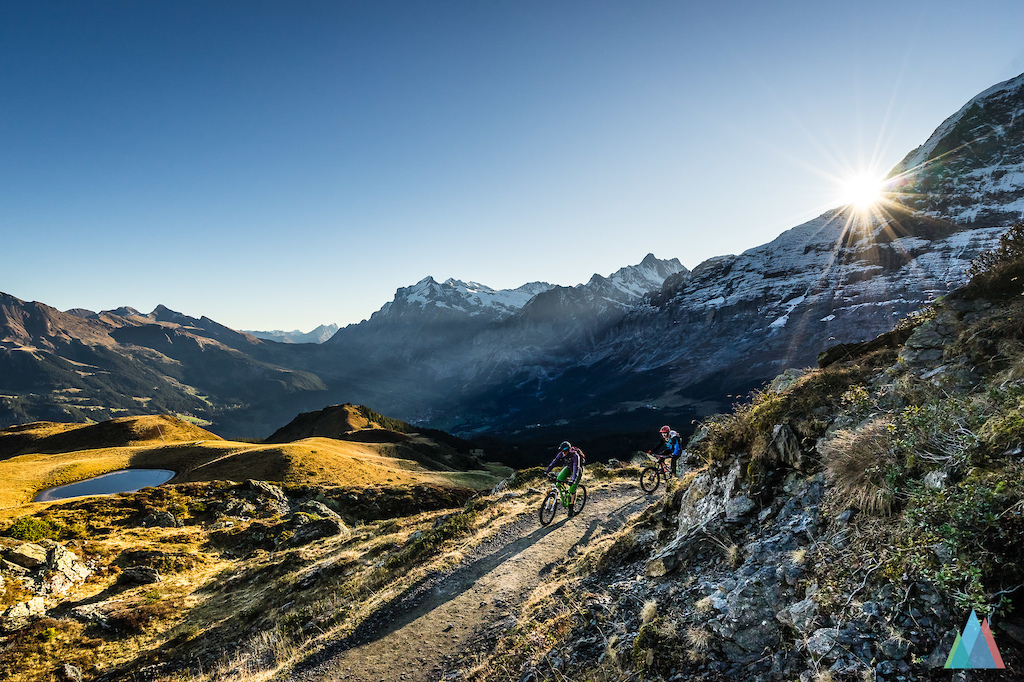 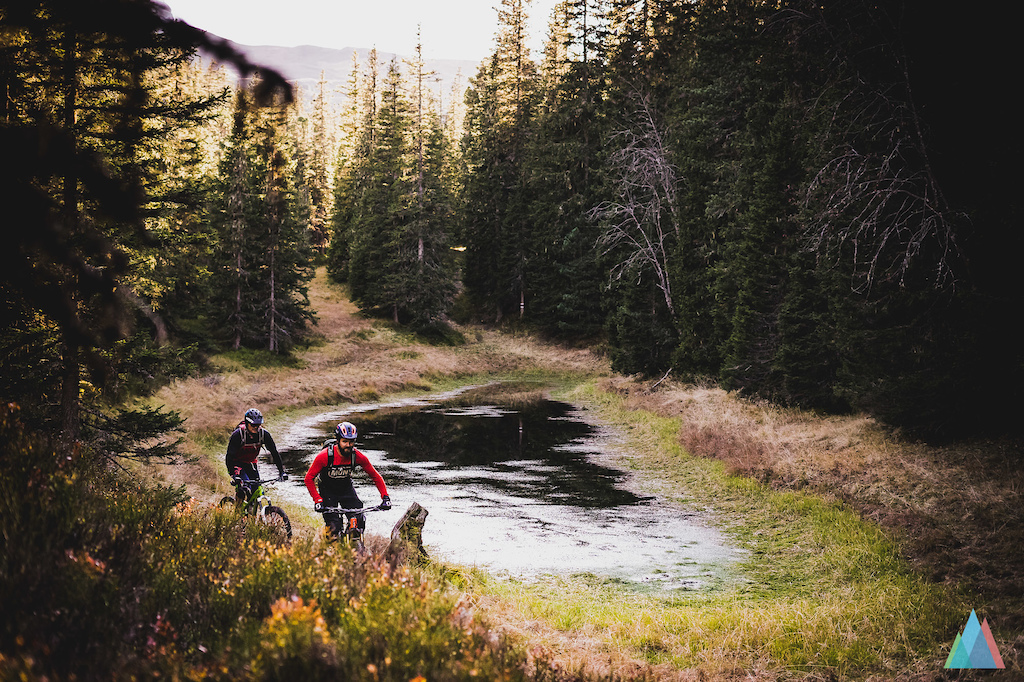 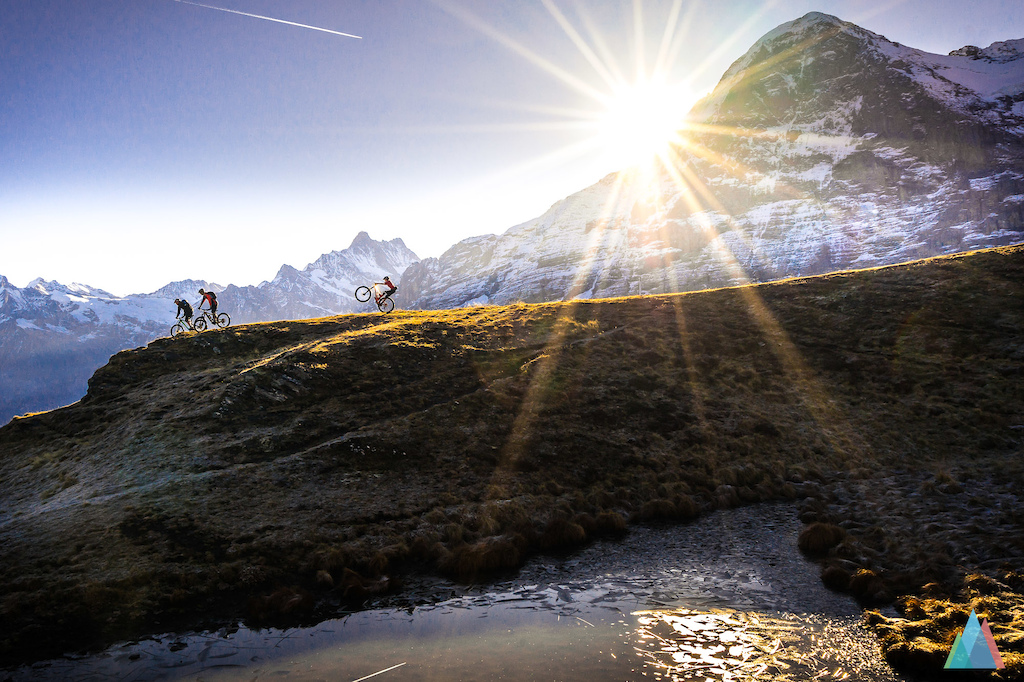 In a slight hurry to catch that light a the right spots we made our way down, the group enjoying the warm feeling of the first sun rays. 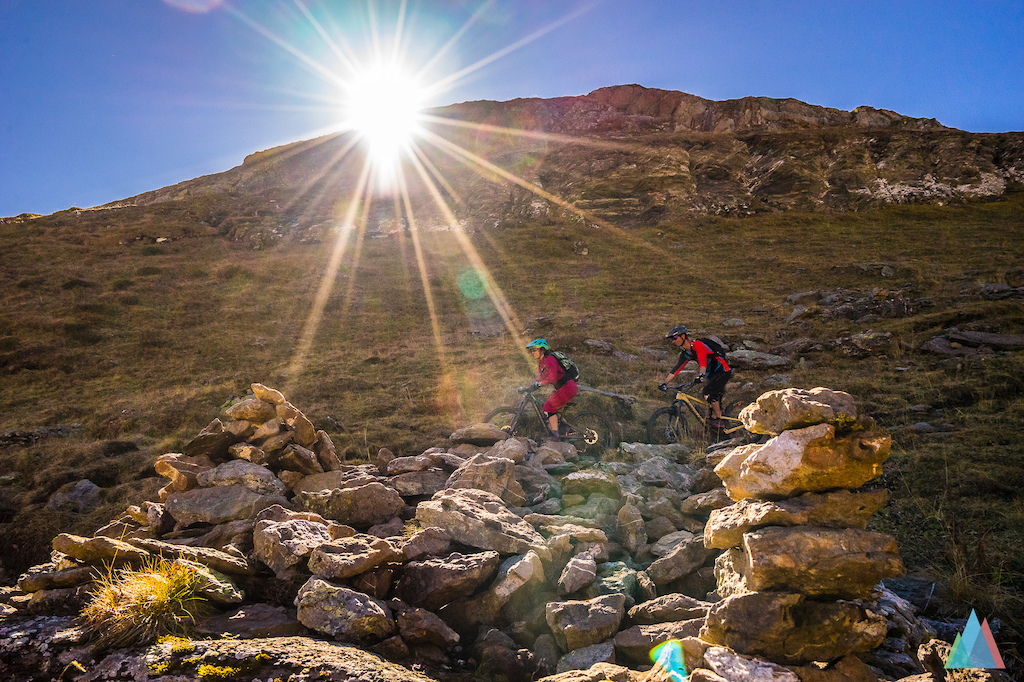 The descent soon lead us into the forest where everything was still a bit wet and sometimes even frozen from the night. Also, the sun was not yet here so we did not stop often for pictures and enjoyed the loamy trails until we reached Grindelwald again. So first out of three descents already delivered bigtime. 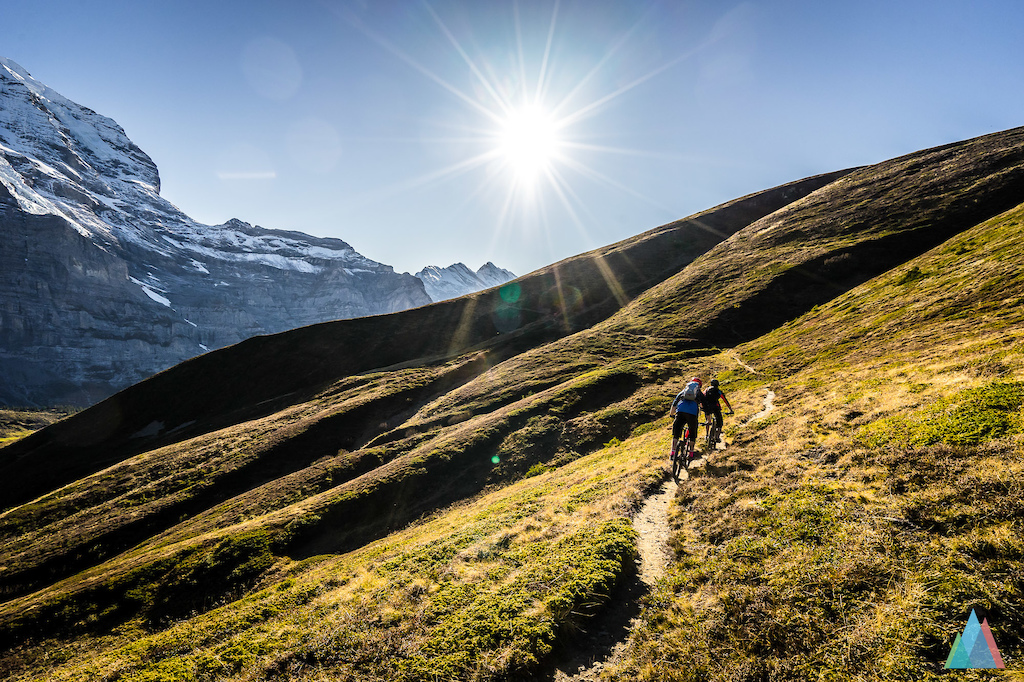 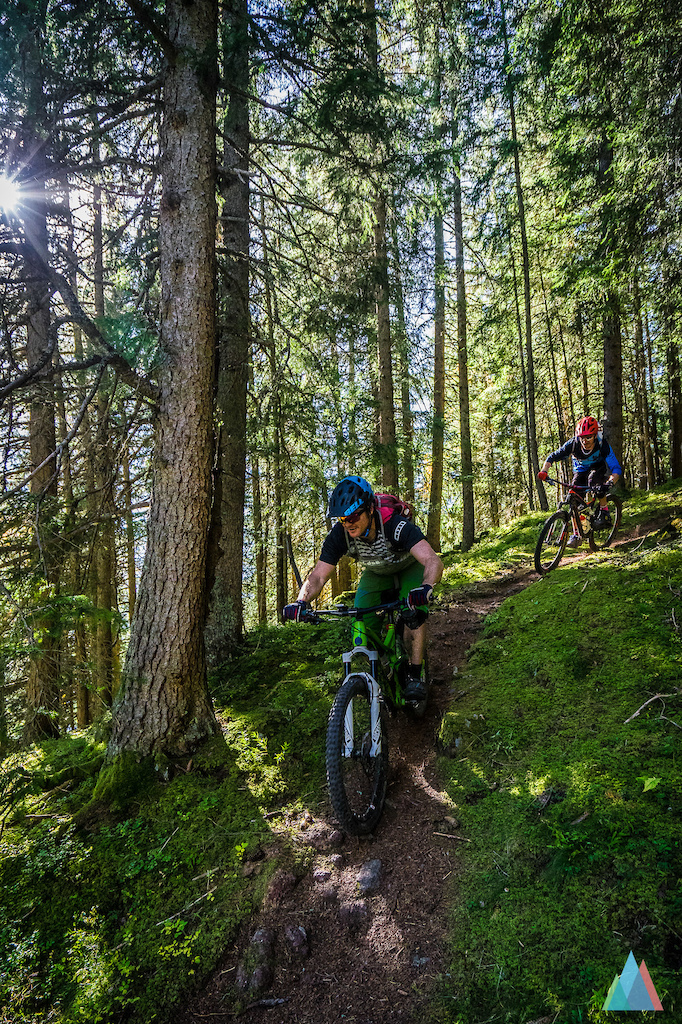 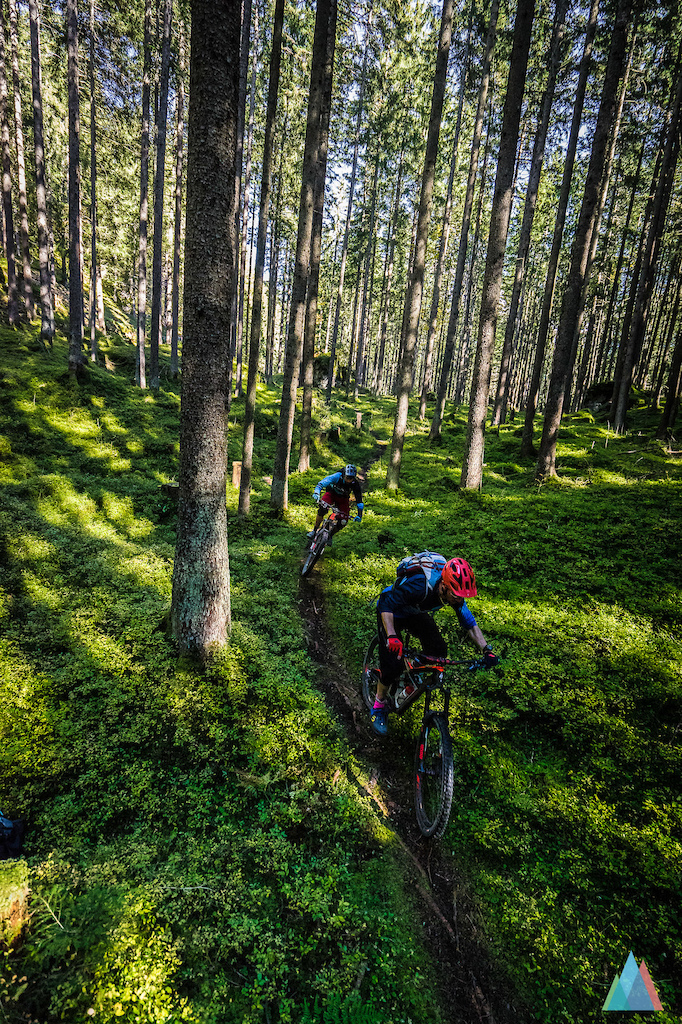 One uphill by gondola and one by train ride

Fortunately for us, the next climb up to First was possible with Gondolas and it took no time to end up at Bachsee, the start of the second downhill. In contrary to the first descent, the second one was not right next to the famous Eiger Northface, but just on the opposite site of the valley. This made it a whole lot easier to get it in front of the camera. 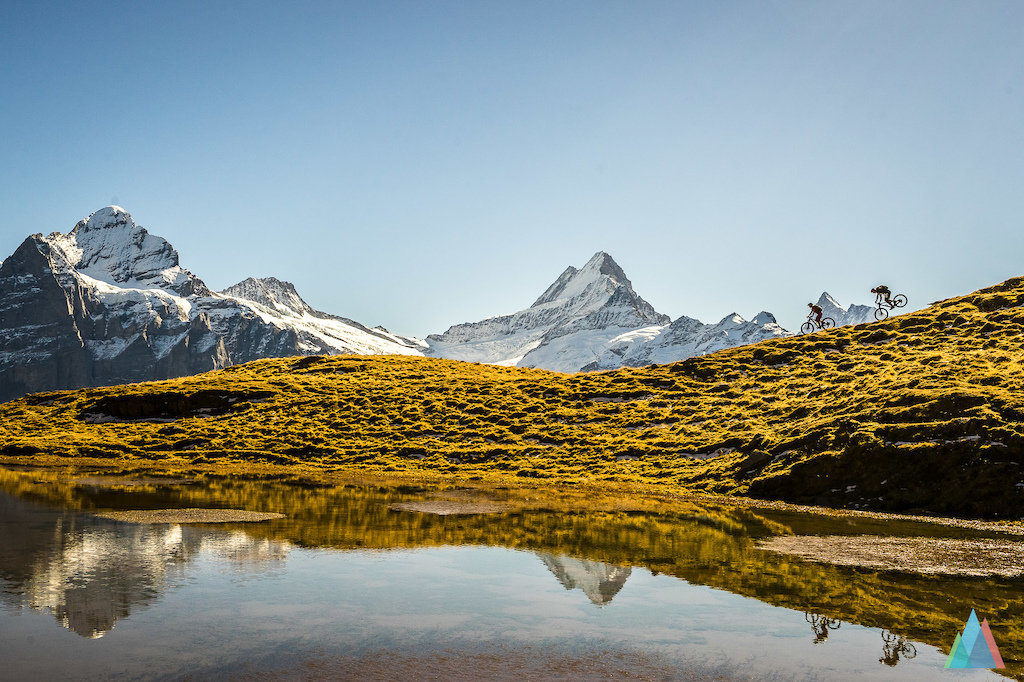 Again we reached soon the woods, only this time with a lot of light in them. Lucky me I brought the camera. 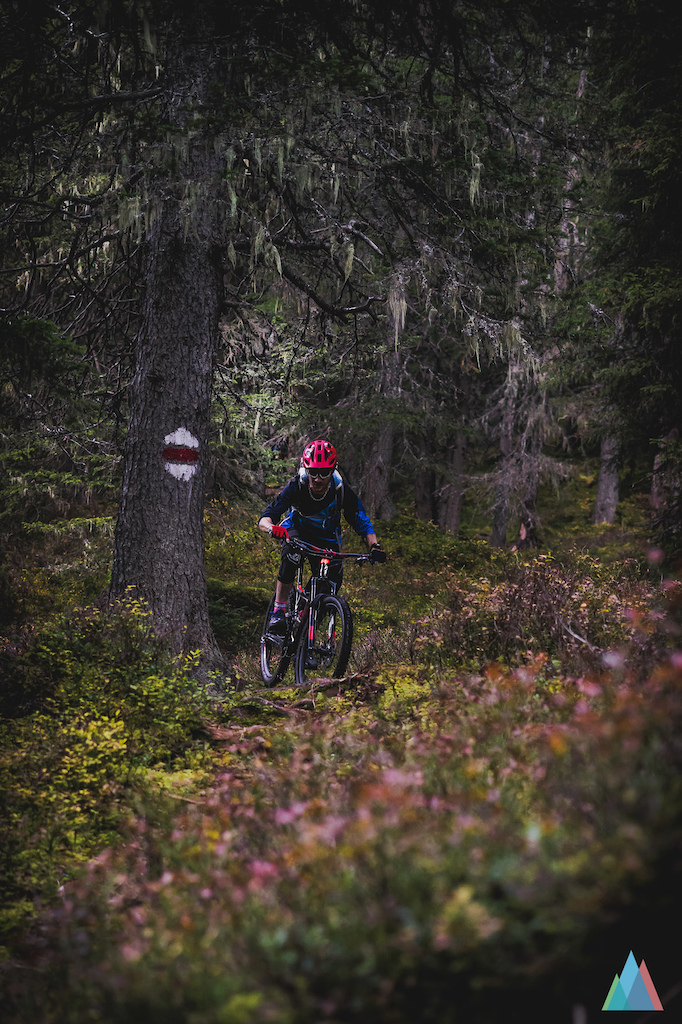 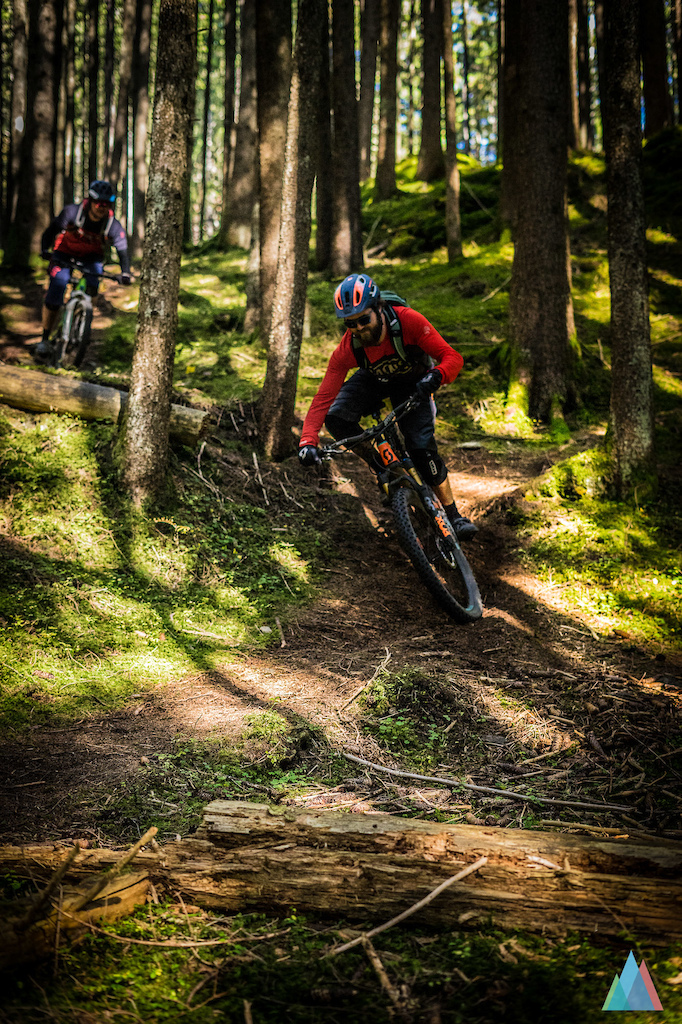 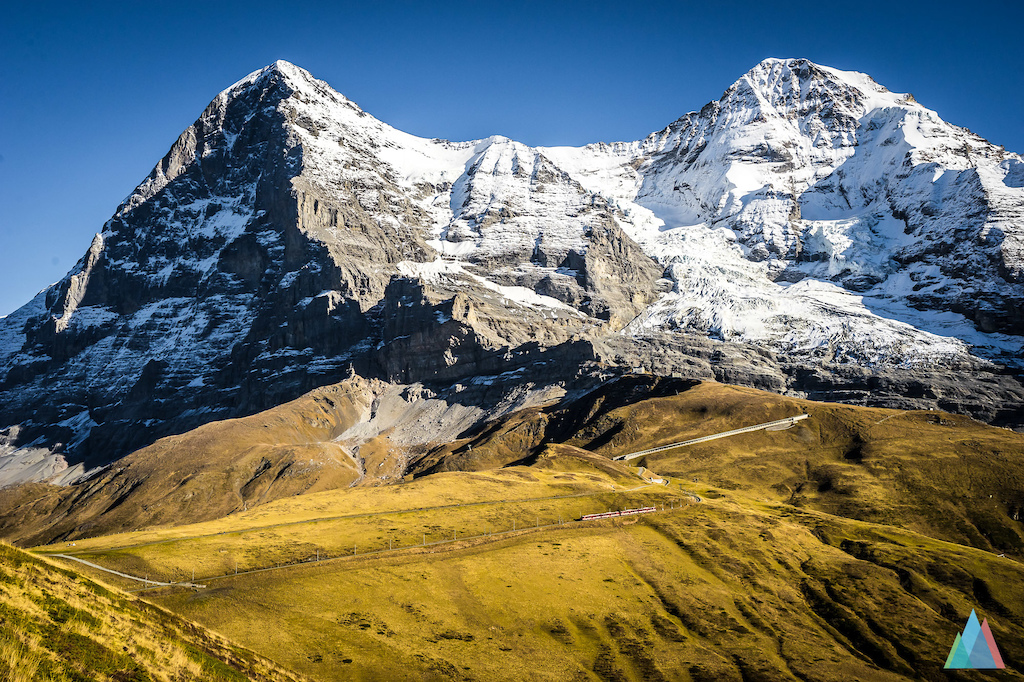 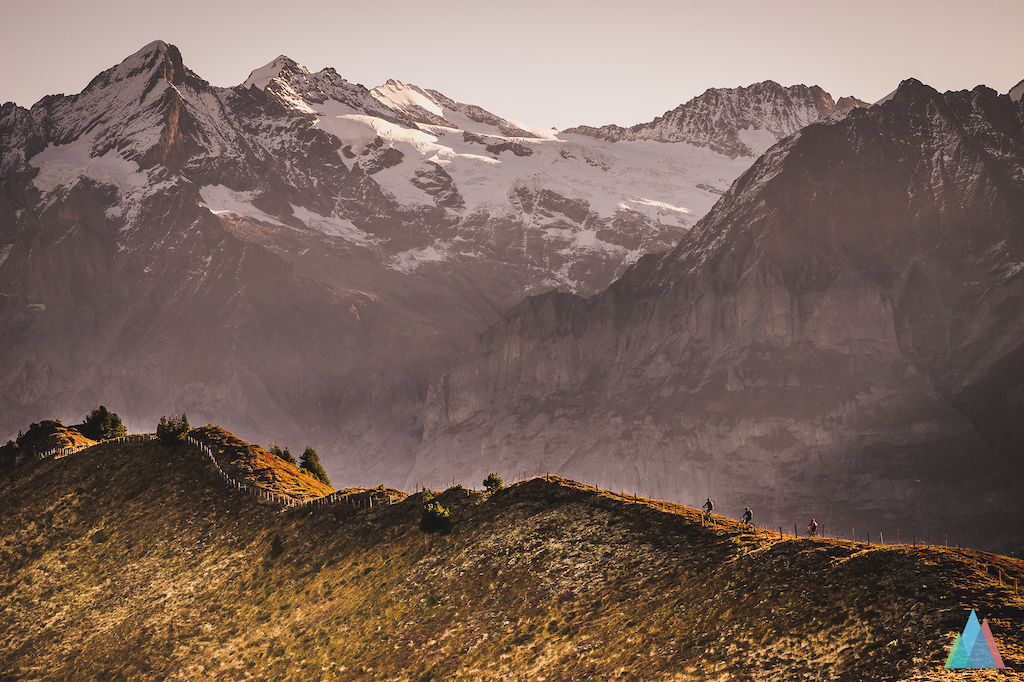 The autumn days are getting shorter and so was the time until it got dark. So I took another few shots above the treeline before we started to speed up the long downhill so that don’t end up riding in the dark. Even though the last trail is nothing short of amazing, I don’t have any actual footage of it yet. I guess I have to come back in 2018.

Here we go. I hope you liked the shots. It is definitely a beautiful region with a handful of amazing trails. Grindelwald might not be the destination to spend a week with your bike, but for sure a weekend. The trails are amazing, the views breathtaking and most of the time you even find a way to catch an uplift.

notdoped (Oct 11, 2018 at 6:29)
I'm sorry, BEO (Berner Oberland) is amazing, I lived there for two years, but tourist boards/gondolas/... set the priorities absolute to the asian mass-tourism! Example that you mentioned ("the train to Kleine Scheidegg only allows bikers to enter after 4pm") is only one of many, there are as well many prohibitions to pass on roads/trails for Biker as wel. It's a pity, but they are not really interested in Bike-tourism definitely. Sorry BEO, you missed the train... Go to Graubünden, is much more advisable.

leelau Plus (Oct 11, 2018 at 7:38)
Unfortunate but true. There are some trails on the Lauterbrunnen side also but mountain biking is definitely second class in the Grindelwald region

EnduroManiac (Oct 12, 2018 at 13:03)
I unfortunately noticed a few step backs in Graubünden with several trails becoming forbidden to bikes, and others receiving the "flow-country" treatment. The latter helps for bike mass tourism it seems ????. Still plenty to do though, but it’s not going the right direction. Also agree for BEO. I felt the same frustration when living in Bern. What a shame.

EnduroManiac (Oct 13, 2018 at 5:23)
@leelau: for once I may be called conservative. I prefer it raw, especially when I am lost on a pass, 10km away from any city (I know it doesn’t sound far for north-Americans but Switzerland’s density is high) but it feels like on a pumptrack

minix (Oct 11, 2018 at 6:21)
Very nice shots! Can fully confirm what an awesome place it is! I was in Mürren (very close by) this weekend for a work getaway, and the stunning scenery as well as the feeling you get with Jungfrau, Mönch and Eiger towering over you is something special. Got to hike a few trails and would love to come back on bikes! This photo epic just confirmed that!

jamesdunford (Oct 11, 2018 at 4:01)
Anyone fancy a rip here this weekend? Live in Chamonix, most of my riding buddies have gone for inter season and THIS LOOKS EPIC.