Whips and Whiskey - Sam Cofano & Jake Gilfilan: The third instalment in the Hucks and Haggis series - Sam Cofano and Jake Gilfillan going hard in the tweed for Jim's lens. Perfect length with a brew, so kick back and enjoy. Video: Jim Topliss.

Women To Power: Diverse styles of riding in Spain.

The Old World - Official Trailer: 15 athletes, 8 disciplines, 7 countries and 100% Europe. The Old World is the first dedicated European bike movie that is bridging the gap between mountain bike and BMX riding but also between action sport movies and feature films. 4 years in the making, The Old World touches down on unique European locations from the remote fjords of Norway, majestic Scottish highlands, rough alpine singletrack and the magical metropolis of Paris - the team travelled for two years to portrait the rich continental riding landscape and its biking stars.

The Old World Exposed: Poland - Behind the Scenes of a Bike Film: Finding a secluded piece of land, where ones imagination can truly run wild, is no walk in the park. Finding it on a continent, where our species already claimed almost every square kilometer of the map is even harder. Building a secret freeride line of breathtaking proportions on it... well that is a challenge on a whole other level. This is where Szymon Godziek from the Godziek Brothers & Nico Vink arrive into the picture. The two MTB heavyweights embarked on a 6-weeks-long dig & ride mission in Kudowa-Zdrój in Poland, where they joined forces with the Tillmann Brothers film crew & Singletrack Glacensis. The team created nothing short of a masterpiece that became an integral part of The Old World movie.

Chris Akrigg - Full Force: Chris Akrigg changed his name to Chris E-krigg and is going full boost mode on his GT Force Amp. Chris is charged up and ready to go Full Force! Video: Will Evans.

My MTB Footage Unearthed (Peaty, McGazza, Sam Pilgrim, Brumotti, Sam Hill, Hans Rey, Phil Sundbaum): For the majority of my time in the bike industry, I was filming with the top freeriders and racers in arguably one of the most exciting and progressive eras of the sport. I dug back into my files and pulled out some videos and stories from along the way - some behind the scenes, some that didn't get the shine they deserved!

Trey Jones - Analog: 2020 was a hell of a year, but we know that didn't stop Trey Jones. With the world closed down, Trey unlocked a laundry list of new and old spots and documented it all using his collection of older cameras and DIY mentality. There is no lack of creativity style, and Trey's "ride everything" mindset in this all new video.

Boyd Hilder - Locked Down Unda' "Been cracking away at this video since the start of 2020 with 95% of the clips happening on a Friday night or a Saturday. Making things happen the best we could between Covid and Troy Charlesworth (filmer) working a full time job. All the clips are from North of the QLD/NSW borders except for two from a school we hit before the Covid border closure. Video was cut short just in the end due to a knee injury. Enjoy and see you in a few months ????????" - Boyd.

Cultcrew - Marcel Anderson: Marcel Anderson, coming straight out of Florida. This dude is down for good times and good sessions only. This edit proves it.

TJ Rogers' "Blind" Part: TJ hits the Hollywood 16 once again and handles some iconic cuts in The City. Even security recognizes the talent.

Yuri Facchini - For the Culture: Combing the Brazilian streets like a detective, Yuri builds his case with explosive flick and heavy hubba hammers. Court is in session.

Seize the Seconds: Alexis Sablone opens the floodgates for a full-scale attack from the Cons crew, culminating with a climactic closing push from Louie Lopez.

Dylan Siggers - Cronenberg Morty: Amidst a 2019 - 2020 season that was ultimately cut short, Dylan still managed to create one heck of a season cut. From deep powder in British Columbia and Japan to urban hits and park laps, to boosting road gaps and cliff drops, Dylan reminds us time and time again that he is a jack of all trades when it comes to his skiing and the style that he brings with it. Enjoy the good vibes that accompany his season edit, and get stoked to make the 2020-2021 season the best one yet. Words From Dylan: "2020 was going really well until we went and Cronenberg’d ourselves. Editing this season's full part was as motivating as it was depressing. But going into our first full winter during a global pandemic, I’m excited to release this short and hopefully give myself and everyone else a reminder of how much joy and happiness skiing can bring. Hope everyone enjoys my latest season cut, “Cronenberg Morty.”

The Chairlift: Though often overlooked and under appreciated, the chairlift may be the single greatest invention in the history of modern skiing. This a celebration of the device that brings skiers together in a way that nothing else can.

The Ghosts Above - Renan Ozturk: Join Renan Ozturk on an expedition to solve the Mount Everest mystery of who reached the summit first. 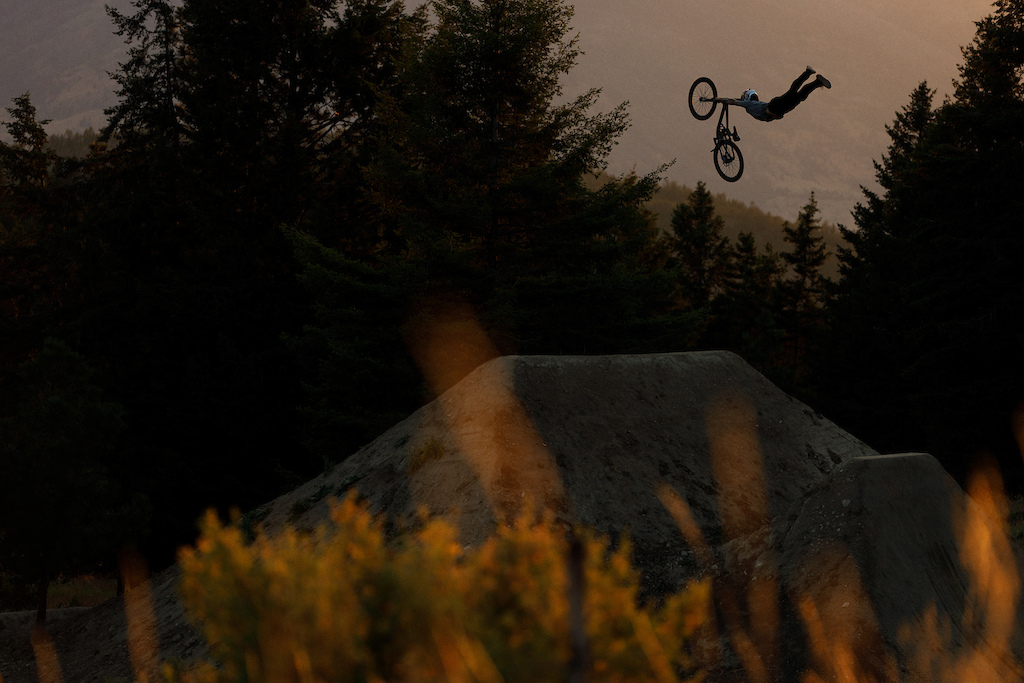 Can we just ditch the whole 'family' thing already? Or are they actually all related to each other?

It's almost as over-used as the word 'iconic'.

rideitall-bmx-dh-road-unicycle (Dec 7, 2020 at 12:55)
the term family is thrown around because it makes brands look like they have a bigger team of sponsored riders, where really most "family" riders are just getting a discount code maybe

steezysam (Dec 7, 2020 at 11:26)
@jgainey: I mean riding brakeless is pretty impressive. Riding without a helmet is not

eyun (Dec 8, 2020 at 8:40)
I am fine with electric bikes for those that use them but watching Chris Akrigg, or Danny, play on them isn't fun. Sure they can power their way up some tech lines but it seems like they are working way too hard to keep their signature style alive. It is like they are constantly fighting against an anchor.

johnyyy (Dec 7, 2020 at 7:26)
I've enjoyed The Old World Exposed: Poland - Behind the Scenes even more than the segment in the movie. cool stuff

Imagine what Hilder could do if he wasn’t weighed down by that weird plastic hat thing he’s got strapped to his head!!!!