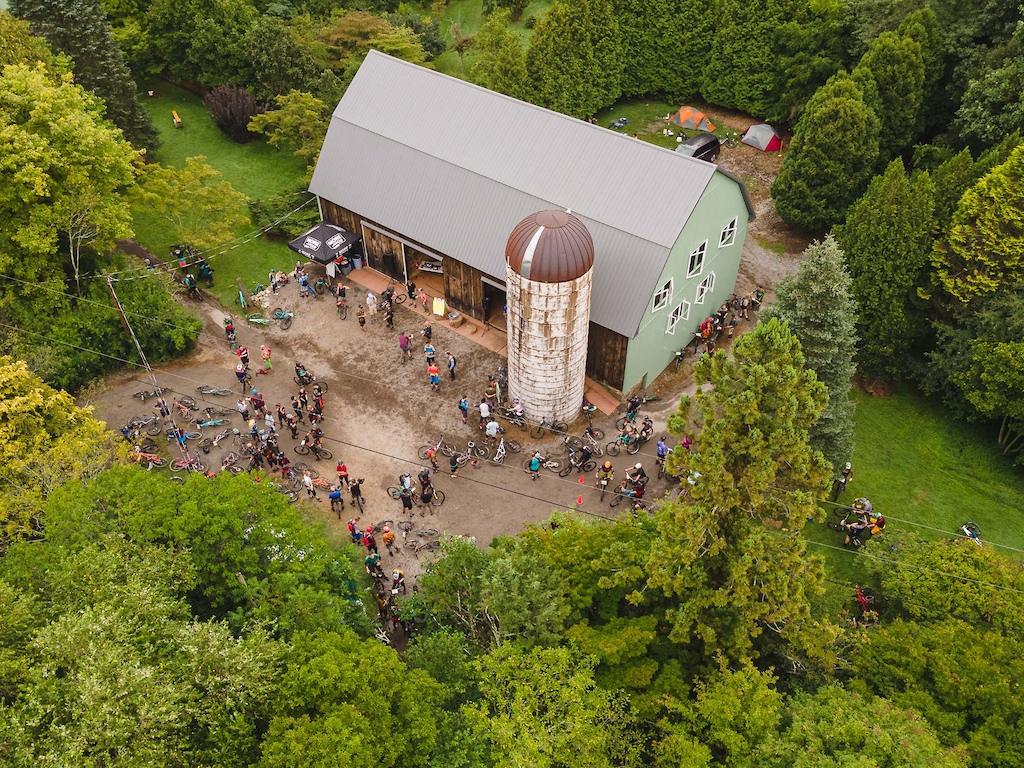 The Frederick Watershed has emerged from being an underground, locals-only riding spot, to a main-stay and popular destination in the mid-atlantic. Building off of the success of two successful enduro races in 2018 and 2019, and a by-year in 2020, 2021 came and went off without a hitch. This year's edition gained enduro's older, rowdy brother for the weekend -- downhill. With a weekend full of gravity racing, people traveled from all over the region to enjoy the gems in these woods. 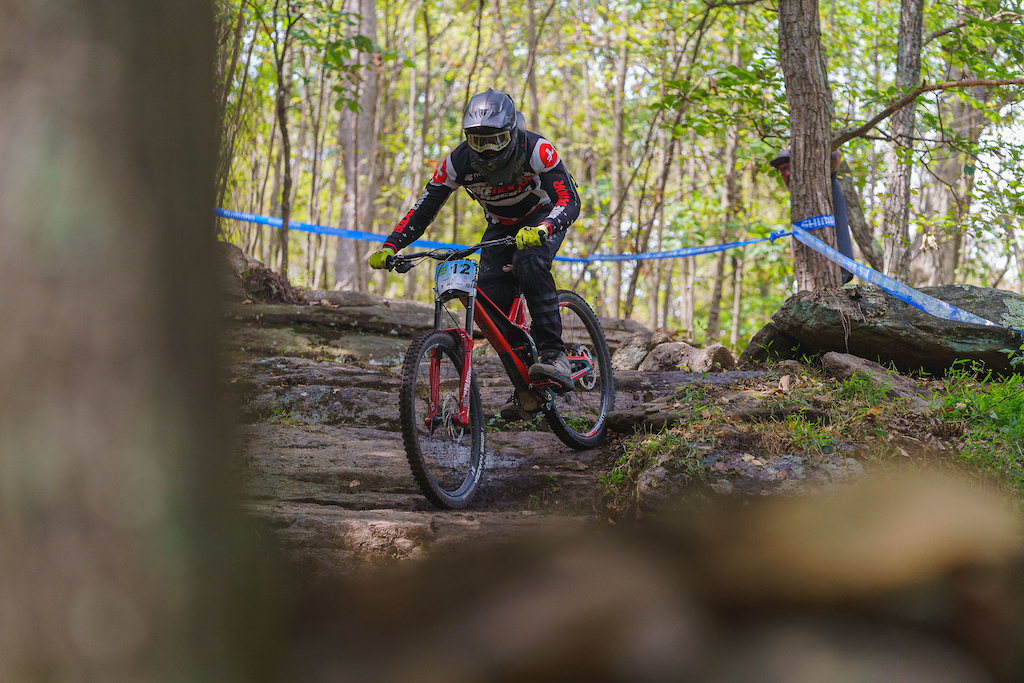 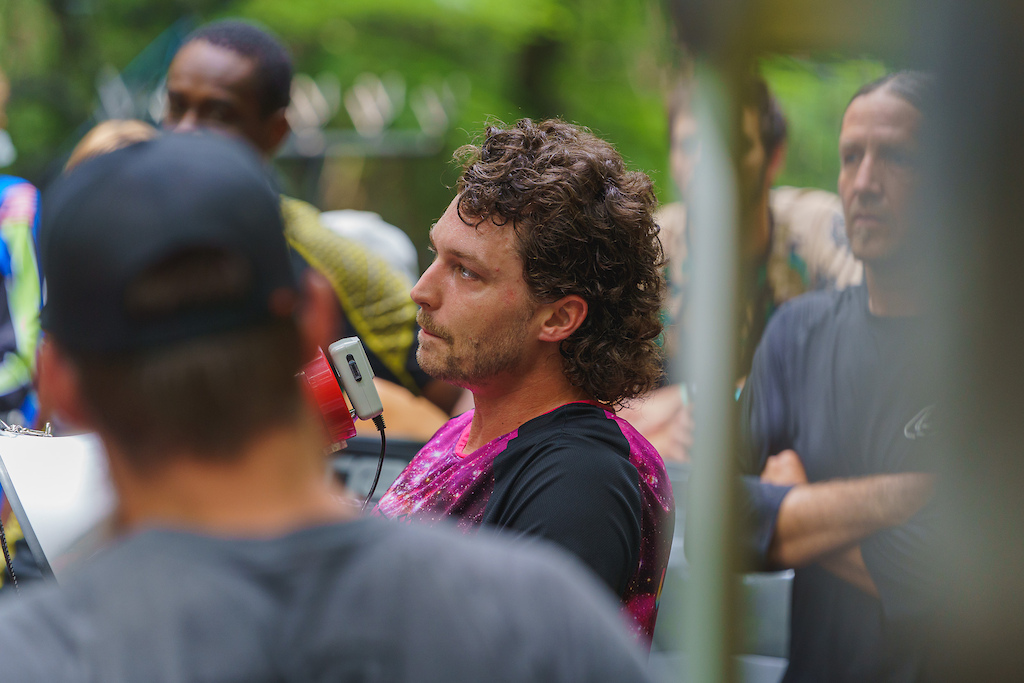 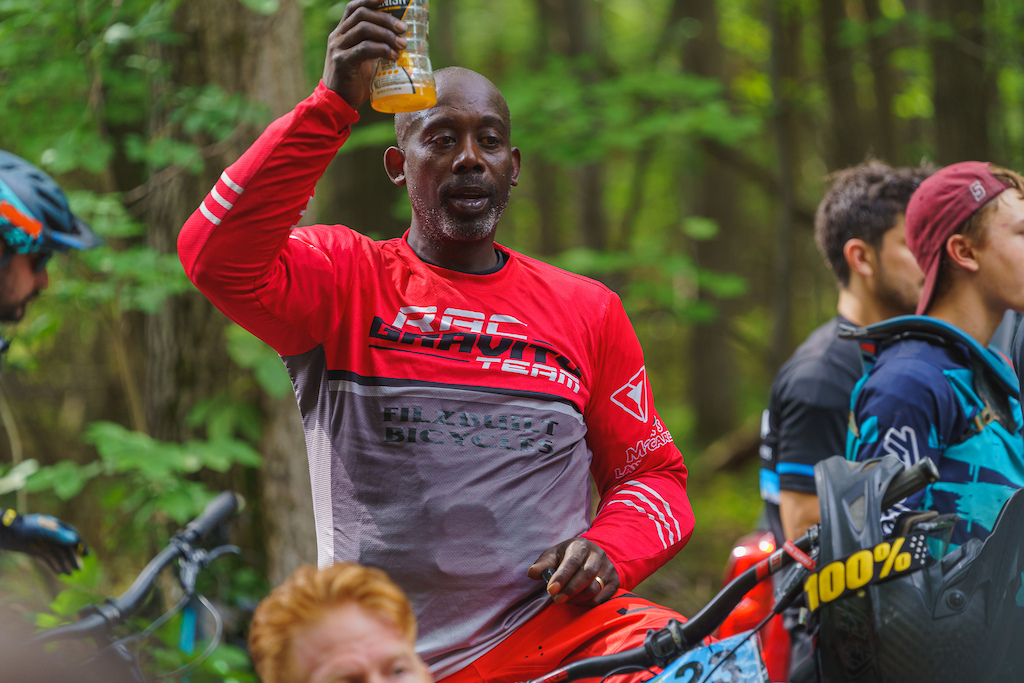 Downhill race director Zane Bard giving guidance on the flow of the race to a crown of racers during the racers meeting. Phil Downell raising his bottle one time, for the homie. Photos: Korey Hopkins 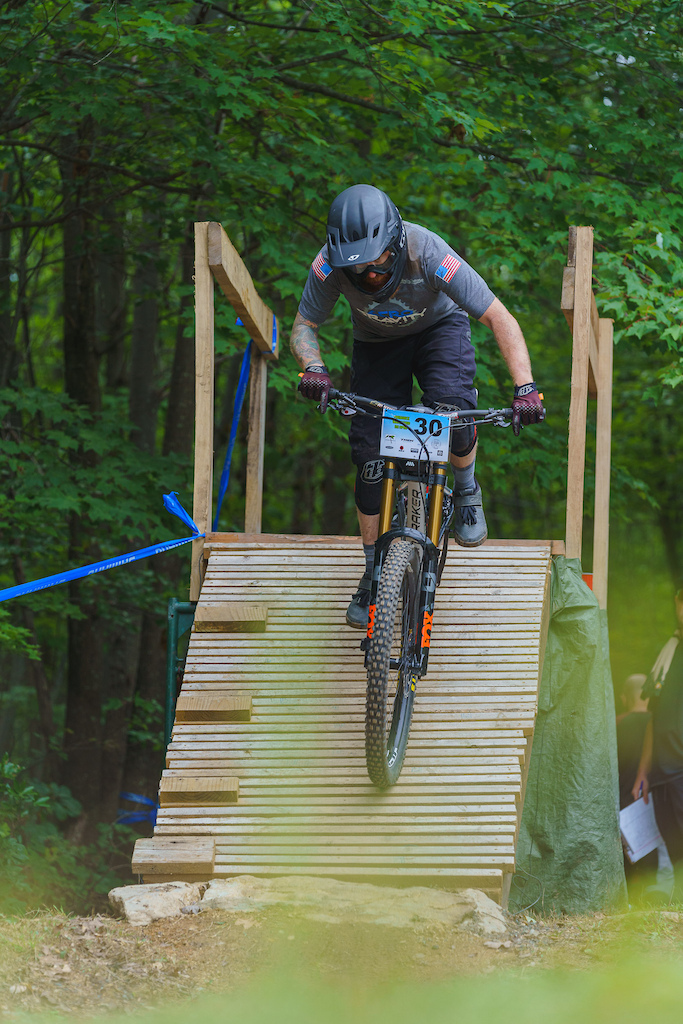 Ross Rankin gets to claim being the first racer to drop into the course. Photo: Korey Hopkins 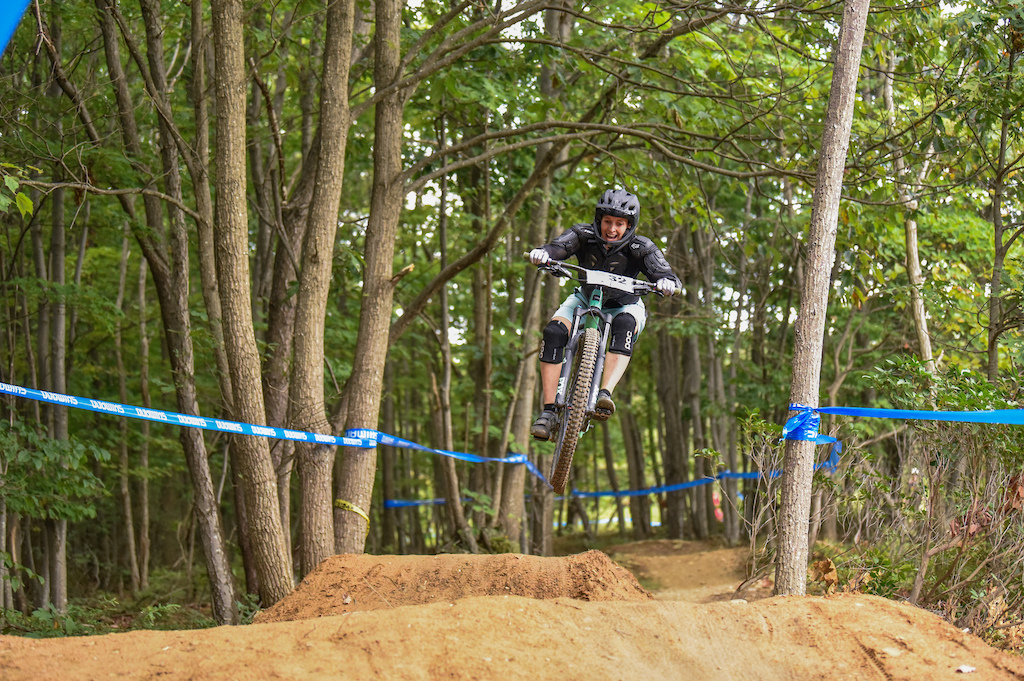 Cathy Reidel has trouble containing her excitement on racing downhill close to home on one of the tracks opening jumps. Reidel would finish on the podium twice this weekend Photo: Andy Burnett 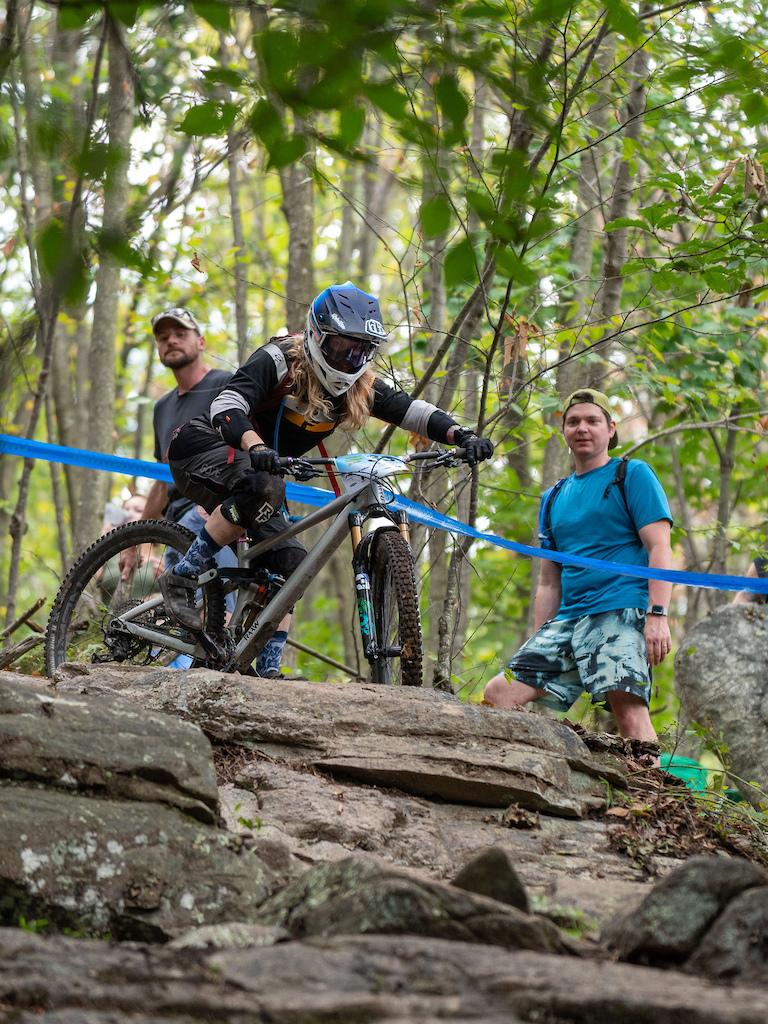 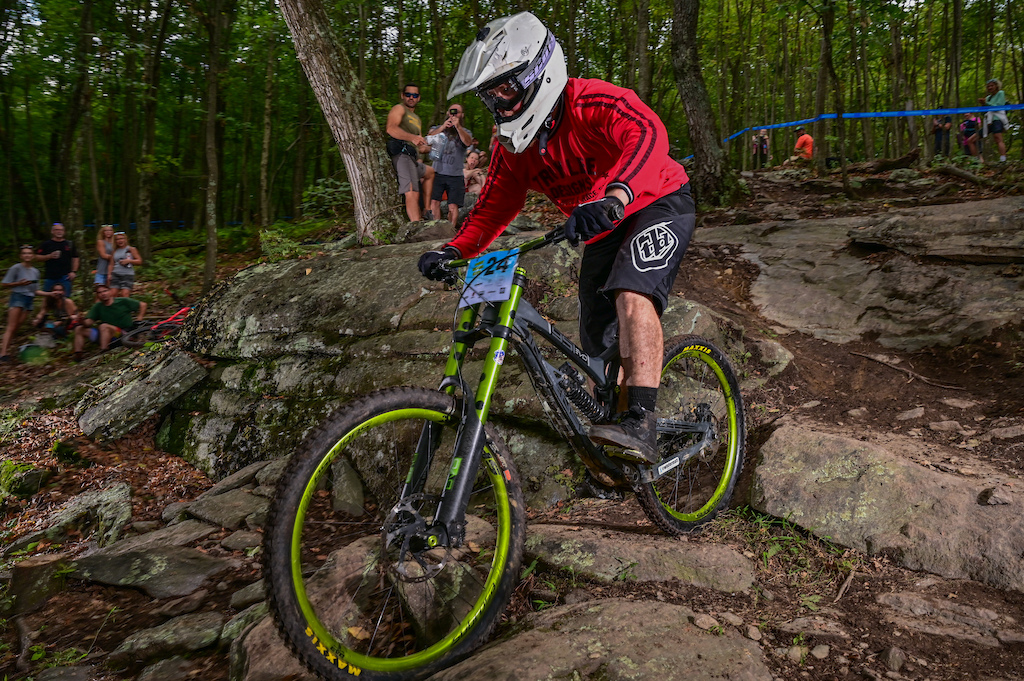 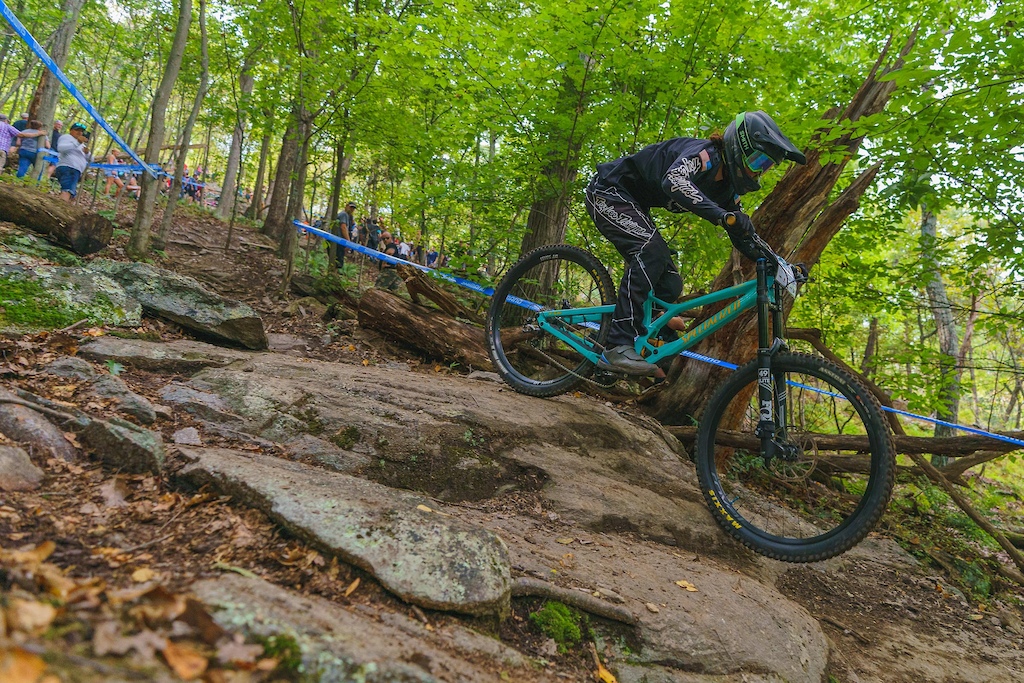 U19 rider Gavin Shum deep into the steep rock garden that would claim many riders during the day. Gavin ended the day second in class. Photo: Korey Hopkins 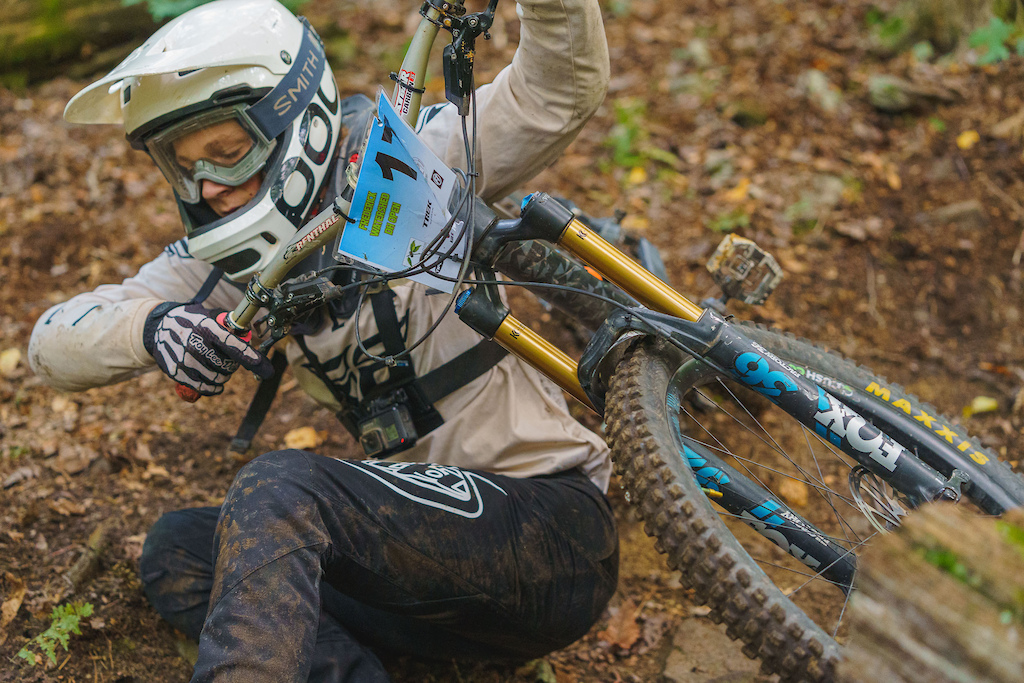 U19 rider Travis Stevens taking a break on his way to a fourth place in class. Photo: Korey Hopkins 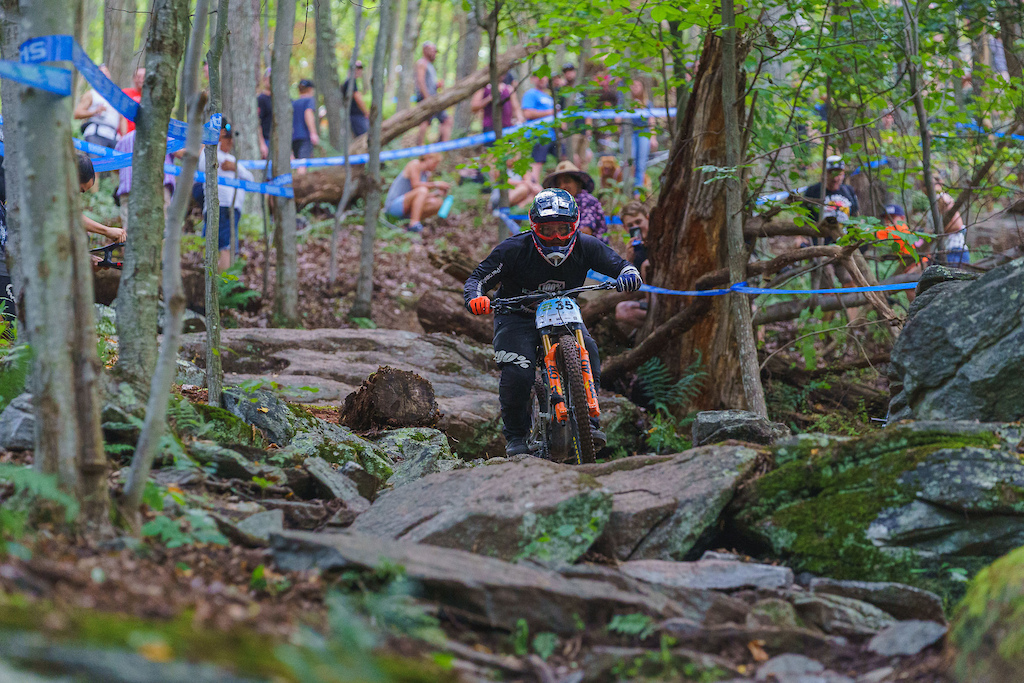 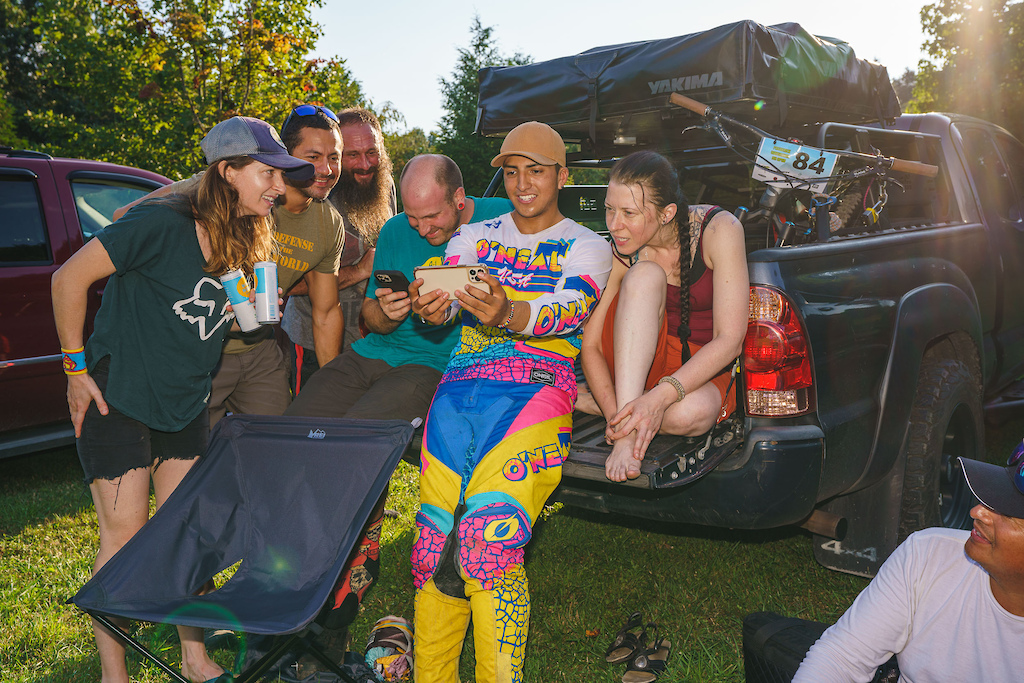 Alejandro Riofrio giving a recap on what was going through his head during one extra loose moment he had on track. Photos: Korey Hopkins 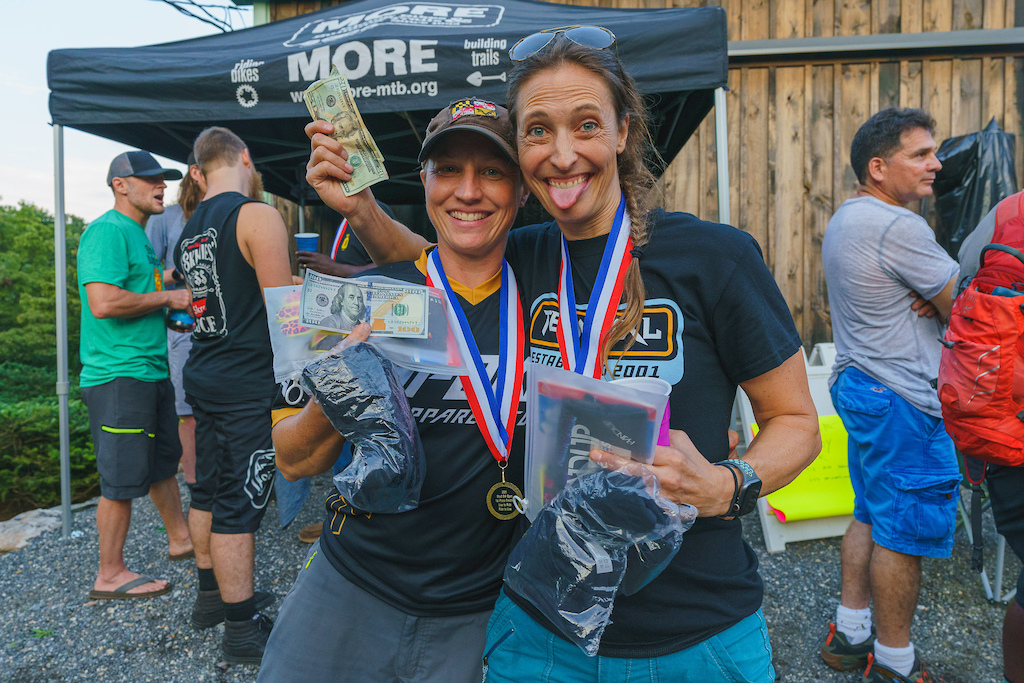 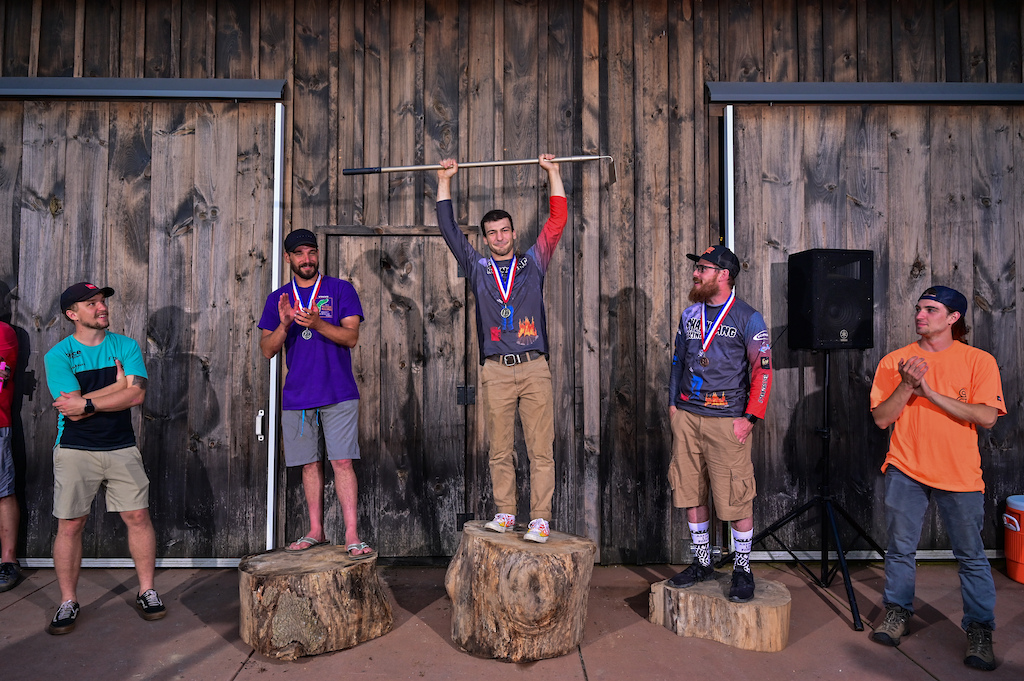 Celebrating the accomplishments of the day are always in order after a big race. Photos: Korey Hopkins (left) & Mike Anderson (right)

After an evening to celebrate the first successful sanctioned downhill race, gears shifted from shuttling to pedaling. An overnight storm created some spicy conditions to start the day for enduro racers after a spell of dry weather and subsequent dry trails. 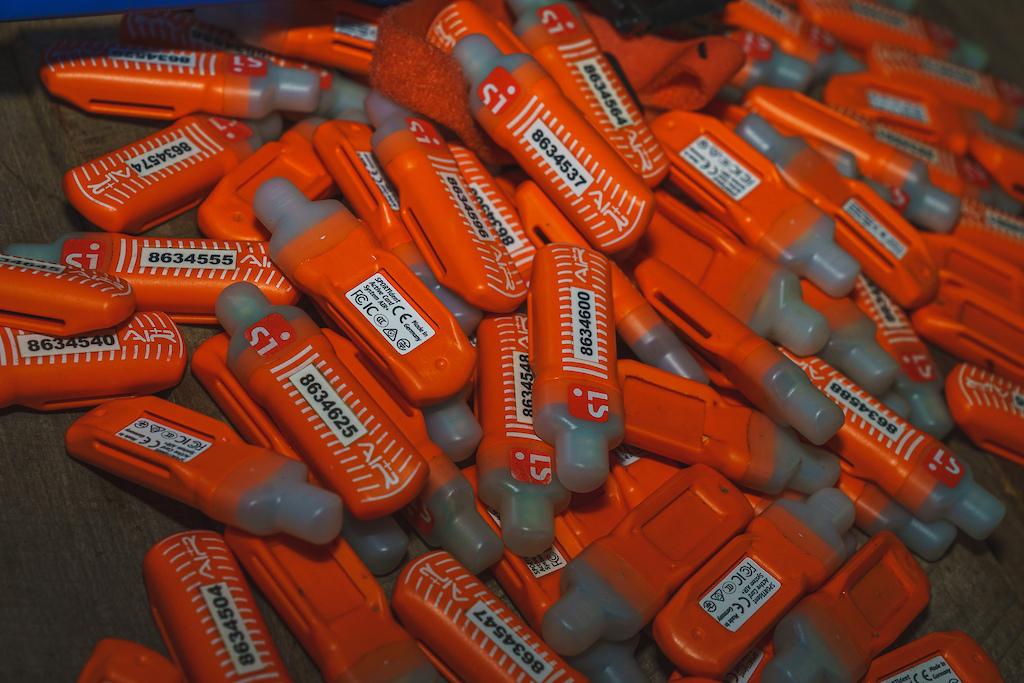 While it looks like plenty of timing chips, there were not enough to cover the waitlist after the event sold out several days after registration opened. A good problem to have. Photo: Korey Hopkins 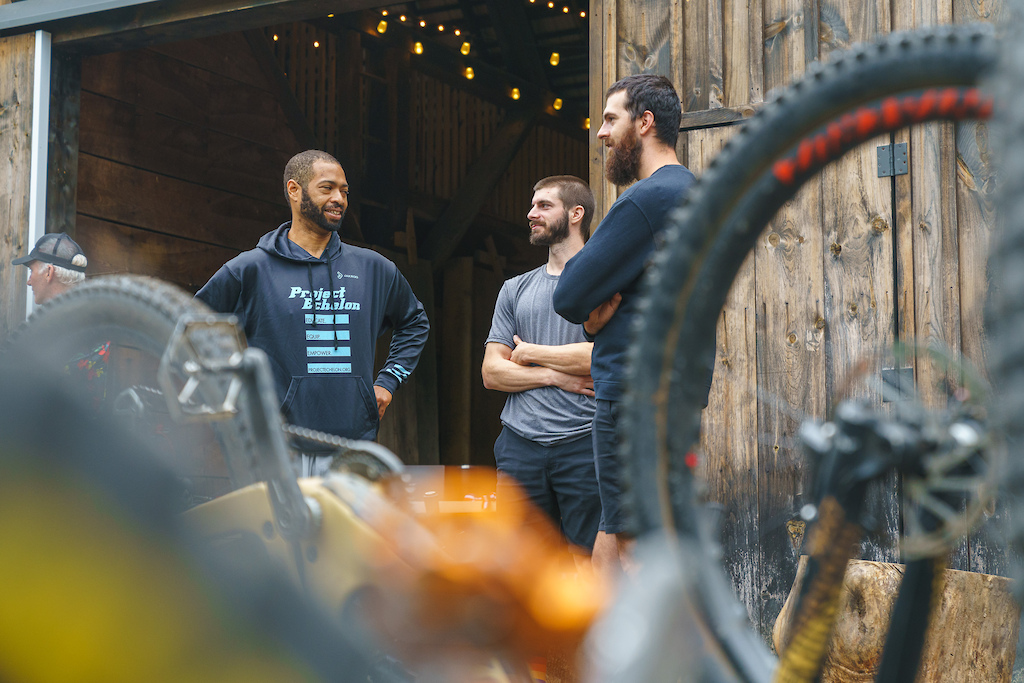 Racers discussing race strategies for the day. Or discussing which beer they enjoyed better from the sponsors. Who knows. Photo: Korey Hopkins 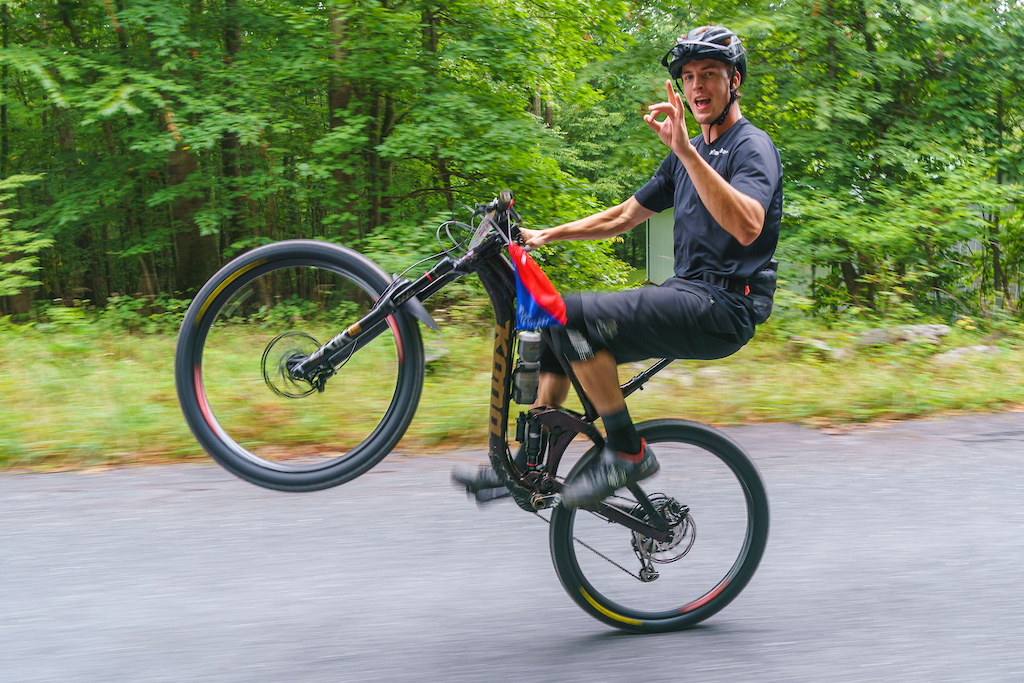 Wheelies are excellent leg openers before a long day of racing in the woods with friends. Photo: Korey Hopkins 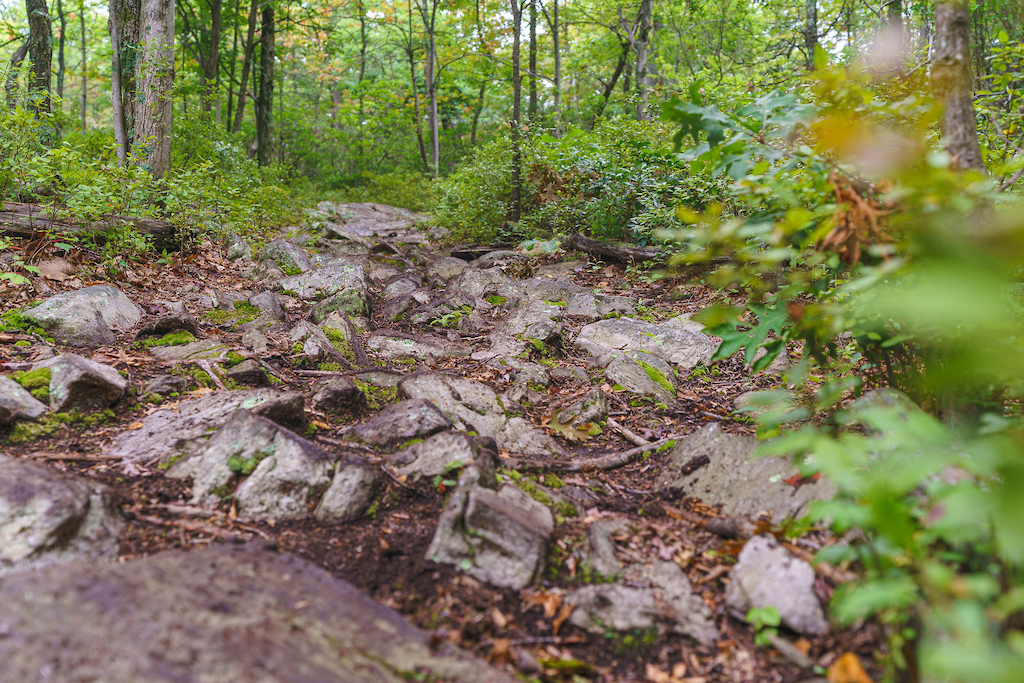 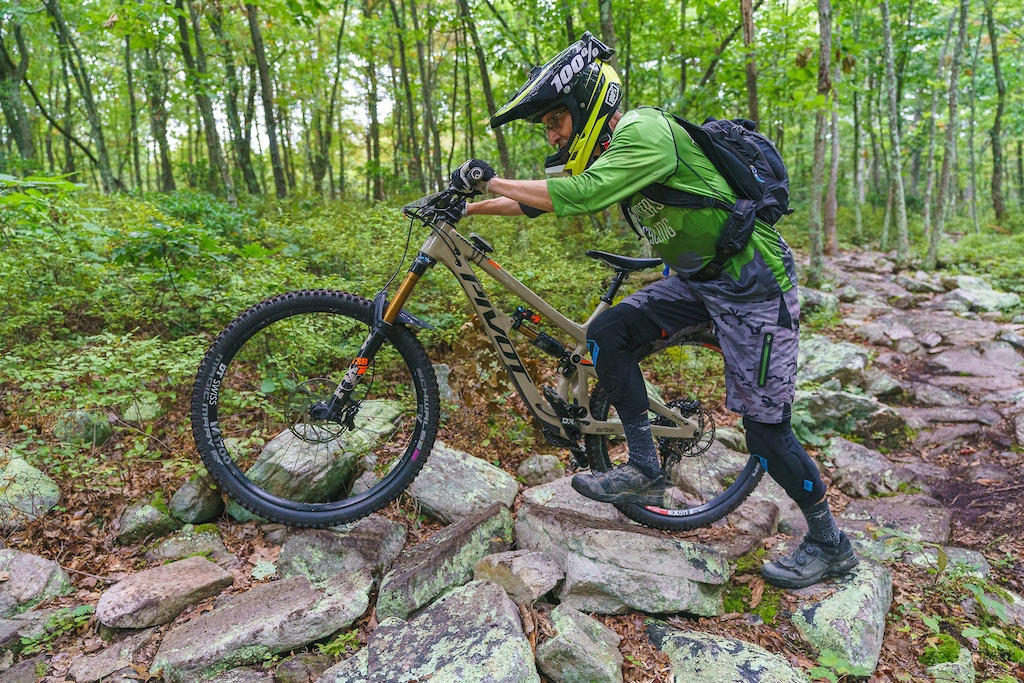 Overnight precipitation mixed with rocks, roots, and dirt would bring havoc to racers on stage one. Based on spectating and racer feedback throughout the day, I would be surprised if anyone rode it without dabbing. Photos: Korey Hopkins 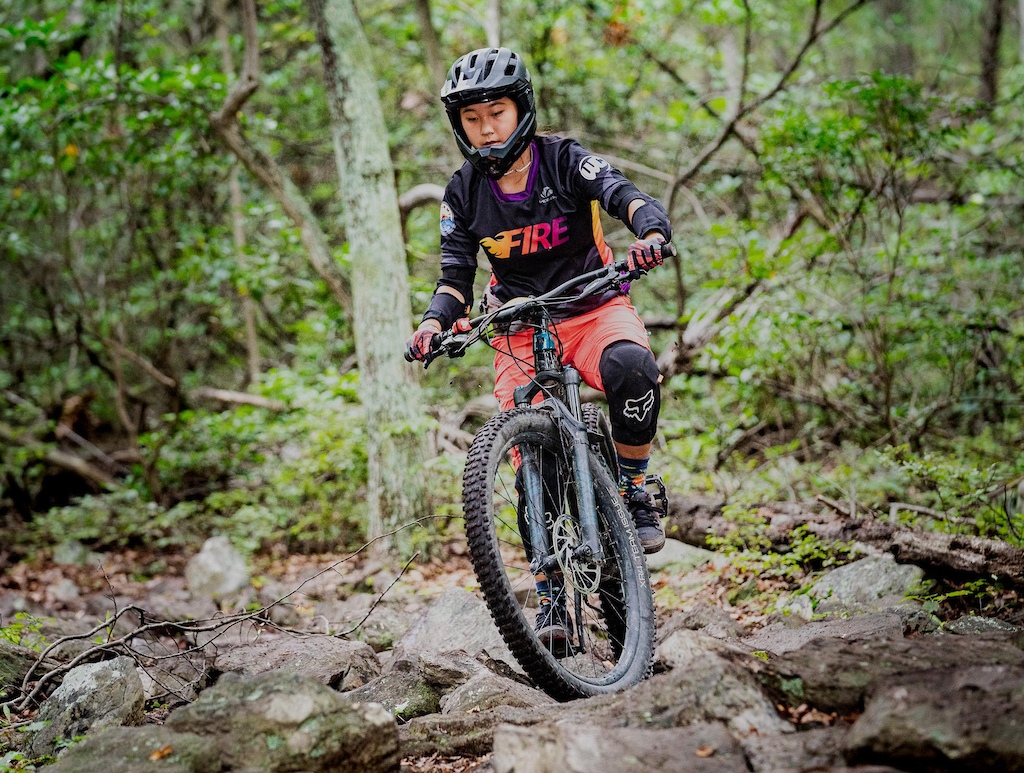 Even with being tractionally challenged, racers still did what they needed to get through the flat and technical rocks on the opening stage. Photo: Anupa Chacko 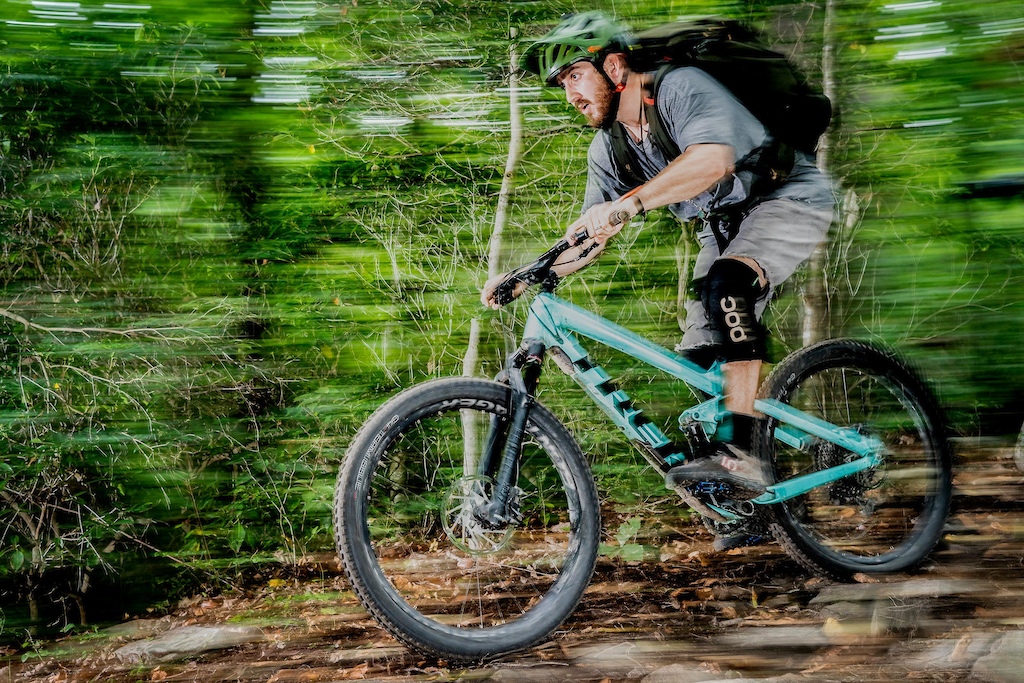 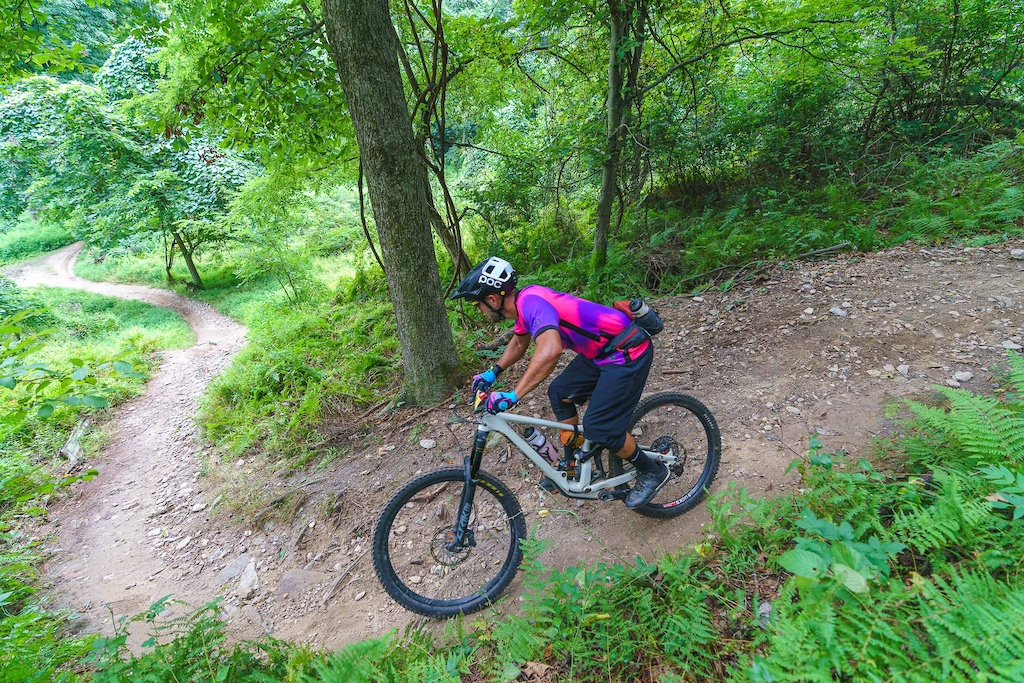 Some long flowy sections are thrown in to break up some of the techy rocks Photo: Korey Hopkins 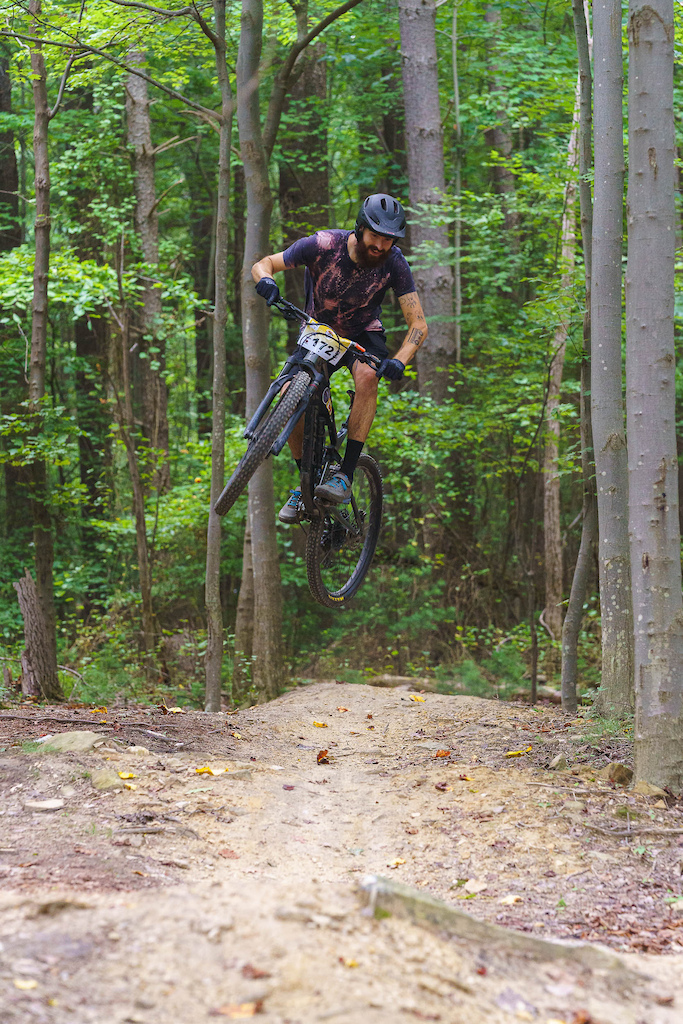 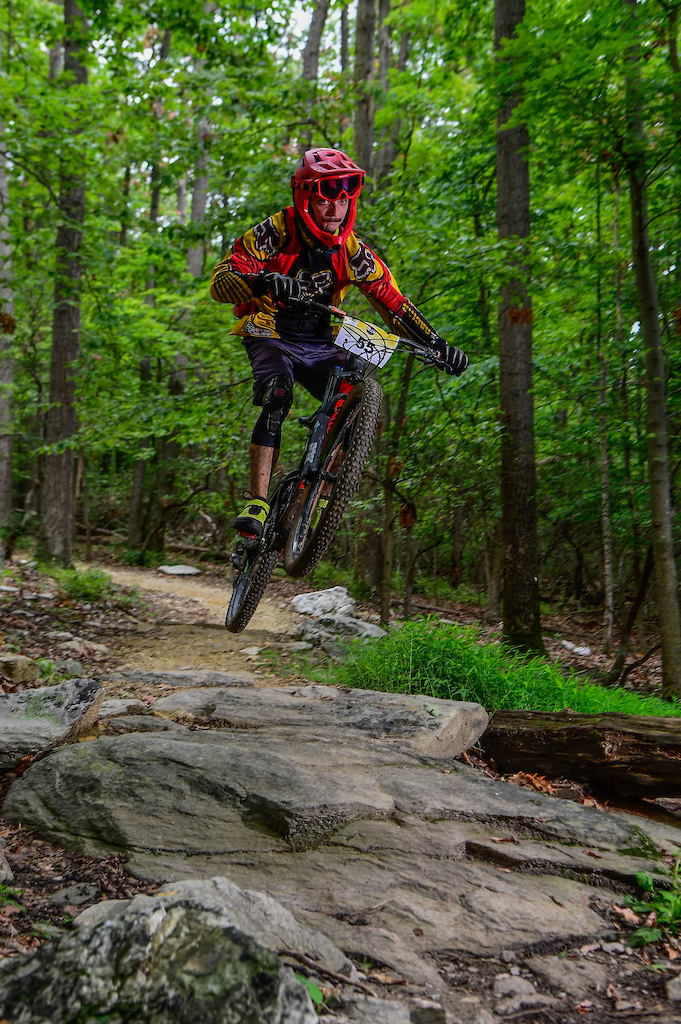 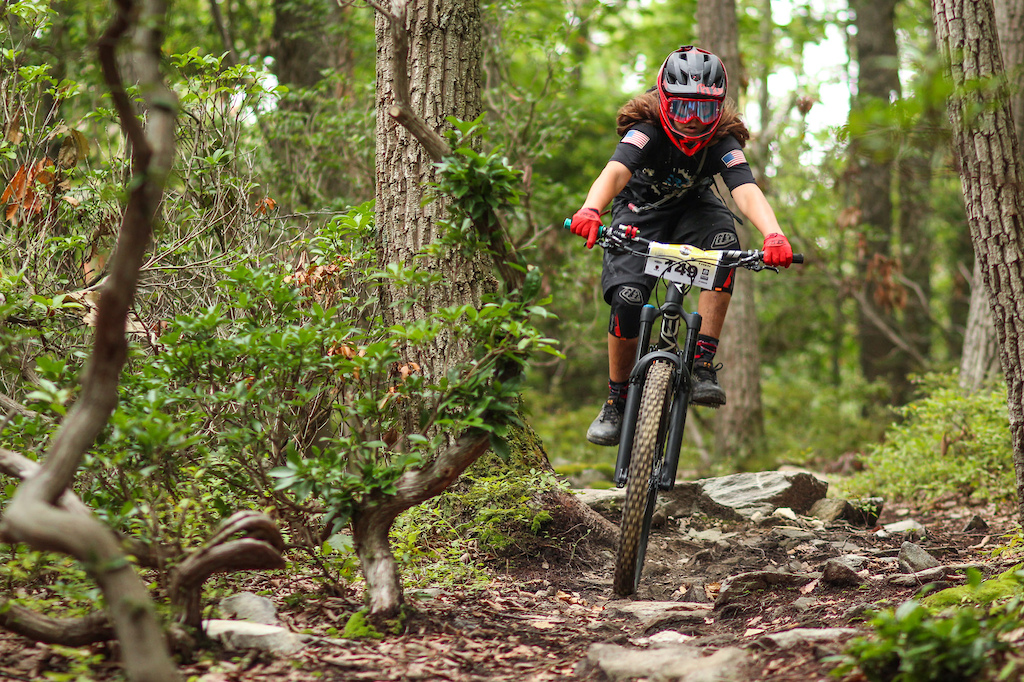 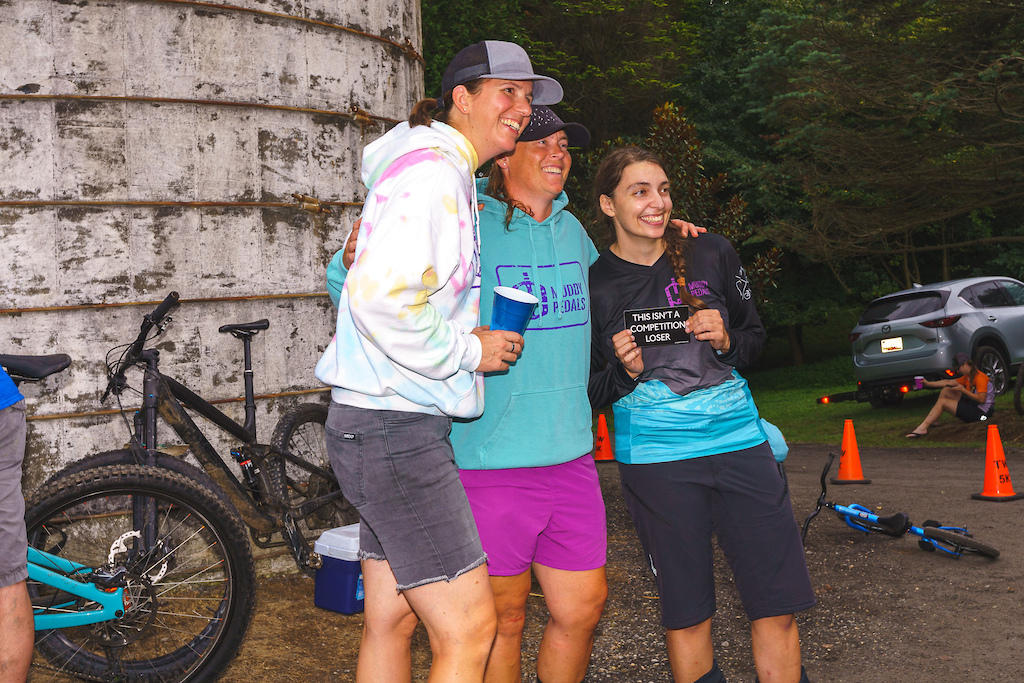 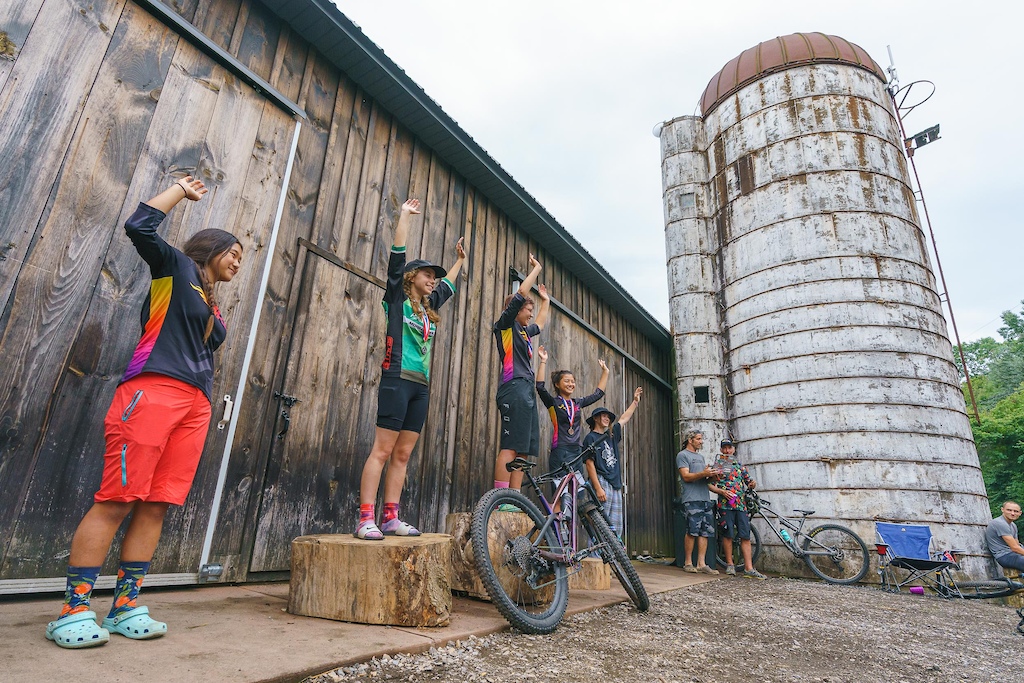 After a long day of sliding over rocks and roots, recognizing those at the pinnacle of their craft was required. Congrats racers! Photo: Korey Hopkins 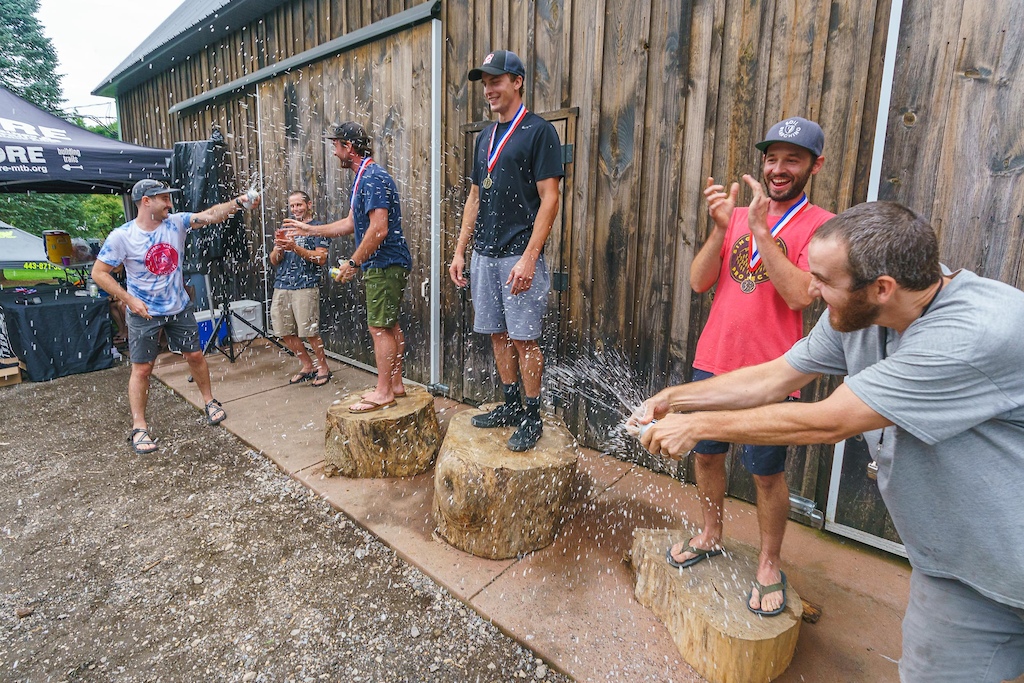 A bounty was placed on one of the stages for the fastest time of the day. Justin Gregory, runner-up in the open men's category, managed to snag the bounty and free beer shower. Photo: Korey Hopkins 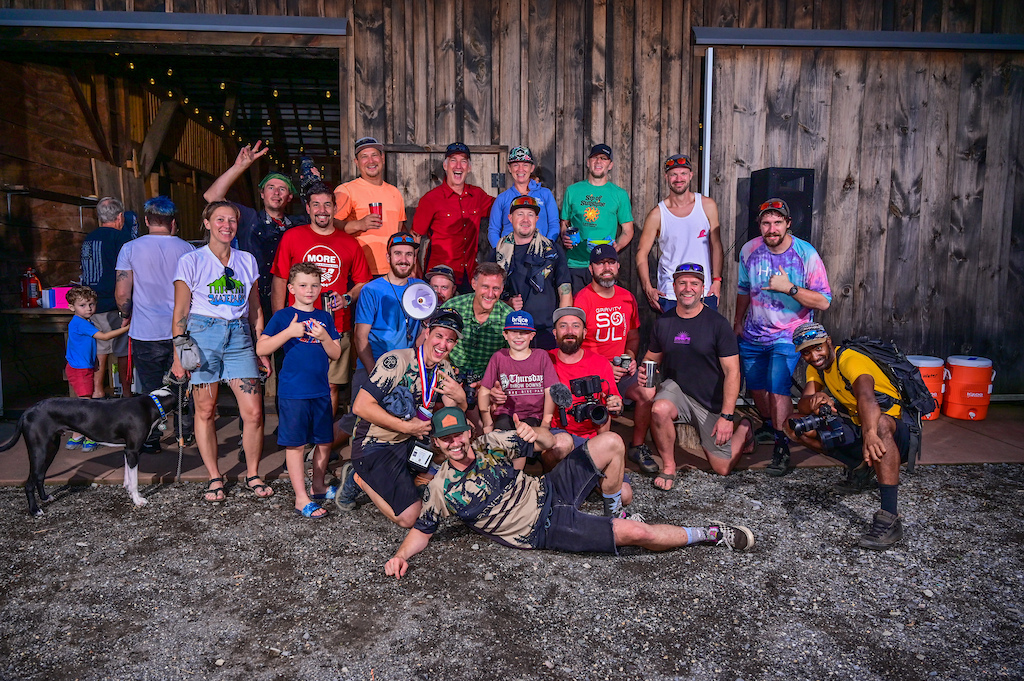 Local races like this would not be possible without the support of the community at large. It took years and more people than we have space to thank here that have helped lead the way to riding and racing on proper gravity tracks on public land here in Maryland. Pictured here are just some of the volunteers that happened to be hanging around the podium, but it is by no means a complete photo. Photo: Mike Anderson 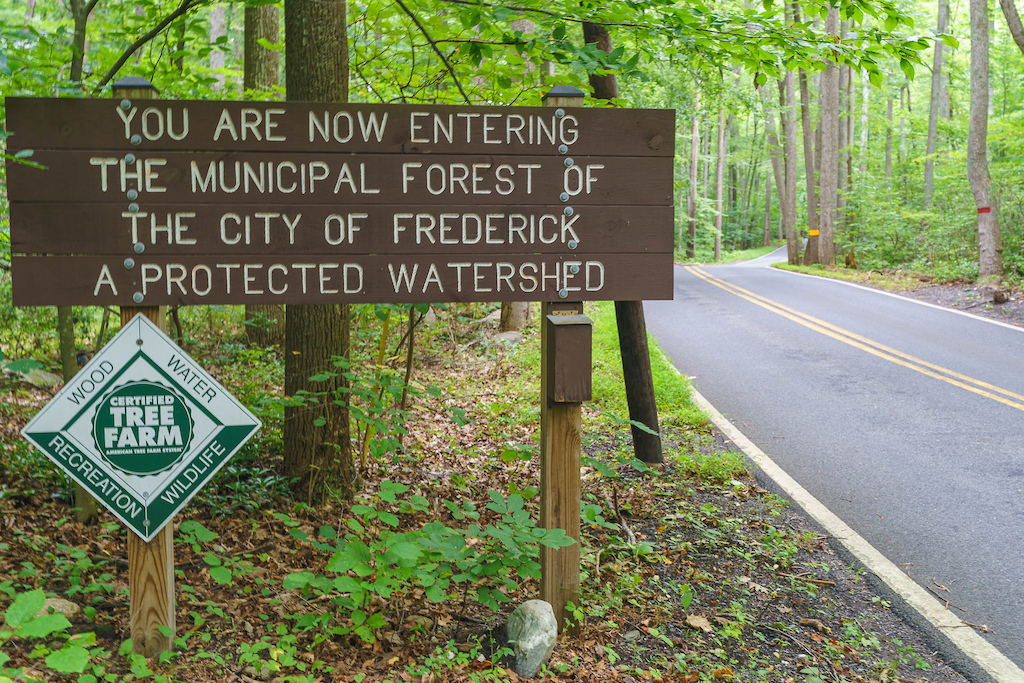 Big thanks to the sponsors of this event:

spokeapparel (Aug 25, 2021 at 15:18)
Sick time! Shout out to all involved in making this happen! Thank you Zane, Gravity Soul crew and to First Place photo and all photogs who documented literally everything - Korey Hopkins, Mike Seiter, Mike Render and so many more. Special thanks to Todd Bauer for the ever-present love of everyone and all things MTB and those killer burgers and dogs. And shout to our own Amy Leishear for coming out to represent for Open Ladies on MD soil! Still buzzing!

such an amazing day in the woods with the boys. history was made….

slugbait (Aug 25, 2021 at 20:29)
DH race winner should have gotten a hoe from Nigeria to be really legit. congrats on winning the second DH race at the shed! the first one was way underground and a few years before this trail ever existed.

IanJF (Aug 25, 2021 at 12:51)
The local IMBA chapter MORE has done an incredible job helping to make this area a rider's paradise.

DirtRoosterBicycles (Aug 25, 2021 at 17:08)
Thanks Bike Doctor Frederick for putting this on, and great job documenting it everyone! We had an amazing time! Can't wait for next year!