After building Pamplemousse, one of Squamish's new descents, James Ivory had an idea for a beer following the trail's grapefruit theme. He approached Howe Sound Brewing in the fall to brew a pamplemousse beer that could help fund more trail building efforts by James and his company, Ride BC. Howe Sound was on board right away. The brewery is a long-time staple of Squamish, and it employs a bunch of mountain bikers, including head brewer, Peter Charles. They tested a number of recipes and ultimately settled on a pale ale using grapefruit peel, to bring out a subtle Pamplemousse flavour that would go down smooth after a ride. 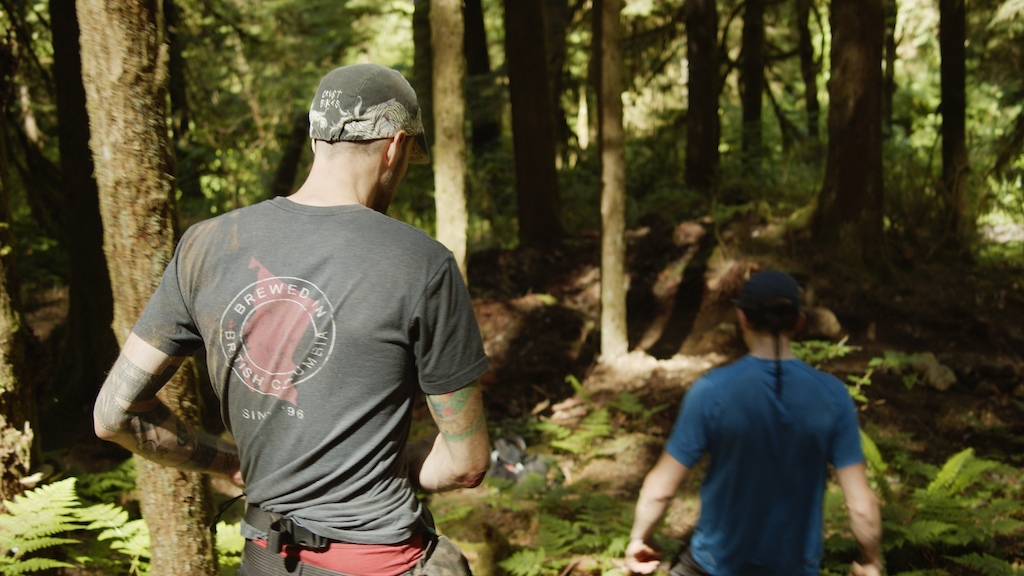 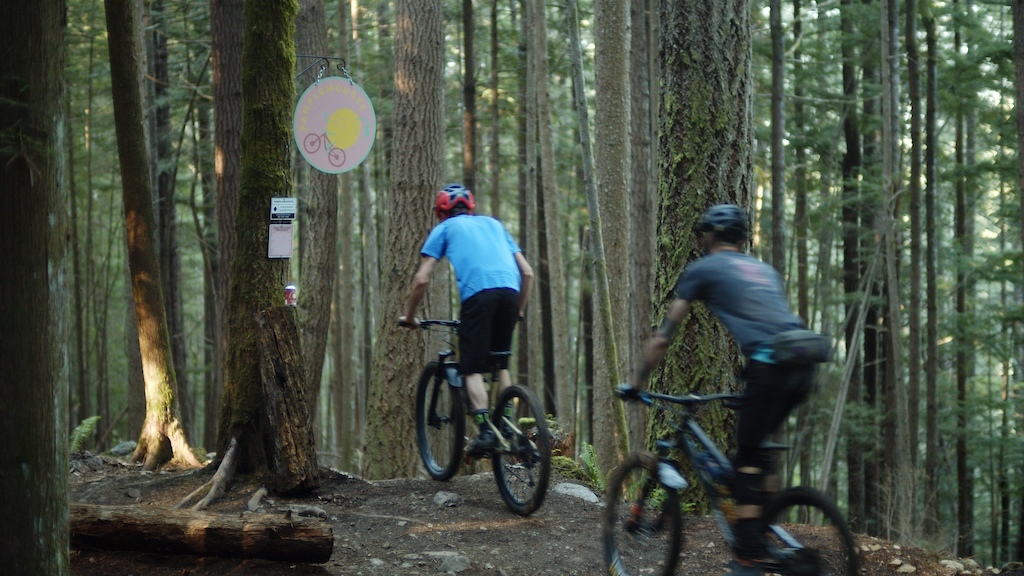 James and Peter first met at a SORCA trail day during the construction of Pamplemousse.
Pamplemousse was built with more than 3400 hours of volunteer labour over the course of 2.5 years. James thinks that, as the owner of a company that operates on Squamish's trails, it's important to give back to the trail network that gives us so much. Whether that's new trail construction, maintenance or advocacy. Ride BC commits 2 hours of volunteer trail building per day of operation on the trails. 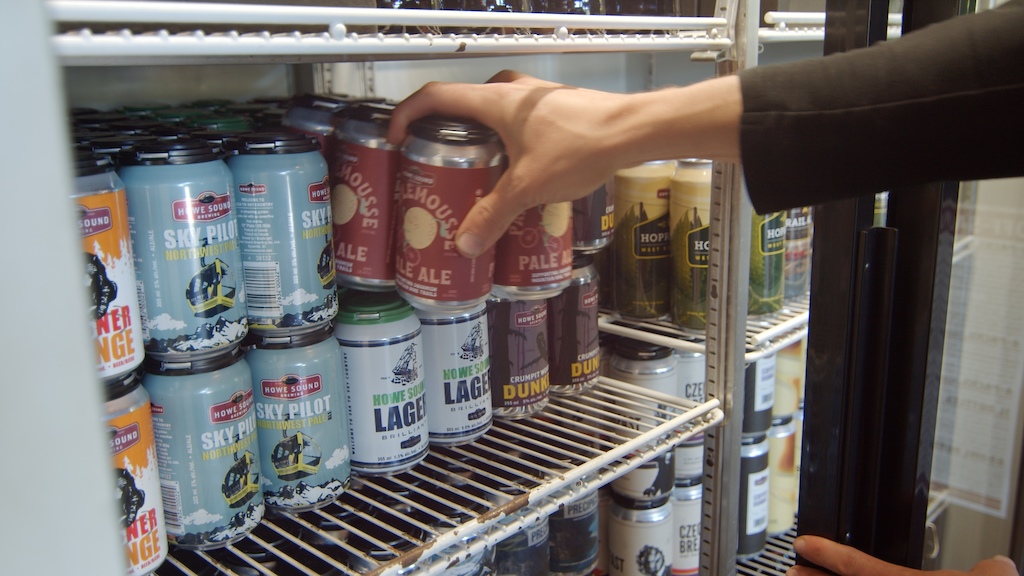 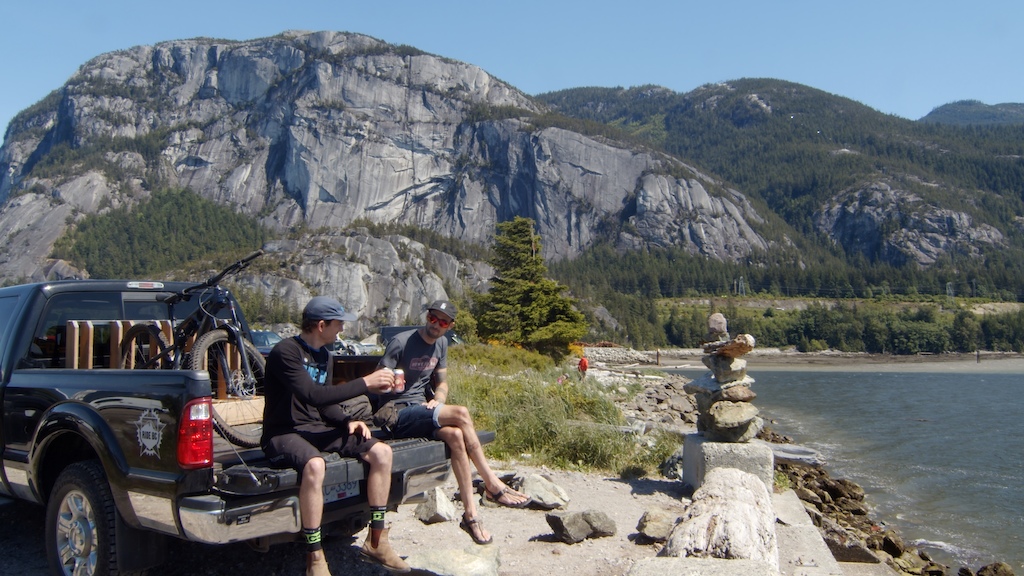 Pamplemousse Pale Ale is available today at the Howe Sound Brewery and select liquor stores in Squamish.
$2 from the sale of each six-pack of Howe Sound Pamplemousse Pale Ale will go to Ride BC to pay wages for trail building by James and his crew, on top of Ride BC's 2 hours per day volunteer commitment. Ultimately, this means James can afford to spend more time and energy keeping Pamplemousse in top shape, and building additional trails for everyone to enjoy.

Aside from drinking this delicious beer, be sure to get your SORCA membership and continue to support the hundreds of volunteers out on the trails every week!

Tweet
Must Read This Week
A Complete Timeline of Coronavirus' Effects on Mountain Biking [Update: US Open of MTB Cancelled]
140326 views
Behind the Numbers: 5 Trail Bikes Compared
60214 views
Video: ReTyre is a Modular Tyre That Lets You Zip on the Tread You Need
54550 views
Cannondale and GT to Reject Traditional Mid-Year Model Structure
51246 views
Santa Cruz Bicycles Releases Mixed Wheel V10
43022 views
Ridden & Rated: 13 of the Best Dropper Posts
42480 views
Yeti Cycles Will No Longer Use the Term 'Tribe' in Marketing
42053 views
The Best Tech From EWS Races on the British Isles
40904 views

RideBCsquamish (Jun 7, 2020 at 9:08)
Thanks for posting Pinkbike! Great time filming with @PeterWojnar and Howe Sound Peter. So stoked to have this launched. Beers already pack in the cooler for today's ride

rrolly (Jun 7, 2020 at 6:49)
I hope I can find this at my local stores. The last Whistler Brewing MTB didn't show up in the Surrey/Langley area that I could find.

Sshredder (Jun 7, 2020 at 9:58)
The pizza at Howe sound brewing perfectly compliments the amazing selection of craft beer to choose from. I like the Nut Brown Ale as I'm a bit of a nutter on the slabs.

gregmowat (Jun 7, 2020 at 15:19)
All new mtb ttrails need a new beer lanuch to coincide with their introduction to the pubic. I like how thinks are changing, Beer and biking fit together so good,