Gackt sarahmoore's article
Nov 21, 2019 at 7:46
Nov 21, 2019
Sendhit Announces Stanchion Scratch Repair Kit
I appreciate what you mean, but what could be suggested as an alternative?

Gackt jamessmurthwaite's article
May 5, 2019 at 15:17
May 5, 2019
Randoms - Bespoked Show 2019
@bonfire: Well, I can't argue with that. It's pretty shocking that those guys managed to puncture their casings. Did Pinion have anything to say about that, and did they replace them under warranty? I have heard good things about the Eagle stuff. If I had to only ride traditional drivetrains for the rest of my life it's be no great hardship, but I find the negatives of them irritating. When the running perfectly their great, but my experience with them is that they're temperamental to conditions and getting knocked, so that great initial performance is not consistent. I think part of the reason I don't mind the idea of gearboxes is that I'm not a high performance rider and I'm not particularly fast, either up or down. I'm a heavy dude, and climbing always sucks, so the extra weight and friction isn't going to make much more worse, and I feel like the extra weight low down could help make the bike feel planted.

Gackt jamessmurthwaite's article
May 4, 2019 at 17:40
May 4, 2019
Randoms - Bespoked Show 2019
@bonfire: There're definitely compromises, just as there are with derailleurs. I think it's more of a case of choosing which compromises you can live with whilst enjoying the benefits of either system. Out of interest, what was the Pinion bike you've ridden and for how long, or how often? I think getting the real measure of a component or a bike or something can take several months of ownership and use. That's not to say that you opinion is in anyway invalid. You've had hands-on experience, which is more than the majority of people have had. I have no idea on the inner workings of either gearbox, but just because they do the same thing, doesn't mean they do it in the same way. A solution that works for one isn't automatically going to work for the other. Electronic shifting would definitely be possible, but if it's as simple as you're implying then it's likely they would have done it by now (they could well be working on as we speak, though). With all the resources and expertise at their disposal, it still took Shimano and SRAM years to get to the point to where they were able to release a viable product. I'm sure that's true. I certainly haven't. I've always loved the idea of gearboxes, but I've no idea what the reality of living with one is like. The same could be said for gearbox opponents, though. I think people on either side of the fence are talking in pretty definitive terms without the experience to support it. Again, if it was as simple just throwing an Alfine into a gearbox casing, they likely would've done it already. It might be better to say "X seems like a better, simpler idea; why don't they do that?" rather than "They should just do X, it's easy".

Gackt jamessmurthwaite's article
May 4, 2019 at 12:31
May 4, 2019
Randoms - Bespoked Show 2019
@bonfire: why is it "100% the best option", and how is it easier? Easier for the rider? Easier for R&D, easier for production, easier for cost? If it was really that easy, wouldn't Pinion have gone with that option originally? Wireless electronic controls have only recently become available/viable options, and Pinion has been around for, what, ten years? Also, a large portion of the MTB community is notorious for it's dislike of gearboxes, new technology and increasing prices (at least it seems that way from comment sections), so would Pinion be likely to add new tech and cost to their already premium niche product? Don't get me wrong, the idea of wireless shifting on a gearbox sounds awesome, but I don't think the process of producing it is as simple as your comment implies.
Load more... 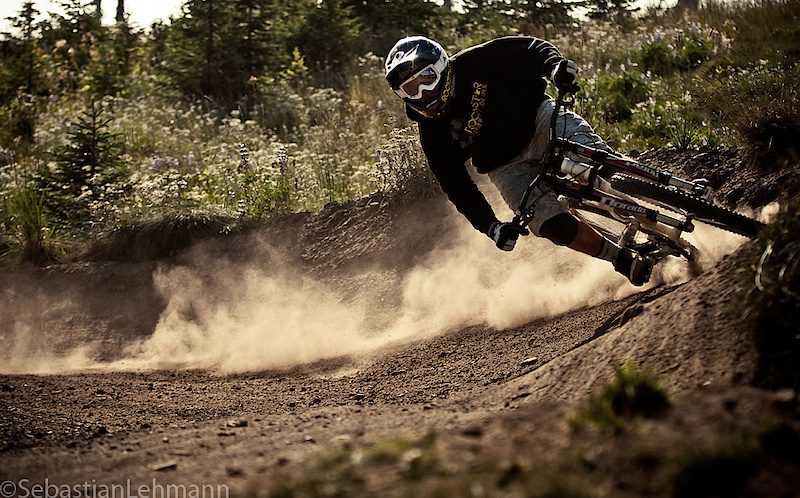 Video: A Journey Through the American West with Mike Hopkins
15 Jan 2013