axcooper sarahmoore's article
Jul 27, 2021 at 14:33
Jul 27, 2021
6 Things We Learned from the Tokyo Olympics
Regarding #2: Catharine Pendrel went into London 2012 leading the World Cup standings and was a favourite to win and even was subject of a campaign to be Canada's flag bearer at the opening ceremonies. She finished 10th. Four years later, she wasn't expected to podium, but pulled off a bronze despite crashing very early in the race and having to pass lots of riders along the way.

axcooper jamessmurthwaite's article
Jul 26, 2021 at 8:24
Jul 26, 2021
Tom Pidcock: "I Didn't Feel Good but Everyone Just Told Me No One Will Feel Good"
This race is once every four years and is the only time you'll get national media attention for mountain biking. It's a huge showcase for athletes in fringe sports and success at the Olympics can mean some good profile and endorsement deals.

axcooper steelheadmarketing's article
May 13, 2021 at 11:12
May 13, 2021
Video: A Short Film About Discovering One's Own Backyard with Casey Brown, Georgia Astle & Micayla Gatto in 'The Back Forty'
@makripper: Technically, you can go to PG as Interior Health and Northern Health are part of the same zone.

axcooper edspratt's article
Mar 21, 2021 at 20:48
Mar 21, 2021
Video: A Month-Long Cycling Adventure Across the Frozen Lake Baikal
I got to ride with Iohan (The Bike Wanderer on YT) for a couple of days and it wasn't too bad. He was pretty quick at whipping out the GoPro or mirrorless camera for a quick shot. And we were riding at elevation in the Peruvian Andes, so any excuse to take a break was welcome. He did a little pissed when I rode away before he was set up for a drone shot once. Keeping gear charged was an issue, but hotel rooms were really cheap and it was rainy season, so I didn't mind that part. I see he's now touring with a solar panel to keep all his toys charged. Edit: I should note that there was a third guy along for that part of the ride who was also doing some filming, so there was less need to set up self-shots. 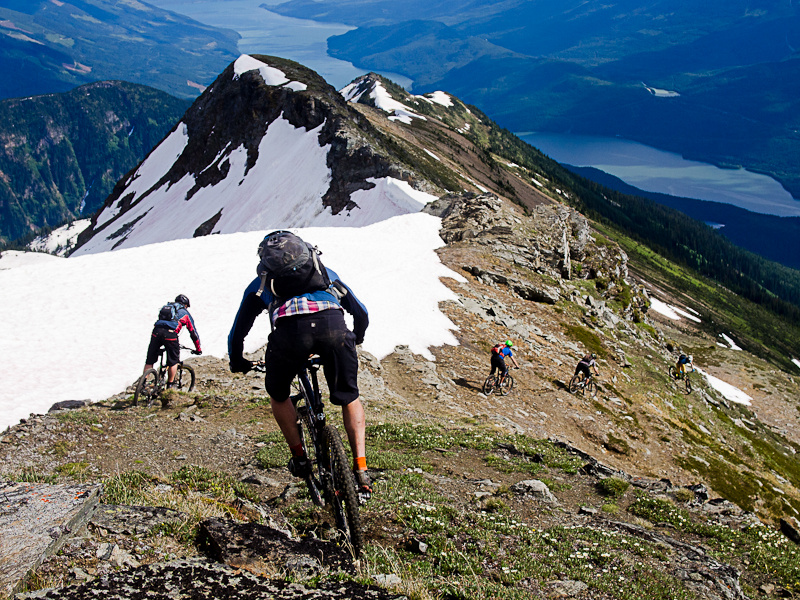