bradscholl scottsecco's article
Feb 6, 2018 at 16:59
Feb 6, 2018
Movies For Your Monday
@scott-townes: Clearly you know us and our creative integrity. You also clearly disregarded the fact that I listed where else inspiration came from for this project, Lapse is included in this list. Just here delivering you free content for your own enjoyment.....sorry for "ripping off" a style of film that has been done for so long outside of the riding community.

bradscholl scottsecco's article
Feb 6, 2018 at 14:32
Feb 6, 2018
Movies For Your Monday
Thanks everyone for the feedback. Yes, inspiration was drawn from Revel Co. Yes, the vibes and feels are similar. Lapse is a f*cking awesome short, I will never deny that and it certainly left an impression on many viewers (including myself) - massive props to Revel Co. for creating such a lasting piece in an era when these videos are so disposable and rarely rewatched. Labeling our work as a rip off due it's moody visuals, moody music, and a voiceover is counterintuitive of creating good quality content. Inspiration is drawn from many different places and comes in many different forms, I also drew inspiration from Valvolines "Never Idle" campaign, quasar science's instagram page, Joe Simon....really the list goes on and on - happy to show anyone who questions this our moodboard. Lapse was on our inspiration list, and it ultimately guided us in a small way, but our context, subject matter, shot list, and techniques are entirely different than those used in Lapse. I'm open to hearing what else is similar other than the three things I pointed out are. This is not a new genre of film and it will be replicated, recreated, reimagined, and reworked in the future - that is really all art is.

bradscholl officialcrankworx's article
Jan 24, 2018 at 10:35
Jan 24, 2018
The Brett Rheeder Story: Working Towards the Triple Crown of Slopestyle – Video
Brett's the man. I had the pleasure of working with him when he was just becoming who he is now. He's driven, puts in the time, and has his eyes on the prize. Congrats Brett on your success, cannot wait to see what the future holds for you!

bradscholl bradscholl's article
Jan 24, 2018 at 10:30
Jan 24, 2018
Brayden Barrett-Hay’s ‘FEARS’ is an Absolute Banger - Video
@siderealwall2: Thanks for watching. Just as an FYI, Brayden is far from a "Cat 2 racer", he competes globally on the FMB circuit and has for years. He's had a few career setbacks, but as you may have seen from this video he's still pushing is own limits. As for message, my overall goal for this film was to demonize his fears while showcasing the power/choice people have while overcoming these fears. This has a deep meaning to both Brayden and I, and hopefully it will register with people on various levels, either bike related, career related, or personally. I am sorry it did not register with you. Finally, I respect the hell out of Brandon & Rupert, they have pushed this type of genre into the action sports world and have done so with great success. We drew some inspiration from Revel's work, and other non bike related videos that live online. Take a look at Valvoline's "Never Idle" campaign - we drew a ton of inspiration from this as well - through the visuals and the story telling. 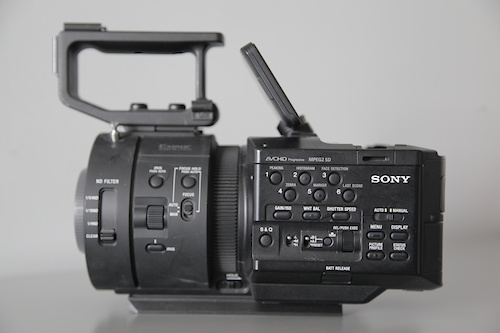