The amount of fun you can have for £20 or less aboard rusty, unwanted children’s bikes is phenomenal. You’re going to crash a lot, and you might be bruised the next day, but the challenge of trying to master a tiny bike down the simplest of trails is a sight to behold. After the success of our 1st Mini Bike Special in 2020, Volume 2 is here and I’m pretty sure this is an annual tradition now. So take a look if you want a laugh this Christmas - as our sides split with laughter filming this. Enjoy. 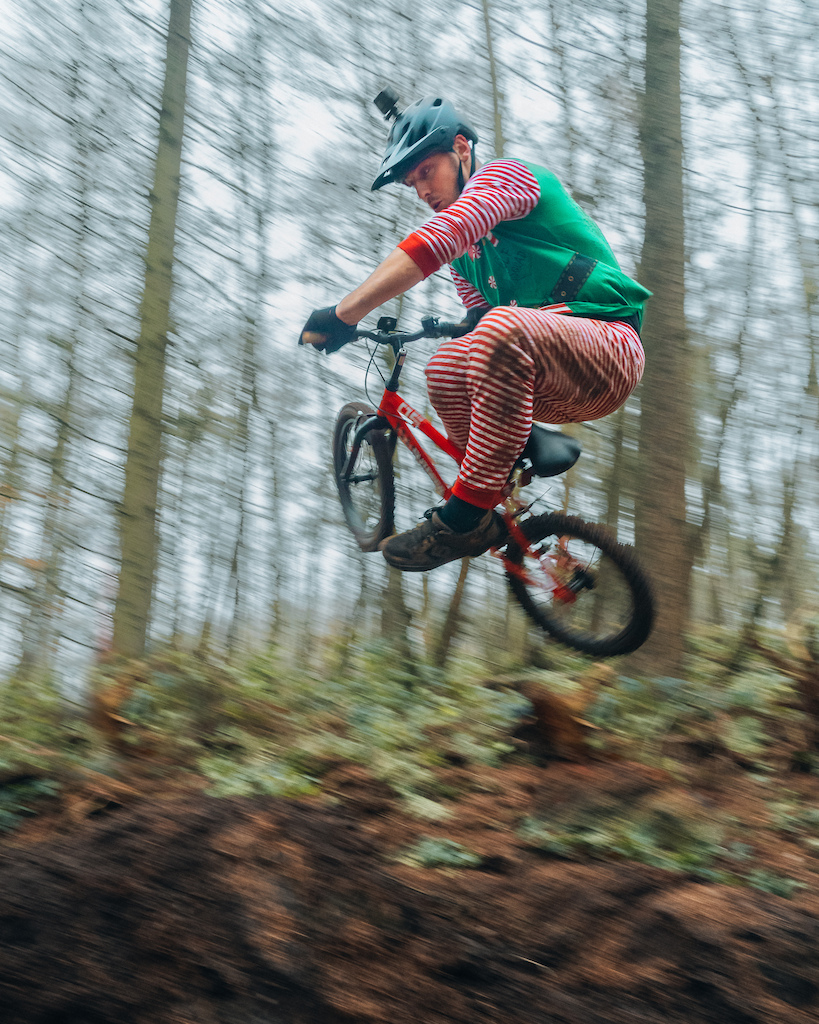 Jonny the elf. He actually did bad ligament and ankle damage late in the day. Committed to the cause. 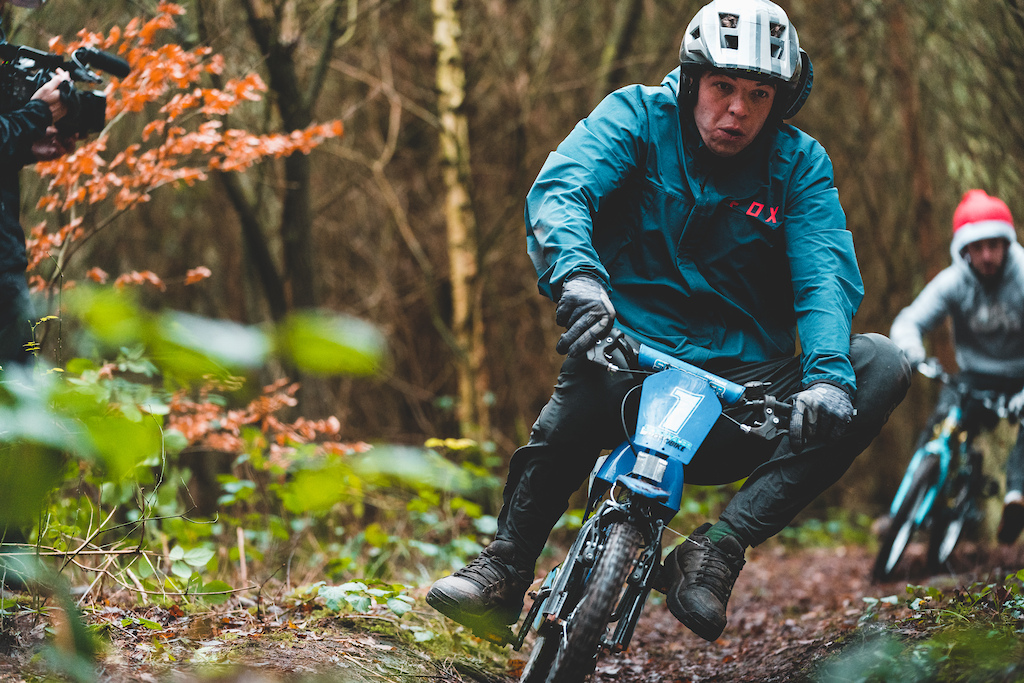 Sheppo on a mission aboard the mini MX bike. 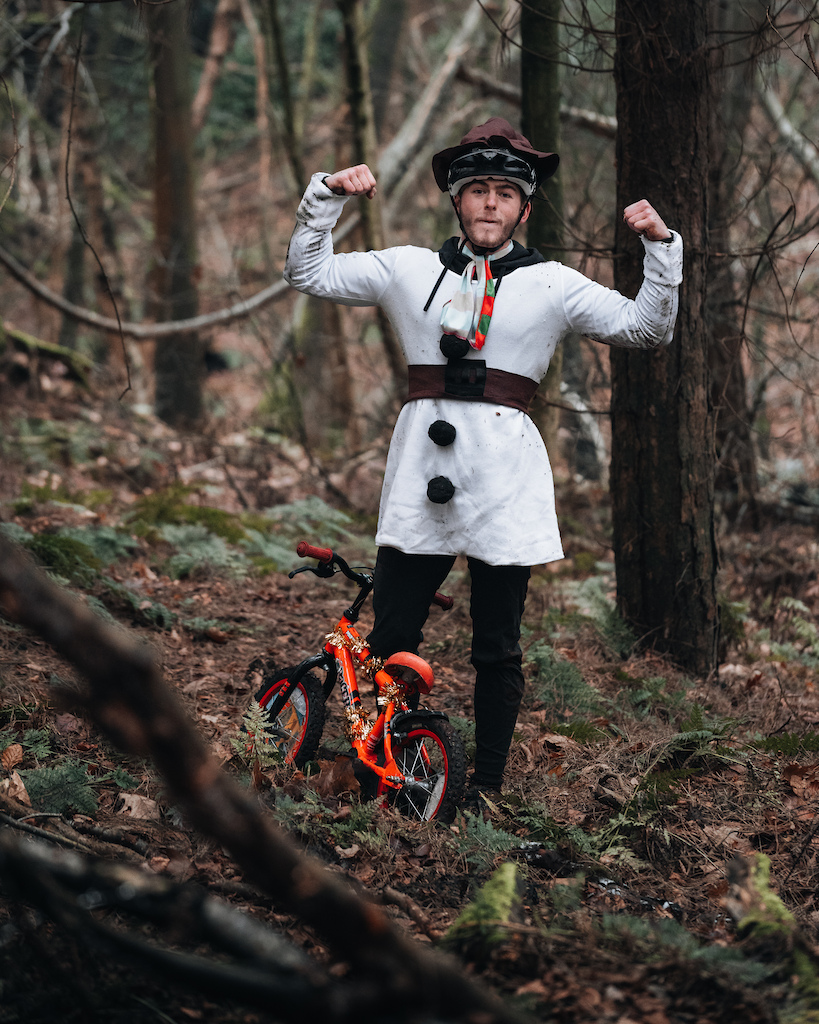 Jimmy the snowman went all in. Loves a send this lad. 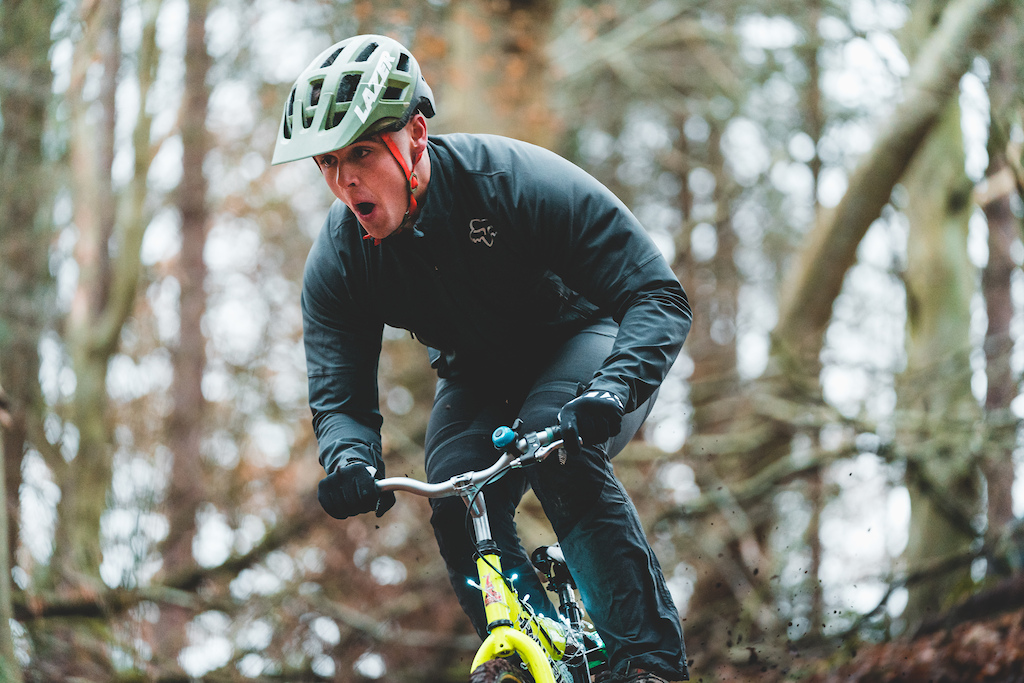 Jord having a riot before he burned his arse sliding down a fire road. 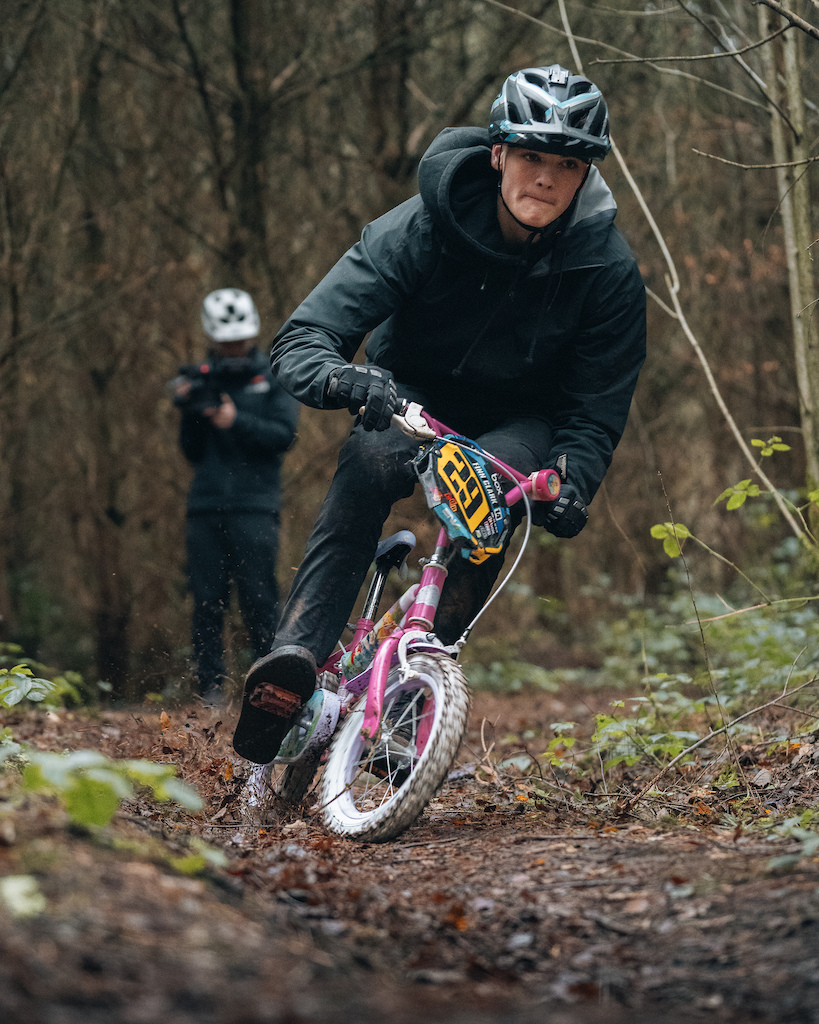 Finn trying his best not to fully blow off the back of the bike. 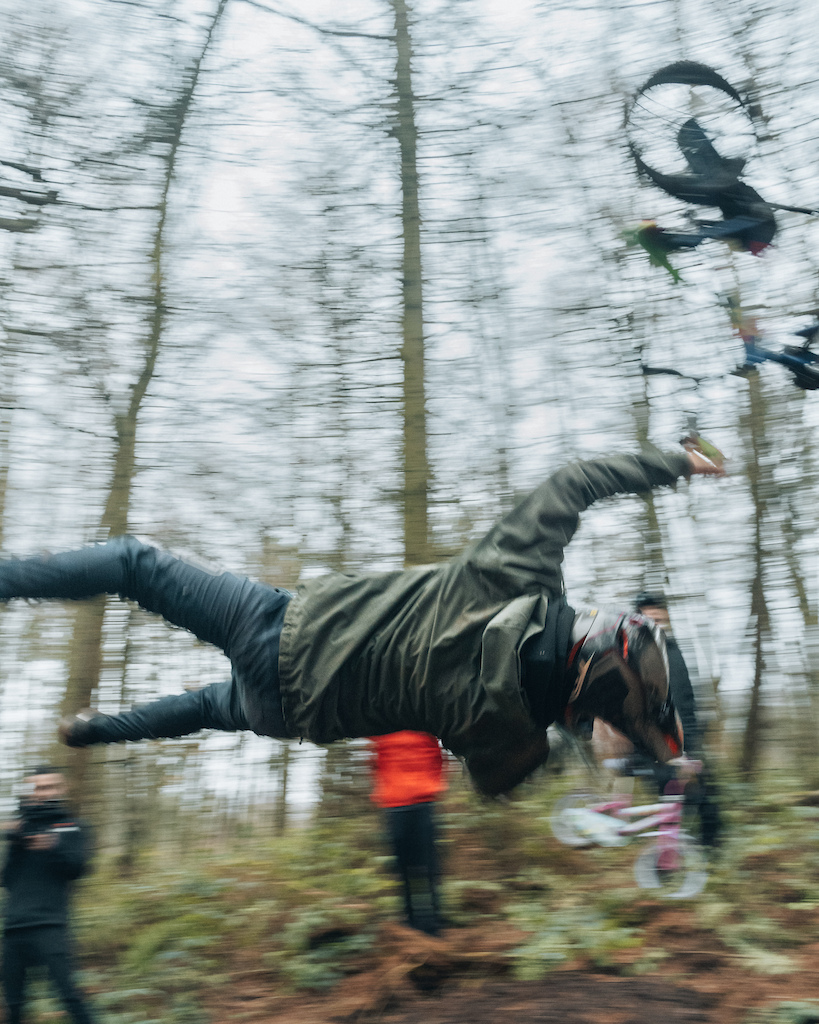 Chug will flip anything, or at least try. 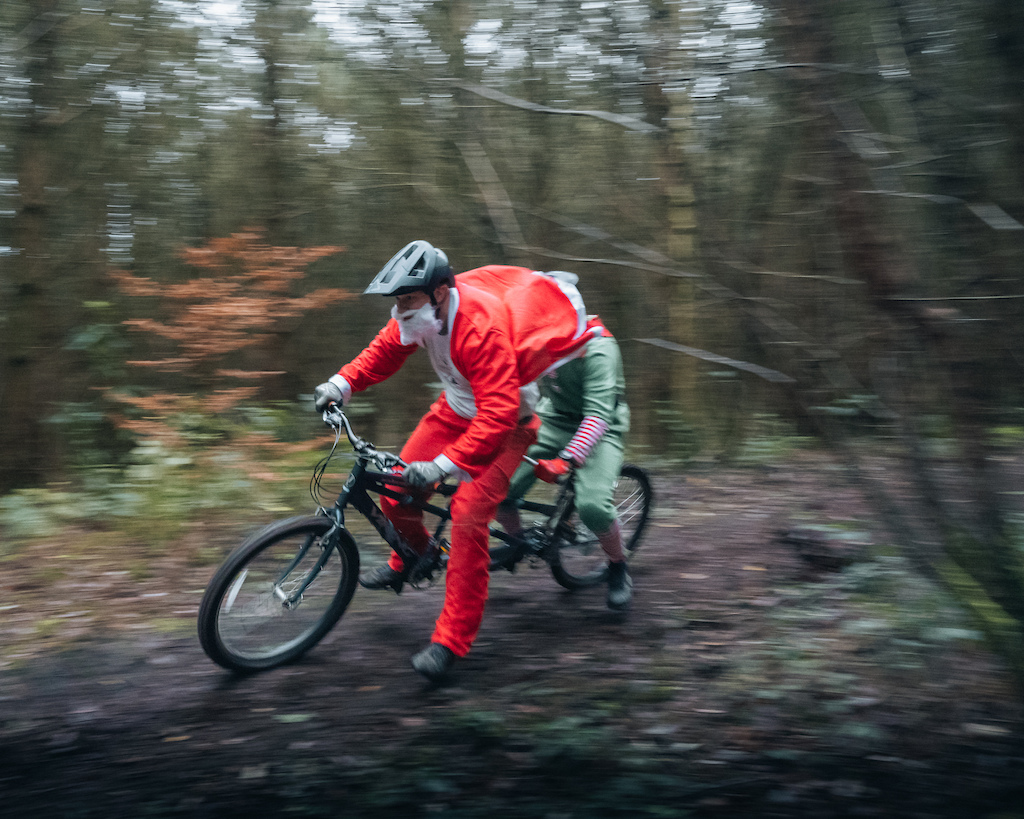 Santa and his right hand elf on the way through to round up the miscreants. 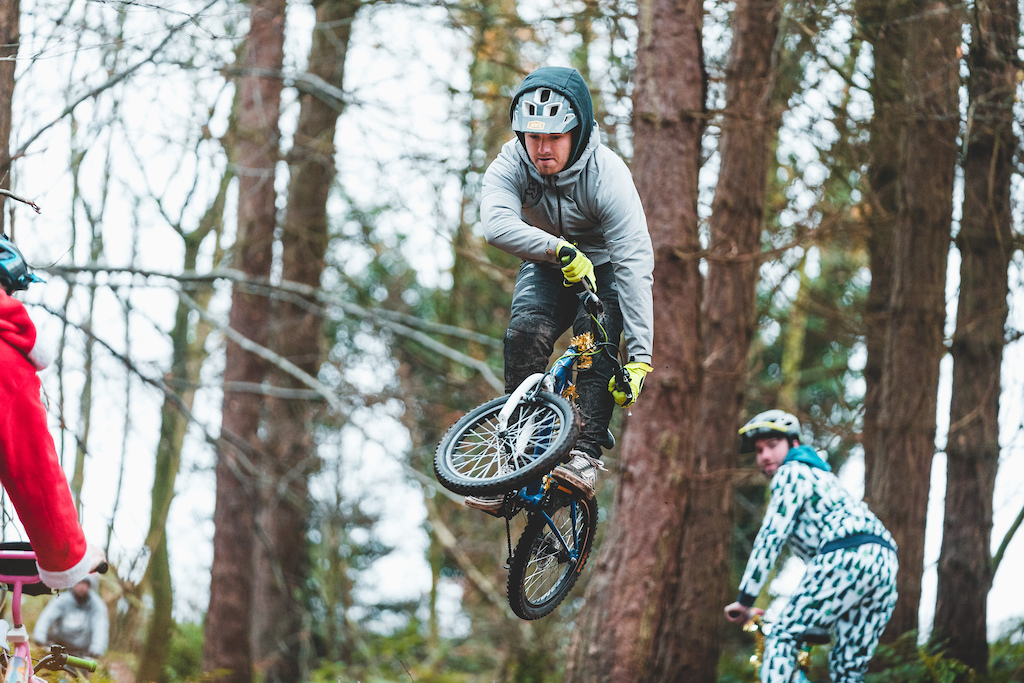 Robbie on the steeze (aka Pinned Media). 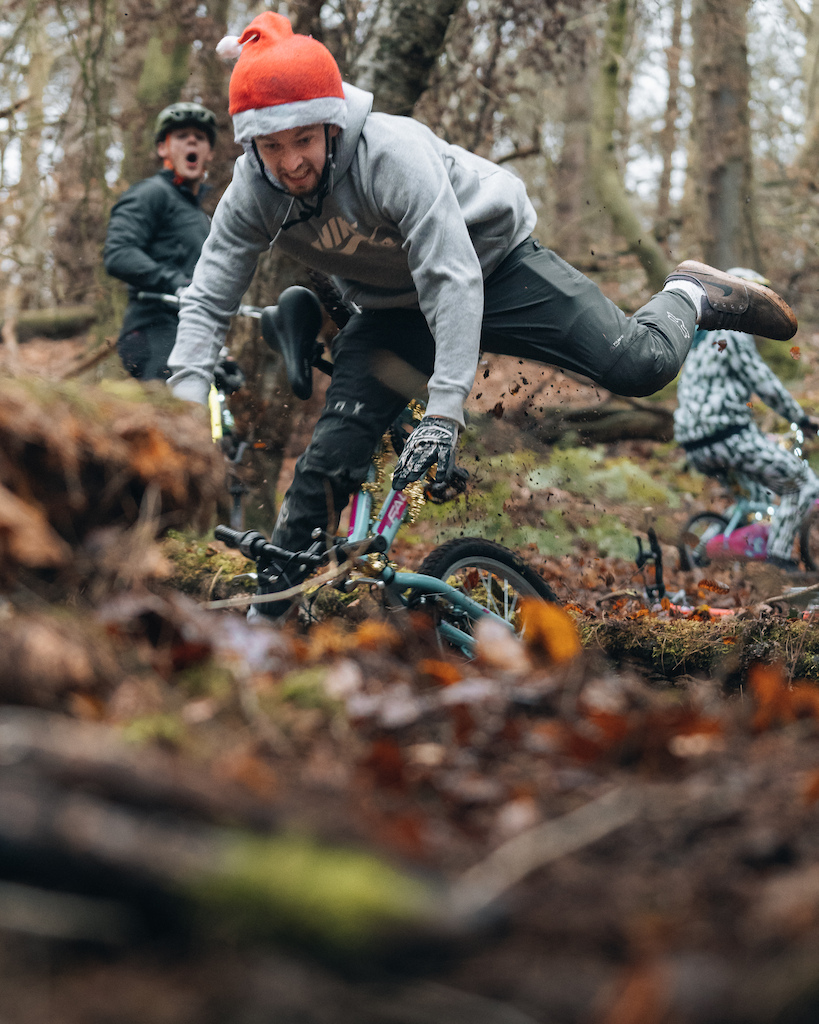 Dave head first into the loam. He looks quite happy about it though. 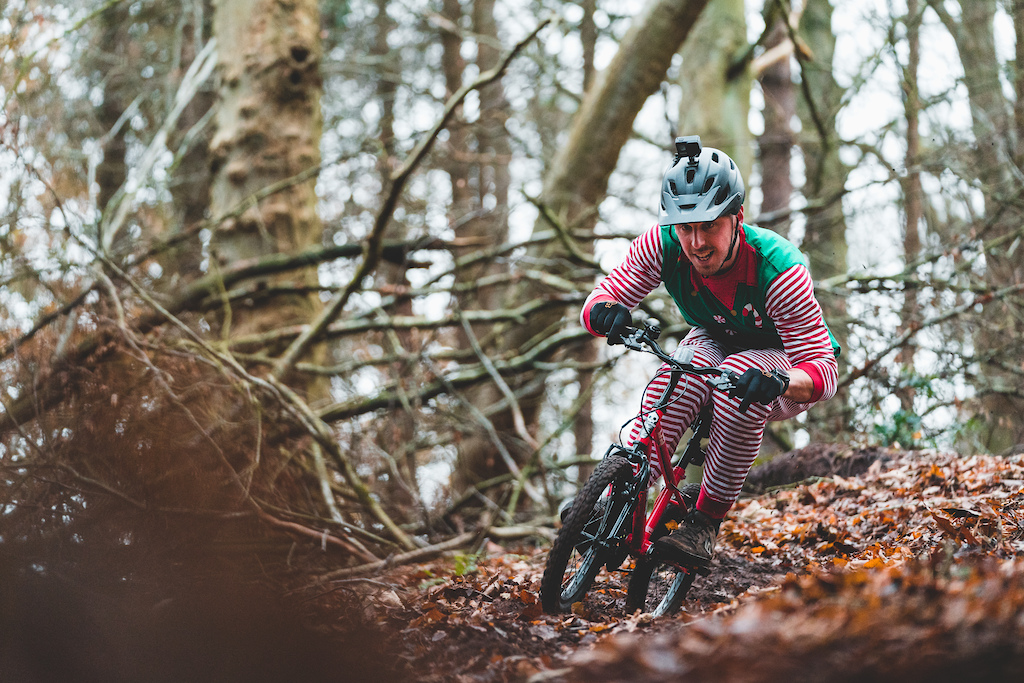 Man of the match. 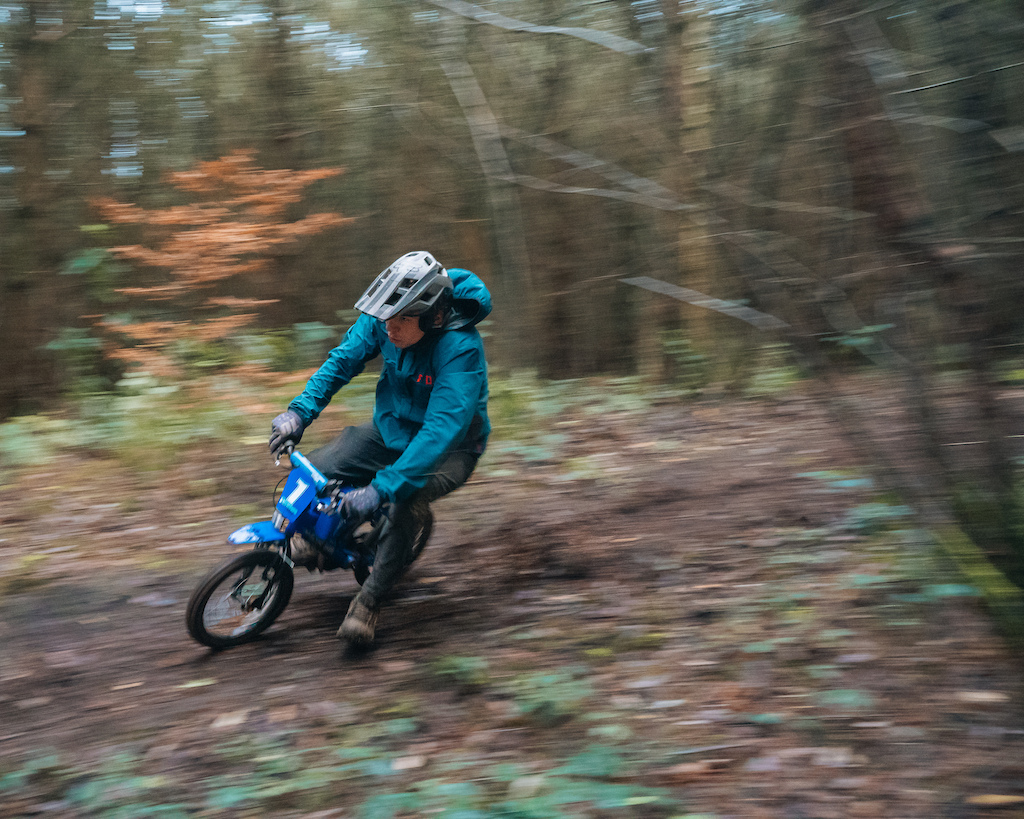 Foot out, flat out. 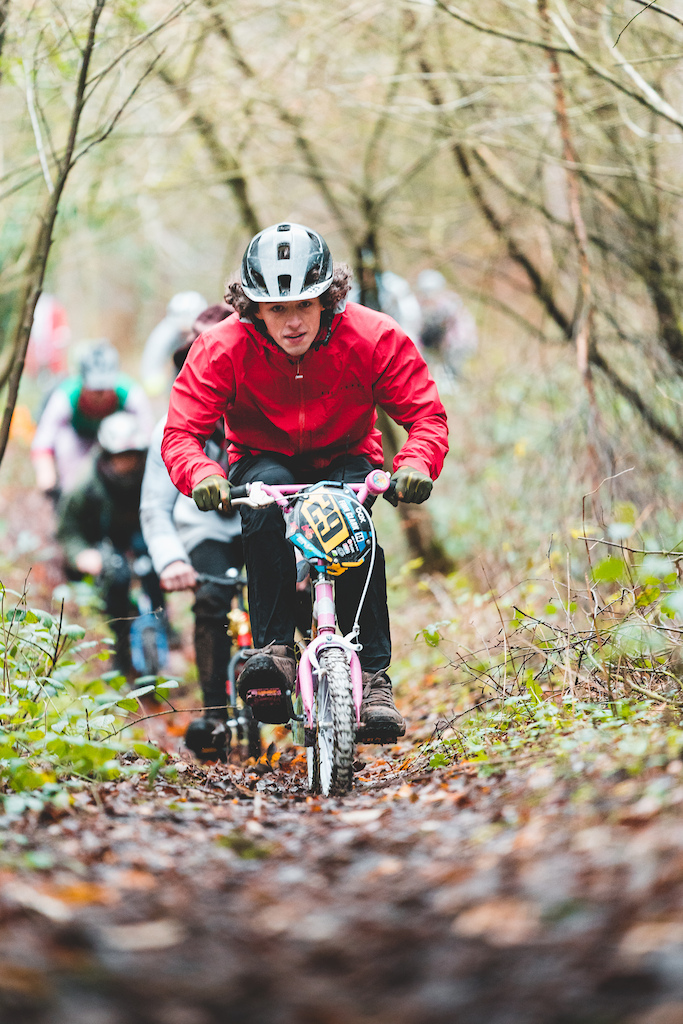 Robbo back up to speed after snapping his ankle earlier this year. 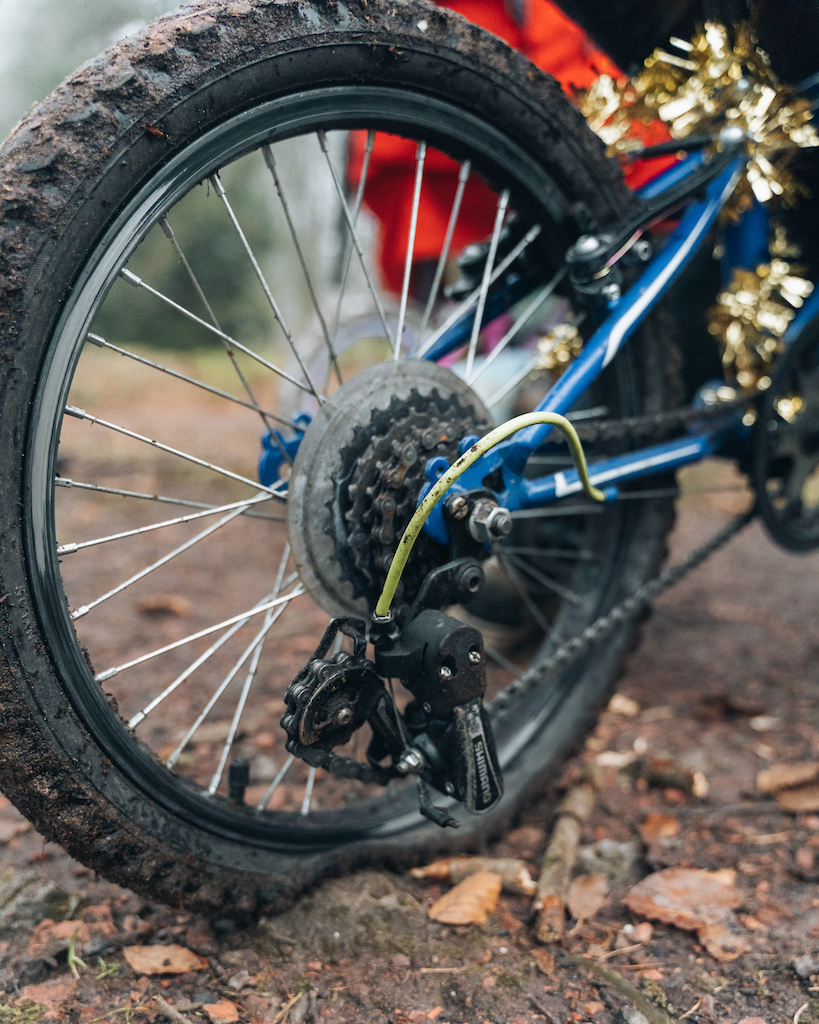 A few casualties on the bikes, but way less than you'd think. These little things are strong. But the brakes.. they ain't so strong. 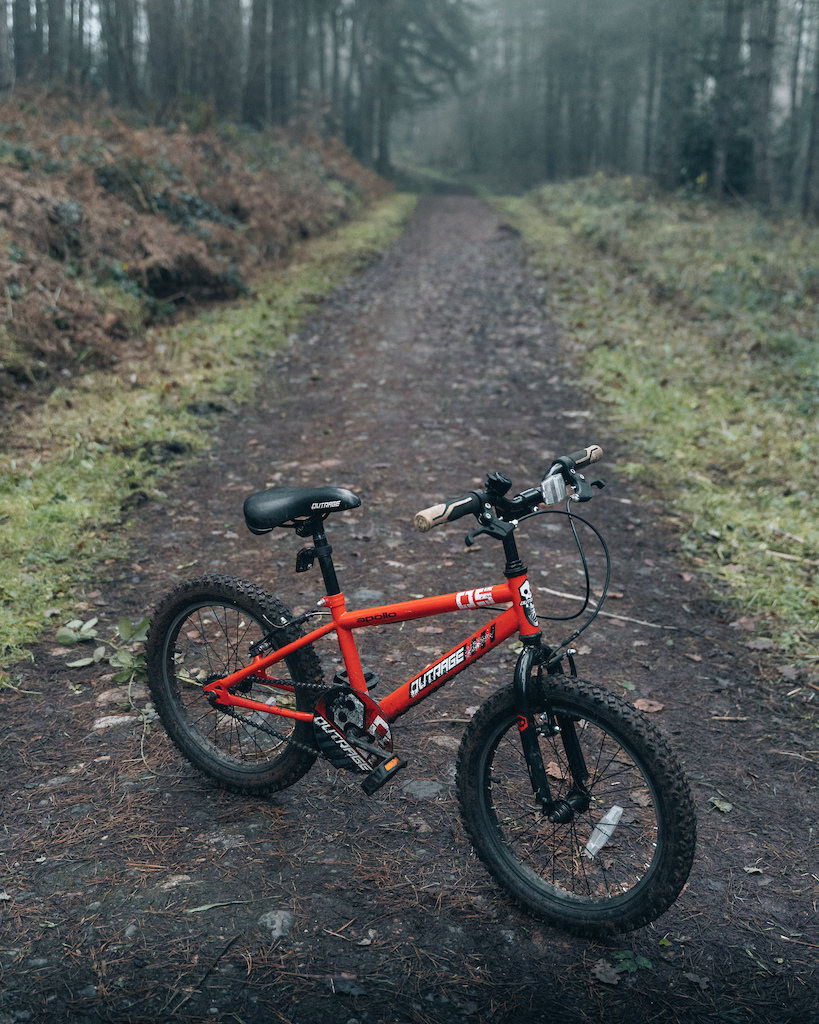 Yeah - I know it's silly.. but we spend thousands upon thousands on fancy bikes and I bet you one day on an unloved old mini bike will bring you just as much thrill. Albeit a few more bruises.

Produced by Tom Caldwell. All photos by Will Brignal & Danny Piercy Media.

All bikes have been cleaned/fixed up and donated to a local charity.

lancifer (Dec 24, 2021 at 13:10)
Little old lady neighbor having yard sale, asking 20$ for 16"er'. I offered 15, stating the need for tubes, tires...A flat out NO!...20$! Thanks for being nice about it, I stated walking back home. The next day, there it was, sitting at the curb, FOR FREE, just waiting on the trash, or me to save it. I raised my new family member over my head in front of her house yelling, "Thank you, now I got it for FREE"! BMXed that thing out, and had a blast with a trail that I really do miss in my tiny old backyard. Good times come in ALL sizes, at least the bikes I found, bout time to break her out again.

Louisd2000 (Dec 26, 2021 at 12:32)
I have some pretty good memories of mini bike dual slalom "World champs" in the Fontana parking lot a few years back, even had a few World cup names there!

p1ne (Dec 24, 2021 at 8:22)
I like how you can see them getting more comfortable on those bikes as the clip progresses. Also, wow, kids' bikes are super overbuilt.