Aug 4, 2010 at 12:25
by Alasdair MacLennan
Tweet
GT as a brand, has been about in the BMX world since 1972 and were around as well at the dawn of mountain biking. They are an integral part of the sports’ heritage, having been raced to the very highest of levels by a stable of athletes, all at the top of their game. With World Championship and World Cup wins to its name it is an illustrious history and one that many companies would be proud to have even a tiny percentage of in their past.

Read on for action from the 2011 product launch:Mike King, Julie Furtado & the legendary institution of Hans Rey have all played their part in creating that illustrious history, not to mention Nicholas Vouilloz who famously won the Worlds in 1995 on a Zaskar as he felt the course wasn’t in need of full suspension. And then there is of course the indomitable Steve Peat, now the most successful downhiller ever if World Cup race wins count for anything, with many of those wins having come first from a GT Lobo and latterly the original DHi. 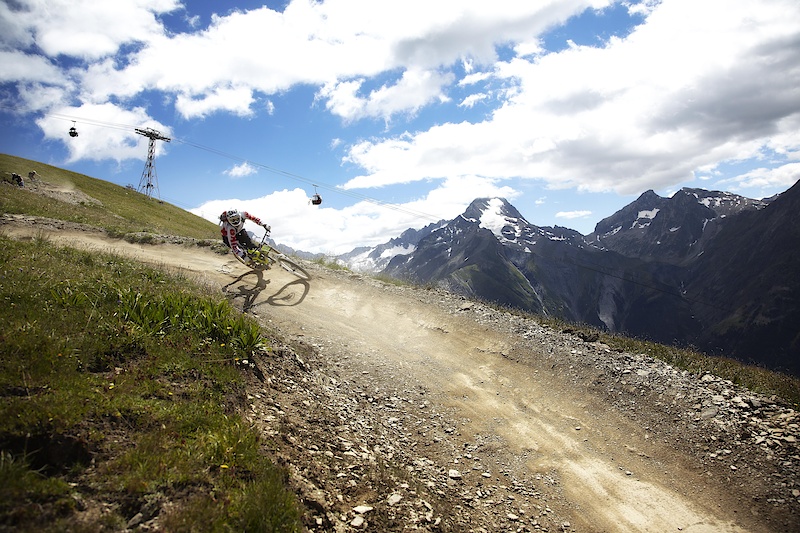 But it’s fair to say that despite all that history, the distant past has been much more successful than the recent, the company having spent nearly ten years quietly rising from the ashes of the Schwinn/GT merger and subsequent bankruptcy in 2001. However, in the past few years there has been a significant push with top level riders working to develop bikes, and a strong World Cup team in the form of Mick Hannah and Marc Beaumont, both World Cup winners. Indeed, this weekend saw Marc take the win in the Val di Sole World Cup. The winning ways are back. 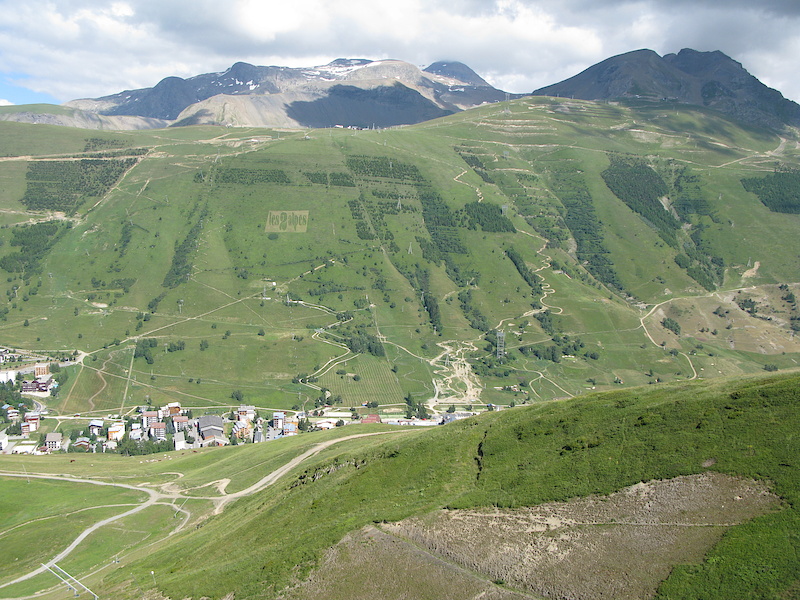 Yet downhill is just a part of that evolution and GT has a stable of bikes to interest serious riders across all disciplines. In the past this was based around Zaskar, the original bulletproof hardtail, and then the gorgeous titanium Xizang raced by Julie Furtado to World Cup XC success in the nineties.

Which is why over the course of several days in the French Alpine town of Les Deux Alpes we had the opportunity to try out some of the 2011 range on a variety of terrain, from downhill to cross country and a bit in between. Over the coming few articles we will give a run down on what’s new, what’s changed and some first impressions. 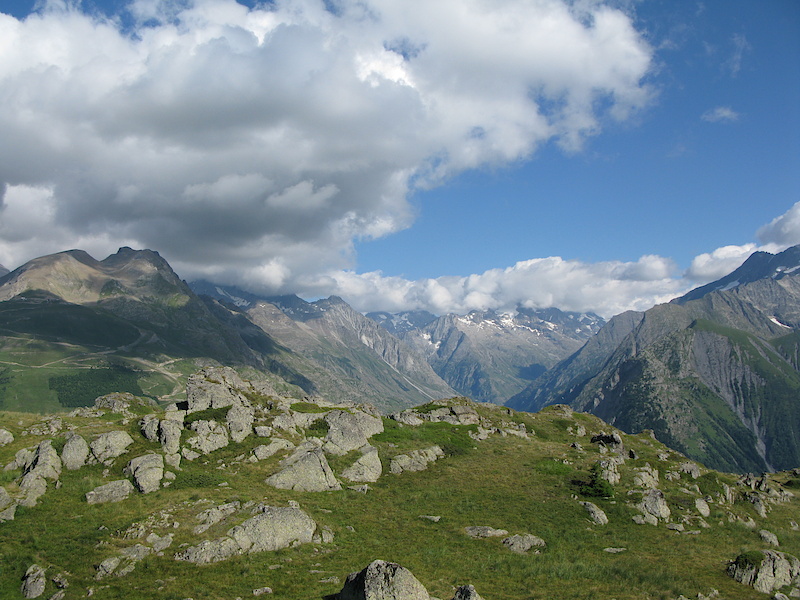 So we’re sat in Les Deux Alpes. It’s hot, dusty and there is a network of chairlift serviced trails begging to be ridden. Also begging to be ridden are the of 2011 GT bikes sat nearby, 2011 being the year that GT aims to make a return to prominence in the sport with a new motto of ‘earn your wings’, the intention being to push yourself no matter what or how you ride. So after some presentations each day it was time to go out and ride. 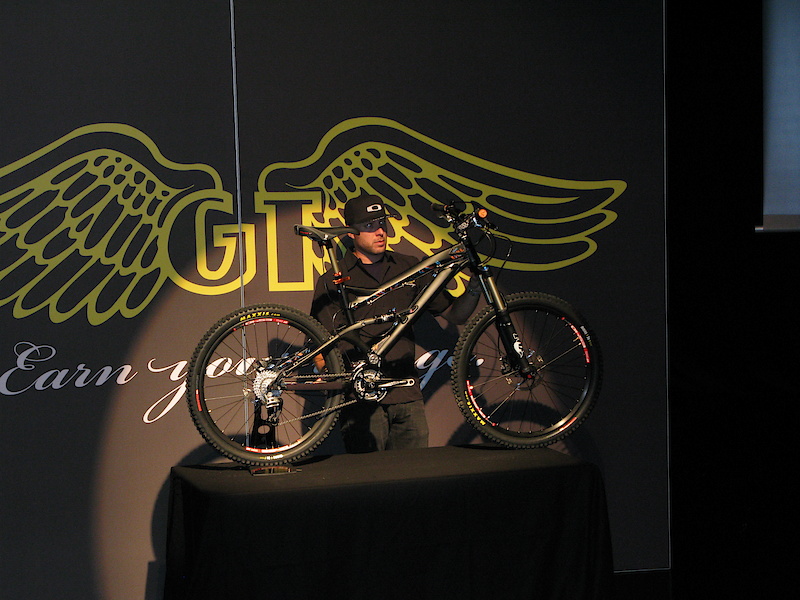 Where some manufacturers seem hell-bent on producing a new category for every bike they produce, GT have decided to go down the opposite route, choosing to simplify the way they group bikes. And it’s a strategy which makes sense, with three bands for bikes to sit under to a greater or lesser degree: Gravity, Endurance and then All Mountain traversing the boundary between the two. 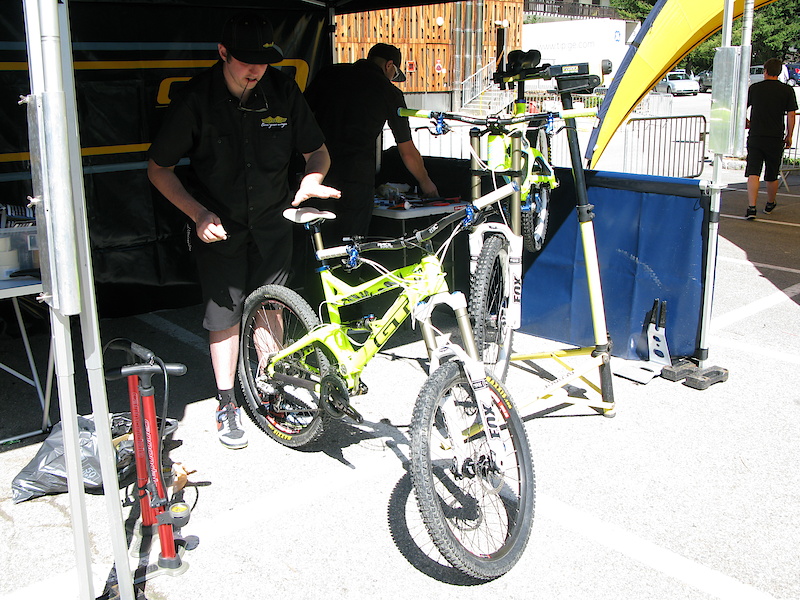 The Gravity range of course includes their World Cup winning Fury, piloted to a win in the hands of Marc Beaumont at the 2010 Val di Sol World Cup, but below that in the full suspension stable there is also the Ruckus with 7” of rear travel and 180mm forks up front. The most intriguing of all, and possibly one of the most interesting bike to Pinkbikers is the Distortion, a short travel full sus bike which seems to cover a wide variety of riding, from 4x and slopestyle right through to UK trail centres. This means that it falls halfway towards the All Mountain heading too given its on the fly seatpost adjustment and double ring up front. Also included under Gravity is the Ruckus HT dirt jump range and La Bomba 4x hardtail although we’ll cover more of them in a later article. 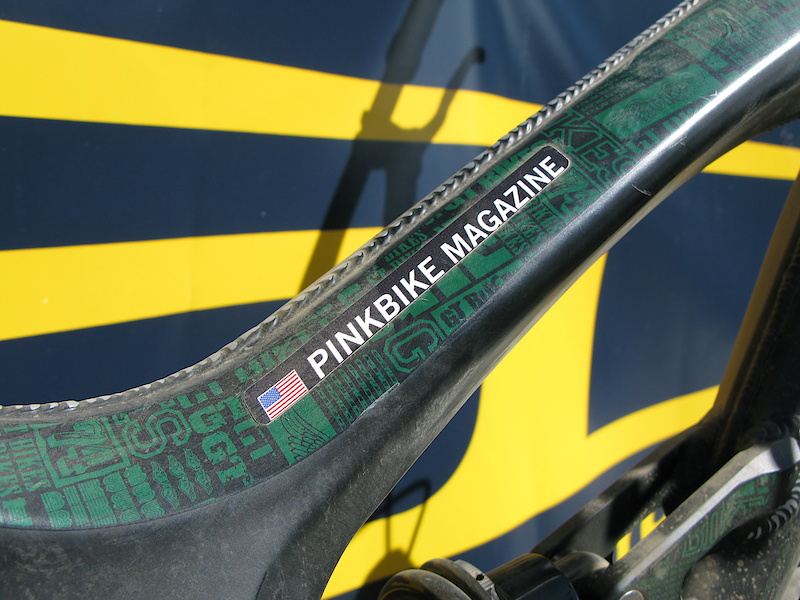 So Gravity is a relatively easy to define role, with it basically counting anything that is generally bought or sold with the idea in mind of some assistance to the top, whether that be by truck or chairlift. But what is All Mountain? Perhaps better to first define Endurance. To many, myself included, this is what would traditionally be called cross country, but with the ever increasing number of genres popping into the mountain bikers vocabulary it can mean many different things to different people. Therefore the Endurance range includes bikes aimed at covering ground under leg power and are therefore carrying the minimum weight: the faithful Zaskar, the 29” Karakoram hardtail and the Sensor 29” full suspension bike. 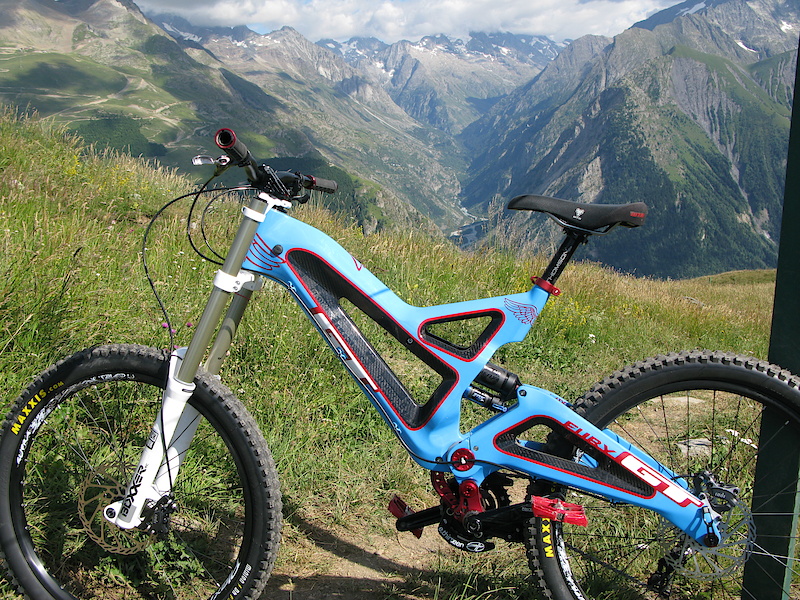 The All Mountain moniker therefore covers quite a range of riding styles, and it depends what part of the world you’re in as to what these styles are called. What is one man’s downhill is just about another’s cross country. That is the difficulty of selling bikes world wide – so many different markets to cater for. But the general feel of All Mountain from GT is 5”+ travel, double rings on the front for the climbs and dropper seatposts so the descents can be enjoyed without losing flow whilst stopping to mess with a quick release. The more bikes that come with these posts in the market the better, they really do make such a difference to a ride.

We’ll be breaking the range down and covering them across several articles. Keep an eye out for these upcoming articles!

harriieee (Aug 6, 2010 at 13:04)
To be honest that kinda confirms that they're not selling. I don't see retailers having trouble offloading any other top spec DH bikes, to be honest it's hard to get your hands on most of them because they often sell out before they even arrive in stores (Morewood, Intense, Santa Cruz........). That the prices are being slashed implies that they have unsold models that they need to get rid of.

nydownhiller (Aug 9, 2010 at 4:28)
They're all over the mountains on the East Coast. Give it time, their has only been a small number of them made.

nomnom (Aug 4, 2010 at 18:37)
judging by that video up top or the page the furry is pretty fast and especially if it helped marc beaumont beat Gee atherton win Val di Sole World Cup, and when he Gee got sprayed by that wine bottle he did not look to impressed. ;p

terrance (Aug 4, 2010 at 17:43)
I hate GT. horrible customer service. not to mention it took, I think if I remember 3 months to order a bike. I talked to a former GT dealer and he said it took them 9 months on one occasion to get a certain bike. so I went to specialized, 2 weeks to get a bike.

dirtjumper771 (Aug 5, 2010 at 8:33)
ya, i know i don't have much common sense, im told that all the time, but c'mon, what i said isnt even that bad. I dont know too much about carbon fiber so i couldnt tell from looking at the frame that it was

harry-h (Aug 6, 2010 at 3:28)
I swear the fury used to be carbon alu mixed? like the front and rear sections were alu for increased strength and the middle section was carbon for less weight

browner (Aug 5, 2010 at 8:33)
GT bikes and team inspired me so much before 2001. They were the face of mountain-biking and so exotic coming from across the pond. So glad to see they are making a come-back

sagetthegreat (Aug 4, 2010 at 17:11)
Jesus christ these bikes are looking good. Maybe my next bike will be a GT if they're well priced.

undercoverfreak (Aug 4, 2010 at 17:20)
The fact that people at GT think pinkbike is a magazine just put me off buying that handsome looking frame...

undercoverfreak (Aug 4, 2010 at 17:55)
Considering that urbandictionary is always right, this is the truth: "A soft, paper booklet, which is sized in standard paper, commonly. Most magazines concern the mundane, such as homes, cars, jewelry, or celebrities. If you read the latter, you are a doucher who is to be exterminated, via firing squad."