cyrix mattwragg's article
Nov 26, 2013 at 10:36
Nov 26, 2013
First Look - Orbea Rallon
Yeah, because you edited your post to make it more PG while I was responding. I strongly notice you didn't refute anything I said or answer anything I asked. I'm not even surprised. If you want to make crazy claims about people you had better be able to back them up, and it seems you can't. "Didn't insult ya mate, merely said you're having a go where there's no need." The hypocrisy and irony here is palpable.

cyrix mattwragg's article
Nov 26, 2013 at 10:20
Nov 26, 2013
First Look - Orbea Rallon
Wow, thanks for the insult (however completely off base). Nicely done. I never said you were a horrible person, I never said you hate everything about the bike. I never said you were barred from having an opinion. I never shoved statements into your mouth. And don't just sit there telling me I'm downvoting your posts without reading them (really... what the hell). Seriously what is wrong with you? WHERE DID I SAY ANY OF THAT. Once again, you're creating issues that don't exist. Stop it. And treating you like shit like I HAVE BEEN? What the hell is that supposed to mean? That is my first post in this article. So where else have I been treating you like shit exactly? See now I'm just pissed. You want to talk reading comprehension? OKAY!!!!!! What is this "circlejerk" you seem to think everyone is in on? What point exactly is everyone here supposedly "circlejerking" over? I'd REALLY like you to answer this since you... I guess didn't "comprehend" that question in my previous post. WHERE did anyone say this hasn't been done before? PLEASE answer this too since you didn't "comprehend" it last time. If you want to defend that stance then I'd like to see who you're even defending it against. And let's be clear here, you specifically said people were saying this. You want to talk about shoving statements in peoples mouths? You are far and away the worst offender out of everyone here. Now please, go ahead and point out where I said or implied a single thing you just accused me of. DO IT. I triple dog dare you. You have once again created a lot of issues that didn't even exist, AND!!!! You've successfully managed to do exactly to me what you accused me of doing to you.

cyrix mattwragg's article
Nov 26, 2013 at 10:02
Nov 26, 2013
First Look - Orbea Rallon
I really just don't understand why we can't enjoy this bike for what it is without someone trying incredibly hard to show we shouldn't like it. A staff member no less. This isn't a "circlejerk" as you called it. I don't see what point every member in this thread is "jerking" over. If you could point that out I'd be thrilled to no end. I don't see anyone saying this hasn't been done before, which is the point you keep hammering home. Congrats? You proved something no one said to nobody? I honestly believe you're just miffed that people aren't agreeing with what you're saying so you're creating issues that don't even exist to try to rally support behind your stance. This has been a really bizarre comment section to read.

cyrix brule's article
Nov 25, 2013 at 23:02
Nov 25, 2013
2013 Photo of the Year - Finals
Not just the rider makes that photo, but the clarity, the crispness, the lighting, the HUGE contrasts of light and dark going on. You have these massive dark clouds of dirt, framed by bright clouds of more dirt due to the lighting. It's like he's breaking out of the darkness into the light. And it also showcases incredible athleticism, riding that very few can do. It's a representation of the very best our sport has to offer and it could be a boring roost shot, but the massive amounts of contrast between light and dark, the foreground and background with vanderham just blowing up the middle. The way he managed to capture the dirt reminded me of this Hubble telescope photo: http://static3.businessinsider.com/image/504a6895ecad046d2700000b-1200/hubble.jpg There is an incredible amount of skill that both photographers exhibit and if people would take a few minutes to think about both photos they'd see that instead of trying to downplay and crap on what both guys have achieved. One isn't a generic shot, one isn't more "sloppy" or whatever, they're both great.

cyrix brule's article
Nov 25, 2013 at 22:47
Nov 25, 2013
2013 Photo of the Year - Finals
You're clearly high if you don't see the foreground or background in Sterlings shot. It's cool if you don't like it, seriously it is. Vote for whatever one you like the most, but don't make up shit about their work just to try to convince people to vote for what you like.

cyrix brule's article
Nov 25, 2013 at 22:41
Nov 25, 2013
2013 Photo of the Year - Finals
Sterling and Krabbes shots have both been done before in similar ways. Stop trying to act like either one is for some reason "unique" or a "new idea" and therefore should win. There were more unique shots that didn't make it through. Both of these pictures are great. I really don't see the reason to shit on either photographers work because I'm seeing a lot of it from both sides. Typical classy pinkbike.

cyrix nouser's article
Nov 23, 2013 at 22:38
Nov 23, 2013
ARRIVAL: New Release Date Announced!
"Youre the only dumbass still commenting about this so get a life and move on dipshit lol " I have no idea how one person can be so hypocritical, yet so ironic at the exact same time.
Load more...
This account has been suspended.
(134051 hours remaining) 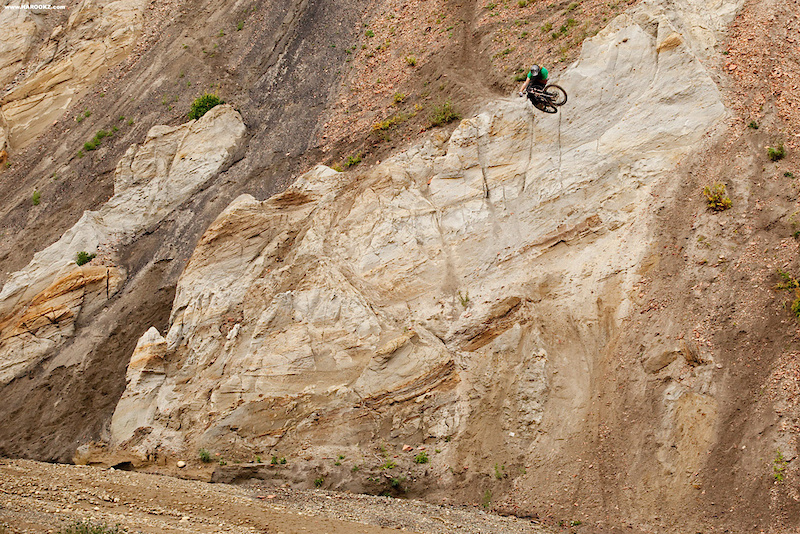