I NEVER EVER EVVVVEEERRRR SHIP C.O.D.

deeeight mikelevy's article
Dec 4, 2022 at 17:39
2 days
Value Field Test: Diamondback Sync’r - Swim
@root-of-the-gloom: Have you seen Cam Zink's Instagram reel from 2 weeks ago ? https://www.instagram.com/p/ClAL5WMpoZb/?hl=en I spend almost all my non-snow riding season on a 2016 Specialized Fuse 6Fattie hardtail which I think is a 67 degree head angle with a 120mm fork (static...every hardtail steepens when you take sag into consideration once you get on the bike) and the two times I used my much lighter carbon full suspension XC bike (which has much steeper geometry) this year I was only marginally quicker over an 7 mile loop I like to ride on the hardtail. Now according to my GPS data from the ride I did Nov 26th over than 7 mile route, I had 449 meters of climbing, 445 meters of descending, the lowest point of the route is 89 meters (above mean sea level) and the highest is 158 meters... Ottawa's official elevation is 70 meters above MSL). Its mostly all rocky/rooty single track including a section going thru where a forest fire was a decade ago that is almost completely devoid of topsoil and you're just riding exposed and broken/eroded canadian shield bedrock cutting thru the burn zone with dead trees and regrowing bushes where they dumped so much water from helicopters and the airport rescue firetruck (with its 6,000 gallon tank and water cannon) that they washed all the soil away. Its chatter bump city. I'd likely be quicker, and more comfortable on a full suspension bike with equal geometry to the specialized but that's only about 600 meters of trail to do. When I fatigue the hardtail frame to the point it cracks (and that is a goal of mine riding such trails at a 240 pound rider weight), I will likely replace it with a more modern full suspension frame that'll take the 27.5x3.0 plus tires I enjoy riding, with a head angle around 65-67 degrees and that fits my 6'6 tall body better than the frame I'm on now (which is a large not an extra large, but I got the whole bike at basically dealer wholesale). I typically will adjust a slightly small frame size to fit me when I can do so and save a thousand or more on it than hold out to find the frame in the right size for myself that costs me more money.

deeeight travisengel's article
Nov 29, 2022 at 16:19
Nov 29, 2022
Tech Tuesday: Tubeless Tire Setup 101
@jaydawg69: Lay the wheel on its side on the floor, stand on the tire sidewalls, pull upwards on the spokes closest to the rim where you're standing. It'll pop free. Surly rims do this regardless of the tape you use, even when running tubes.

deeeight CaneCreekCyclingComponents's article
Nov 16, 2022 at 5:31
Nov 16, 2022
Cane Creek Cycling Components Makes Suspension Service Procedures Public
Probably doing it to get out ahead on the surge in "right to repair" legislation efforts across north america and europe. Massachusetts is the only state that has passed right to repair into law so far in the USA but such laws are proposed in other states also. Also President Biden signed an executive order in 2021 of a similar effect in order to encourage competition amongst the repair sector, and Apple and Microsoft have already got on board with it.

deeeight seb-stott's article
Nov 13, 2022 at 5:46
Nov 13, 2022
Why Shorter Cranks Are Better (According To Science)
Found a study that was missed by this article's authors from a guy working on his masters at the university of BC in 2000. Clicking the link brings you to a pdf download of the term paper. https://www.google.com/url?sa=t&rct=j&q=&esrc=s&source=web&cd=&ved=2ahUKEwiOxfbKn6v7AhXzIX0KHU1mCkAQFnoECDIQAQ&url=https%3A%2F%2Fopen.library.ubc.ca%2Fmedia%2Fdownload%2Fpdf%2F831%2F1.0077096%2F1&usg=AOvVaw3nepNyEa_2RZvRcYybl6Y9

deeeight henryquinney's article
Nov 8, 2022 at 0:17
Nov 8, 2022
Koroyd Wins Patent Infringement Lawsuit Against Burton Helmets With WaveCel
@Bollox64: You mean the swede who filed for a US patent in 1979 for something that was common knowledge in the 1970s computer industry and thus wouldn't actually pass a test for obviousness if it had been properly applied by a patent application examiner who know the subject matter ?! The US Patent and Trademark office is famous for awarding multiple patents to already invented technology, especially if you prepay all the fees with your application as if you were awarded it and wanted to maintain it for its maximum lifespan. I knew a guy years ago who through some creative application of the english language and grammar, and dropping 5 figures of money, got US patents for what were essentially "the wheel", and "fire" just to prove it could be done. Back in the late 90s, the SAME patent examiner within 4 days approved patents for electronically controlled paintall guns, one issued to Brass Eagle (for their Rainmaker) and one to Smart Parts (for their Shocker)... and what happened after was Smart Parts went around sending cease and desist letters to EVERY OTHER paintball gun maker that had an electronically controlled paintball gun already on the market, or in planning, and suiing the ones that didn't comply, on the basis of their claim that they'd invented and patents ALL electronic paintball guns. How could they make that claim ? Via continuation application revisions they kept expanding the terms of their original claim (which was strictly related to their original design), This is actually illegal under patent law but lots of individuals and corporations get this shit approved because republican members of congress have for years stripped important funding from the USPTO which would otherwise result in their having proper staffing of qualified people to examine applications properly. Same sort of budget cutting that leads the IRS to not be able to properly conduct audits of people in a timely fashion, or go after major tax cheats and tax evasion. Now how Smart Parts came to be filing a patent for something they hadn't actually invented was this...the founders of SP were a couple lawyers who the industry later learned were patent trolls. They'd gotten into paintball thru accessories like barrels and had learned that a company called PneuVentures was developing an electro-pneumatic paintball gun called the Shocker... SP then entered into a business arrangement where they would market the shocker under their brand name exclusively and PneuVentures would do all the manufacturing. P-V made the mistake of signing such a contract and then SP went about placing a large order for thousands of guns... P-V starts building them and keeps waiting to be paid, and waiting and waiting and then SP cancels the order... P-V is now stuck with by then several hundred finished guns which they're unable to sell to anyone because of that earlier exclusive marketing deal. They end up going bankrupt and then the brothers behind SP swooped in at the bankruptcy auction and got all the tooling, design blueprints, etc for pennies on the dollar... oh and all the completed inventory.

deeeight henryquinney's article
Nov 7, 2022 at 22:50
Nov 7, 2022
Koroyd Wins Patent Infringement Lawsuit Against Burton Helmets With WaveCel
Really ? Moderna spent years and hundreds of millions of dollars on mRNA technology development and got US patents for their particular approach and it paid off when a pandemic came along that left the company with the technology already developed to go to vaccine trials only SIXTY THREE DAYS after the virus genome was fully mapped out. And now with two years of injection data they can quickly re-formulate the vaccine for new virus variants and get approval for distribution very quickly. Their first bivalent formula for the original parent virus and the ommicron BA.1 variant was approved by the FDA back in June and the subsequent version for the original virus and Ommicron BA.4 & 5 on August 31st. Pfizer btw LICENSES the patent from Moderna... and well...its slightly watered down in a way...because people get less side-effects and less antibody production from Pfizer's version than Moderna's. People don't seem to grasp that you WANT your body to react in some noticeable way to a vaccination to confirm its actually doing something in interacting with your immune system. Pfizers is still way better than say the Jaansen (johnson & johnson) or AstraZeneca vaccines, especially due to not producing any fatal blood clots in recepients, but still you REALLY want the Moderna one if you're eligible for it.
Load more... 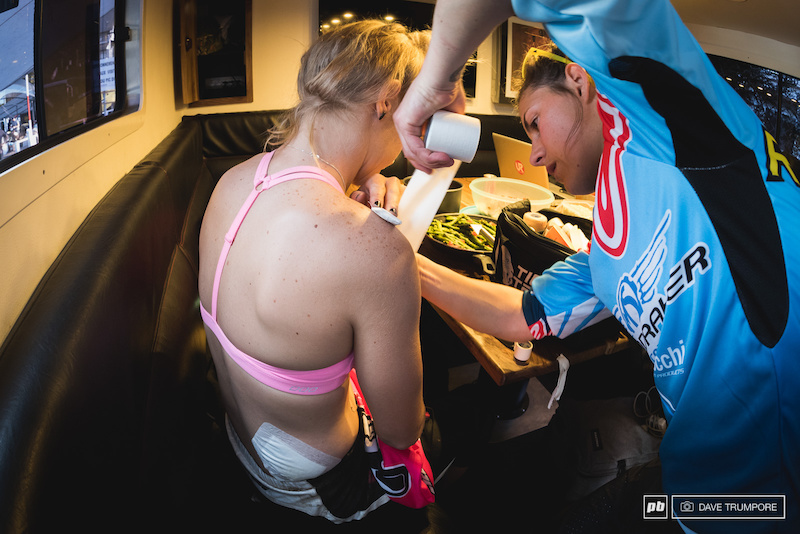