delusional jamessmurthwaite's article
Jul 16, 2019 at 13:28
Jul 16, 2019
Video: Yet Another Mountain Biker Jumps Over the Tour de France Peloton
@hgardner: parties that are based ensuring full and explicit consent from all parties are generally the ones where the most fun happens.

delusional jamessmurthwaite's article
Jul 16, 2019 at 13:25
Jul 16, 2019
Video: Yet Another Mountain Biker Jumps Over the Tour de France Peloton
Agreed. Unless every rider in that peloton consented to this stunt being pulled this is bullshit. There is no way someone should be putting others lives—and livelihoods, as everyone they're jumping lives off their ability to be exceedingly fit and healthy—at risk like this without their explicit and informed prior consent.

delusional jamessmurthwaite's article
Jun 13, 2019 at 15:58
Jun 13, 2019
6 Key Facts From the EWS Health Study
@hamncheez: Yeah, I'm not disputing that. I guess my point was that I'd expect that with a 200 person sample they could get a reasonably narrow estimate working at a 95% confidence interval, and as they're not testing drugs or anything a 95% c.i. would be totally reasonable. Although, looking at it again that's only relevant for the data in section 2, that deals with non-race data. That's the only part where they're trying to infer results from a sample to the population. Section 1, that deals with EWS race data, and so might reasonably be used to formulate safety rules, is not dealing with a sample but rather is surveying the population: they collected data from every EWS racer for a period of two years. So in that case these are entirely accurate numbers. Anyway, quite apart from sample size issues, it's not like they're going to make different rules for men and women. In fact, it's not really that clear why this data needs to be segmented in that way at all.

delusional jamessmurthwaite's article
Jun 12, 2019 at 21:25
Jun 12, 2019
6 Key Facts From the EWS Health Study
I'm not familiar with health science norms, but as the data isn't going to kill anyone if it's wrong I'd have thought it would be completely fine to work with a 200 person sample as long as you reported the confidence interval? Not reporting that seems weird to me across the report as a whole; I don't really understand what we're supposed to make of plain descriptive stats of a sample.

delusional jamessmurthwaite's article
Jun 12, 2019 at 13:09
Jun 12, 2019
6 Key Facts From the EWS Health Study
"At this point, we should point out that women represented about 10% of the contributors to both studies so the men’s stats are far more likely to be accurate." It does seem odd that there's no attempt at estimating population values here, especially as some of the sub-samples that are being described have less than 200 cases. I'm not used to reading health science data though: would it not be normal to use some inferential stats here rather than simply reporting the descriptive sample data as if it were the population?

delusional jamessmurthwaite's article
May 24, 2019 at 16:17
May 24, 2019
Video: Another Dose of Mindblowing Riding From Chris Akrigg
@Sardine: It was an apocalypse born in 2008, but the zombies are called austerity.

delusional edspratt's article
May 16, 2019 at 21:19
May 16, 2019
Innsbruck Bans Downhill Bikes from Public Transport
It's the shadow of the spectre that is haunting Europe.

delusional edspratt's article
May 5, 2019 at 18:53
May 5, 2019
Yoann Barelli Starts YouTube Channel Breaking Down the World’s Gnarliest Trails
Not really, the two words seem to be regionally interchangeable. In the UK most dedicated bike trails are described as "tracks", but in Canada it seems everything is a trail. The only time I hear someone using "track" here is when talking about a "race track" (and then only in context of the specific race, the race track is still made up of trails), and that's pretty uncommon: race course is far more common. "Gnarly" is extremely relative, but the only way to access Treasure is to pedal up a climb trail, and then Treasure itself has several climbs in the middle. Basically it's not going to be that fun on a bike you can't pedal. But that doesn't mean it's less gnarly than anything built with big bikes in mind!

delusional ralf-hauser's article
Mar 29, 2019 at 10:13
Mar 29, 2019
First Ride: Bold Unplugged Volume 2
@acali: I'm a little unclear on your meaning here. Are you suggesting that your stylistic issues with my quick comment somehow invalidate my suggestions for editorial improvement to a professional article?

delusional ralf-hauser's article
Mar 29, 2019 at 9:22
Mar 29, 2019
First Ride: Bold Unplugged Volume 2
The comma usage in this article is pretty chaotic, it could really benefit from a little editing!
Load more... 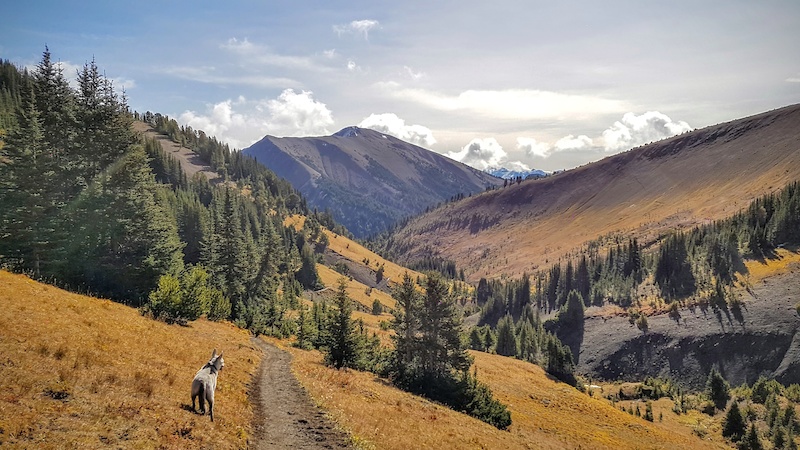