Video: Bring Back Some Soul

BRING BACK SOME SOUL

Sometimes unprecedented things happen that shake your world upside down in one way or another. However, we should all push forwards no matter the problems and troubles we face. The very idea behind the name of this video “Bring Back Some Soul”, the choice of music was to bring back the positivity, the optimism inside of me and share it with others, because there is so much good in the world. Your closest friends are always there for support and filming BMX has helped me to regain what I thought I'd lost already.

I was filming with Eki, and got a few clips with Johannes and it went from there. I’ve seen Johannes around for quite some time, but we'd never filmed together. It was only during this past year while I was out filming street with Eki that Johannes came along as well. I didn’t quite know what to expect from him, but sometimes meeting new people is great and this was the case.

Johannes has been progressing quite a bit over the years and this was the first big part that we filmed with him. A lot of the moves in this video were landed for the first time while making this edit. He set the goals as to what he would like to do in the video and we got it.

The last trick in the video was filmed quite late. The temperature had gone down and Johannes wasn’t feeling like going out to film. I told him that without this trick the video would be sort of unfinished and it had to be a last banger trick. Of course Johannes changed his mind and we went out to film it. We spent an hour and a half for the shop to close down, because the security guard was always checking as to what we were up to. It only took Johannes two tries to be to land it. If I would define Johannes’ riding, then I would say tech street riding would probably fit him best.

There is nothing more enjoyable than spending time with homies… just the little things like sitting on the curbs, see everybody ride, getting clips, hanging out is what makes it all so good.

Songs:
J.J Barnes - "Snowflakes"
The Ringleaders - "Baby What Has Happened To Our love"

We hope that you enjoyed this video! 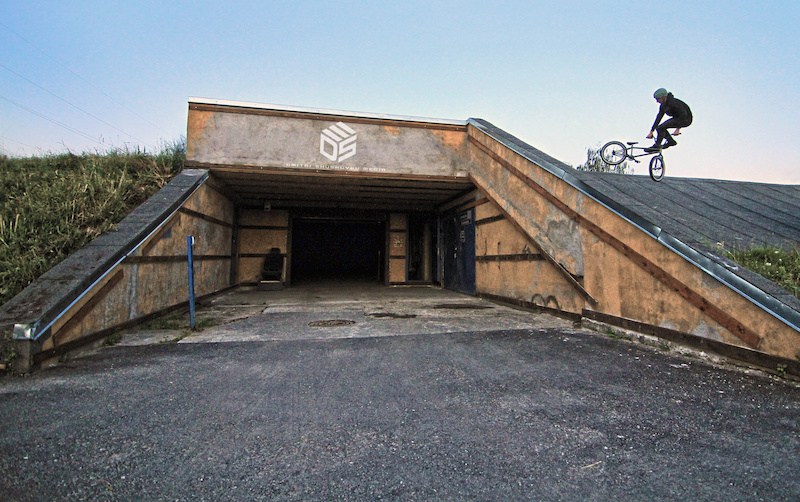 will-castaneda (Nov 22, 2012 at 0:12)
First bmx vid that had my Attention all the way through. Awesome editing and riding!

SB-Works (Nov 22, 2012 at 2:11)
We all saw these tricks before... what's nice here is that everybody keeps forgetting that perfection takes hard work, pain and dedication. I really liked the honesty of this clip. Good vid and edit!

freeride-forever (Nov 27, 2012 at 14:04)
Just 'cuz you've seen them before doesn't take away from what they are. I really dug the bar spin to switch bar spin & the 180 whip drop. The rail riding was pretty gnarly too.

evomtb (Nov 22, 2012 at 8:54)
dont get me wrong its not bad, but it just felt a bit bland to me. a lot of the tricks just looked stiff and wooden not really any style to it. saying that hes got some sweet icepicks

Dj-Tramp (Nov 22, 2012 at 3:00)
Real good montage of footage there. I just love how bmx is slowly growing again like it had done in the 80s. Goverment just needs to realise the youths needs for new locations for parks.

evomtb (Nov 22, 2012 at 8:52)
...he comments on a street edit. regardless of the amount of parks, park is park and street i s street, people always gonna be riding street

riish (Nov 22, 2012 at 18:56)
governments need to realise that riding street is a constructive sport, not vandalisation of property as most people tend to think.

austinm123 (Nov 23, 2012 at 9:12)
the only problem is that it actuallly is vandalism in alot of cases, street riding wouldnt be the same if noone ever had to worry about security gaurds and such

Dj-Tramp (Nov 26, 2012 at 16:21)
I refered to street as it's more of a easy learning curve for the youth to get to grips with the ramps etc and then turn into street. I grew up on street so it's all i know but parks are more socialable as well,

reinholds (Nov 22, 2012 at 4:09)
Great job neighbour! And Tallinn is looking dope... next season I want to go there with a DH bike and do some stuff with the old cities fortification wall/hill! Stoked to see you at that level!!!

Tanner751 (Nov 23, 2012 at 2:05)
some bmx videos get boring. they are all talented but their styles and tricks arent too creative. alot of impresive tricks. but this guy brings impressive tricks and a different style which was rad. sweet edit

i'm from Latvia and everything there looks so alike.

P.S. what's the music used for the clip?

Philler (Nov 22, 2012 at 6:17)
"the choice of music was to bring back the positivity, the optimism inside of me and share it with others, because there is so much good in the world"

Thats why the Rider chooses a War T-Shirt for this Edit... Just sayin

The-Medic (Nov 22, 2012 at 23:01)
I don't know what's ore embarassing, the irony of your shirt saying WAR in a video where you're comenting on inner peace or supporting a band like 30 Seconds to Mars... Nope, scratch that 30 seconds to Mars is worse...

Philler (Nov 23, 2012 at 0:05)
No hating or something and the Video was awesome but why theres no quote like " we were bored of Gangster Rap or Punk in street segments and wanted to try something different" but i guess in these days everything has to be very deep thoughted and oozed of creativity... Whatever nice riding level in Tallinn next year i will do a roadtrip through the baltic area during July/August and the video gets me even more excited.

joelskees (Nov 24, 2012 at 5:12)
I liked it. I think it could have been a bit shorter, cut out some of the repeated tricks and it would have been a more impacting edit. But nice filming. In my opinion the riding looked nicer without the gloves and losing the lid would've done a lot for me, but those are minor points for which i'll no doubt get flamed for anyway.

largemountain (Nov 22, 2012 at 7:51)
Back to back 360s on the stairs=STEEZE OVERLOAD. i have always been a downhiller but this vid changed my mind about bmx.

You can see why they are needed after watching the out takes in this vid!

mearnshaw (Nov 22, 2012 at 14:50)
Its edits like this that make it difficult to justify putting my BMX in the BuySell section, despite that fact I never get the time to ride it anymore...

richierocket (Nov 22, 2012 at 20:42)
Fantastic skills but there is still something about how a grown man looks on a tiny bmx. Respects though!

hellyeahbrother (Nov 22, 2012 at 11:35)
I swear Pinkbike just posts the weakest BMX edits so all the mountain bikers will feel better about themselves. There are so many way gnarlier web vids out there that are set to soul music haha.