Hidden in the depths of junior racing is a team of B.C. athletes hungry to shine. Blueprint Athlete Development is the program of coach Joel Harwood and while he works with high profile racers like Remi Gauvin, Miranda Miller and Keegan Wright, it’s the efforts put into developing junior racers that grabbed our attention at North Shore Billet. We’re big on supporting the little guys – probably because we’re little too – and began working with the Blueprint Athlete Development Team in 2019.

The junior development team consists of Jack Menzies, Milton McConville, Julia Long, Ian Milley and Carter Krasny. Being based in Whistler, we were fortunate enough to meet the team and show them around the NSBillet shop during the 2019 Whistler Enduro World Series stop. Crankworx Whistler is a busy time for everyone in town but thankfully the team was able to visit the shop and see how some of our products are made. 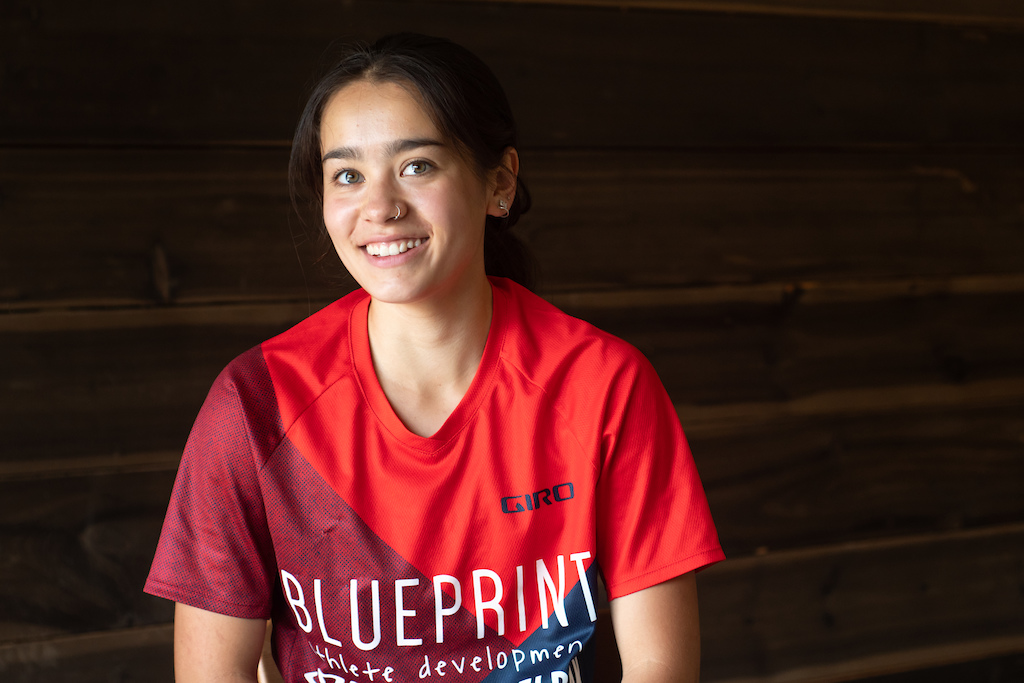 Julia Long of Whistler. Julia secured a third-place finish in the women's U21 race at the Whistler EWS. 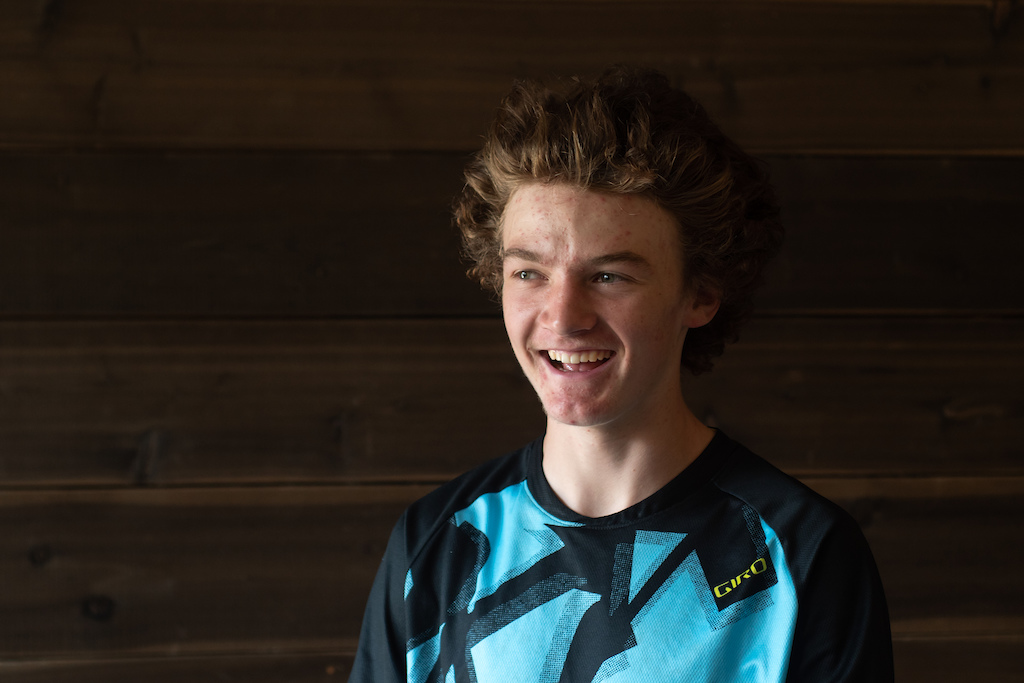 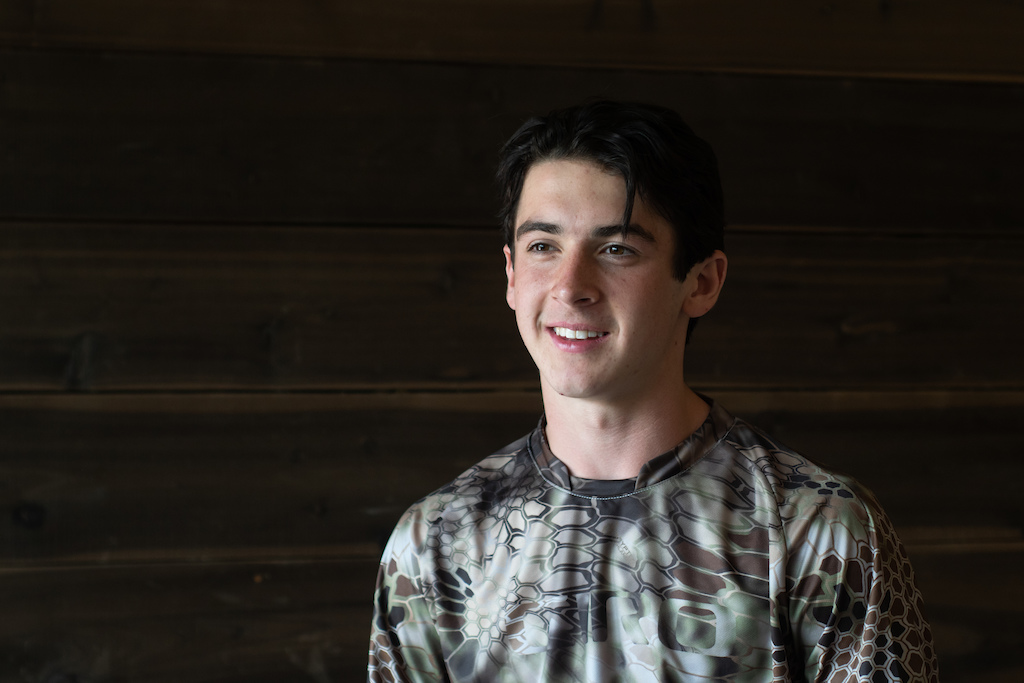 Milton McConville of Port Moody. Milton finished seventh in U21 after having to manage a badly damaged rear wheel. 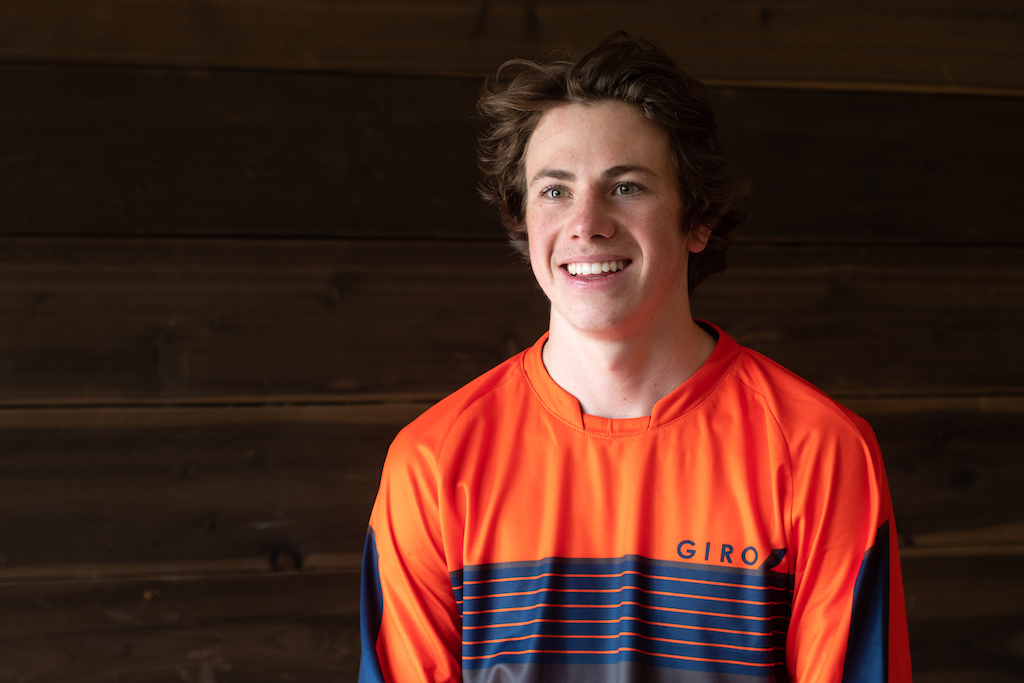 Carter Krasny of Whistler. Carter was injured and couldn't race in Whistler. 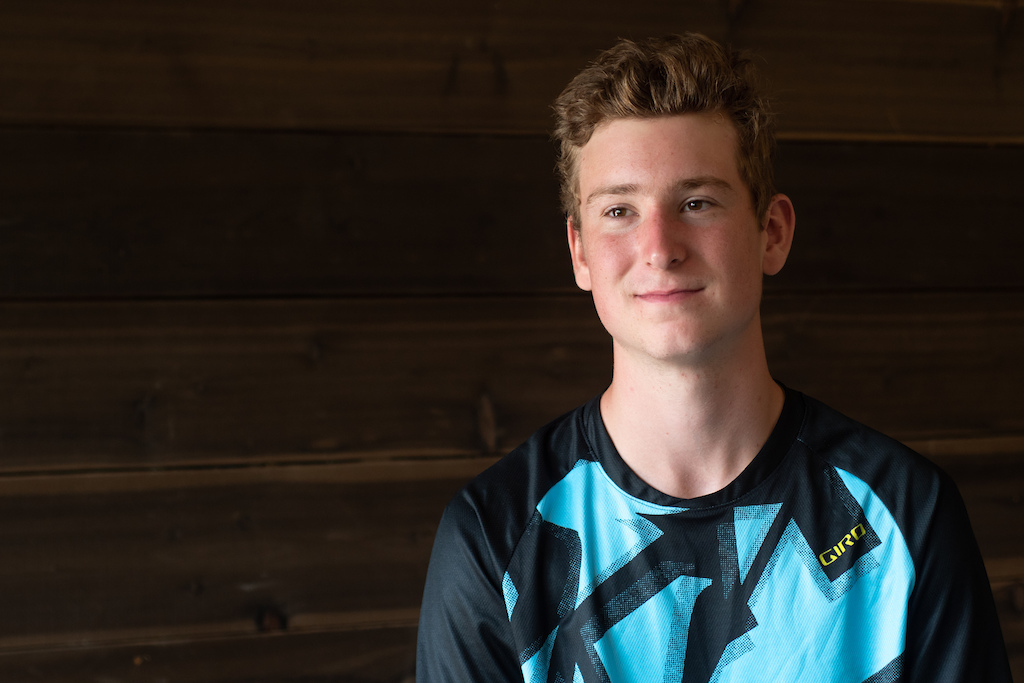 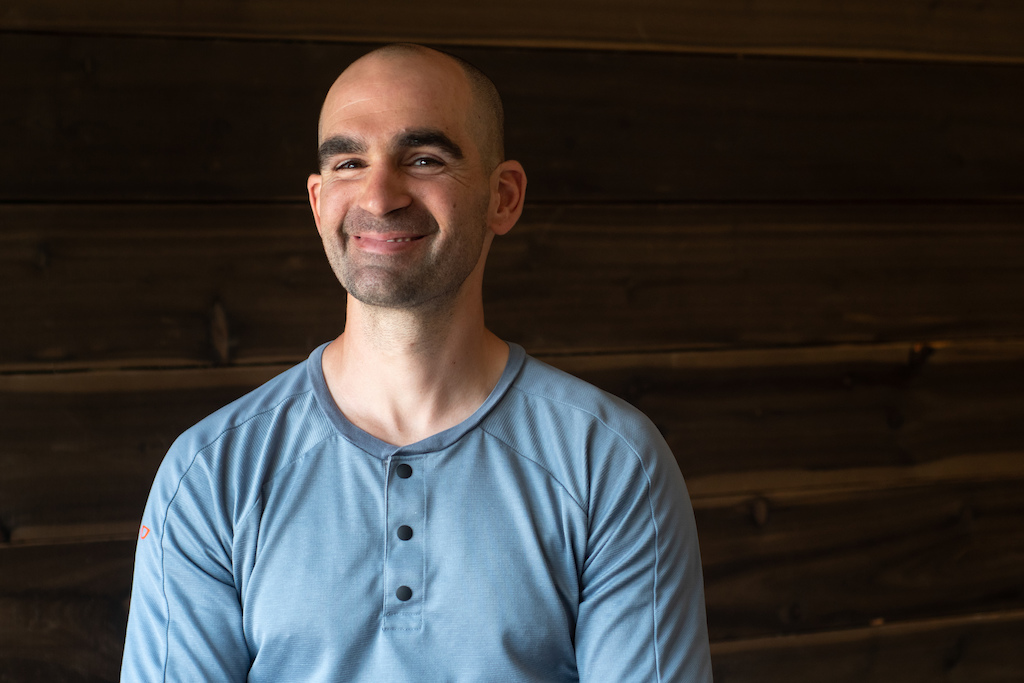 Blueprint coach, Joel Harwood.
For any Canadian enduro racer, the dream is to compete at the Whistler EWS stop. International juniors from across the globe are here in our backyard, allowing Canadian racers to measure themselves against the best. Most of the Blueprint team’s riders are based around B.C. and two very close by. Carter and Julia are Whistler natives and have cut their teeth in the bike park and labyrinth of trails in the Whistler Valley. An unfortunate injury sustained earlier this year prevented Carter from competing at home but keep an eye out for him in the future. Also injured and unable to race in Whistler was Ian Milley. Milley’s had a rough season with injury but we look forward to seeing him back on the bike soon. Injuries are part of racing bikes and both of these riders show great potential.

With two out, the team was down to Julia, Milton and Jack and they did the team proud. Conditions were tough for the second day or racing, which saw athletes battle the elements on five of the six stages raced over the two-day event. Julia took advantage of being at home and in conditions she’s familiar with. Placing fourth after day one and the monstrous first stage, she came out on day two and showed the field she’s not worried about the rain. Utilizing her “west coast advantage”, Julia won the first stage and another later in the day. Her stage results for the weekend were enough to secure a third-place finish at home in Whistler. 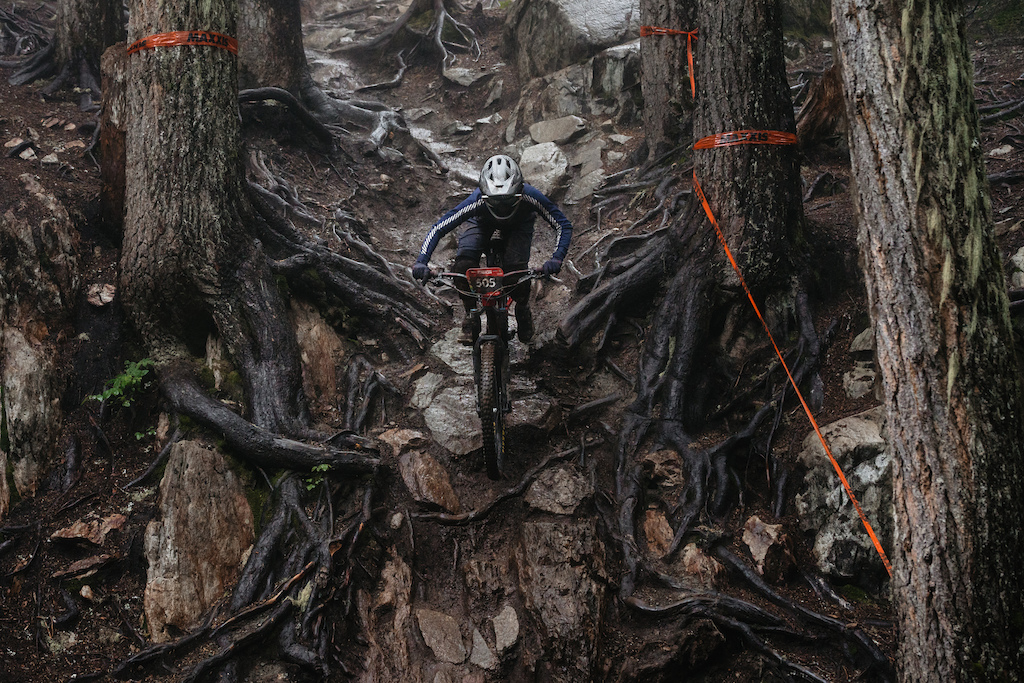 Julia drops into the final stage of the 2019 Whistler EWS.
On the men's side of the Junior draw, Milton battled with a severely damaged rear wheel. Babying it through the day, he was able to complete the race and secured a seventh-place finish. It may not sound like much but for any enduro racer, learning to manage equipment is tough – let alone for a frothing junior. Milton learned a valuable lesson in Whistler and we’re proud of his effort. To pull a solid top ten result while managing damaged equipment and in extreme conditions is something to be stoked about.

Jack Menzies was left to hold the torch for the team and hold it he did. Jack’s a Canmore native, so riding in the conditions racers were subject to on day two wouldn’t have been within his comfort zone. After day one Jack was behind E.W.S. heavy-hitters Antoine Vidal and Brady Stone, each incredible athletes with plenty of experience racing at this level. When the challenging conditions of day two arrived, Jack maintained a strong head and was able to climb the results to the top of the podium. His first EWS podium and he’s standing at the top of it. The future looks promising for the young ripper and we’re stoked to be part of the team behind him. 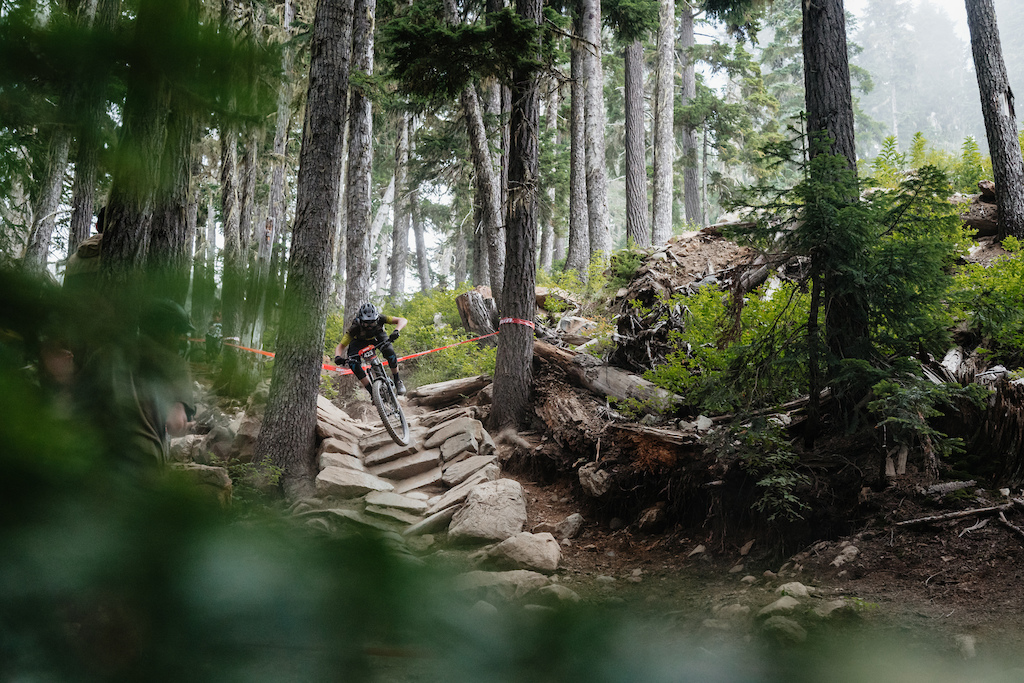 Jack Menzies during the much drier Friday practice for the Whistler EWS. A race where he threw his name in the hat.
At North Shore Billet, we enjoy being part of the support crew providing opportunities for young Canadian riders to pursue their dreams. And while watching these athletes realize those dreams is the cherry on top, that’s just a bonus. What they learn along the way, and who they become as people is more important. Each of the athletes on the Blueprint Athlete Development team is a great person to begin with and we’re proud to support them in their athletic endeavours.

ThunderChunk (Nov 16, 2019 at 11:39)
Haha it's really not scary in person. Quite beautiful actually. That line also looks a lot more gnarly than it actually is.

watermonkey (Nov 17, 2019 at 14:22)
That pic needs to be re-shot with a murdered out bike and a rider all in black. They'll look like one of the horsemen of the apocalypse.

ThunderChunk (Nov 24, 2019 at 12:10)
@watermonkey: I have a shot of me riding that line in the rain wearing all black with my bike that has black fork, wheels and bars (can't see the red frame). It does look cool

fattyheadshok (Nov 18, 2019 at 3:40)
These types of youth activities do not meet NICA standards of ”acceptable risk”and do not help contribute to the riders life long love of the sport. That’s a quote from the NICA risk management course they make you take to be a NICA coach. What these kids are doing in this program is not something that would ever ever be allowed under NICA.And... that is exactly why these Canadian kids are killing it. Kids are capable of so much. Hats off to this Canadian youth development program. The US needs a proper youth MTB development program.

clindblomenduro (Nov 20, 2019 at 16:06)
Most kids that are interested in racing enduro just try it and if they like it they stay there. This coming from my own experience as one of those kids.

skiwenric (Nov 17, 2019 at 15:59)
Jack the Ripper! yeah bud, enjoy Queenstown and looking forward to what next season brings

Not sure why your autocorrect goes straight to "jack off" but maybe you need to clear your history and cookies...

thesharkman (Nov 16, 2019 at 22:04)
@mikeyorange: maybe he was talking about something completely different.