rcrdrvr edspratt's article
Jun 7, 2020 at 20:03
Jun 7, 2020
Video: Improve your Cornering Technique with Brendan Fairclough
unweight, weight, unweight, lean forward a little...unweight at the end for quick direction change, or straight, esp if you get loose!

rcrdrvr brianpark's article
Jun 6, 2020 at 9:12
Jun 6, 2020
Race & Accessibility in the Mountain Bike Community
"no one should be bullied or treated with disrespect" - nailed it bro. Kind of tired of morally corrupt people. Same old battle of good vs evil. Hopefully good will prevail.

rcrdrvr sarahmoore's article
Mar 16, 2020 at 22:42
Mar 16, 2020
Video: Home in the Surrey Hills with Brendan Fairclough in 'Between the Races'
glorious looking, this and the Hazzard edit!

rcrdrvr jamessmurthwaite's article
Feb 25, 2020 at 7:38
Feb 25, 2020
Slickrock Trail Oil and Gas Parcels Removed From BLM Proposal
@bman33: First of all I do not think one form of energy production can dominate....yet! There are certain states that are promoting clean energy and others that do not. Eventually clean energy can take over and be supplemented by other forms. As to your article...these lands were opened up before his administration took over and any moves to back out of the obligations were met with strong resistance. Under the current admin it's gotten even worse. Saving these two parcels were done for two reasons . To distract from other plans and the areas showed little money making potential!

rcrdrvr jamessmurthwaite's article
Feb 24, 2020 at 16:44
Feb 24, 2020
Slickrock Trail Oil and Gas Parcels Removed From BLM Proposal
@bman33: You mean the one prior to that. The BLM released these six Utah plans in a dizzying flurry—one plan almost every week from August 1 to September 5, 2008. All before Obama could shut it down!!!! Dude, fracking is not needed...they have an over abundance of shit oil they sell to Mexico so it can be refined right next door to us and sold back because of the lack of regulation there. Over abundance of liquid natural gas too...they just can't ship it fast enough because of trucking regulations down to 8 hr drive days. Hence the push for autonomous vehicles that shouldn't be allowed to drive on the same roads as the rest of us, but guess who is repealing an ignoring those safety concerns and at the same time pushing for cars that run on the shit. Super inefficient but they can sell it at such a cheap price because of the over abundance, hence all the attacks on electric vehicles...they're going after Tesla hard. And on and on and on...attacking from every angle! All for money and greed, none of it good for the environment. If they would put all their money into clean tech it would be the next big economic boom, but they don't want that....not yet!
Load more... 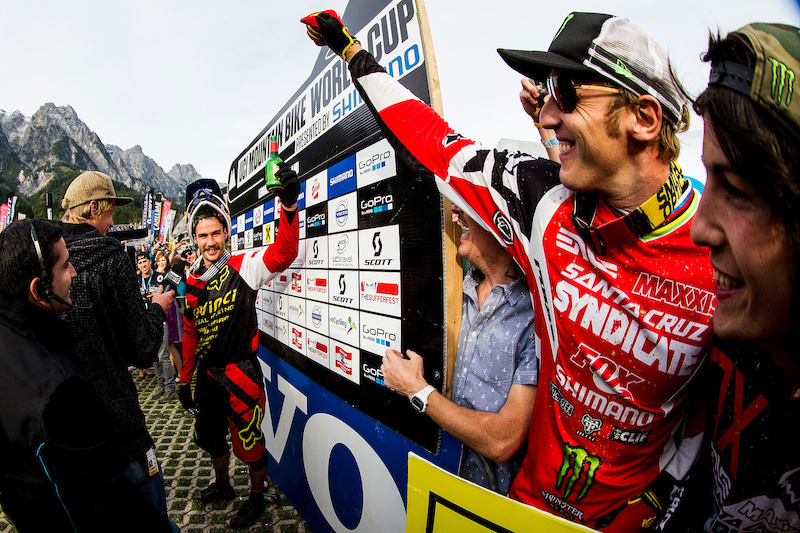 Video: Home in the Surrey Hills with Brendan Fairclough in 'Between the Races'
16 Mar 2020

POV: Brendan Fairclough's Red Bull Rampage Run
28 Oct 2018
You must login to Pinkbike.
Don't have an account? Sign up