rffr mikelevy's article
Dec 23, 2012 at 23:02
Dec 23, 2012
Sam Hill Signs With Team CRC/Nukeproof
" Specialized doesn't manufactuer anything, they are a marketing machine; they third party their manufactuering." Does Intel build their processors anymore? Does Apple make their ipads or iphones. Does Chevy make their Camaros, Does Canon make their cameras, Does go pro make anything themself? It's capitalism. No one makes their own shit these days. Only a few true companies make their own bikes these days. Intense, foes, BCM, and a few others. The rest are shipped out of house. Heck, rider owned means crap. Who cares if rider owned exists as long as they are sending their crap to Asia to be made. None of that means anything. Unless it says MADE IN USA, or MADE IN CANADA, or MADE IN ITALY etc, who cares if some rider baddass owns the company, because all it means is they are sending shit overseas to be made, rather than have the capacity to do it in house. Now specialized is NOT a marketing machine only. I have been in their R&D shop, where they design all their stuff they get made cheap overseas, and it's on par with the aerospace industry. Top end. BUT, they don't go they 2nd step and have shit made here. Price this and that is bogus. There was a time cars were made entirely in the US and it was affordable. Inflation, and stupidity have caused everything to be made anywhere but here. Heck, even Tomac, yes, TOMAC is not made in Asia. Last time I would ever get even close to a brand that charges major money for their stuff. Demos...crap. Tomac... crap. GT crap. Why, because it doesn't help local families put food on the table each night. Sure maybe the ones designing, or marketing, but outside of that... nada. Even still, point got mislead, Specialized is not just a marketing machine in the end, they design stuff, but that is not enough for most of us, which is what the above rant is for.

rffr SheGNARnigans's article
Dec 12, 2012 at 23:51
Dec 12, 2012
Video: The Girls
"Give her a chance to thrive and excel quickly by showing confidence in her skills... The reason I'm involved in DH today is because I had a great guy friend (who was a NORBA racer way back when) show me the proper techniques and then allowed me to progress with lots of his positive stoke and support. He believed in me and my abilities, and that confidence coming from him was a huge deal to my progression." Wait, so women question their ability? So do men, and we don't take other men to make us improve. Proper techniques? Seriously? Fall enough, you will learn. And confidence? Come on, what you need a guy to show you how to be confident? I've bough tons of girls into the sport, and treated them no different than the guys. It's seriously sad when you basically make it seem that guys need to "baby" girls, "show them techniques", and build their "confidence". Woman the eff up, get on the bike and shred. When it comes down to it the whole "girl" ordeal is bs, because they can rip as hard as us, if they get some bollocks and just do it. It doesn't take a "man helping them" for them to do it. You like it or you don't. Woman up and shred it. Period. And my ordeal is absolutely anti sexist. Women need NO, repeat NO, absolutely NO help what so ever from guys. Just DO IT. Period. No, well " my buddy helped give me confidence". it's like giving a girl a gun. Hand it to her, say woman up, and do it. Boom, she does it. Not say "heres how you hold it honey". That's complete BS. And the whole get another lady to teach her. BS. How many guys had a guy "teach them". You learn by falling and getting hurt. Learn to man the eff up, get on your bike and keep hittin it until you do it. You don't need teachers. This is not physical fitness. If it takes someone to show you something other than riding without training wheels... then I feel sorry for you, both male and female.

Seriously, as someone who has and is dealing with it, and also someone who has had a friend who has gone through a year of chemo, I'm sure you really can talk in the end. But then again, cool story bro, to someone who has to bring to "try going through" not realizing that the person who they are talking to has been there done than, known them done that ordeal. A+ story tho.

rffr brule's article
Dec 4, 2012 at 1:16
Dec 4, 2012
Video: Hottie Collision Red Bull Rampage
Little boys? Considering "Maxim" magazine is the most heavily read magazine by people under 50 asides from playboy and a few others, I'm sure it's nothing to do with "little boys". Get off your high horse. Your 30, you were still in diapers when some of us were shredding on our bikes.

rffr brule's article
Dec 4, 2012 at 1:09
Dec 4, 2012
Video: Hottie Collision Red Bull Rampage
Dude, we are guys. I'm sorry, but if you don't want to see hot chicks, or be an adrenaline junkie, go ride a fixie with some butch ugly hipster chicks. I mean seriously, some guys complaining about boobage, and the "looks on our sport". Hate to say it to the original poster but he rides this : http://www.pinkbike.com/photo/7060540/ basically, nothing to do with DH or manliness. Give me some strippers, a long travel dh rig, some gnar kill rock gardens steep as hell, a truck bed of booze, and we have a party. I'm sorry, but if you don't agree, you aren't a DHiller. Have you seen some of the parties the WC DHllers holds each race? Boose, bitches, bikes, boobies. Nuf said. I swear, the day that DH turns into a metrosexual hipster crapride like fixies with "FADSTERS" who do it because it's popular, is the day DH is officially dead. DH has always been filled with manly men, who like BOOBIES. Fuck image, DH and Freeride was NEVER ABOUT IMAGE!!!!!!!!! It was about tattoos, bikes, injuries, boobies, booze, and doing shit that everyone else said they would never follow or respect. Basically all the comments saying omg this is bad for our image... I'm sorry but this reminds me of mtb in the early 90's to early 2k's. Pansy filled xc racers that were jealous the DH riders were stealing their wives. Grow some bollocks and man up.

And backflipping 40 footers, riding freeride, doing stuff that in all terms is bad your your life in terms of years, is better somehow? What because you don't hear about injuries that much? I wonder how many freeriders are really f'd due to riding. How many downhillers can't walk, or have to have their family feed, bathe, and put them to bed each night. How many riders who have massive brain damage, or have severe arthritis by the time they are 35? Yet you call dipping bad. It's a numbers game, and big time riders have probably thousands of odds more of lessening their life than chewing. But heck, jump off a 4th story building 20 times (land the first 18 times, and say hey, this is better than dipping or smoking... but then the last 2 times you utterly destroy your body in a single actio). Basically these people risk breaking major ordeals in their body. Look at Matt Hoffman... look what injuries he has endured and suffered... and tell me, he took less years off his life than dip. Seriously, when it comes to a sport of doing crazy shit high in the air... over big gaps, you think the last thing someone would bitch about is dip making life shorter. Don't ride at events like this if you don't want to make your life shorter, because I'm pretty damn sure the odds of riding this type of stuff will shorter your life much much more than dipping. Once again, epic fail on a comment. Life is short, enjoy it.

And smoking causes lung cancer, eating bacon causes heart attacks, marriage causes depression, having kids causes poverty, cars destroy the world, farts add to carbon foot print, wearing running shoes daily is bad for you. Pretty much everything in this world is bad for you in some way. Life is short, enjoy it, and if having a dip in makes something better, than sure why not. But taking the time to remind people of something that is written on nearly half the lid of a can of every can of dip in the US, is like taking the time to tell someone sitting at a fast food place that what they are eating is bad, can make them fat, and cause cancer as well. 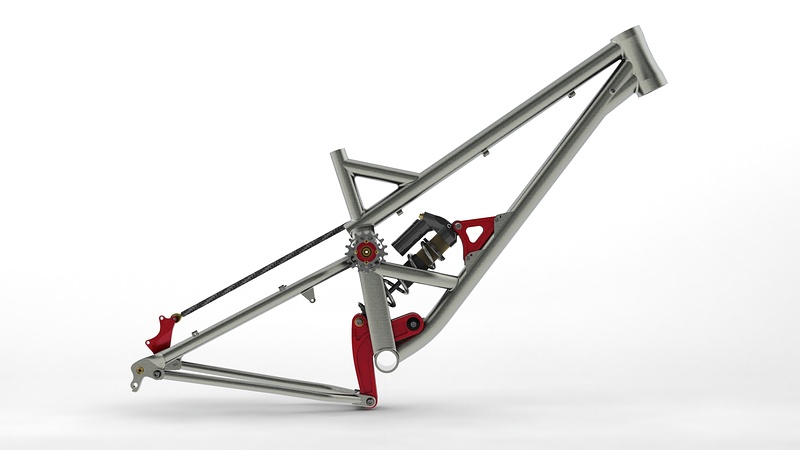